Remake of House of Wax... or Tourist Trap?

Jaume Collet-Serra’s 2005 film House of Wax hit during the heyday of the ’00s remake craze; in fact, it has the distinction of being one of the first despite very, very loosely adapting its source material. With that said, most viewers probably know what they’re getting with a movie from this period: popular alt rock, a cast of young and amiliar faces, and a penchant for more gore than the usual slasher movie fare because everything is ratcheted up to 11. While House of Wax certainly shows some flaws in its mold, it is also a surprisingly effective entry in the remake craze that shows there was originally some promise in trying to capture the charm of some older films.

Elisha Cuthbert stars as the film’s main protagonist Carly, twin and most level-headed of her group of friends headed on a road trip to catch some spectacular football game. She’s accompanied by boyfriend Wade (Jared Padalecki), brother Nick (Chad Michael Murray), and friends Paige (Paris Hilton), Dalton (Jon Abrahams), and Blake (Robert Ri’chard), most of whom are pretty interchangeable as human beings (read: annoying stereotypes, for the most part). They end up stopping in Ambrose, a town only known for its House of Wax museum and possibly the largest roadkill pit in America, and soon they find out that this was quite possibly the biggest mistake of their lives. That’s because twin brothers Bo (Brian Van Holt) and Vincent have turned the entire town into human candles, and foolishly crafted their whole museum out of wax too. Clearly, it’s not going to end well.

Collet-Serra doesn’t conjure a whole lot of atmosphere out of this cross between Wrong Turn, Waxwork, and Tourist Trap, but the film works fairly well as a standard slasher film with multiple environments that add movement to the particularly long running time. No one is going to claim House of Wax is an original idea, but its execution is good enough to warrant the copycat elements at play. (Seriously, it is very hard to deny the fact that House of Wax is almost a clone of Tourist Trap, just substituting mannequins for wax figures.) The film ratchets up the gore and it has some great effects gags including peeled wax faces, exploding wax heads, and a brutal penetration of Paris Hilton.

However, the film is too dang long and it has a lot going on that doesn’t have enough resolution. There’s clearly an element about twinship that Collet-Serra wanted to portray – both Bo and Vincent and Carly and Nick are twins, with a particular emphasis on the elements of good and evil at play between them – but that theme never comes out too much, especially since it doesn’t really matter which twin ends up being the truly “evil” one with the film’s final twist. House of Wax also suffers from its dated references, including a particularly exploitative night-vision camera shot of Paris Hilton. Bad ’00s rock abounds, and the soundtrack is always eager to squeeze something else into the mix.

Despite all of these problems, House of Wax still has a cheesy charm that’s hard to deny. It’s certainly not the best slasher but it shows it’s one of the better films of the genre revival, and while that might not be saying a whole lot, viewers should have a fun time watching this one burn.

Scream Factory has provided a new 2K scan of the film’s interpositive for this new Collector’s Edition release and the results are excellent. The video quality is definitely a step up from the past Blu-ray release of the film, with great detail in facial features, clothing, and good contrast during darker sequences with a film grain that has not been DNRed. The movie is particularly dark in its final act and that is managed well without black crush, with just a small loss in quality in a few key dark scenes. For an interpositive scan, I am very pleased with the results on this release and it definitely is the best release of this film yet.

Audio is a DTS-HD MA 5.1 track (note: previous Blu-ray had a lossy Dolby 5.1 track) that sounds quite robust, including a strong use of surround speakers for ambience and jump scare stings. Dialogue is clear and consistent, and the soundtrack certainly uses all channels to good effect. English subtitles are also included.

Extras include a number of new interviews thanks to Reverend Entertainment. A surprising appearance comes from Paris Hilton, who talks about the film for just under ten minutes. Robert Ri’chard contributes another 5 minutes, along with a Skype interview with composer John Ottman and makeup artist Jason Baird. All told, almost 30 minutes of new featurettes here from Scream Factory, although it is a little disappointing that no new audio commentary was recorded for this release. I have to imagine Cushbert and Padalecki were not interested in making an appearance.

Also compiled are the rest of the featurettes from the previous Blu-ray release including B-roll and bloopers, a location shoot, visual effects special, an alternate opening, and a number of cast and crew interviews. This release also gets new cover artwork and a slipcover along with the original artwork on the reverse sleeve. See below for the full list of features and their runtimes.

Scream Factory has done a great job on this Collector’s Edition release of House of Wax, improving on the previous release and adding a number of new bonus features along with a great 2K scan and excellent audio elements. If you’re a fan of the slasher revival, you’ll want this one in your collection. 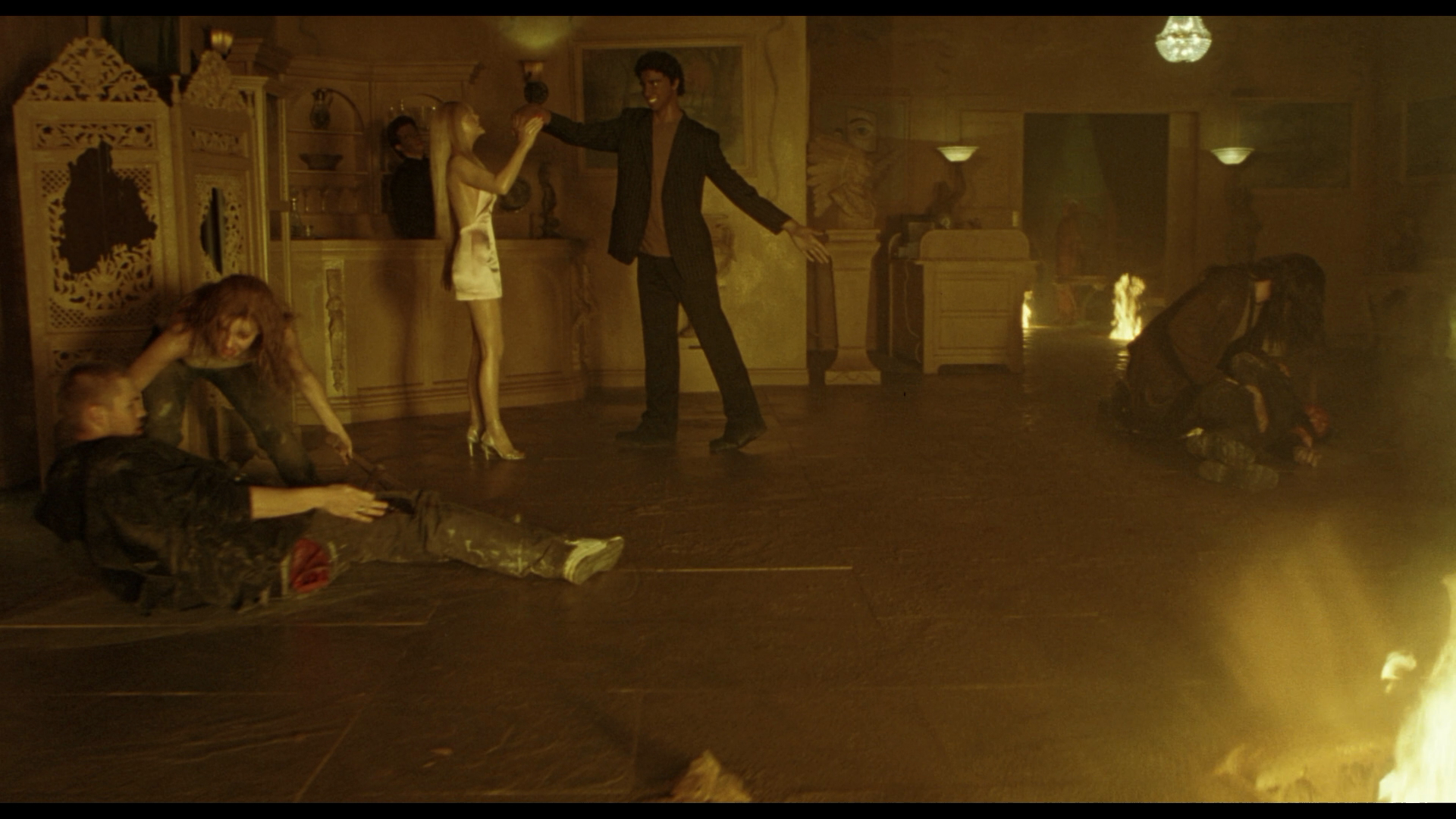 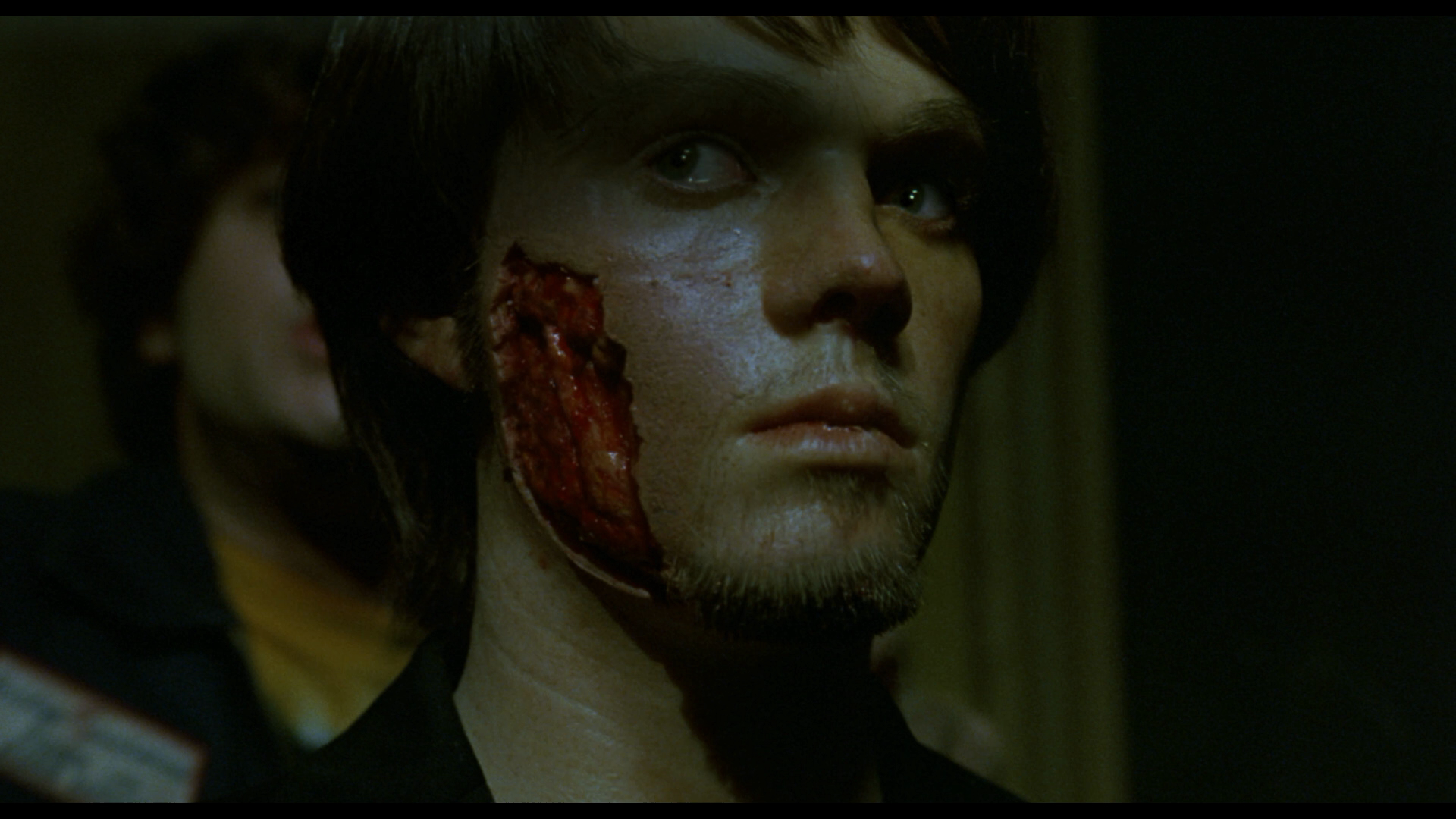 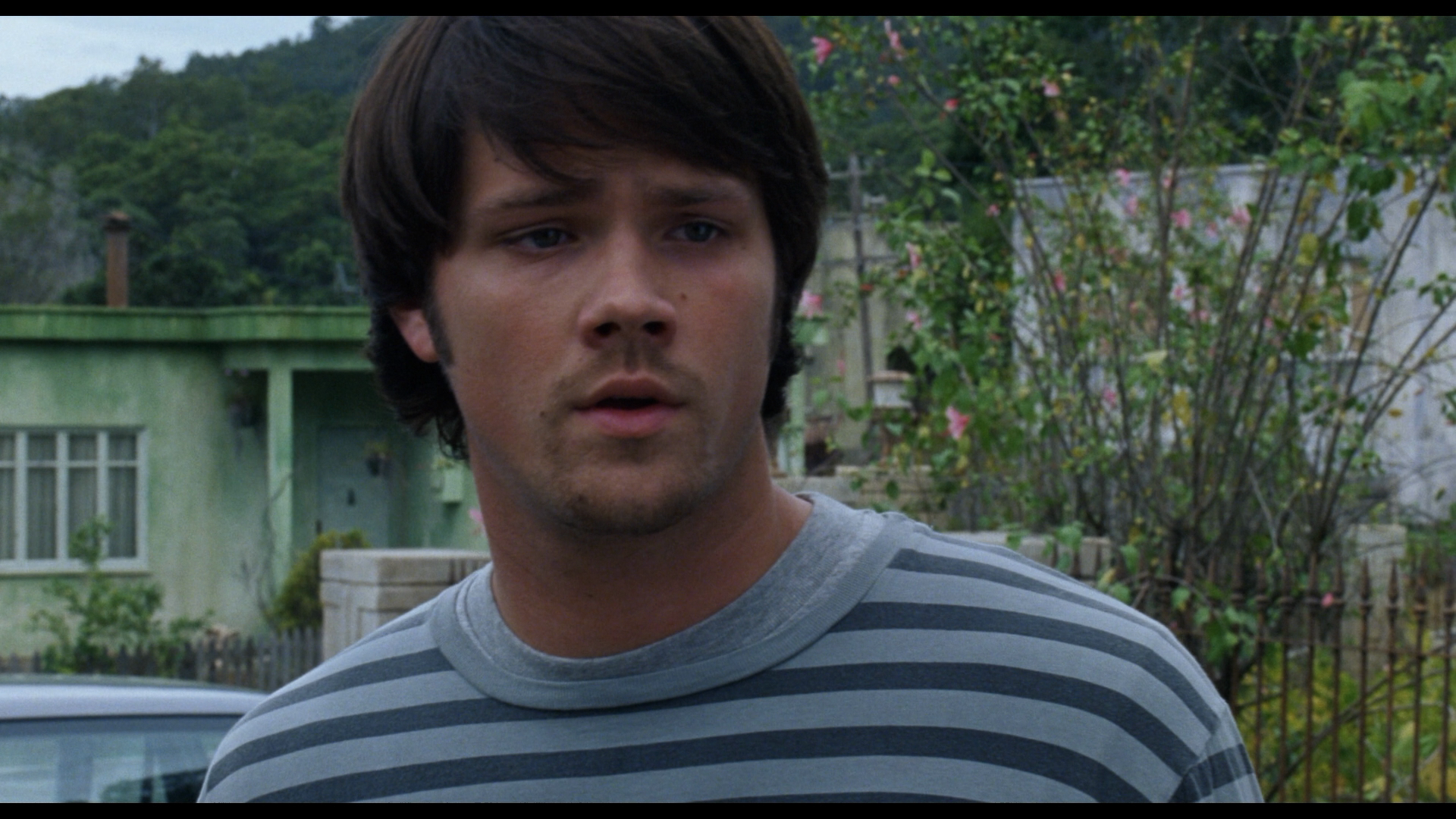 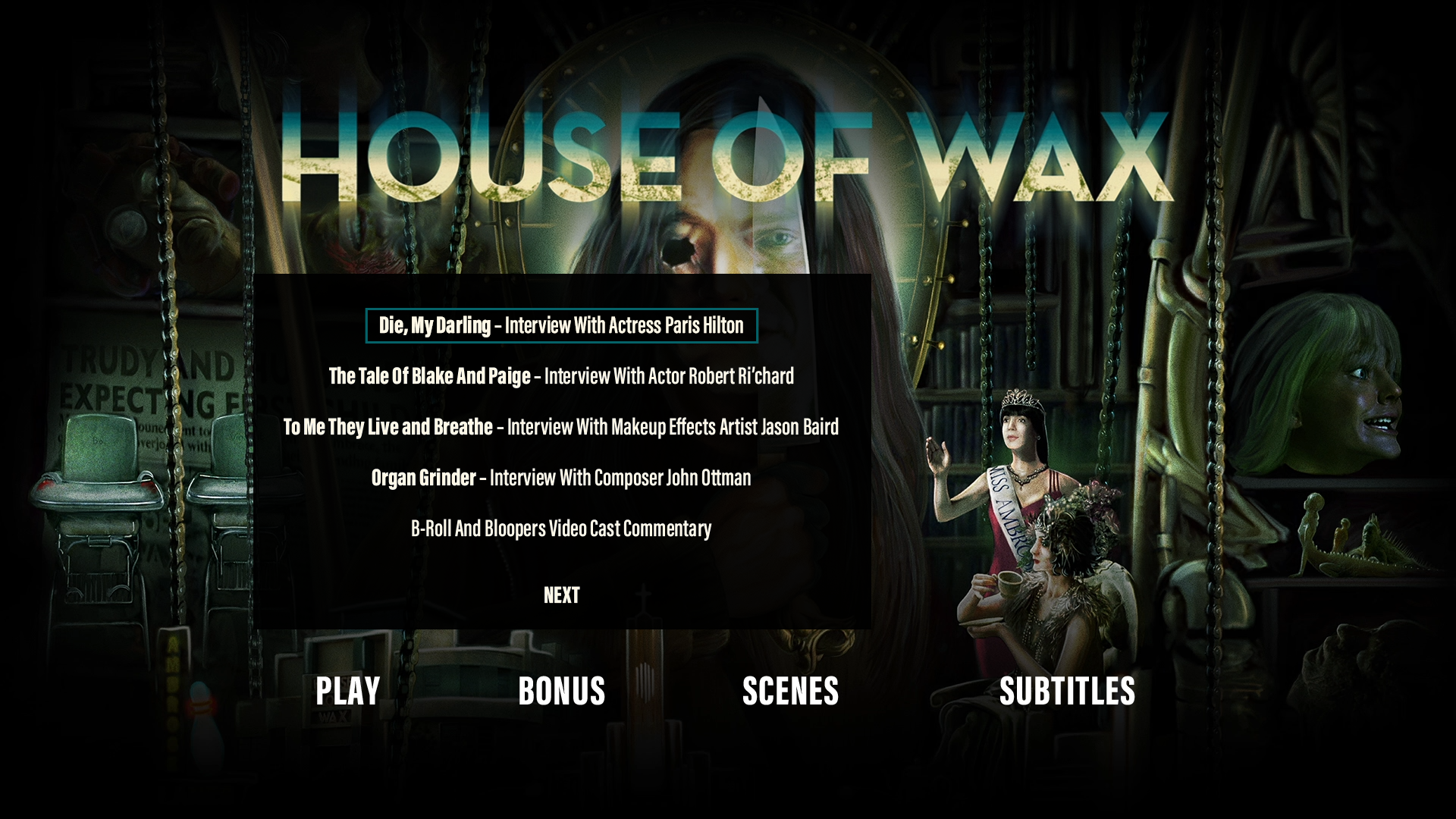 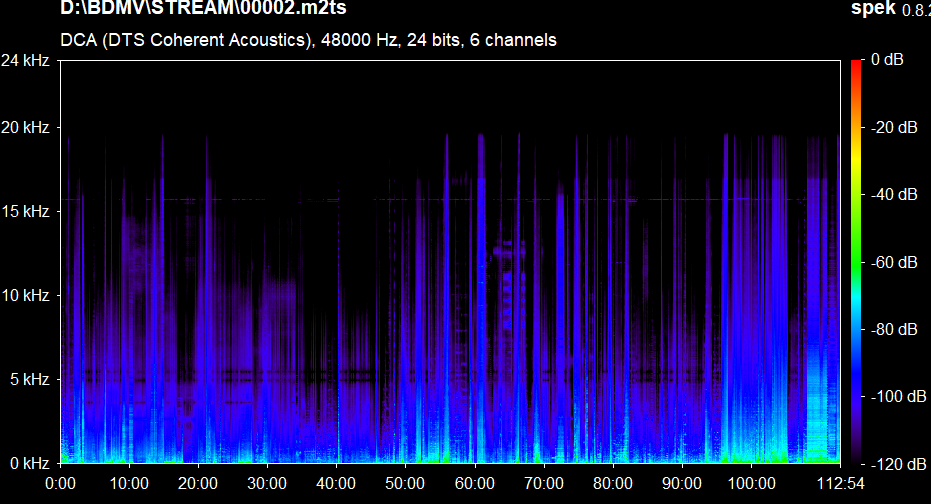 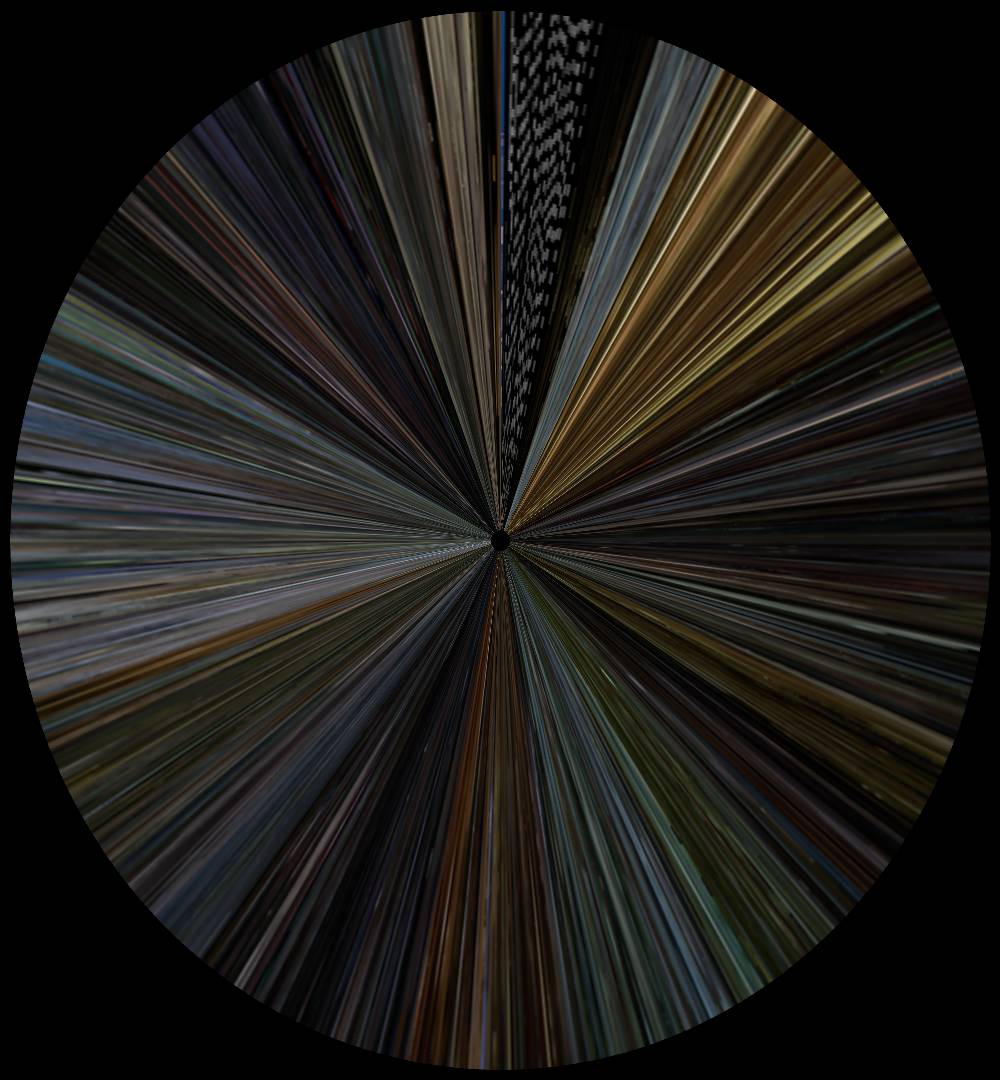 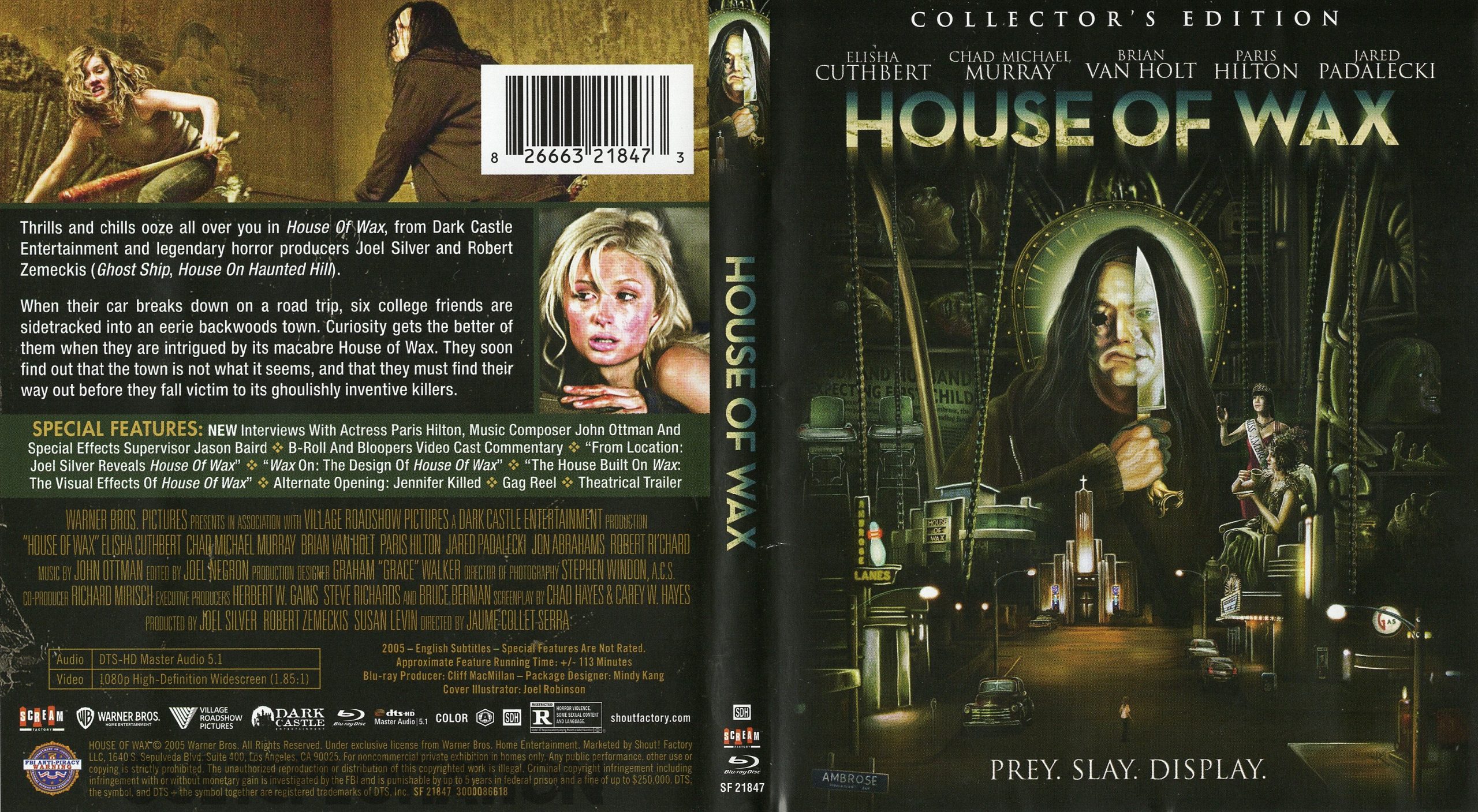 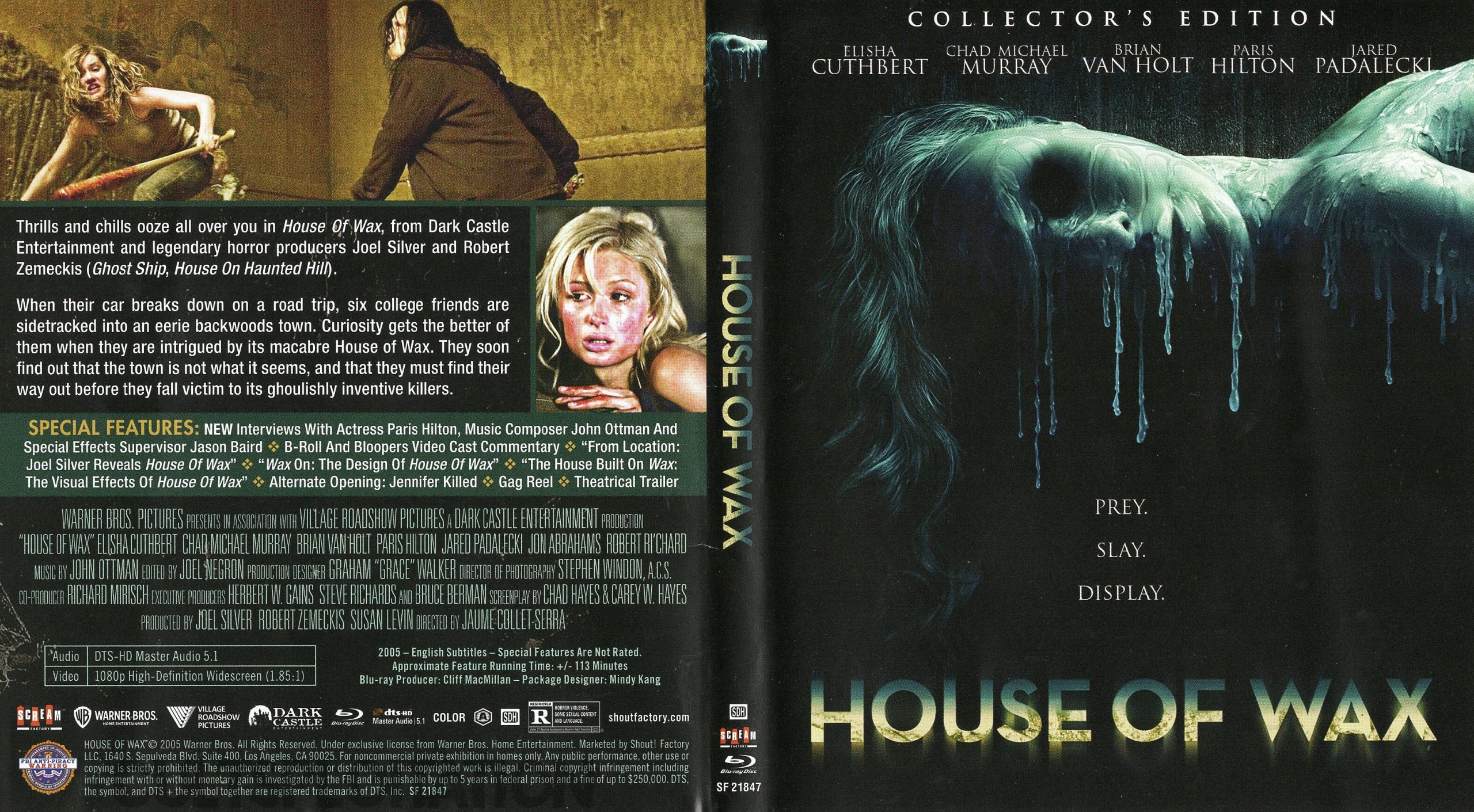 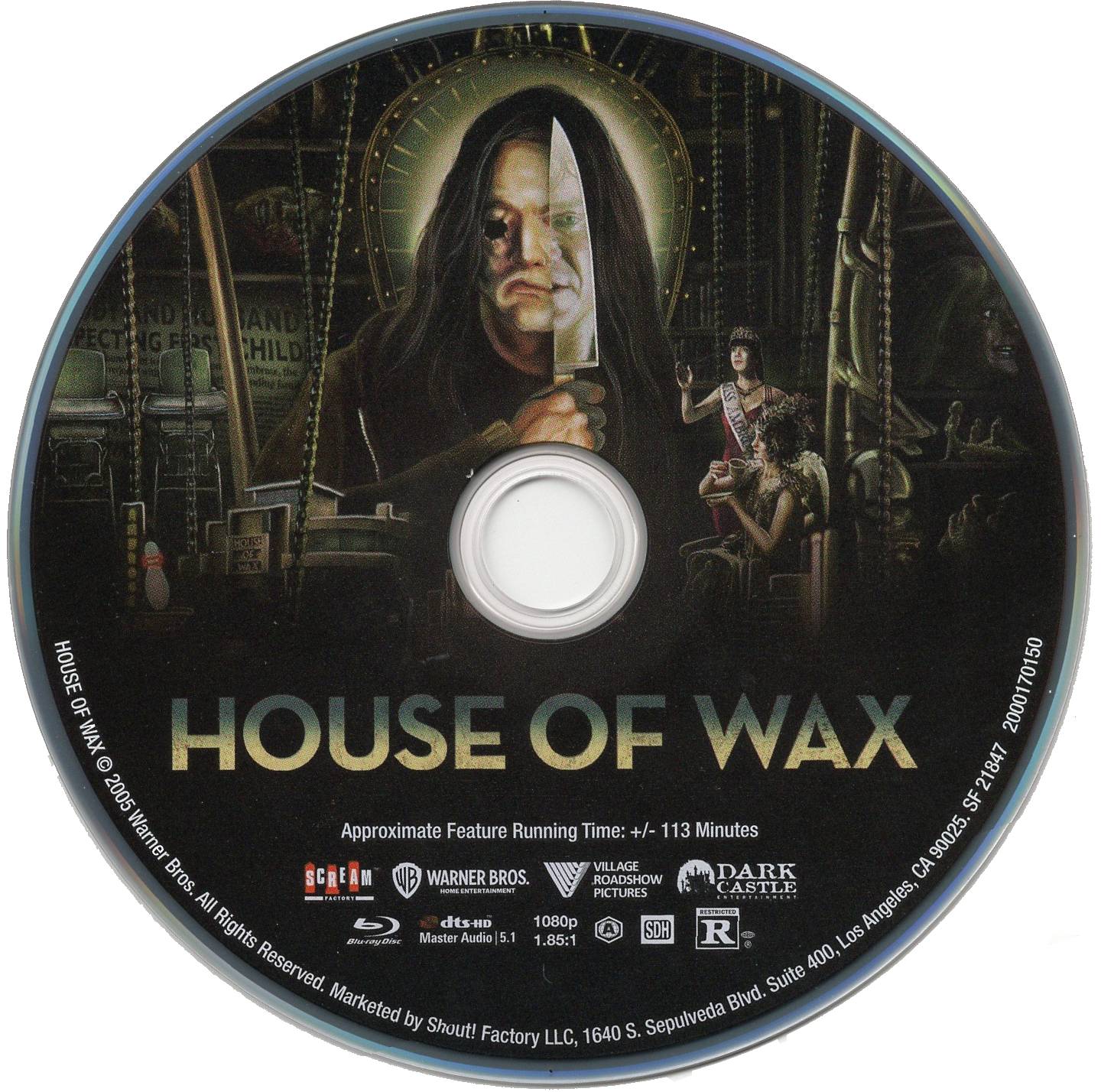