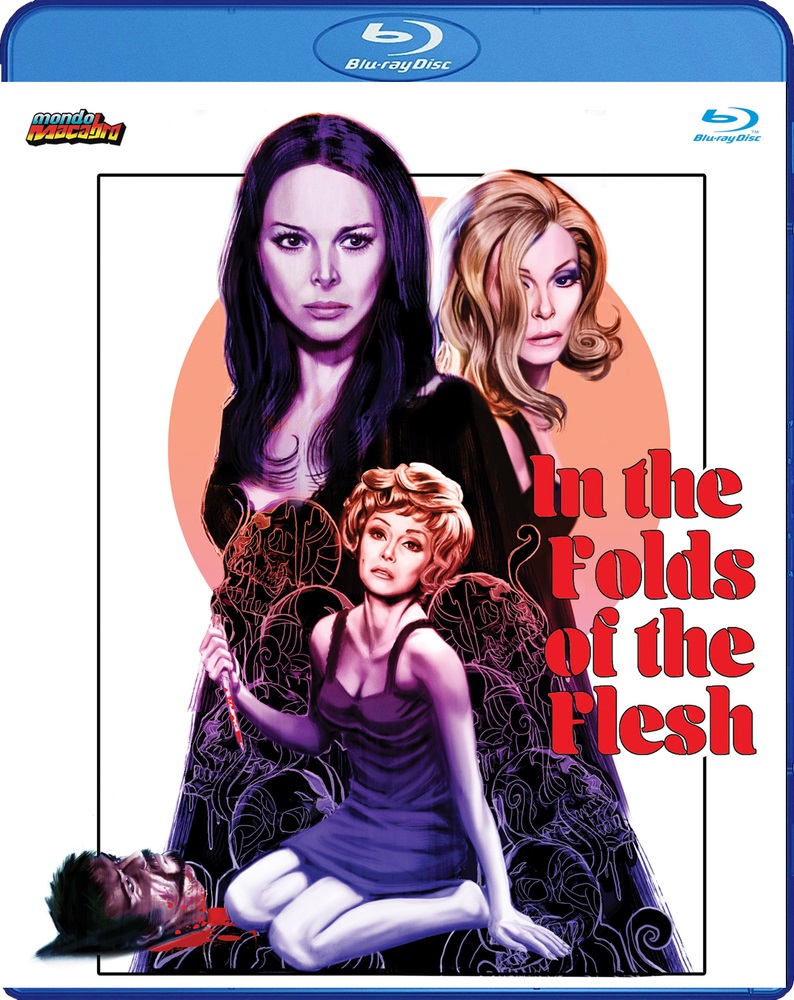 In the Folds of the Flesh Blu-ray Review (Mondo Macabro)

What a wild ride

If you’re looking for a movie that features identity crises, incest, decapitations, and Nazi concentration camps, all intermixed with a flavor of giallo, then boy does Sergio Bergonzelli have a movie for you. In the Folds of the Flesh is an Italian/Spanish co-production that throws realism out the window in favor of a demented plot about a family living in an Italian villa who routinely kill their visitors, all in attempts to cover up a previous murder of their patriarch Andre years ago. One could say this thing never even starts on the rails, but it keeps getting crazier (and more ambitious) throughout its runtime.

We open with Lucille (Eleonora Rossi Drago) burying a body and setting sail to an empty boat, all while a fugitive is on the loose from police. Turns out Lucille’s brother Andre, who we later learn was part of some criminal business dealings, is missing and presumed drowned, and as the viewer we already know that Lucille has some part in it. The plot fast-forwards years later, with Lucille raising Andre’s kids Falaise (Pier Angeli) and Colin (Emilio Gutierrez Caba) at the same villa and dealing with a number of nosy guys who visit asking questions like, “Why do you have vultures in your backyard?” and “Why was there a freshly dug grave the day Andre disappeared?” and “Why does Falaise wear a blonde wig and look like Lucille?” And we haven’t even mentioned Andre coming back from the dead to inquire about what’s happening with his kids.

Look, it’s really hard to give an accurate synopsis of what happens in In the Folds of the Flesh without giving away major plot elements, so suffice to say that the film has a lot of twists and turns to it that includes identity deception, a detective, and a murder plot. Bergonzelli’s direction gives viewers exactly what they’d want from a picture like this; while it eschews realism, and often falls into the territory of “rubbish psychology,” it’s a movie where viewers will want to switch off their brain and simply go with the flow. Agatha Christie this is not; but giallo fans should enjoy the mix of murders, sexual angst, and the confusing character swaps that happen late in the film.

It’s not a perfect movie – its middle act actually drags quite a bit due to a stagnant inclusion of a home invasion element – but for those who can simply accept In the Folds of the Flesh for its unique strangeness, many will find an intriguing blend of elements within. There’s even a black-and-white flashback to Lucille in a concentration camp watching her mother and friends die in a cyanide shower. For all of its excursions into madness, the film often finds lucidity in its human trauma, something that is at the heart of the overall murder mystery.

This one’s definitely recommended as a must-watch film for fans of giallo, poliziotteschi, krimi, or other subgenres akin to those; one will find that In the Folds of the Flesh does not fit comfortably in any one of those assignments but skirts all of them, making it a breath of fresh air that defies expectation.

Mondo Macabro’s Blu-ray of In the Folds of the Flesh features a new 2K scan of the original camera negative, and though the menu does not make note of it, queueing up either the English or Italian language track will also launch the appropriate credits sequences – the film has an early quote and English/Italian title card that differ in both versions. Overall the restoration looks excellent, with a healthy dosage of grain that does not become obstructive or chunky throughout. The colors are consistent with other films of the time, with bright reds notably popping out (particularly Lucille’s jacket). Skin tones and textures are sufficiently detailed. This film does not have a lot of dark scenes, and the ones that are included look like they were shot day-for-night, so blacks and shadow depth are not really a factor here. This release also does a great job managing the crisp black-and-white sequences. No real issues to report.

Included is both a DTS-HD Master Audio 2.0 mono English and Italian language track. I found myself favoring the Italian language track for what I thought was better dubbing; overall, both sound fine although the English track sounded a bit thinner to me. English subtitles are included but only for the Italian track; watching with the English audio will reveal subtle differences in dialogue.

Extras include a documentary on the films of Bergonzelli which does include some references to In the Folds of the Flesh, as well as a new audio commentary from Samm Deighan. Deighan does a great job of pointing out the film’s overlap and differences within the giallo genre, as well as how it merges other subgenre elements together. Much of this is akin to a lengthy audio essay and provides excellent context to the film’s unique approaches to cinema. Finally, both an English and Italian trailer can be viewed.

In the Folds of the Flesh is a film that horror fans should see; it’s quirky, genre-defying, and overall very entertaining. This Blu-ray release from Mondo Macabro is an excellent way to experience the movie, with a great transfer and a number of satisfying extras. 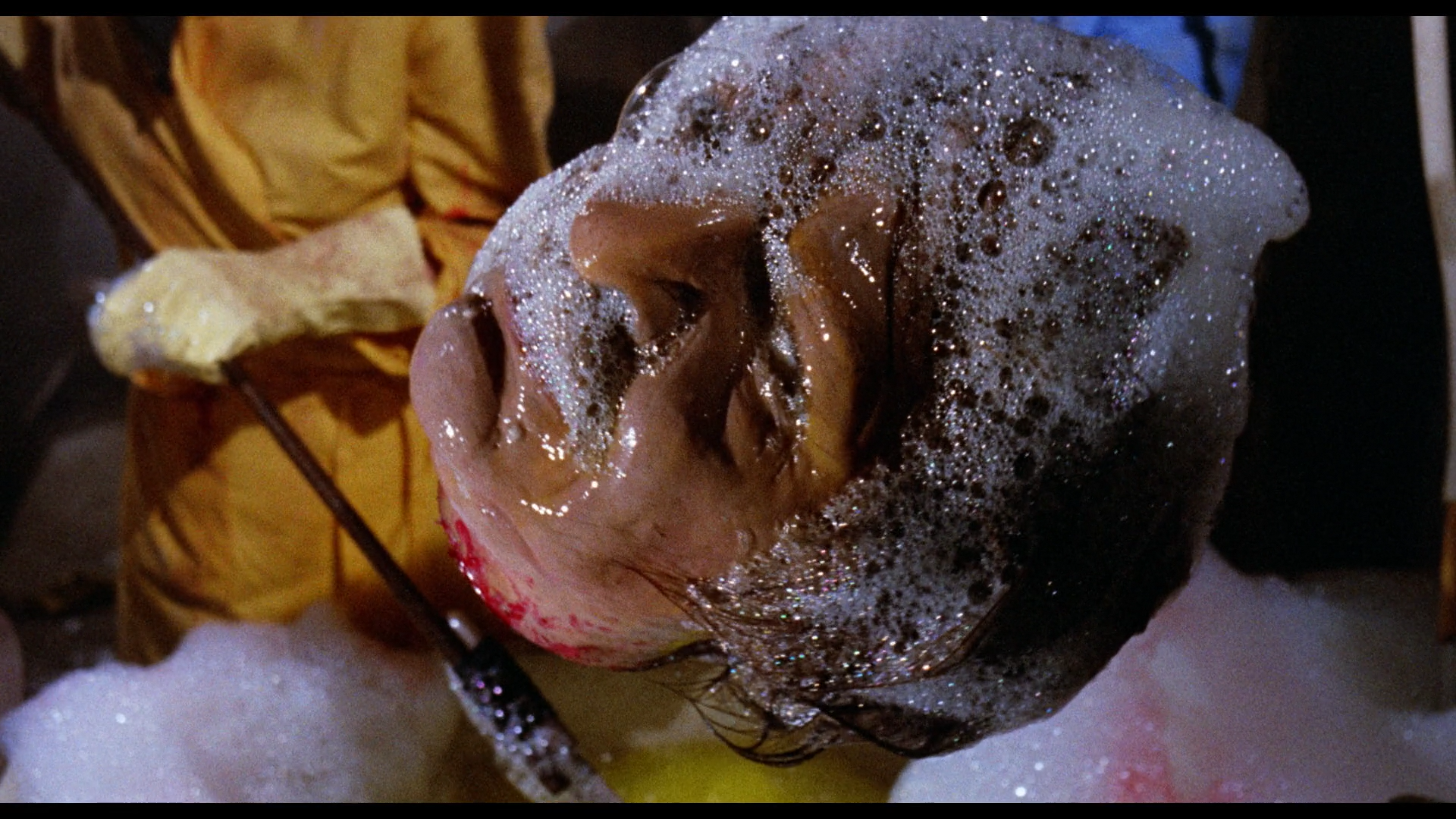 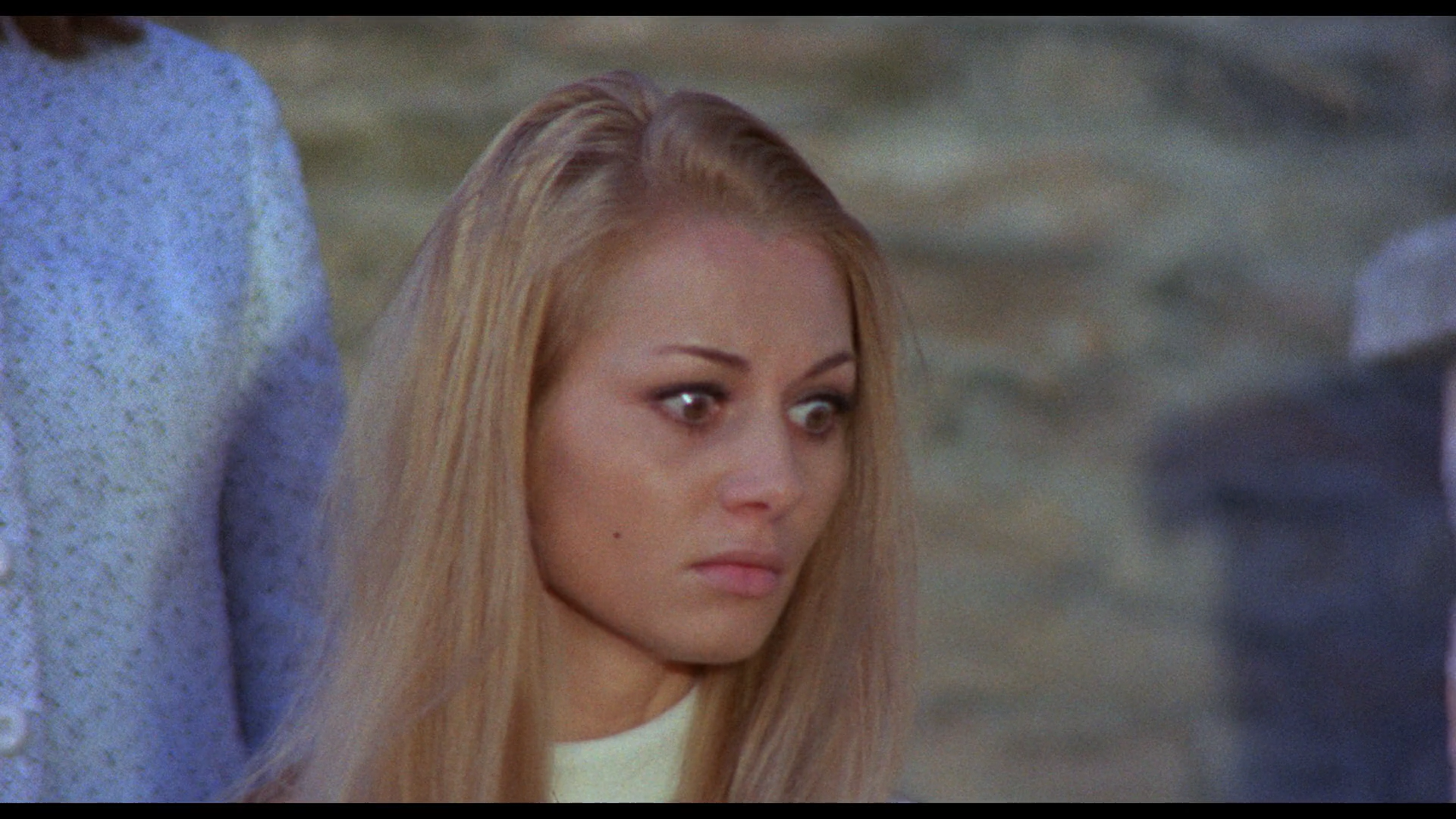 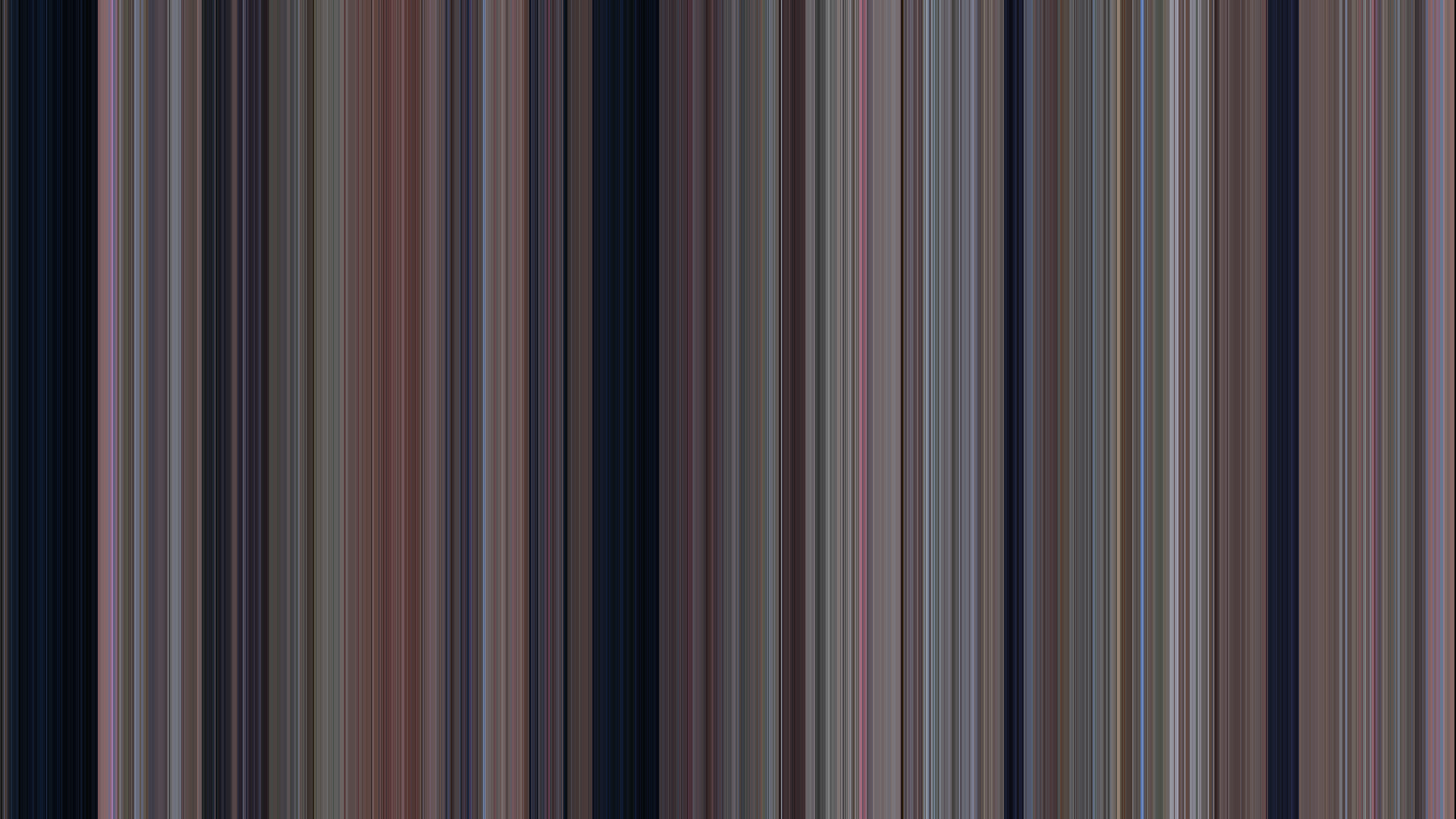 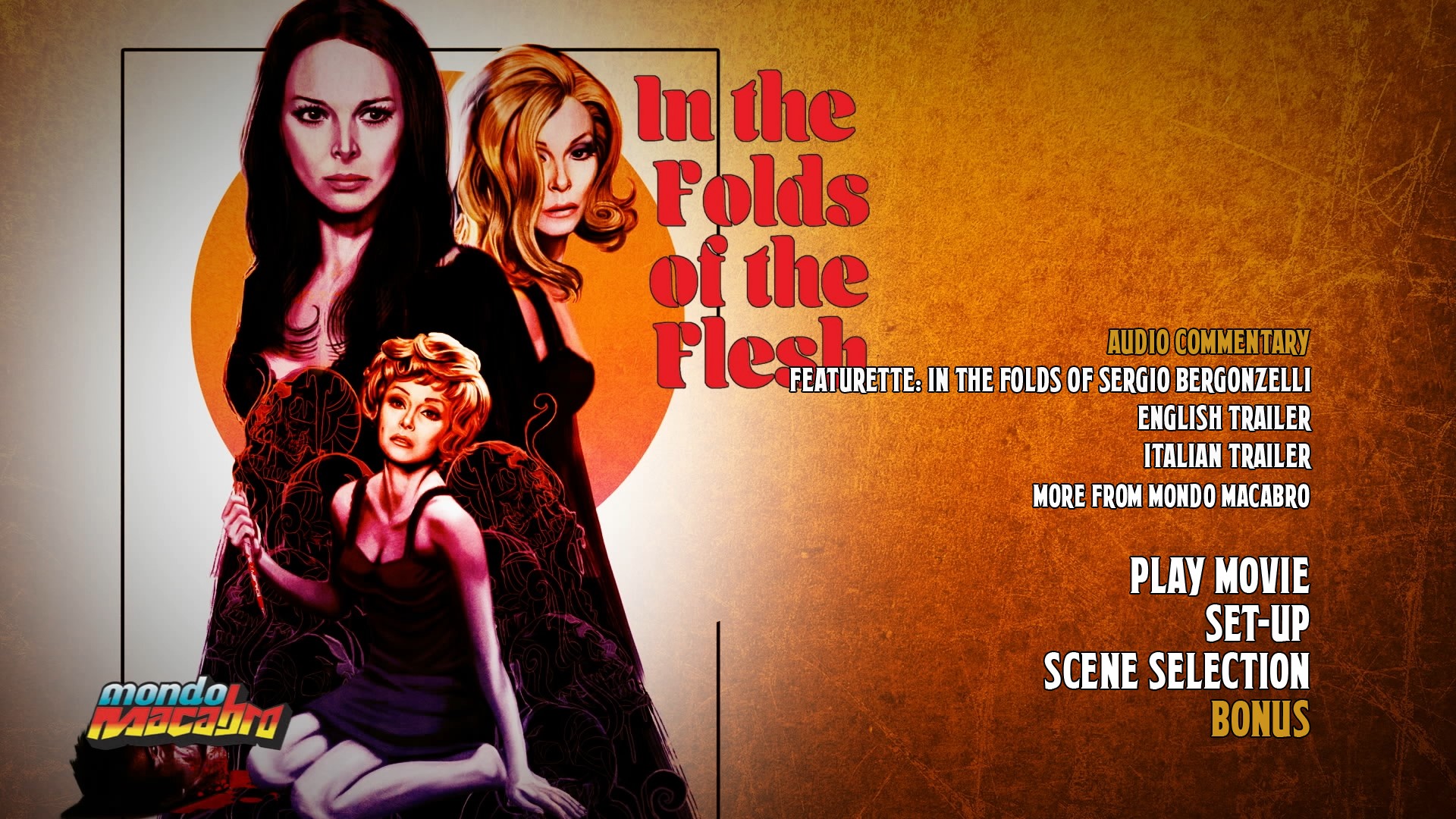 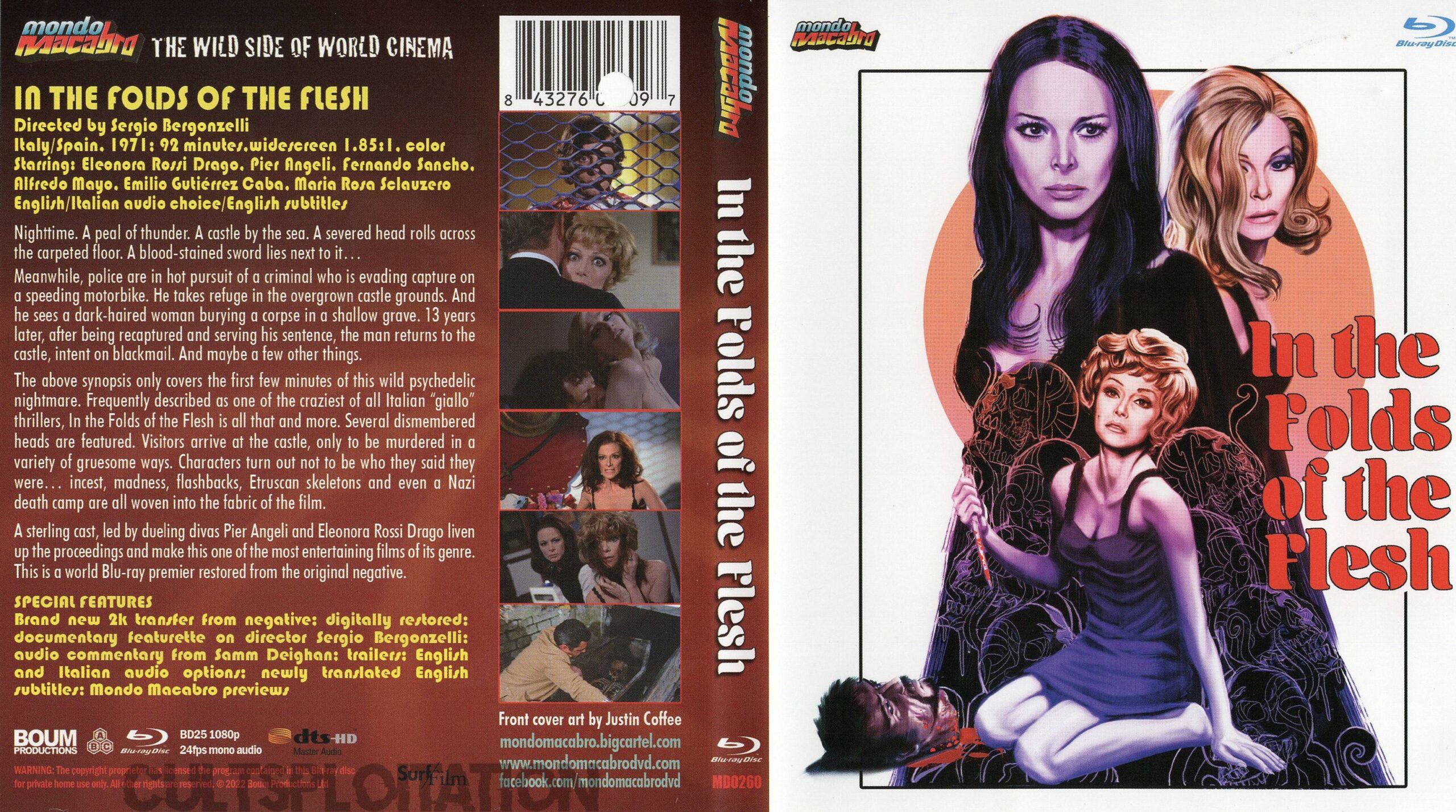 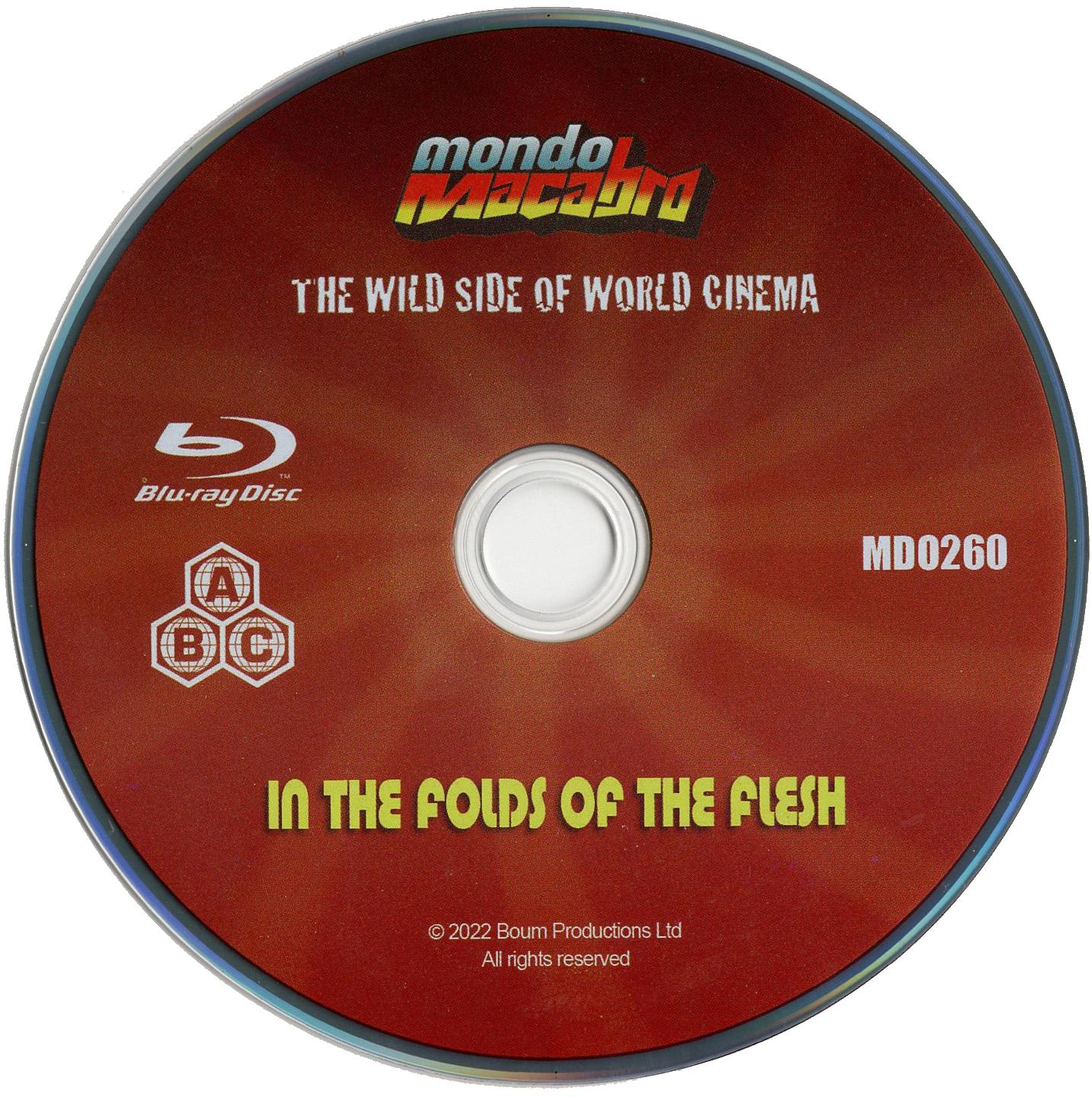