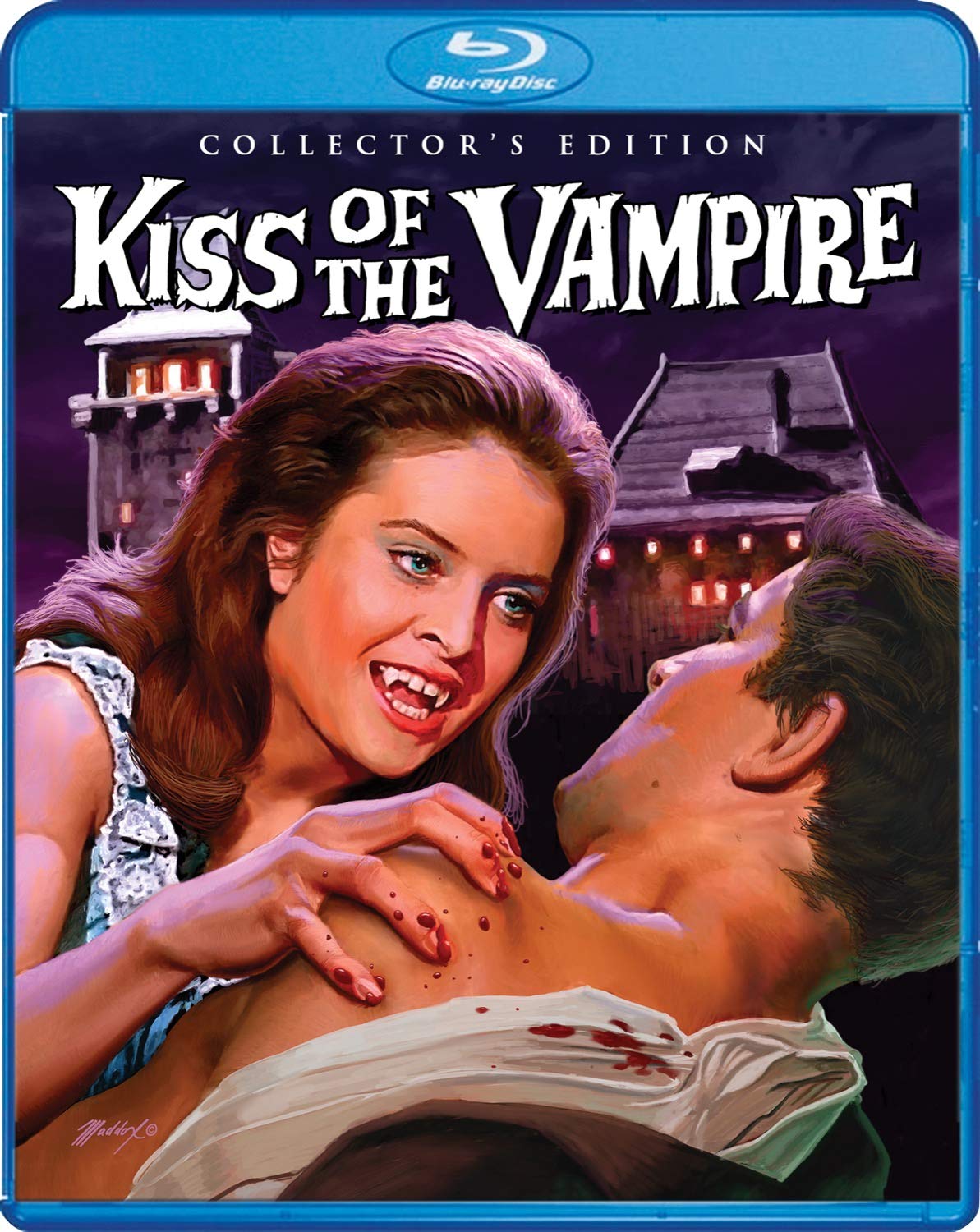 In 1963, Hammer followed up some of its most successful franchises (the Frankensteins, the Draculas) with a film about vampires without the titular iconic villain. Don Sharp’s Kiss of the Vampire makes no mention of Dracula though its head vampire Dr. Ravna (Noel Willman) is quite similar in character; however, Anthony Hinds’ screenplay focuses more on the idea of affluenza as part of the vampire affliction, complete with an entire cult of bloodsuckers kept in the good doc’s chateau. Despite a languid pace, Kiss of the Vampire is a fairly effective and moody Hammer production that changes up the formula slightly.

Gerald (Edward de Souza) and Marianne (Jennifer Daniel) break down at a small European village after running out of petrol on their honeymoon trip, so they’re forced to stop and get a room. They’re quickly invited to the Ravnas’ house, wherein they get caught up in the allure of the well-to-do doctor and his handsome children. It all quickly goes downhill, though, when Gerald finds out that Ravna wants to recruit Marianne into his society of good-looking vampires who attend sexy balls and hang out in an expansive chateau. And to be fair, I’d be jealous too if my wife was invited into the cult but I got left out.

Kiss of the Vampire starts off with a real barnburner – its moody Van Helsing stand-in, Professor Zimmer (Clifford Evans), attends a funeral and then drives a shovel directly through the deceased’s heart to start the proceedings. Unfortunately, from there things slow down a bit with Sharp’s direction. There’s actually not a lot of vampire action – nor much kissing – to speak of, with the film relying on a more character-driven plot to set up the tale of Dr. Ravna.

It’s unfortunate that the film’s action is so few and far between, because what Sharp excels at is crafting the mood. The Gothic set design looks beautiful, and the mystery at play is set up quite nicely, relying on the odd antics of Zimmer and the main characters’ innkeepers to generate suspense. Even the gala where Marianne is drawn into the cult is well-crafted as one of the vampires disguises himself as Marianne’s husband to coax her into the chateau.

Most will probably find Kiss of the Vampire moves too slowly even for a sub-90 minute film, though, with a lot of dryness in between some admittedly good atmosphere. Hinds’ screenplay has some intriguing underlying themes but the plot never hits the high notes of some of his more successful Hammer output like Brides of Dracula or The Curse of the Werewolf.

Still, Kiss of the Vampire is worth at least one viewing for its beautiful design, music score, and off-and-on thrills. It just takes a bit of patience to garner the same affections as Hammer’s Dracula series.

Scream Factory has released Kiss of the Vampire on Blu-ray as part of its Collector’s Edition series. The back cover states that this is a new 4k transfer of the interpositive but this is incorrect; it is actually a 2k scan of the interpositive. The film is offered in two aspect ratios, though the main attraction plays at 1.85:1.

The picture quality is, on the whole, quite good, with a medium grain scale and impressive detail in its close-up shots. Color is well-maintained with bright reds and greens. Dark sequences preserve detail without crush. However, one will notice that there are occasional dips in the quality of the film in specific scenes. One in particular is the ballroom dancing sequence, which features an inconsistent heavier grain scale and a large loss of detail. These happen haphazardly throughout the film, but they are significantly noticeable; it is almost as if these scenes have been added from a different source. Jumpy frames in scene transitions are also widespread. The 1.66:1 option is largely the same, with the same aforementioned dips in quality. It is important to note that both versions are missing the 6 seconds that results in a jump cut towards the end of the movie.

For audio, the 1.85:1 feature sports a DTS-HD Master Audio 2.0 mono track, which sounds crisp and clear with no volume issues and a nice robust soundtrack. The 1.66:1 version curiously only features a Dolby Digital lossy track; it’s unclear why they did not use the same DTS-HD track, but it may have something to do with the need to reduce the size of that feature on the disc. English subtitles are also included.

Scream Factory has included a fair number of new extras here. They continue their “Men Who Made Hammer” series with entries on James Bernard and Bernard Robinson, each lasting nearly 20 minutes in length and diving into the full context of their work on Hammer pictures. A new audio commentary with Steve Haberman and Constantine Nasr is included, but curiously it’s only available on the 1.66:1 aspect ratio, which seems a bit odd considering Scream is touting the 1.85:1 as the official offering on this release.

The 1.85:1 version does get an older audio commentary with Edward de Souza and Jennifer Daniels, however. Also included is the television version of this film known as Kiss of Evil, albeit in suspect condition (one can see the blurred Scifi logo in the corner, which indicates this was sourced from someone’s old VHS recording). This one also contains an audio commentary with Troy Howarth and Nathaniel Thompson. One can also simply watch the additional scenes added to the film for the TV version in a 16-minute compilation.

A theatrical trailer, a radio spot, and a TV trailer for Kiss of Evil round out the extras on the disc. There is reversible cover artwork and slipcover for packaging.

CHECK OUT
Our full uncompressed gallery of screenshots from the Blu-ray.

In terms of sheer content, this Collector’s Edition knocks it out of the park compared to past releases of the film on Blu-ray, especially with both aspect ratios. And for the most part, the transfer is quite good despite a few drops in quality throughout. This one should be right up a Hammer fan’s alley to upgrade. 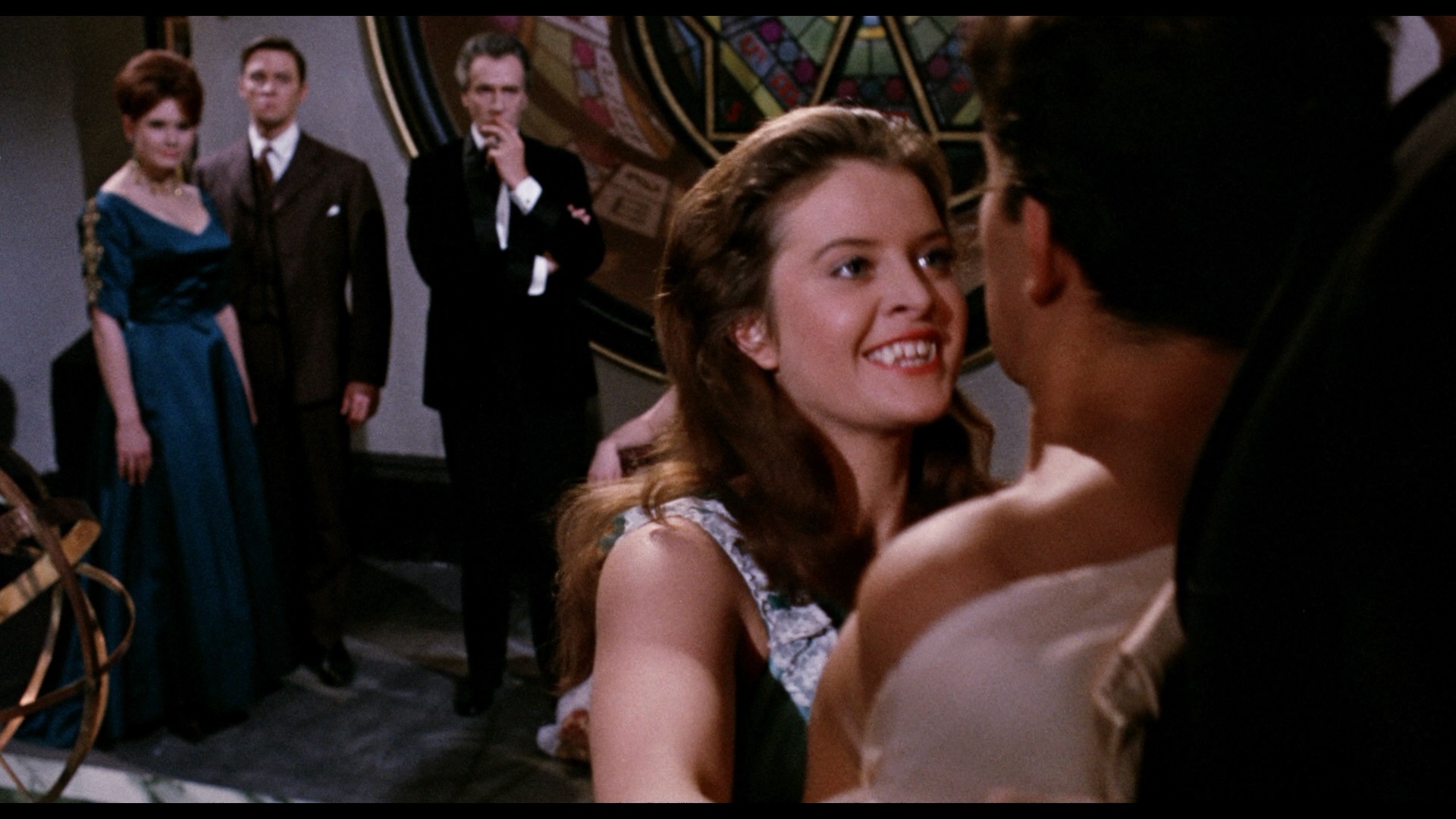 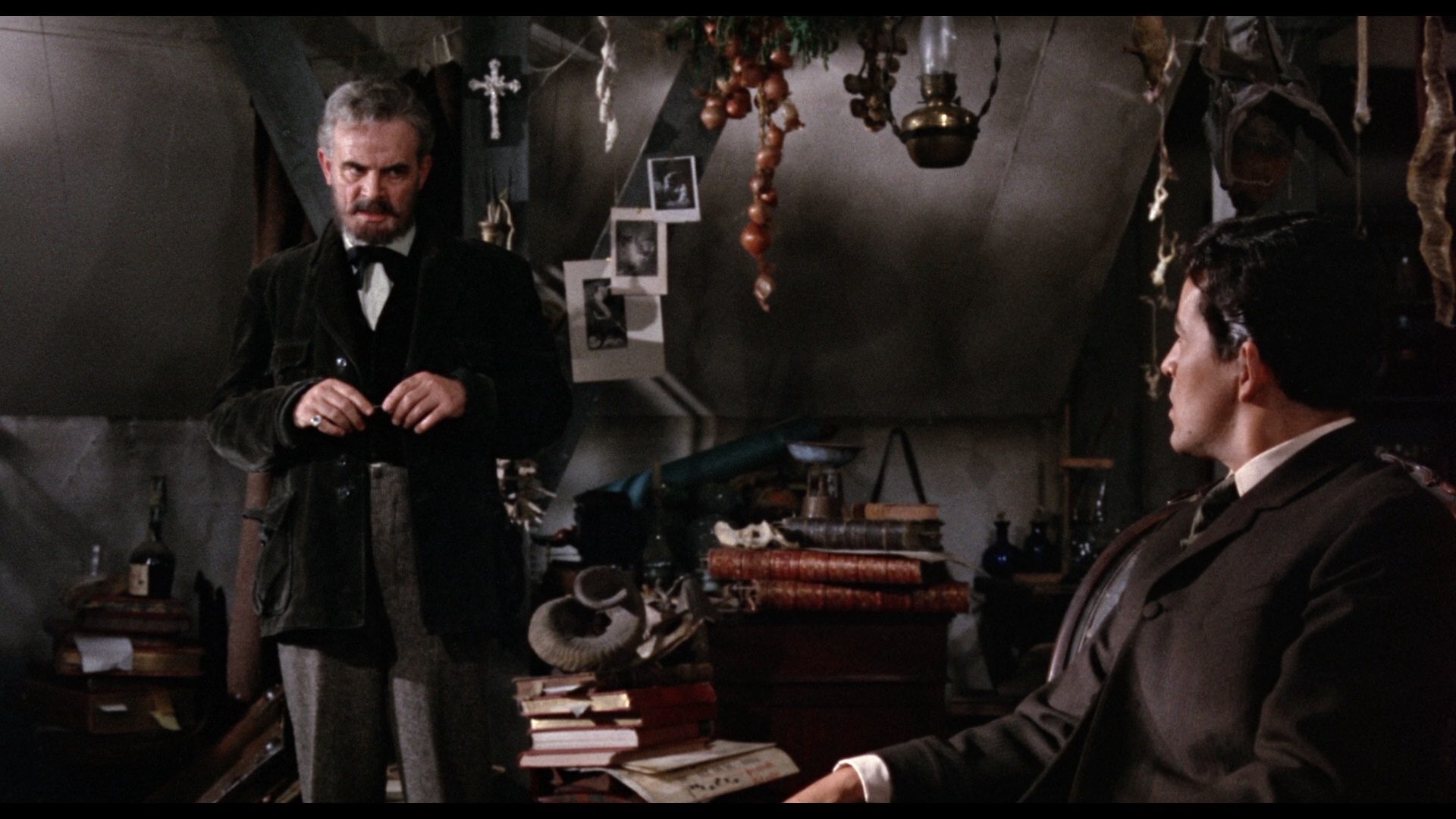 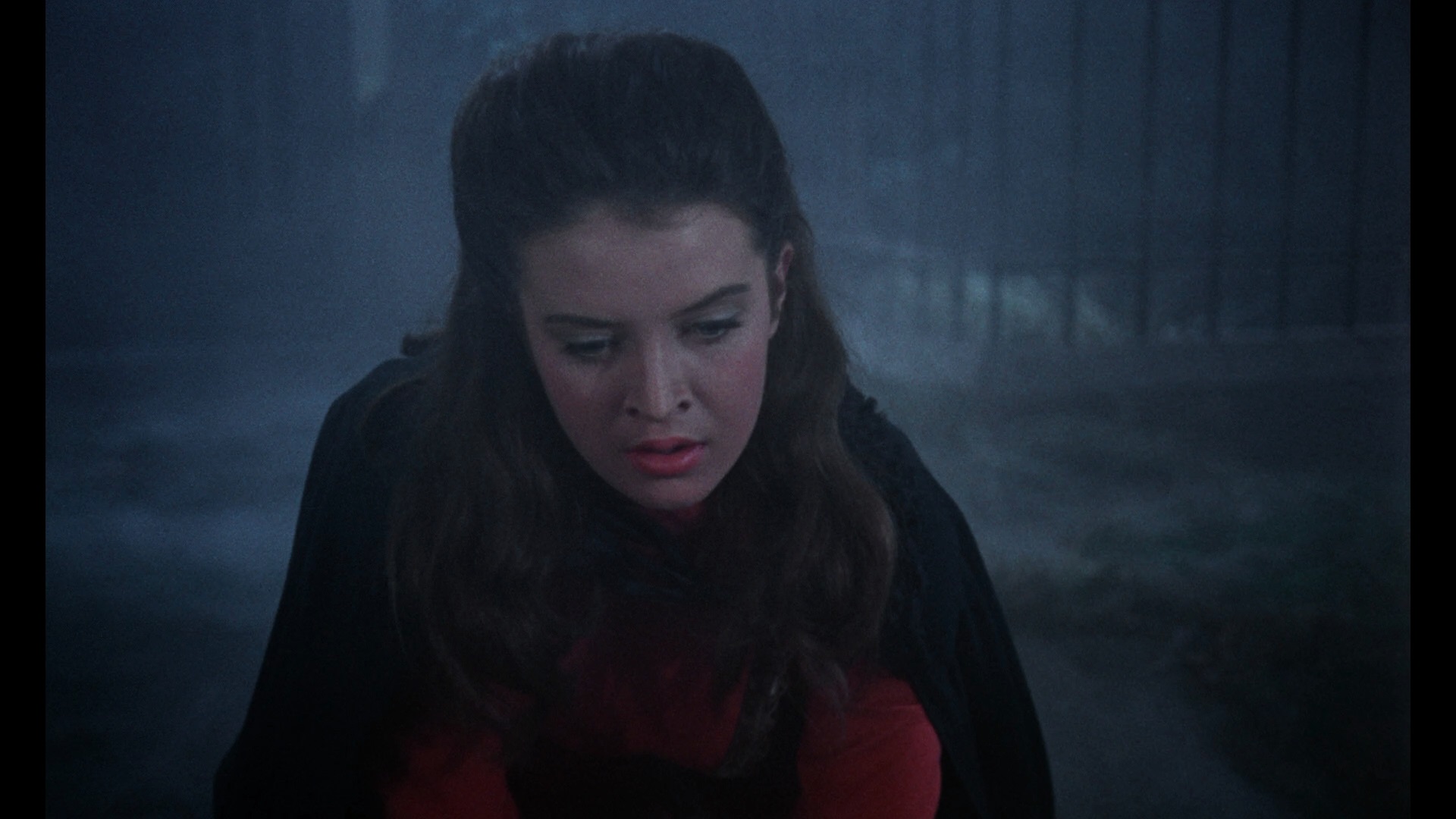 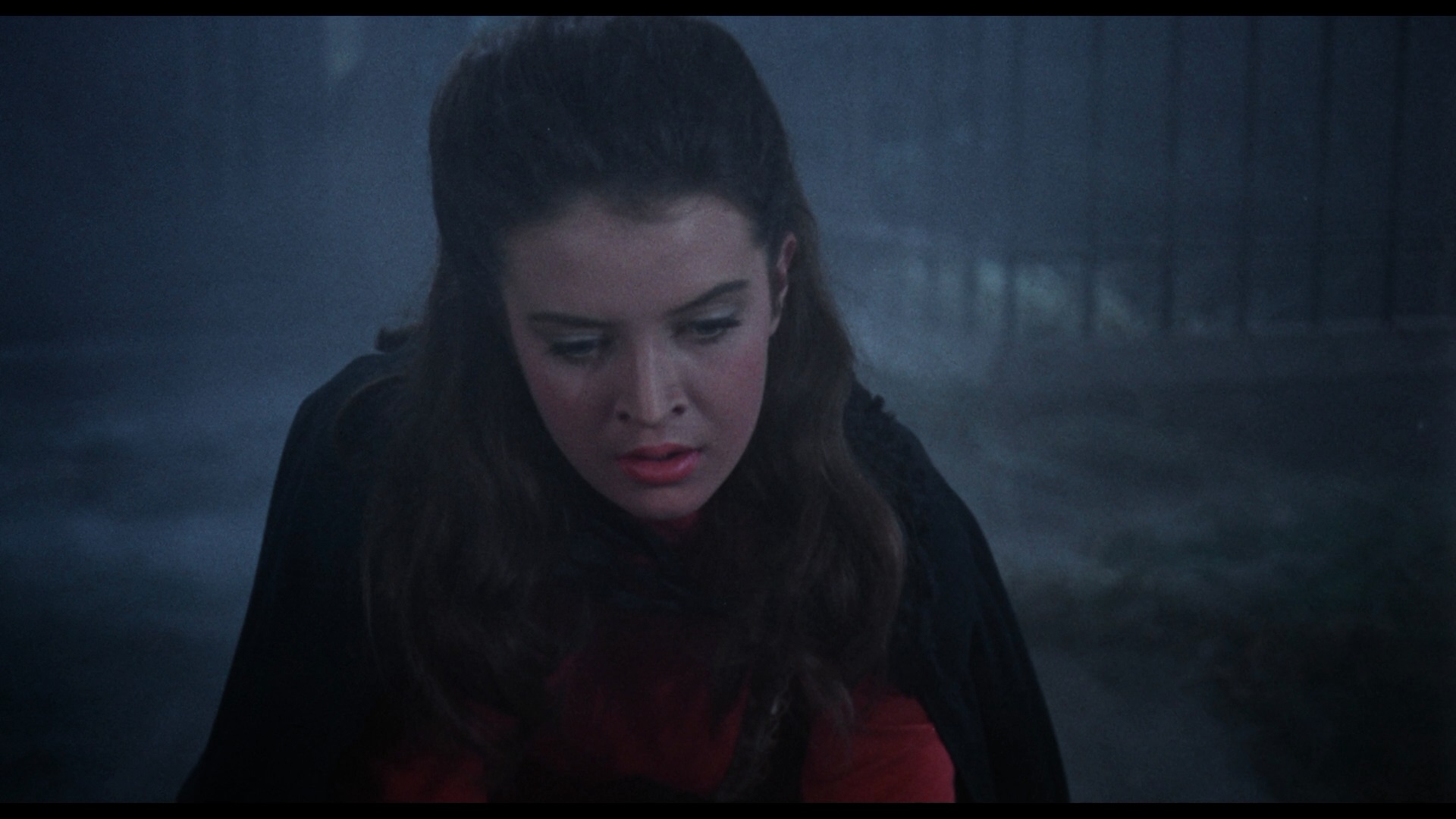 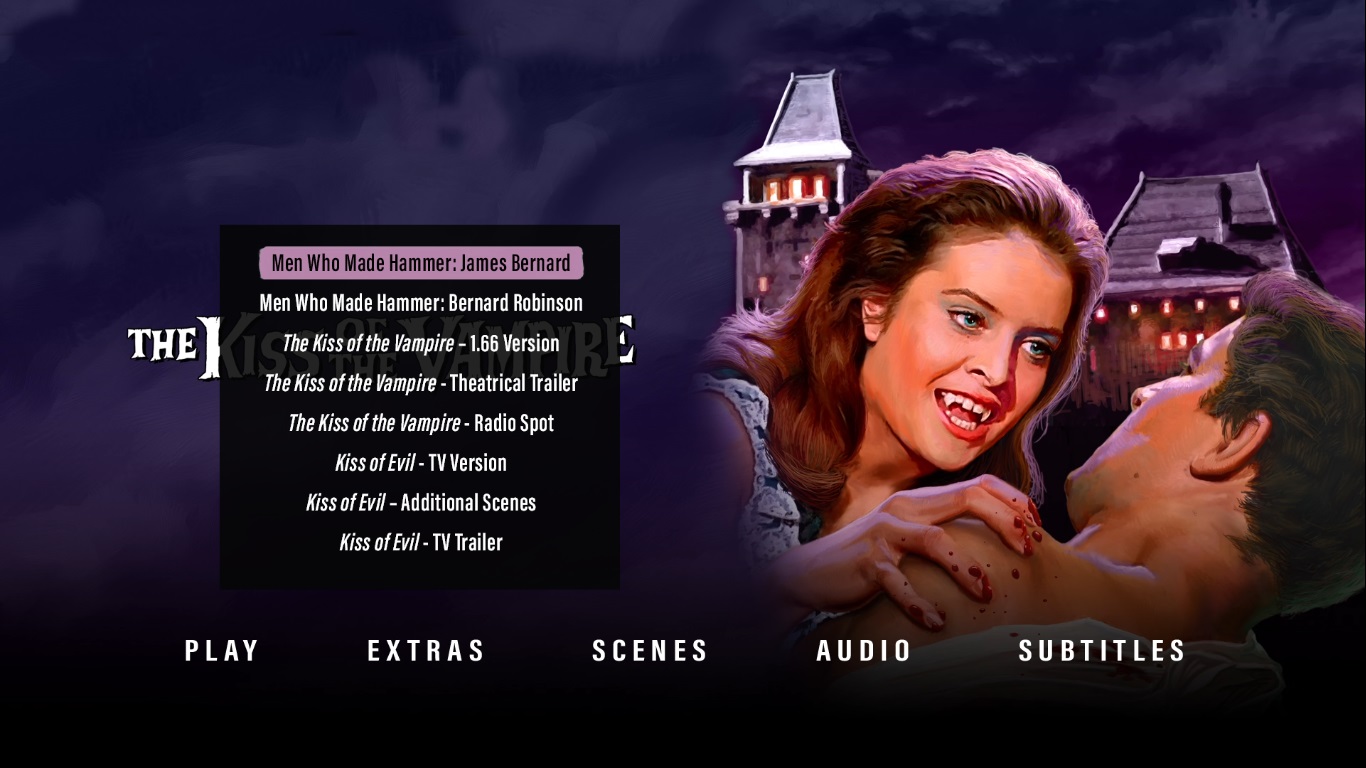 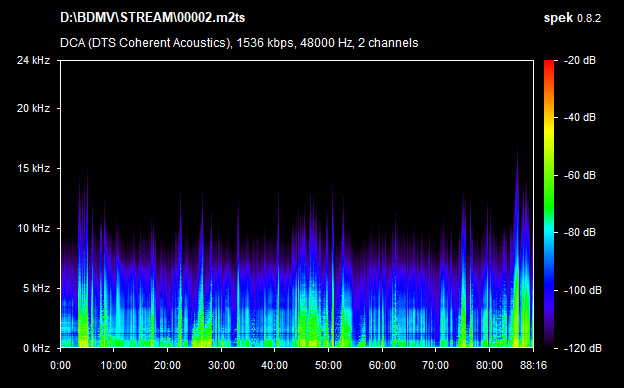 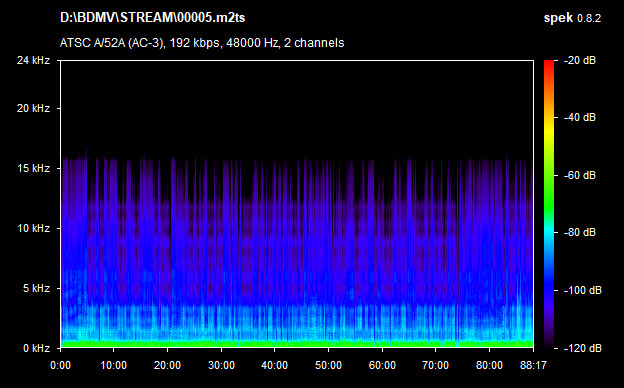 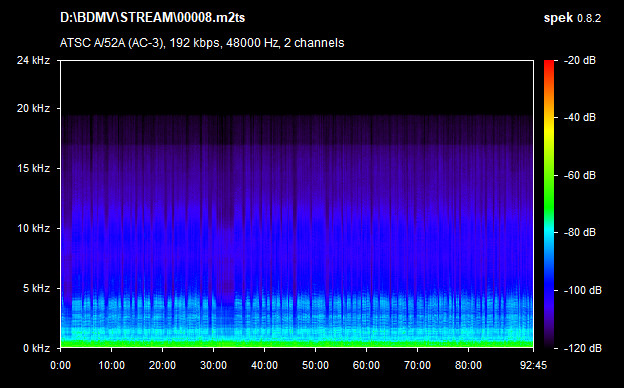 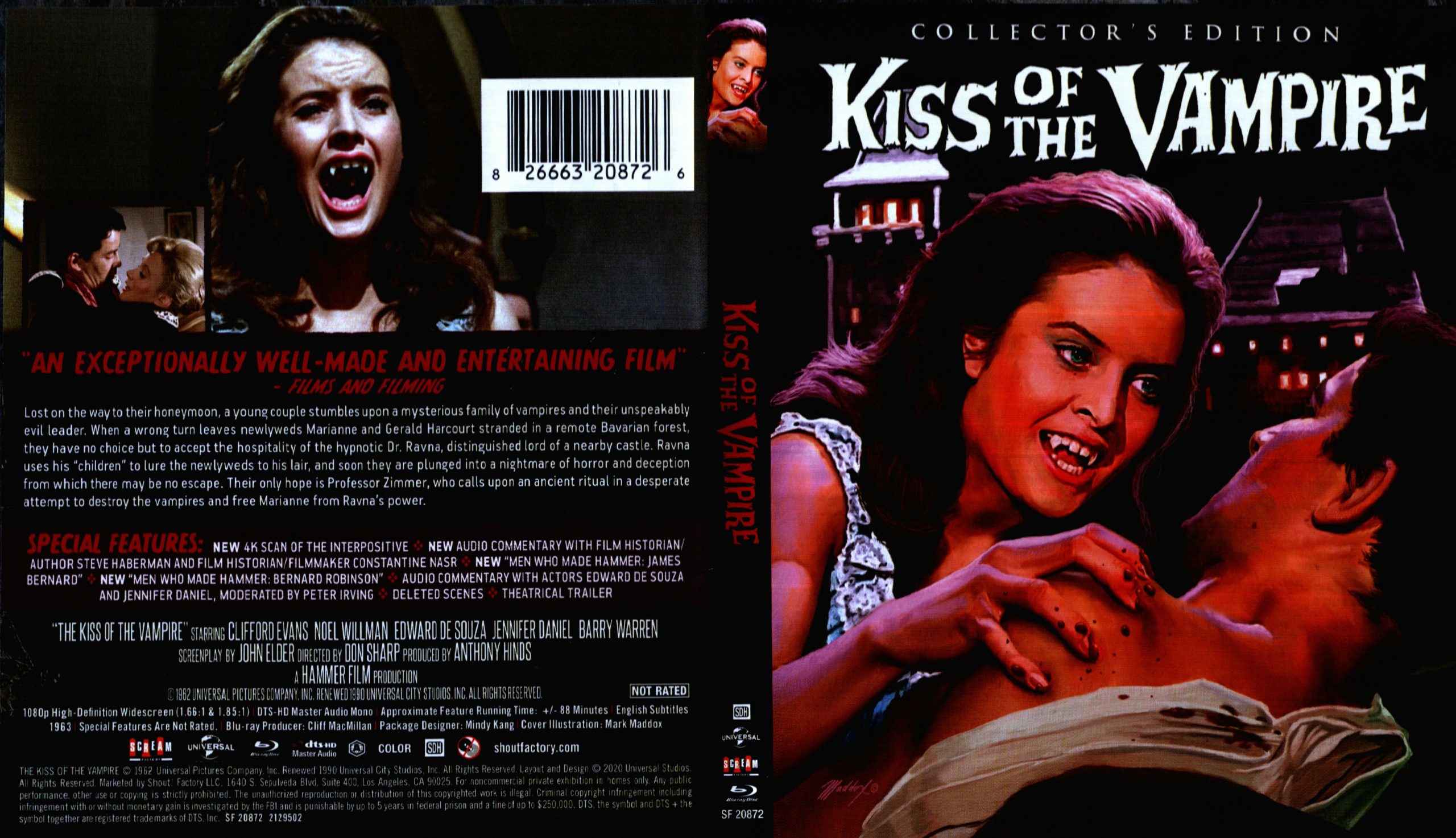 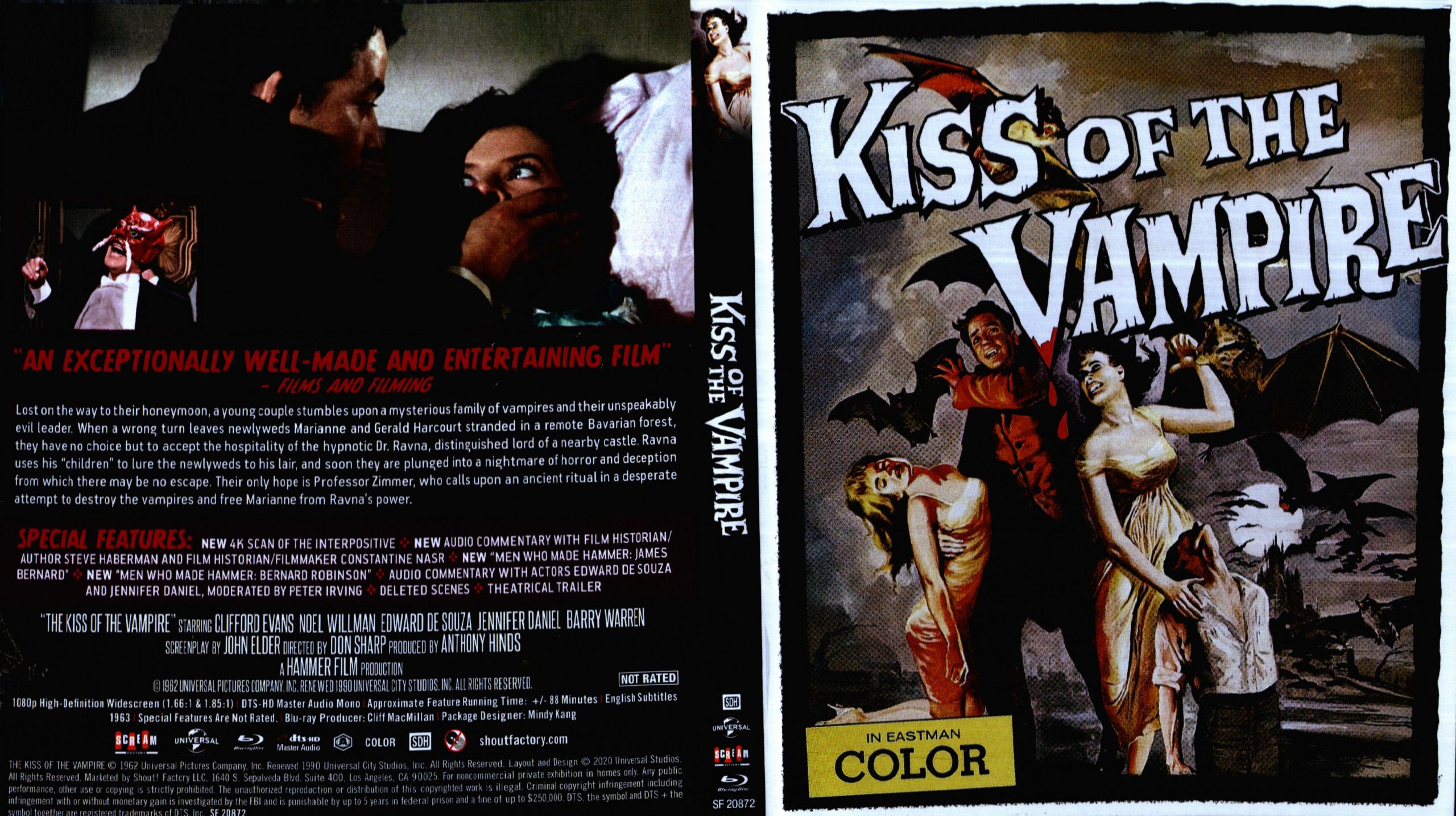