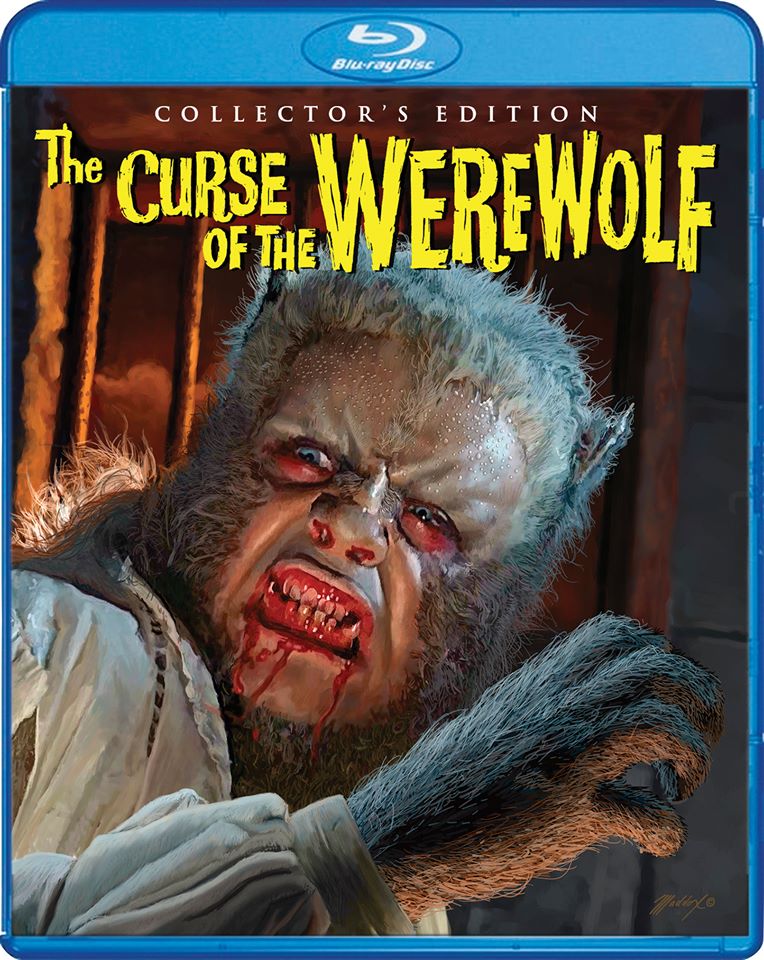 The Curse of the Werewolf Blu-ray Review (Scream Factory)

The life and times of a werewolf misunderstood

I’ve been writing horror reviews for over a decade; before Cultsploitation began, I was the sole writer at TheMoonisaDeadWorld.net, an early blog in the ever-burgeoning hemisphere of amateur horror critics. It’s interesting to come across a film getting a re-release that one reviewed so long ago with a completely different opinion. Instead of writing a completely new review, I decided that I would revisit my now-unpublished old one (from 2011!) and identify my new thoughts on revisiting the Hammer horror classic from Terence Fisher, The Curse of the Werewolf.

Like Brides of Dracula, Fisher is adept at providing a pervading atmosphere. In the tiny village of Spain, the brick homes and sterilized outer surfaces act as facades for the interior evil of the people. Leon is obviously plagued by his internal beast, but the other characters we meet have their own dilemmas beneath their physical  frame. Men and women escape their working lives to attend raucous bar parties; kings hurl crass jokes and food at the poor and keep them as slaves. And Fisher paints a picture of the internal struggle between man and beast throughout The Curse of the Werewolf, whether it be the obvious depiction of Leon as a wolf or the bestial treatment of the beggar as a metaphorical dog.

This still holds true. Fisher isn’t grandiloquent with his theme, but the prominent – even explicit at times – overtones mimic a lot of his other Hammer work, which is excellently portrayed in the film’s opening moments as a beggar is ridiculed during a royal ceremony despite his obvious humility.

There’s a significant amount of juggling to the plot, too, that is particularly admirable. The movement from Leon’s conception to his final moments as beast pursued constitute a considerable amount of time, and intermittently dispersed are moments of love, friendship, and encounters with the violence of the wolf. Some of these scenes are nicely character-driven by Leon or his lover Cristina (Catherine Feller); at other times, they drag on so long that they seem overly drawn to reach the hour-and-a-half runtime. Unfortunately, The Curse of the Werewolf suffers from the same strange plotting techniques of other Fisher films.

While I will agree that The Curse of the Werewolf is probably a bit overlong in its approach, I have to beg to differ with my past self about the film’s slowness. Fisher’s winding storyline – from Leon’s conception to his childhood and then adult dilemmas – is handled with panache, a steady movement through time that easily handles the complexity of this flow.

There’s a point where the film tends to bring out the best in the old Universal monster movies; amid the chaos of the mob, we see ourselves brandishing weaponry to pelt the beast. But the lackluster demise of Leon comes about from a major flaw – an ignorance of the advice that Leon’s father was given about keeping the beast at bay. The unfortunate feeling from the final act is one of grief, but not for Leon’s death as a werewolf; instead it comes because it all seems so foolish and misguided, a climax that could have been significantly more emotional if the plot had been ordered better.

Throughout my previous review I kept bringing up the fact that The Curse of the Werewolf‘s adventure throughout the early days of Leon’s life felt pointless; however, it’s obvious that I lost the point of the film. While I do agree that Fisher’s ending leaves something to be desired, the fault lies moreso in the film attempting to make the werewolf’s identity a mystery. It’s clear that monster is Leon, and that Leon has become a monster due to the effects of human intervention. There’s nothing deceptive about the film’s themes, but it’s a well-crafted movie that combines the beauty of Hammer cinematography with a new take on werewolf lore.

Thus, I have to draw an entirely different conclusion about the film than my past self. This is one of Hammer’s most effective monster movies, and viewers should behold the fluid motion of time throughout as well as the timeless theme it contains – the evil is always unexpectedly inside all of us.

Scream Factory continues its way through the Hammer catalogue with a new Blu-ray release of The Curse of the Werewolf as part of its Collector’s Edition series. Their past releases have sometimes reused older transfers from StudioCanal, but this time around we get a new 4k scan of the interpositive (box art says OCN) and the results are wonderful. The film has had plenty of past Blu-ray releases, but this new transfer looks excellent; there’s a lot of depth and detail present with a consistent, minimal grain scale. The Hammer color timing is perfectly preserved and the bright reds and greens really pop. Minimal damage is present. No apparent compression issues. Ultimately, this new transfer is impressive and should give viewers new reason to see this film.

Audio is presented in a DTS-HD Master Audio 2.0 mono track, which is surprisingly robust. No muffling or dialogue drops occur, and consistent volume presence is retained. English subtitles are also included.

Scream Factory includes a number of new and ported extras. New ones include a special featurette about Roy Ashton, which seems to be one in a series called The Men Who Made Hammer, running about 20 minutes. Also included is a new 20-minute special entitled “Serial Killer – Benjamin Frankel, Serialism and the Curse of the Werewolf.” Two new audio commentaries also give viewers new methods of watching the movie; one features Yvonne Romain, Mike Hill, and Leslie Bricusse, and the other is a historical perspective from Steve Haberman and Constantine Nasr.

Also collected are older features from previous Blu-ray releases including a making-of, a look at censorship, and a dissection of the movie’s themes. Trailers including a Trailers from Hell spot, a radio spot, and still gallery round out the extras on the disc. This also gets a slipcover and new artwork along with the reversible cover.

You really can’t pass up this edition of The Curse of the Werewolf even if you own previous ones; with the new transfer and bevy of extras, it’s worth it to sit down with this monster movie once again. 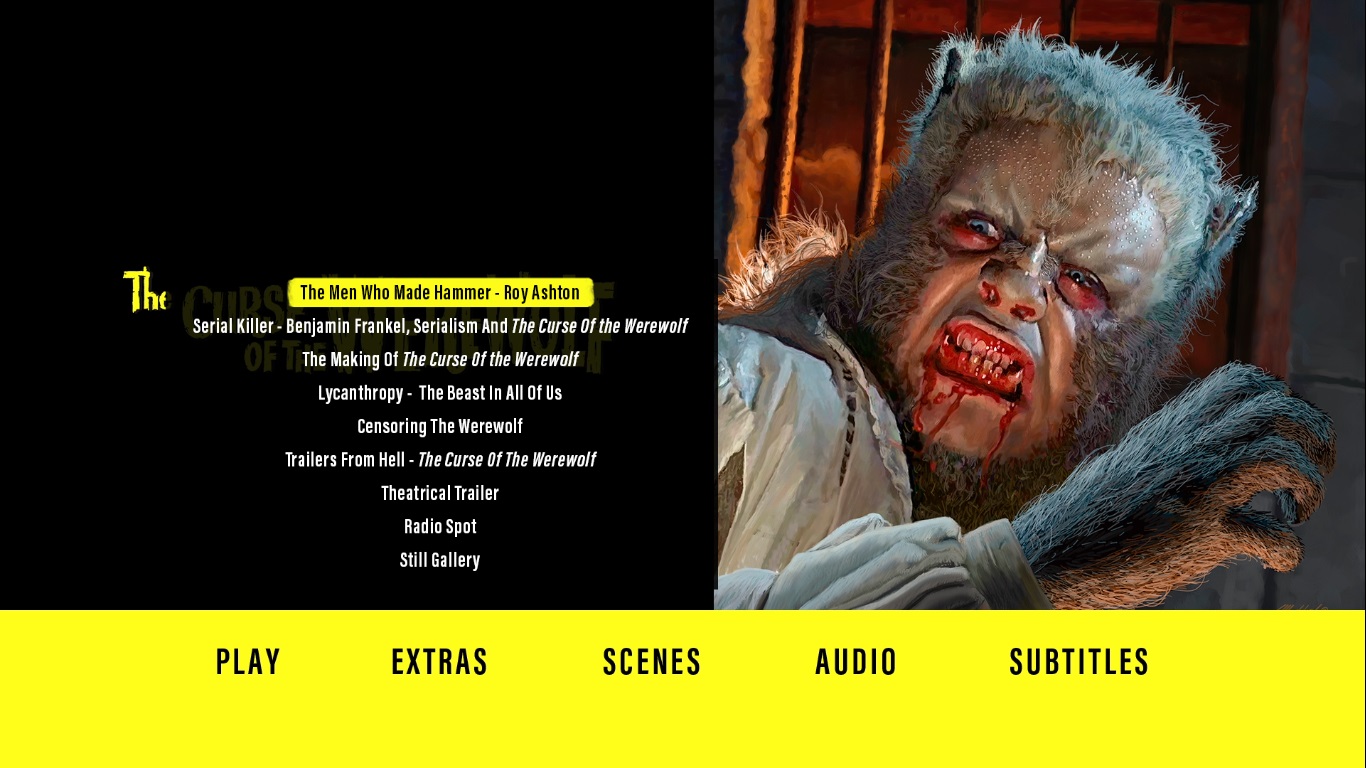 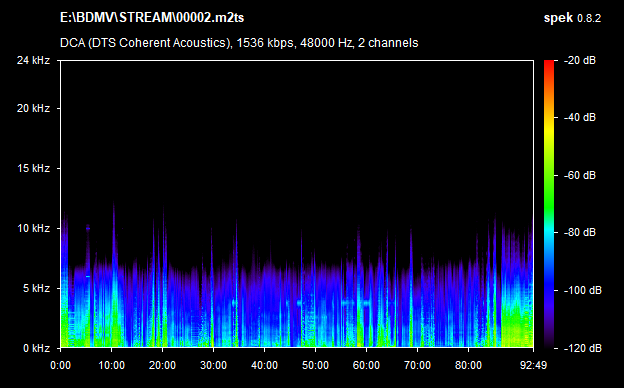 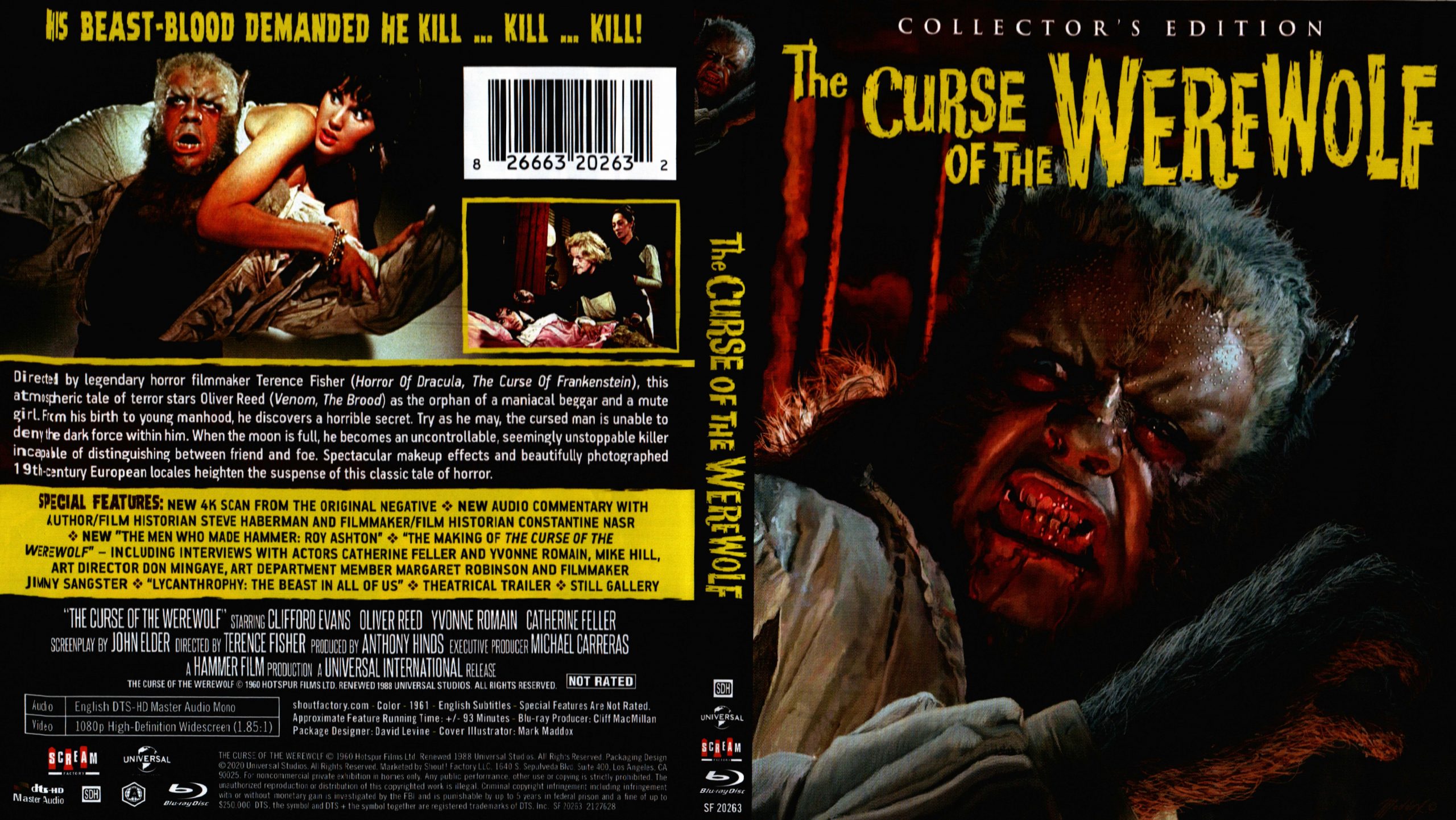 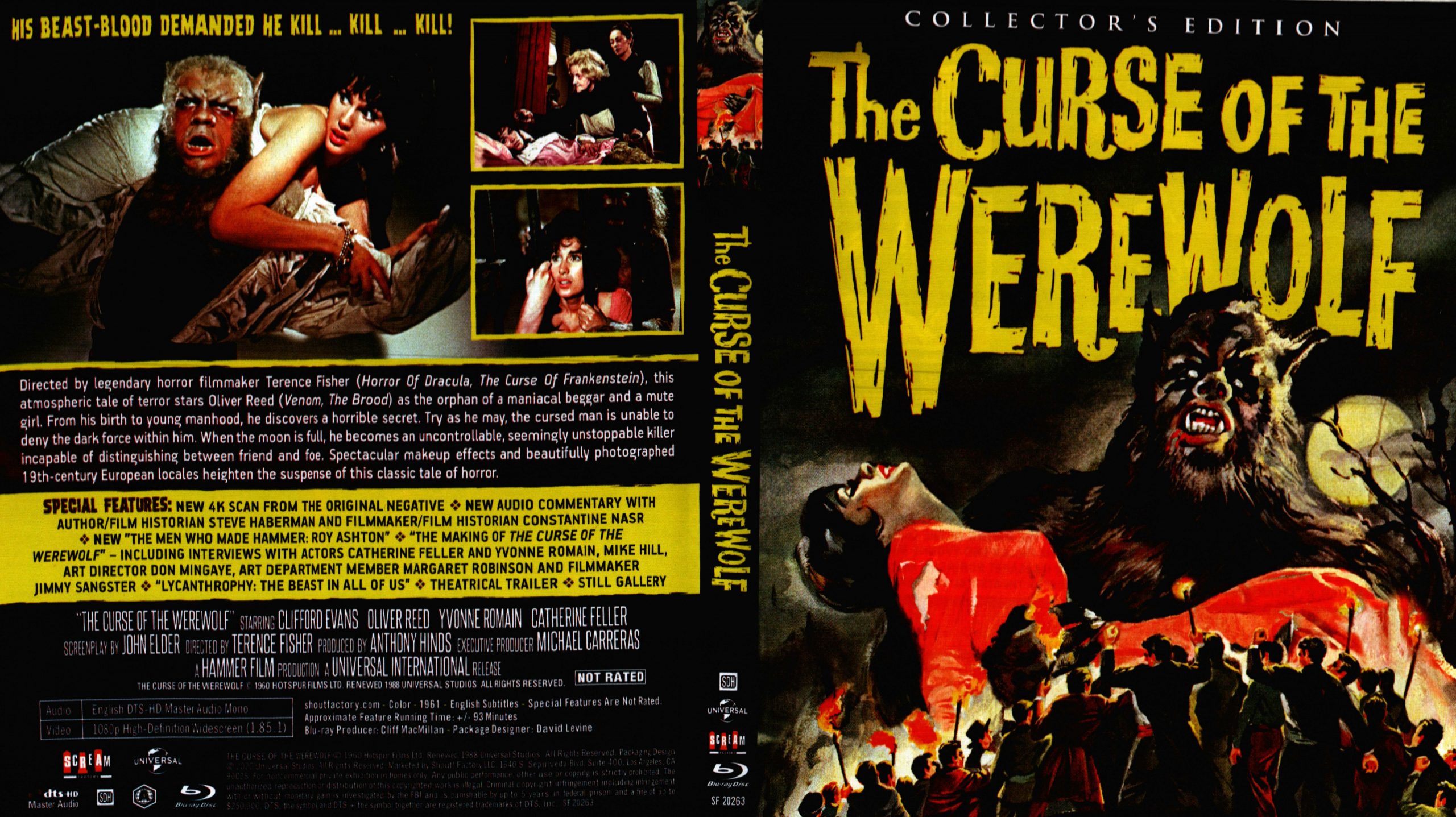