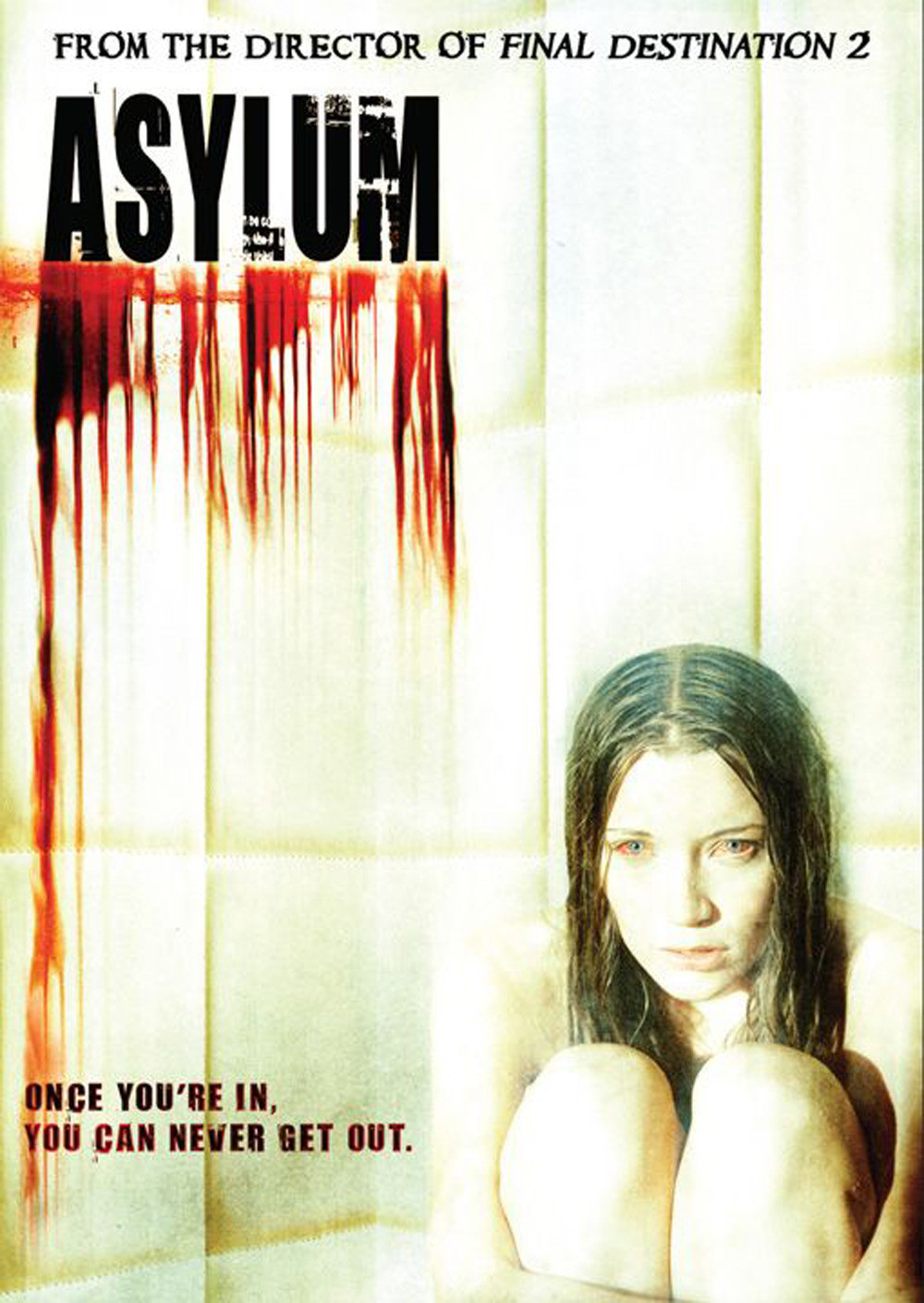 It's a pretty bad film as a contender in the horror genre, but it's a fun 90 minutes if you get friends together and make your own Mystery Science Theater 3000.
Reader Rating0 Votes
2.5
Mediocre
Buy
Amazon
Directed by Dav R. Ellis, Asylum tells the story of Madison (Sarah Roemer), who moves into a college dorm that has been newly renovated. She harbors a dark past full of death, witnessing her father’s suicide caused by his insanity and attending the same college where her brother killed himself. To make matters worse, her dorm used to be an asylum led by deranged Doctor Burke (Mark Rolston) who tortured people in hopes of “curing” their problems. The doctor has come back, but Madison can’t decide if these things or really happening or if she’s going crazy until her friends Tommy (Travis Van Winkle), Ivy (Ellen Hollman), String (Cody Kasch), Holt (Jake Muxworthy), and Maya (Carolina Garcia) start dying one by one.
You know, Asylum’s a funny movie. It’s not necessarily good – it personifies way too many stereotypes and its story is too familiar to really make any headway within the genre – and yet it’s still a fun movie to watch. With friends, that is. As you make fun of it.

The fact of the matter is, Asylum is not effective with most of what it tries to do. The characters are generally flat, uncharacterized, and mostly unlikable – the only ones that we do like end up dying first. At first, this is surprising and a little bit original; at least they shook things up a little bit without killing the asshole first. But it doesn’t work because the characters are so stereotypical and common to the slasher genre that we know they will eventually bite it. There’s no reason to keep watching because there is nothing that we can’t already foresee.
Yet still, there’s something appreciable about the straightforward, comical style that the film utilizes. It’s conventional and overdone but still entertaining because of how damn funny it is. Madison feels very underdeveloped and as soon as we think we know her, she shifts her personality. It’s easy to make jokes about all of the characters; they practically mock themselves.

The insanity of Madison comes into play early on in the movie and then again towards the middle, but it’s not even a possibility because the audience has already seen a couple of deaths initiated by Doctor Burke. Herein lies the major problem that Asylum gets caught in: it presents some fairly interesting conflict or action to NEVER RESUME IT! The plot feels very scattered and only loosely correlates to finally devolve into a rigidly formulaic slasher film that’s not even that good.
The violence is over the top and fake; there are some entertaining scenes, but these are probably the only reason to keep watching. Doctor Burke is not scary – instead, he’s hilarious with his deep-throated drawl and S&M suit. And here’s the kicker – an intriguing set-up about the doctor punishing the students as a treatment for their problems falls flat on its face as the characters have to explicitly state what’s going on. Most of the time, a flashback occurs right before the treatment that barely sums anything up enough before they die. Also, the treatments don’t seem to fit the problem, and we end up laughing and just not caring.

Towards the end of the film, the creative violence seems to fade away into a series of stabs at the eyes, which could have been gruesome one time but quickly get stale. This more or less sums up the entirety of the film, where a mediocre beginning leads to a fire metaphorical fire which burns the metaphorical house down to its metaphorical foundation.
It’s hard to tell whether the movie is supposed to be taken seriously. There are a few times where there’s humor at the expense of the film which I can respect. It’s a pretty bad film as a contender in the horror genre, but it’s a fun 90 minutes if you get friends together and make your own Mystery Science Theater 3000. Get some pizza, pop this in, and laugh away your troubles for the night.
Hosting screenshots is expensive. If you want to see more galleries, consider donating!