Verdict
This Night I'll Possess Your Corpse isn't perfect due to its lengthy running time and lingering scenes, but it's an inventive continuation of the Coffin Joe series that fans will certainly enjoy. This Synapse Films DVD is right in line with the first release and offers a similar trove of extras.
The Good
Inventive sequel with Coffin Joe, including stylish color sequence
Good quality and surprising amount of bonus content
The Bad
Plodding pace at times with overlong dialogue scenes
8
Very Good
Buy
Amazon

This Night I’ll Possess Your Corpse continues the Coffin Joe series of films with a storyline that feels both similar and more inventive than the previous At Midnight I’ll Take Your Soul. Jose Mojica Marins’ iconic figure Ze de Caixao (Coffin Joe in Portuguese), saved from a near-death hallucinatory/supernatural experience at the end of the first film (you decide which), is back to his old tricks searching for a woman who can help him produce the perfect specimen – a son to carry on the Coffin Joe legacy. While At Midnight I’ll Take Your Soul loosely explored this idea, Marins gives Coffin Joe a more explicit philosophy for his decisions and his hedonism. The result is a film that feels more excessive and unpredictable than the previous installment, but This Night I’ll Possess Your Corpse is not necessarily a better representation of Coffin Joe.

The film picks up right where the first left off, even including a small snippet from the conclusion to help bridge new viewers. Marins’ interest in This Night I’ll Possess Your Corpse seems to be excess, and the film quickly highlights what the director/writer/actor has learned in the three years between films. One of the more interesting elements of This Night is Marins’ exploration of Coffin Joe’s morality, something that was more or less missing from At Midnight I’ll Take Your Soul; here, the first scene with Coffin Joe post-recovery involves him saving a child from a rampaging man on a moped. While Coffin Joe seems to lack much emotional integrity, his belief that children are the lifeblood of immortality makes sense – he rejects the ideological aspects of a god, elevating man’s lineage as the more important focus of humanity.

That is This Night‘s main theme, for better and worse. One of the film’s most intriguing moments occurs early in the film when Coffin Joe crafts himself a makeshift brothel, keeping the town’s women in his home and testing their courage by sending a swarm of spiders into their beds and then throwing the losers into a pit of snakes. This is an inventive sequence that is more impressive than just about everything Marins’ first film attempted, and the director plays with eroticism and violence in ways that mimic Coffin Joe’s sadistic tendencies.

As the film continues, however, Marins’ tendency to showcase long-winded Coffin Joe diatribes shines through, which causes some lag in this 108-minute film. While the scenes aren’t poorly acted or unnecessary, they do detract from some of This Night‘s more important elements; Marins often skips over important parts of the film’s timeline. Some could call this time-jumping another piece of the film’s surrealism, but Marins often avoids explaining vital parts of the plot, like Coffin Joe’s wife’s sudden death.

Still, This Night‘s plotting is a huge step up from Marins’ first film, featuring an inventive Hell sequence shot in color that envisions a multi-hued BDSM den. Marins takes a lot of risks here, and more often than not the film is aided by these stylistic choices. While the thematic moral and central plot are essentially the same, This Night feels far removed from the simplistic endeavors of At Midnight I’ll Take Your Soul. The creepy vignettes and moody atmosphere remain, however, and fans of the first Coffin Joe film will most likely come away from This Night I’ll Possess Your Corpse equally impressed.

Synapse Films has chosen to release This Night I’ll Possess Your Corpse on DVD, and that’s probably for the best. While some will be upset that this is not getting the same Blu-Ray treatment as Embodiment of Evil, there’s no real reason to give the film a higher-def scan – the DVD highlights the poor quality of the 35mm negative scan, which seems to have quite a bit of damage. That means the video quality is a bit rough, but also understandable given the age and lack of preservation. Audio is presented in mono and sounds very good as well despite the obvious film damage. There are subtitles in English for the Portuguese dialogue.

Synapse Films has gathered a surprising number of special features for this release, including an 8 minute interview with Marins about This Night I’ll Possess Your Corpse specifically and another 7 minute interview with him about his life’s work and discussion of his wives (different from what is included on At Midnight I’ll Take Your Soul, though from the same interview session). Also available is an introduction to the film.

There’s a 25 minute vintage featurette about Mojica and his Coffin Joe films, which is in rough condition but pretty interesting. There’s also a short tour of Mojica’s Coffin Joe museum highlighting all of his interesting movie props, including Predator statues (?). Finally, trailers and photo galleries round out this release. 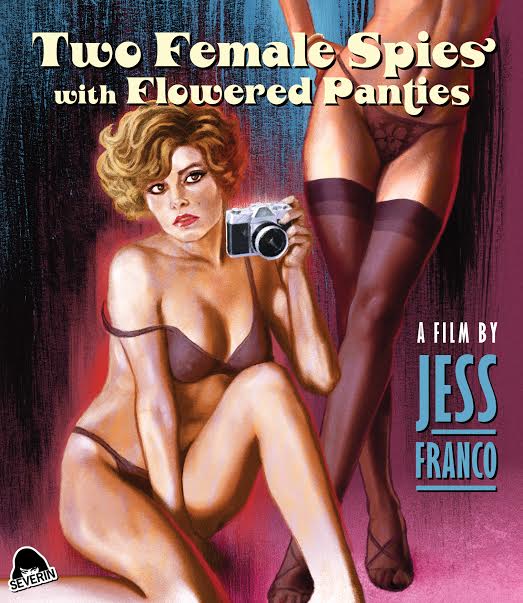