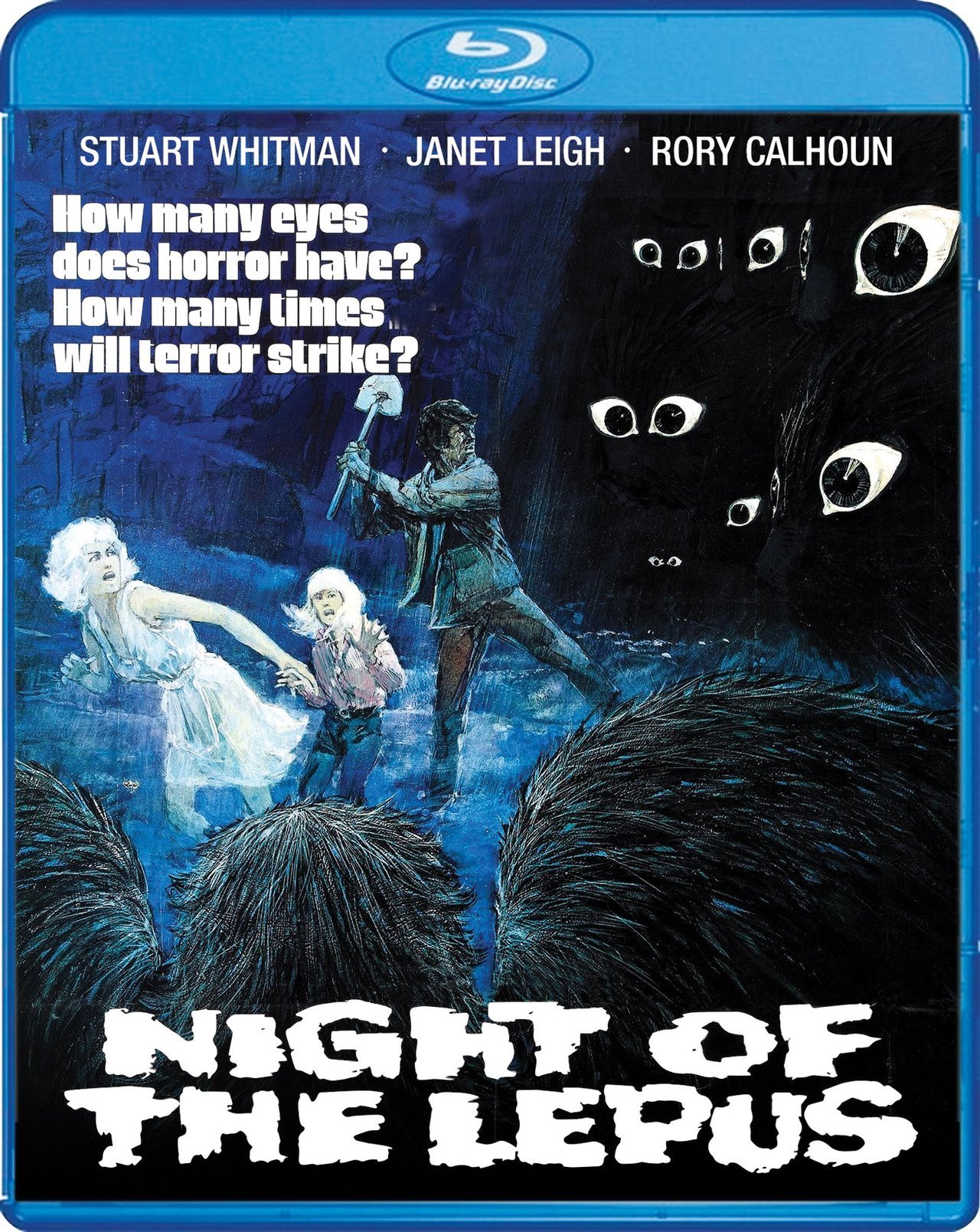 Night of the Lepus doesn't recognize its ridiculousness, ultimately resulting in a boring film. Scream Factory has provided a good transfer and some nice extra commentaries to make this package more worthwhile, though.
Film
Blu-ray
Reader Rating2 Votes
3.4

Giant fucking bunny rabbits have been spawning in Arizona and plaguing the farmers in that area, mostly because they’re eating all of the crops. A team of scientists devise a way to remove them from the habitat without causing a destructive impact to the natural environment, but their attempts actually piss off these rabbits even more, driving them near town – and they’ll eat human flesh too. What kind of contraption is required to stop these massive mongrels? 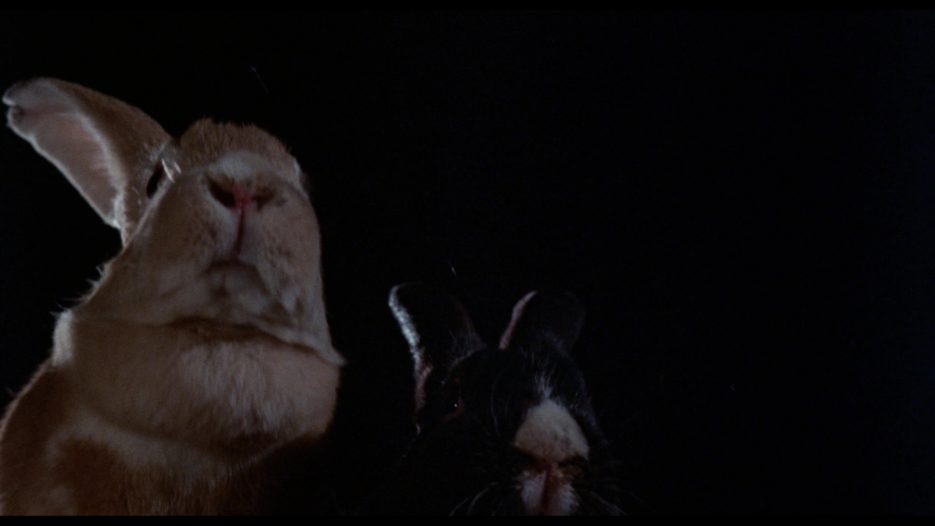 Night of the Lepus Film Review

Night of the Lepus is one of the earlier films in the ’70s revitalization of giant animal films; to put in perspective, the seminal classic The Food of the Gods wouldn’t be released until 1976. William F. Claxton, mostly a prominent television director, set to work adapting Russell Braddon’s 1964 novel The Year of the Angry Rabbit for American audiences, throwing out a lot of the book’s political satire in favor of a more traditional science fiction yarn about giant rabbits terrorizing an Arizonan town. The result is certainly influential but far less satisfying for contemporary audiences.

The film follows Roy (Stuart Whitman) and his wife Gerry (Janet Leigh) as the two of them set to work helping to rid rancher Cole (Rory Calhoun) of the rabbit offensive. Early on, Night of the Lepus enjoys visiting some of scientific insight onto its audience, with a pretty environmentally-friendly plot where Roy and Gerry attempt to use legitimate techniques to drive the rabbits out of the territory rather than upsetting the entire ecosystem with potentially harmful substances. It’s an interesting decision for the film, which does tend to take an eco-friendly tact throughout; however, that also does cause some major issues for the characters, so perhaps it’s not the wisest decision from these scientific researchers. 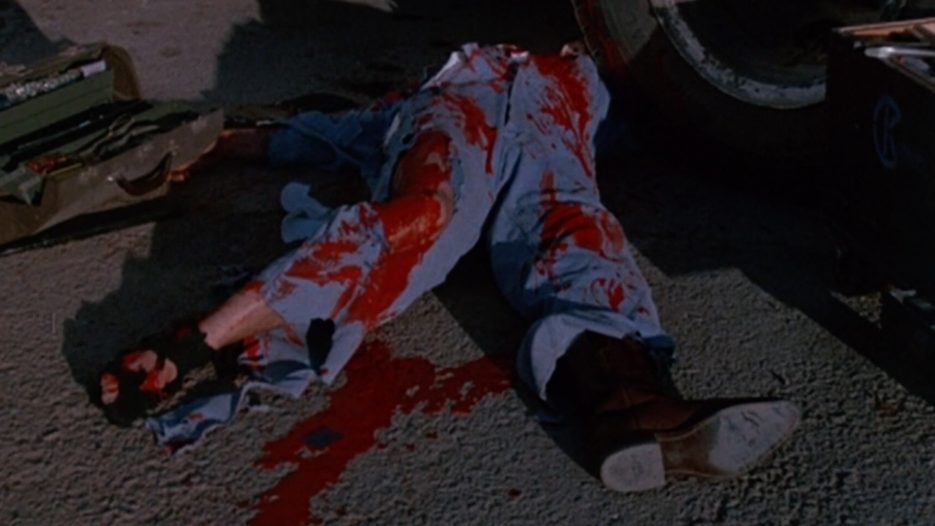 While Night of the Lepus generally tends to take itself pretty seriously, the movie rarely ever finds a truly horrifying tone. Mostly it sits uneasily between science fiction and Z-grade tripe, not entirely unsuccessful but more often suffering from terrible pacing issues and a general hodgepodge of bad writing and acting. Claxton seems to be unsure where to take the film, often resorting to repeating the same shots of rabbit close-ups as they jump over hills or parade through miniature sets. It also doesn’t help that these bunnies are annoyingly cute, a poor choice for a movie that is truly attempting to scare. Viewers will more likely find themselves bored than entertained, and that’s a fatal misstep for a film about giant rabbits; even later terrible giant animal films tended to have some satisfyingly comedic redeeming qualities, but Night of the Lepus seems like it doesn’t recognize its own inherent joke.

Unfortunately, a film like this needs some defining characteristics to truly garner appreciation, and Claxton isn’t the man for the job; he’s better at shooting shorter television stories than a full-length film, and Night of the Lepus plays out like a very extended Twilight Zone episode rather than an important B-movie offering. Screenwriters Don Holliday and Gene Kearney should have stuck to hewing closer to Braddon’s source material, because the political mockery in that book would have gone a long way in making Night of the Lepus a more formidable film.

There are a few scenes of violent rabbit attack, most of them done my actors in a costume or puppeteering. The blood and gore is bright red, but it doesn’t occur enough to make it stand out. Occasional rabbit violence is shown too, but these are all apparently toys or stuffed animals, so no need to worry about the bunnies’ safety.

Nothing here my friends.

Night of the Lepus Blu-ray Review

Scream Factory has done a new 2k scan from original film elements for the release of Night of the Lepus and I will say that this is probably the best the film has looked. There’s a moderate amount of grain throughout but it is not heavy enough to obscure detail, and there is a surprising amount of clarity gained here. A few scenes do tend to look a bit soft, and the occasional bit of damage does pop up here and there. I don’t believe this is the best-looking Scream Factory transfer we’ve seen from them and comparing to some of the other films they’ve done released around the same time as Night of the Lepus, this one does tend to have a bit less sharpness to it, but they’ve done a good job revisiting this film and giving it new life.

The 2.0 DTS-HD Master Audio track on offer here captures the sound quite well. While Night of the Lepus’ soundtrack isn’t impressive, the dialogue is crisp and clear except for a few muffled areas and I believe it’s the best representation of the source material we can get. English subtitles are also included.

While this Blu-ray is light on special features for obvious reasons, Scream Factory has compiled two new audio commentaries for fans of the film. One comes from Lee Gambin, a reputable film critic and author, and the other comes from film historian Russell Dyball. While two audio commentaries from historians might seem like overkill, both offer valuable criticism and information about the film, and it adds some much-needed value to this package. Also included are TV and radio spots and a still gallery. The package itself has a wrap-around interior picture but not reversible cover artwork.