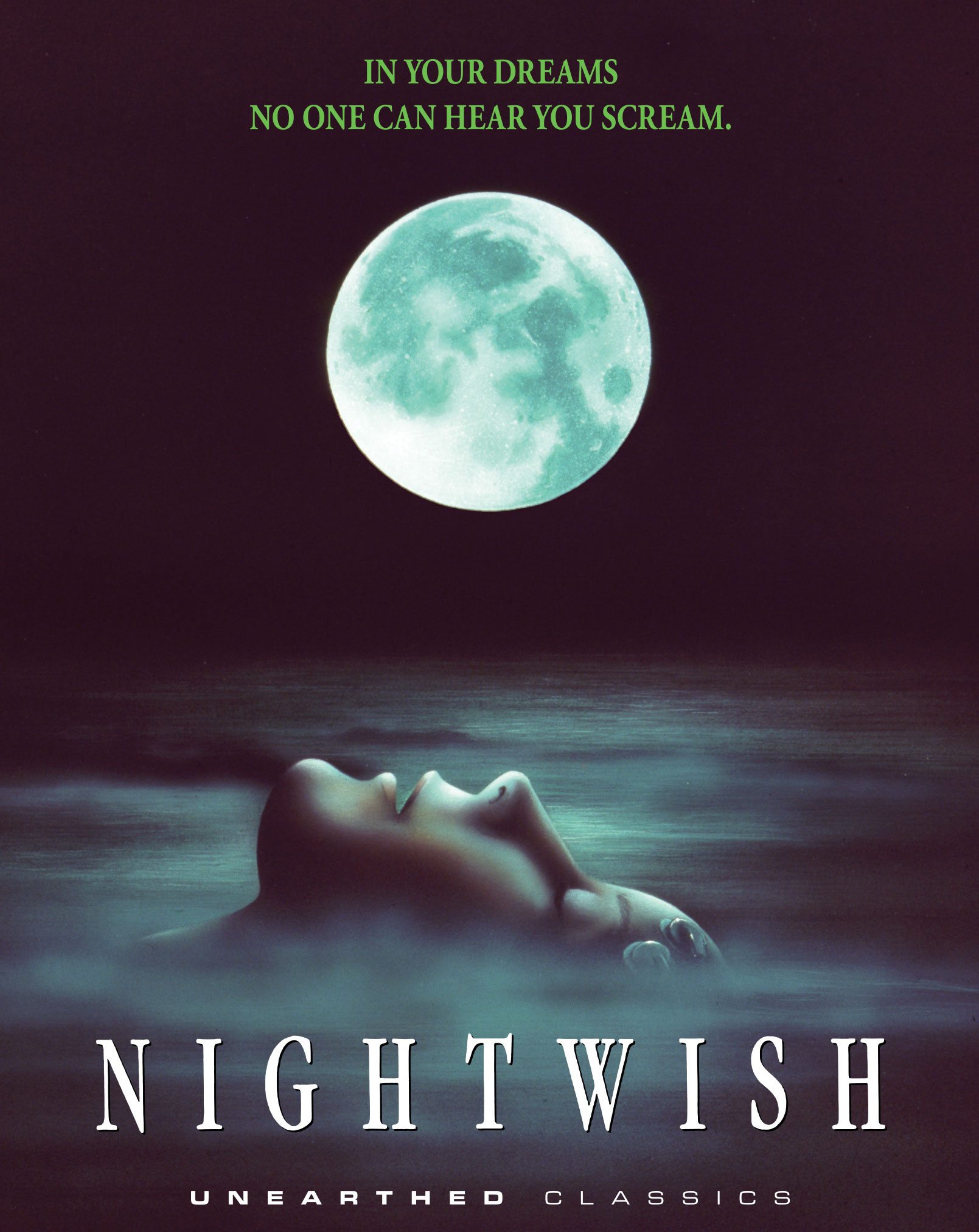 Nightwish feels like one of those low budget films that a group of friends got together to shoot. They have a general idea of what they want to make, but as they begin shooting, their ideas change and they keep adding in more and more stuff. Eventually, they end up with a product that doesn’t make much sense. It seems director Bruce R. Cook did just that and decided to slap on the old phrase, “It’s a movie about dreams, so we can do as much nonsensical stuff as we want! Screw plot, continuity and any general sense of coherency!”


Trying to explain the plot to Nightwish is impossible, but you know me, I’ll give it a shot. The “story” involves a group of students who are studying dreams and trying to figure out how to control them so they can die in the dream. Meanwhile, they also moonlight as paranormal investigators for their professor, who may or may not be a madman. They head up to a house that runs on a fault line, which may be haunted by ghosts, demons, or even aliens. As the investigation continues, the insanity of the professor grows, and the students become subjects in an experiment in terror… I think. I don’t want to give it all away, but even when the end rolls around and you think you have it figured out, another twist is thrown at you that muddles the plot even more. Fun stuff.

Even though the plot is a smorgasbord of nonsense, there is some fun to be had with Nightwish. The film stars Elizabeth Kaitan, who is a joy to look at, especially when she goes topless. We also have actress Alisha Das, who has an extended erotic squirming scene in a mineshaft surrounded by a bunch of twisted and mutilated corpses. Brian Thompson also shows up to be the bad boy boyfriend. Sadly, he isn’t in the film much, but he does have a pretty gnarly scene involving a lot of special effects. KNB (Robert Kurtzman, Greg Nicotero and Howard Berger) provide the practical effects, so you know the end results are phenomenal, and there are plenty of moments that gorehounds will enjoy.

Nightwish is a tough one when it comes to recommending it or not. The film’s plot is a mess, so if you are going in expecting a coherent tale, you’re going to be very disappointed. However, if you accept that the film is meant to play out as a dream, you can kind of forgive the batshit story, and heck, even the continuity issues (the switching of the severed finger is a pretty noticeable moment). Also, Elizabeth Kaitan boobs. Mmmmm.

Considering that Nightwish has only been obtainable on an open matte VHS, you could only go up in terms of video quality. Thankfully, Unearthed Classics does a splendid job restoring the film for its Blu-ray debut. There are moments of dirt and debris present, and the film doesn’t look crystal clear all the time, especially during the driving scenes in the desert. Nevertheless, the film’s video, for the most part, is solid. Likewise for the LPCM 2.0 audio track, which is loud and clear with no noticeable hissing or distortion. Sadly, no subtitles have been provided.

Extra features include an audio commentary with Executive Producer Paul White and Stephen Biro, a Still Gallery, and trailers for Nightwish and other Unearthed Films releases. Oddly enough, the extra features menu includes the option for Commentary Off. Why? Why include that? So strange.

Nightwish is a mess of a film, but if you're willing to accept that for the most part that is the point of the film, you can walk away having enjoyed it. The film has never looked this good before thanks to Unearthed Films. There isn't much in terms of extra features, but the included commentary, a limited booklet and fancy slipcover are reason enough to plop your money down for this release.
Film
Blu-ray
Reader Rating0 Votes
3.5
Buy
Amazon
Hosting screenshots is expensive. If you want to see more galleries, consider donating!