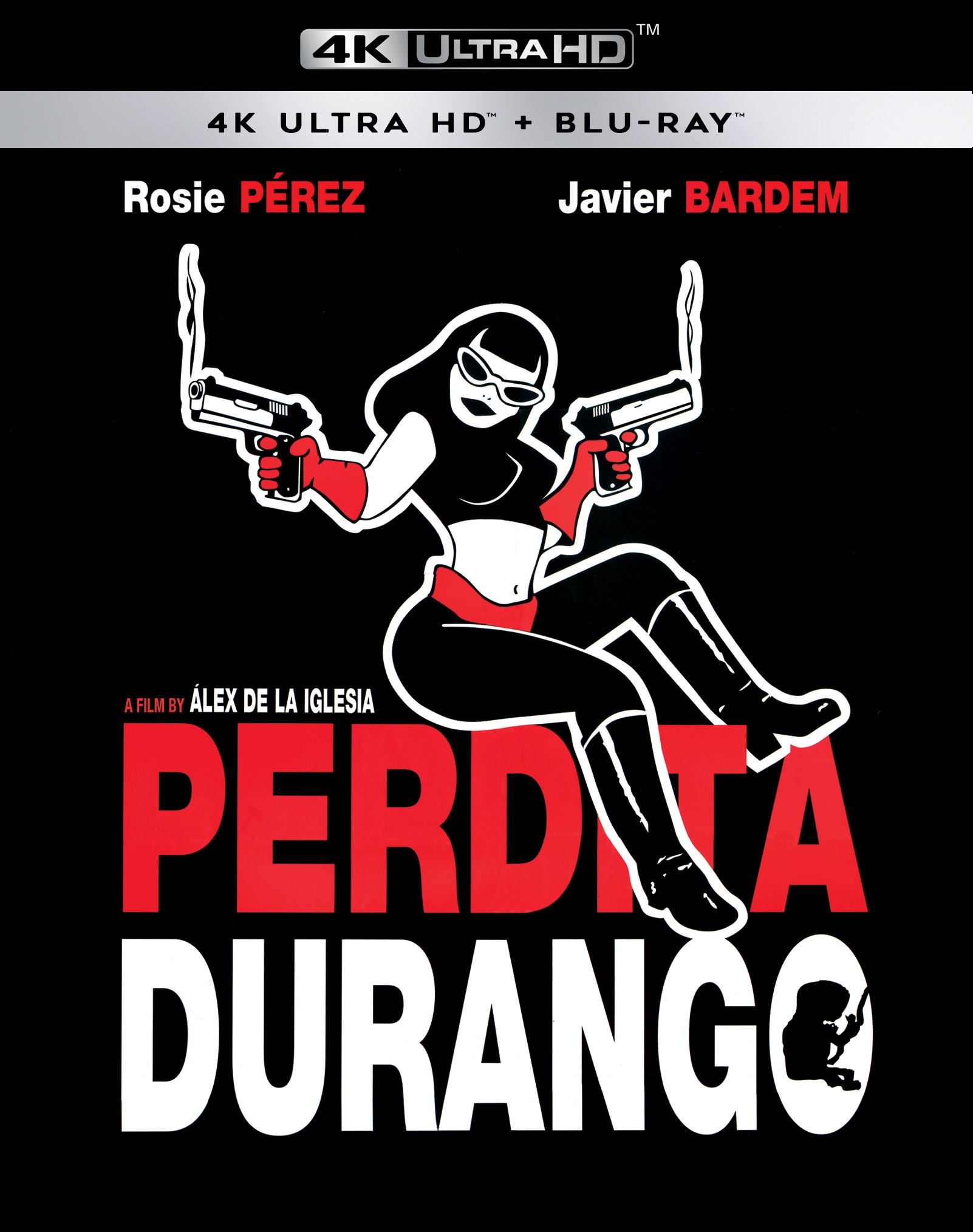 Perdita Durango‘s genesis technically stems as a sequel to David Lynch’s Wild at Heart, although director Álex de la Iglesia replaces Isabella Rossellini with Rosie Perez in the titular role. Utilizing Barry Gifford’s story 59° and Raining: The Story of Perdita Durango as its source, the film runs the gamut of black comedy, exploitation, and crime – a Tarantino-esque road trip romp with two main characters who are, for the most part, difficult to root for because of their unbridled evil documented at every turn of the 129-minute film. And yet it works well thanks to Perez and her screenpartner Javier Bardem – who plays the Santeria-practicing Romeo Dolorosa – because their dedication to walking a fine line between completely insane and just a little bit endearing comes through despite de la Iglesia’s infusion of rape, glorified violence, and a constant atmosphere of what-the-fuckery.

Perdita Durango has a lot of throughlines, and its plot continues to get more complex as it goes along with its overarching criminal elements, but at its core is a love story about Perdita and Romeo, two similar (and sometimes too similar) outlaws who agree to perform a Santerian rite where they kill and eat a victim in front of a crowd; however, Romeo’s criminal background is already known to the DEA, with Woody Dumas (James Gandolfini) in hot pursuit of the duo as they make their way from Mexico to Las Vegas with their kidnapped victims in tow along with a truck full of fetuses for a cosmetics company.

Álex de la Iglesia certainly knows how to amp up the film’s wild plot, utilizing bright colors, flashy edits, flashbacks, and a punchy soundtrack to emphasize the wackiness. While Perdita Durango is often darkly comedic, it has undercurrents of real emotion, particularly involving Perdita’s violent past; this is where the film manages to glean some humanity out of its otherwise awful main characters, giving the viewer a reason to care about the predicaments they find themselves in. Of course, there’s no expectation that we should be idolizing Perdita or Romeo – in fact, there’s a particularly exploitative rape sequence – or is it? – that puts the kibosh on any empathetic feelings one might have for Romeo specifically. But de la Iglesia recognizes that these characters can’t be entirely devoid of morals, and they do operate on some semblance of a code.

Mostly, though, viewers will be sticking with the film to see how it gets from point A to point B, because it is a roller coaster of a ride from start to finish with nary a slow point. The film won’t be for everyone, especially those that aren’t willing to suspend disbelief for some of the more ridiculous elements in the film. But those that enjoy crime dramas with a hefty dosage of black comedy, violence, and zaniness will find a lot to love about Perdita Durango. It’s a crime caper that simply must be seen instead of trying to pick apart its merits in written form.

Perdita Durango looks absolutely fantastic on Severin Films’ UHD release, with a new 4K transfer that certainly emphasizes all of the film’s great cinematography. Detail is well-defined and crisp, from close-ups to background scenes; it also makes fairly good use of HDR with a few colorfully-lit sequences. Blacks are well-maintained and nighttime sequences look sharp despite dark lighting. The Blu-ray version included on this release is equally sharp; there are some small quality differences between the two, with a more noticeable grain scale, but ultimately those that don’t currently have the tech for 4K or aren’t willing to spend the extra cash will still find the Blu-ray an excellent representation of the film.

Audio is presented with both a DTS-HD MA 5.1 English and Spanish track. Both sound very good, though I found the bass a bit lacking on both tracks. The English track is a bit more preferable, and it does feature some Spanish translated with included subtitles. Severin lists a 2.0 track is included as well but this must have been a misprint; neither the UHD nor the Blu-ray contains a 2.0 English track. Please see our scans for more detail.

Extra features are mostly contained on the Blu-ray disc – there are just two trailers (in HD) on the UHD disc. A ton of new bonus interviews are included, however, which adds even more value to this release. de la Iglesia is interviewed for nearly 30 minutes, as well as a discussion with Barry Gifford about his writing of the story. Rebekah McKendry provides a film critic’s eye on the film, and Jim Schutze and Abraham Castillo Flores discuss the Santeria aspect of the film along with a look at the Matamoros cult led by Adolfo Constanzo dubbed Los Narcosatanicos. Finally, interviews with Flavio Labiano (Director of Photography) and Simon Boswell (Composer) round out the new extras assembled for Severin’s release. The same trailers from the UHD are also featured on the Blu-ray disc. The whole package also comes housed in a slipcover.

Perdita Durango is an extremely enjoyable viewing experience that is heightened considerably with an excellent new 4K transfer from Severin Films that looks great on both UHD and Blu-ray. While those with the tech will see some moderate improvement from the UHD, the Blu-ray option is also a very good choice. And regardless of the one you inevitably choose, the extra features on the Blu-ray disc add even more context to this “wild at heart” film. Simply enjoy its absurdity. 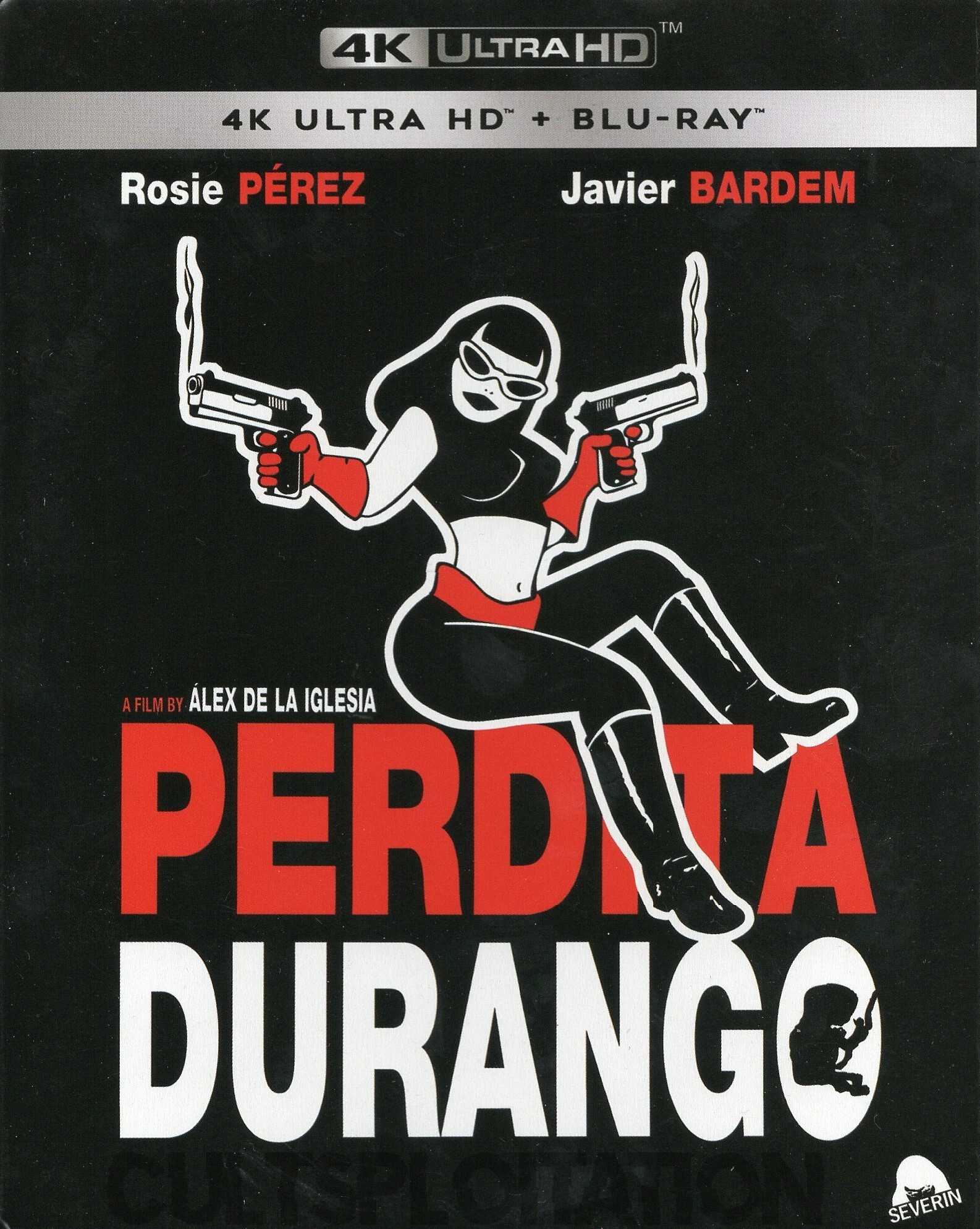 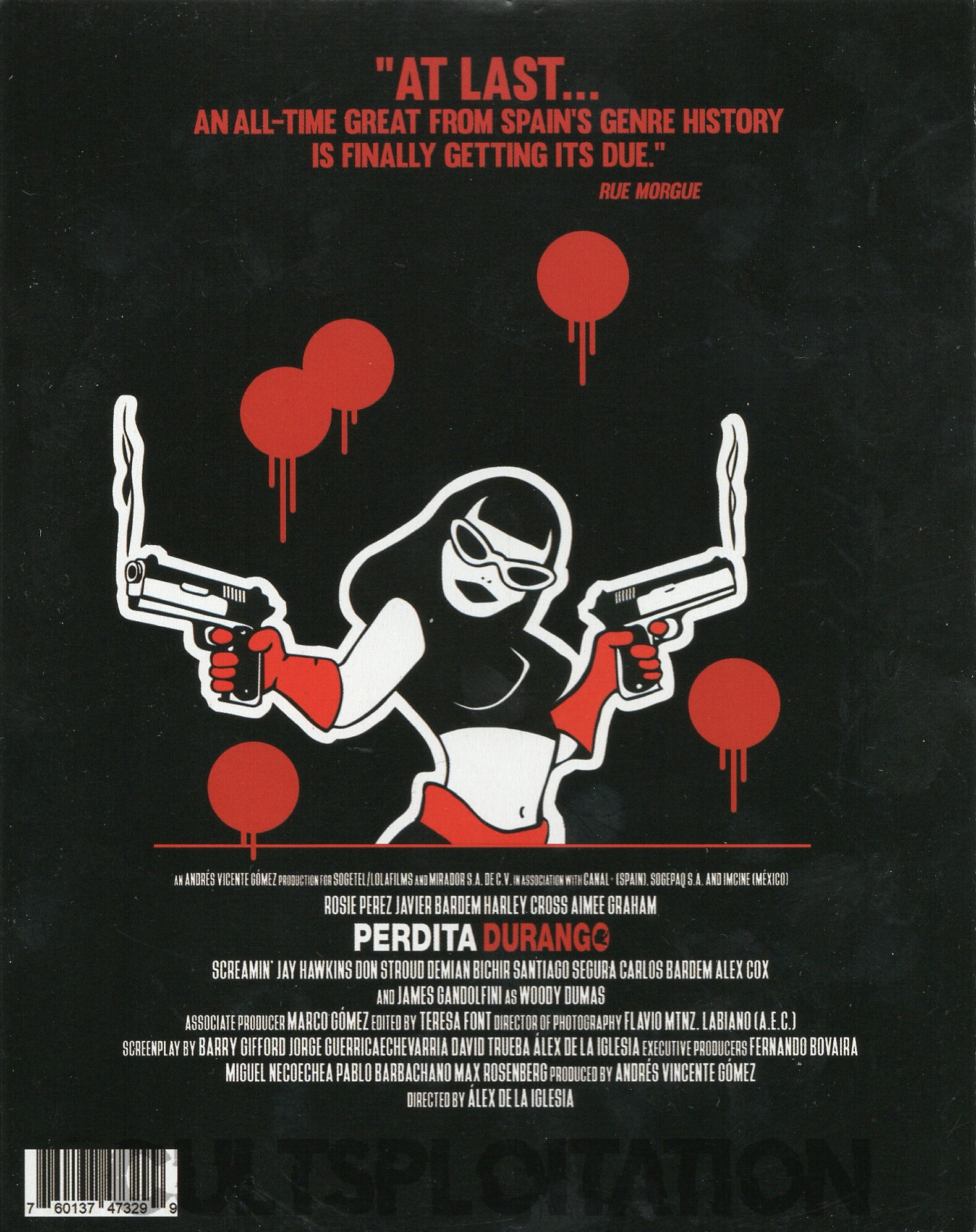 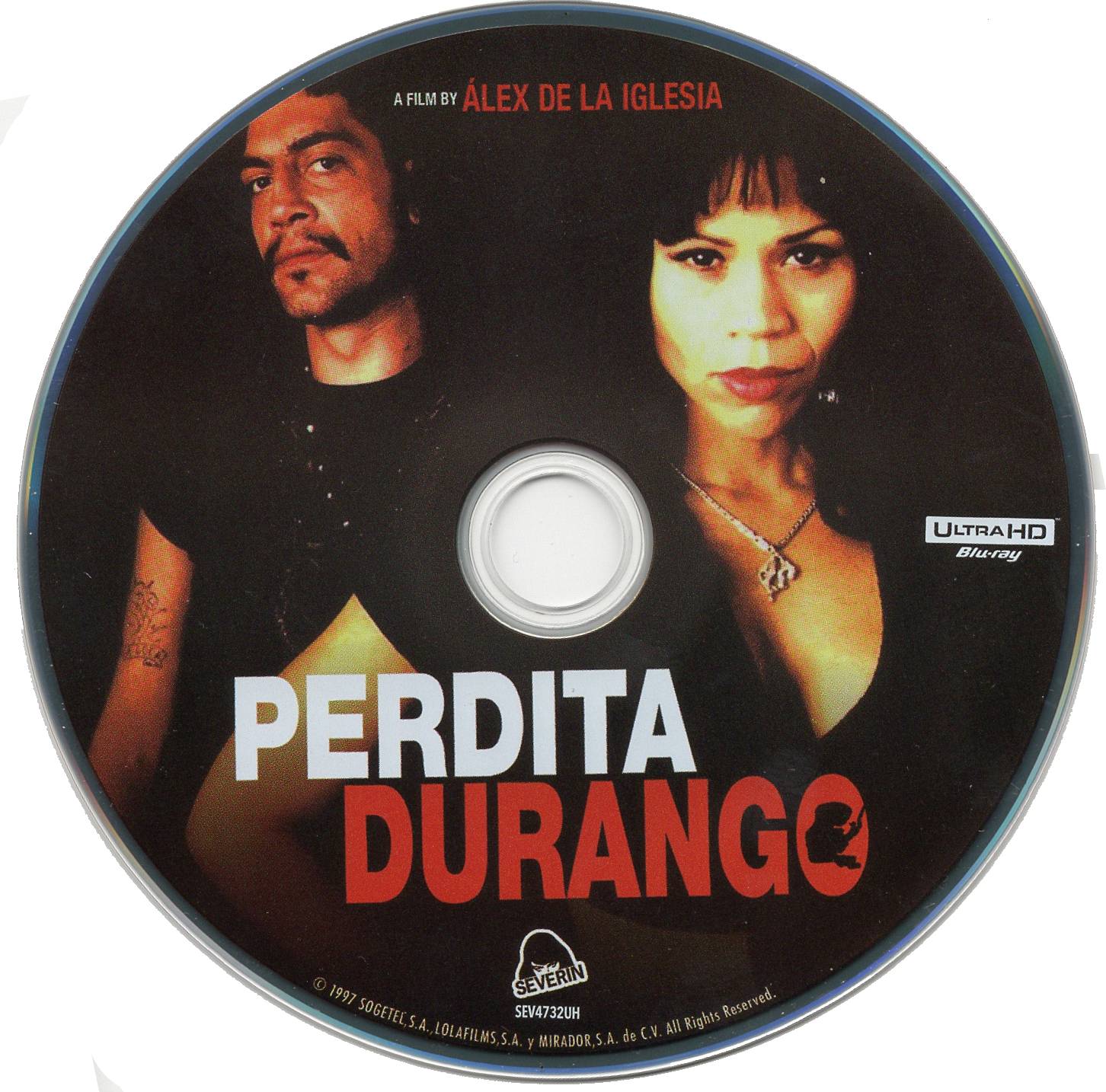