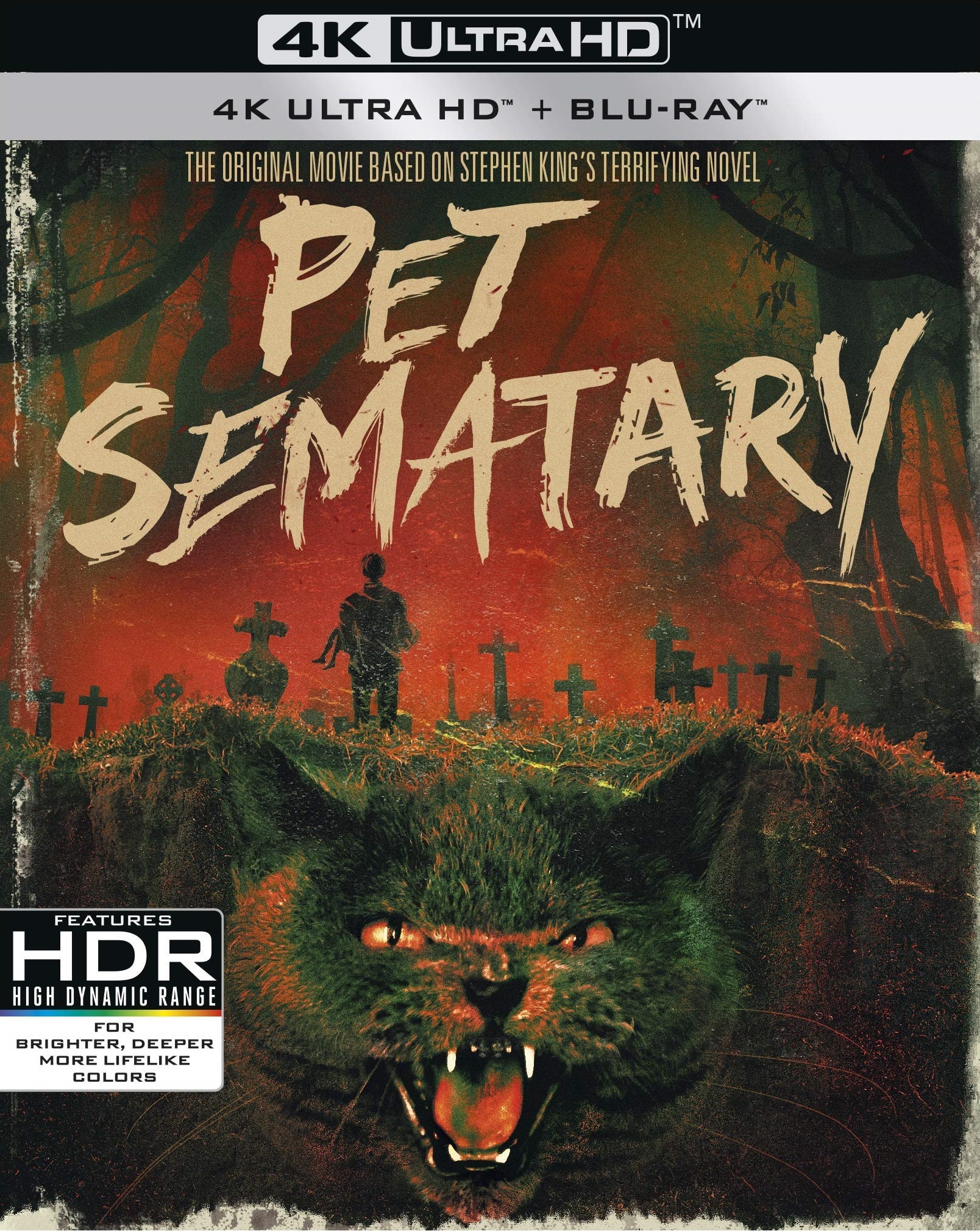 Pet Sematary is still a classic, even with some sketchy acting. There is now no better way to watch the classic than on Paramount Pictures' newly remastered 4K UHD and Blu-ray.
Film
Blu-ray
Reader Rating0 Votes
4.7
Buy
Amazon

The remake of Pet Sematary has finally arrived, and what better time than now to revisit the original 1989 classic. Paramount has gone ahead and provided fans with a new 4K UHD, which is phenomenal looking, but for people who have yet to upgrade to 4K (I don’t blame you as I’m sure 8700K is just around the corner), Paramount has also released the film remastered on standard Blu-ray, and when compared to the original Blu-ray release, it smokes it.

Now I could waste your time talking about the movie and my thoughts, but why would I do that when I can post a video I made where I compare the film to the book. That way I can take a bit more time diving into the Blu-ray and show you just how good the film looks now. However, if you’re dying for my opinion (honestly, who isn’t?), I can quickly tell you the film holds up today as it did back then, save for some sketchy acting from pretty much everyone, save the always reliable Fred Gwynne as Jud.

Okay, on to the new fancy 4K UHD and what it holds in store for fans. First off, the new transfer has resulted in extreme clarity, and nighttime scenes have never looked better. For a film that is 30 years old, the results are phenomenal. Don’t just take my word for it, check out the following caps (provided by caps-a-holic)

As you can see, the UHD lands on top, with the new Blu-ray just a step behind, and the older Blu-ray left at the starting line, coughing on its blood. A warning to the purists, though, as Mary Lambert points out in one of the features, there has been some digital cleanup and touches in the remastered version both on the UHD and new Blu-ray. This ranges from touching up the cat’s yellow eyes, tweaking Pascow’s ghost appearance, and changing the colour of the sky and surrounding areas around the “real” pet sematary. If such stuff bothers you, you might want to keep the original Blu-ray. However, most of these fixes are just there to make the film look better and fix anything that couldn’t be done back in the day. It never distracts from the viewing experience.

If you’re wondering about the provided audio, we are given the same DTS-HD Master Audio 5.1 that the original Blu-ray included, which surprised me as I was thinking the 5.1 wouldn’t be effective at using the surround channels, but it did a great job at enveloping you into the scary atmosphere. You also get the option to watch the film in pretty much every language on the planet.

The extra features are where we start to hit a low point, as there isn’t much new. With Synapse Films releasing the stellar documentary titled Unearthed & Untold: The Path to Pet Sematary, you can be hard pressed to find anything new to discuss. The new features either regurgitate information we’ve heard (Pet Sematary: Revisitation features a sit down with director Mary Lambert – approx 9-mins) before or disguise themselves as a fluff piece for the new remake (Pet Sematary: Fear and Remembrance features the cast and crew of the remake discussing their memories of the original- approx 7-mins). We also get a new Gallery of Storyboards never before seen. Not included on the UHD disc is the three older featurettes which have been included on the new Blu-ray. There is however an older audio commentary from director Mary Lambert on the UHD and Blu-ray.

The newly remastered 30th Anniversary release isn’t filled to the brim with new features, but if you combine this incredible looking release with the documentary mentioned above from Synapse, you’ll have the ultimate Pet Sematary experience on your hands. Even if you don’t have the means for 4K, the newly remastered Blu-ray is worth owning for the new transfer alone.

For more screenshots of the newly remastered Blu-ray, please check out our gallery.