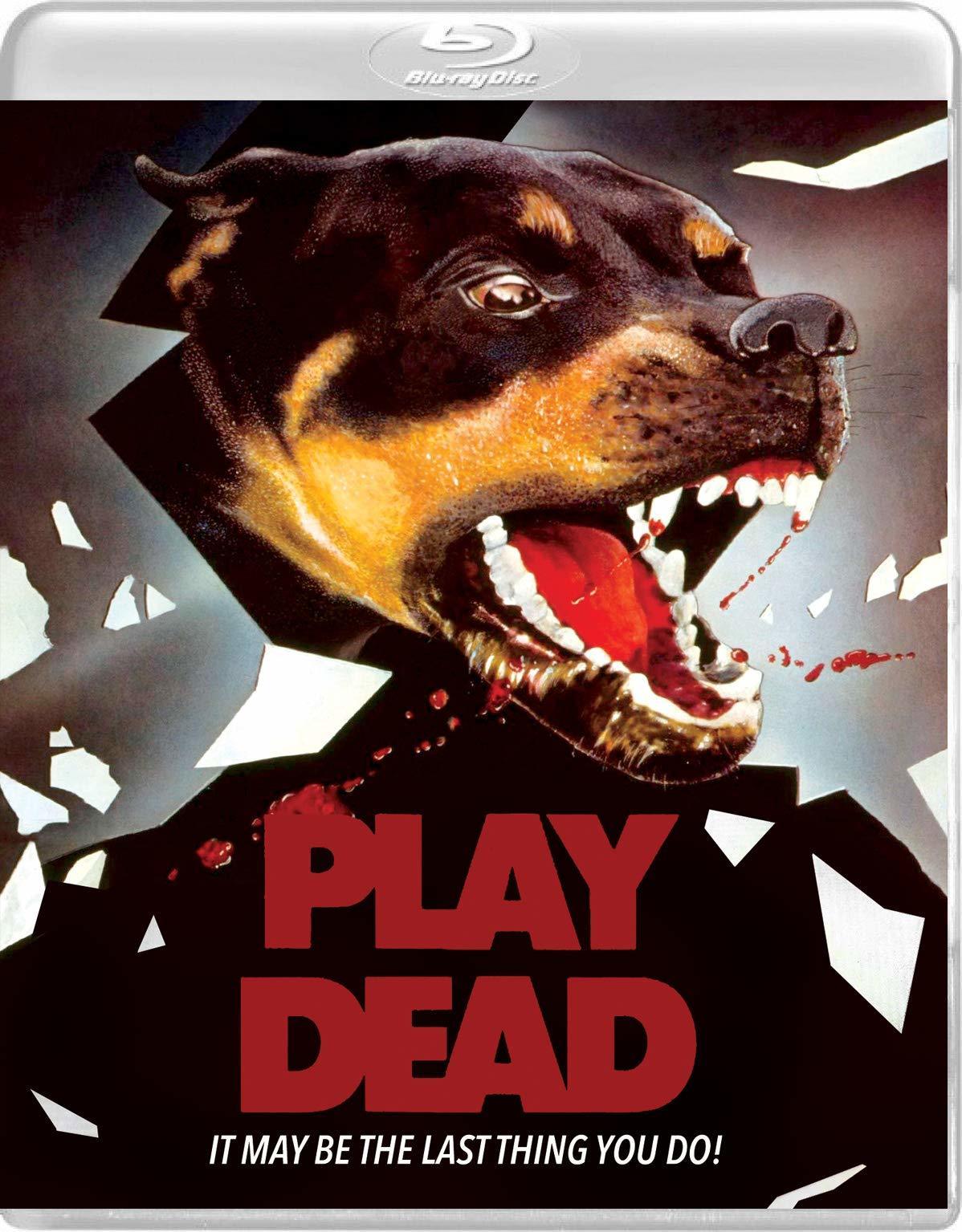 Longest sex scene without sex ever

Play Dead kind of just rolls over and dies with its slow pacing, but Vinegar Syndrome give it some pets anyway with a new transfer and features.
Film
Blu-ray
Reader Rating0 Votes
2.5
Buy
Amazon

Play Dead should be a great film. It’s got a stellar setup: Audrey’s (Stephanie Dunnam) mom just died, and because her Aunt Hester (Yvonne De Carlo) is a vindictive piece of shit, she finds that everyone around her also mysteriously dies after she adopts her aunt’s dog Greta (played by Greta and her pup). The basis for this vengeance is witchcraft; Aunt Hester sits in her mansion possessing the dog to do her bidding and make Audrey’s life miserable while the police languish trying to figure out what the hell is going on. The ideas are all here, and it sounds like a laugh-out-loud riot. Alas, it is not.

The biggest problem is Peter Wittman’s direction, which tends to make the film feel twice as long despite the fact it runs a scant 86 minutes. The employment of slow motion and Wittman’s failure to edit extremely long cuts causes Play Dead‘s scenes to drag. There’s a five minute sex scene, but without any of the good stuff! The final dog attack sequence takes place in slow motion, and we see it happen not once, not twice, but three times throughout the film! Ultimately these tend to pad the film with extraneous fluff that should have been cut from the film, and it sours any of the tension generated from watching a dog murder people not by vicious maulings but with everyday objects that just happen to do the job.

While the film’s plot is somewhat unique thanks to Greta the rottweiler, and it does often conjure up laughs thanks to ridiculous death sequences, it’s really not enough to alleviate the stagnant plotting. A lot of the film is spent following Audrey as she lazes at her house, often confronted by Otis the detective (Glenn Kezer) while he does a shitty job investigating suspicious deaths. The moments of comedy are unintentional, but they’re also so sporadically spread throughout the film that long stretches of time seem to offer nothing particularly compelling onscreen. Even the dog looks bored.

Play Dead‘s most worthwhile offering is De Carlo chewing scenery at every turn, but she’s not able to save this dogged film from its slow pacing and tame kills. Those watching in a group might enjoy some of the unintentional hilarity, but overall there’s not much to recommend. It’s disappointing, too, because the premise has so much promise.

Play Dead comes to Blu-ray with a new 2k transfer from the original 35mm interpositive. The lack of OCN does show some notable issues, mostly the ruddier skin complexions and the heavy presence of grain in some particular sequences. Some softness does crop up in some wide-angle scenes too. However, the transfer does offer good consistency and in particular reds and greens tend to pop. Overall, this is a quality transfer with some inevitable blemishes, but Vinegar Syndrome has done a good job managing the less-than-stellar source material.

Audio comes with a DTS-HD MA 1.0 mono track, which sounds quite clear without any volume drops. Occasional scratchy audio can be heard but for the most part, this is a clean audio track. English subtitles are also included.

Extra features include a new interview with director Peter Wittman, which is short and sweet at only about 6 minutes. He does talk a bit about the filming, but ultimately he admits that it was so long ago he doesn’t remember too much about it. Also of note is a new audio interview with Stephanie Dunnam, who is certainly pleasant throughout discussing her career and, eventually, revealing that the sex scene in the film was not intended and she did require a body double for the breast shots. She also reveals that her on-screen partner ate an onion before that scene, which is pretty bizarre.

A theatrical trailer is also included. Vinegar Syndrome provides a DVD version of the film along with reversible cover artwork too (see scans below).

It’s difficult to recommend Play Dead to anyone but the most avid low-budget cult film fan, simply because the movie is a chore to get through. However, Vinegar Syndrome have cleaned up this dog and released it on Blu-ray with a nice transfer and a couple of good special features.