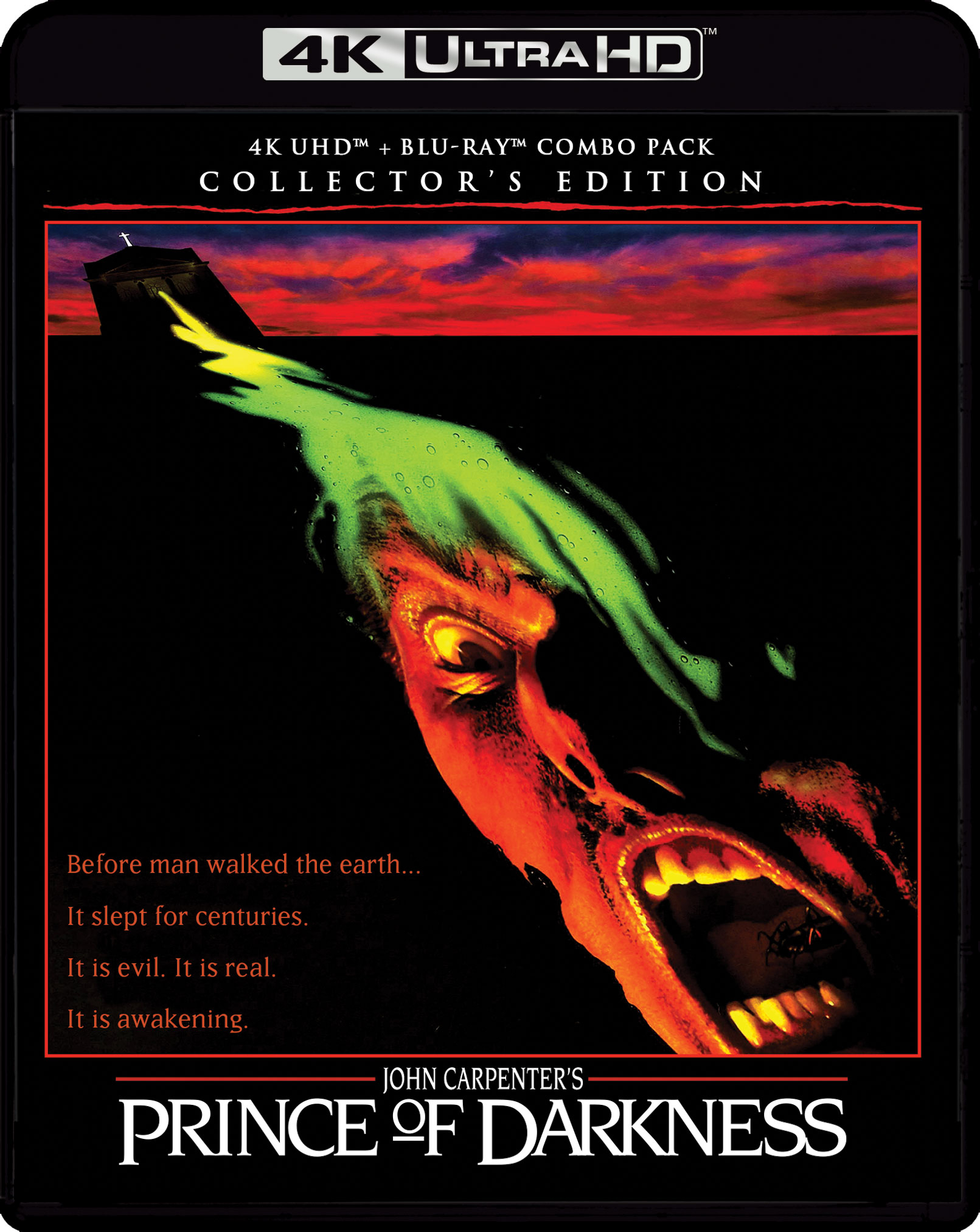 In fact, you will not be saved!

John Carpenter is considered a master of horror for a reason. Cinema fan or not, it’s safe to say 99% of the population knows at least one Carpenter film, whether that be the iconic Halloween, the wonderful Escape from New York, or the frigid The Thing. However, 1987’s Prince of Darkness is something of an outlier in Carpenter’s body of work; it certainly does not have the type of recognition that his more popular films get, perhaps because of its more explicit religious elements or… questionable poster artwork. Whatever the reason, it’s a film that gets short shrift from many horror fans, but Scream Factory’s new 4K UHD hopes to change that.

Though Carpenter’s name isn’t on the writing credits – that’s technically Martin Quatermass – he did in fact pen the script and pull triple-duty here as director, writer, and co-composer along with collaborator Alan Howarth. That undertaking proves extremely beneficial to Prince of Darkness, because the film feels extremely cohesive in its direction. Carpenter follows a group of scientists, led by physicist Birack (Victor Wong) and his team of students including Brian (Jameson Parker) and Catherine (Lisa Blount), who are working with a priest (Donald Pleasence) to examine an ancient container of green slime that seems to be ushering in a quickly-approaching destruction.

One thing that stands out about Prince of Darkness is its brooding apocalyptic tone, aided in no small part by the ambient touches of synthwork in the soundtrack. Much of the film’s opening minutes is about building up that dread, with Carpenter utilizing edits to quickly jump through time to show the devolution that’s happening due to the unearthed container. It’s a skillful use of both sound and imagery to convey a tone that never lessens throughout the film.

And that ultimately sets the stakes for the research session once the team assembles in the church to observe the container, with Carpenter’s characters bringing different scientific jargon to the table. That science is all sort of mumbo-jumbo, but it works because the implications of their findings are conveyed. Prince of Darkness works in a fleeting science fiction element as well that’s quite intriguing: someone from the future is beaming a signal to the consciousness of the group about the impending doom.

The pacing is all slow but steady, with Carpenter employing a number of particularly frightening sequences as the green slime uses the team as hosts for its bidding in a body horror-type methodology. Prince of Darkness doesn’t really employ jump scares, instead utilizing its possessed characters to instill fear. Susan Blanchard in particular puts in a great performance with her facial features and good makeup effects. These moments are genuinely eerie, something that most horror films have a hard time crafting without resorting to loud sounds and popups.

Prince of Darkness ranks up there with Carpenter’s best works, and its dark themes are well-aligned with the rest of his output. Here, Carpenter explores the collision of religion and science and, in the film’s conclusion, forces the viewer to come to their own conclusion about whether apocalypse was truly avoided. It doesn’t explicitly condemn Christianity, but Carpenter certainly presents a question: was there a God that intervened? It is Pleasence’s character that thinks he has an answer, but Prince of Darkness implies that may not be the case.

Scream Factory originally released Prince of Darkness on Blu-ray back in 2013. Since then, there have been a number of technological advances in both Blu-ray and UHD, and Scream Factory have gone back to the drawing board to provide a new 4K transfer for this UHD release. Honestly, the originally Blu-ray already looked quite good, but this UHD brings out even more detail for perceptive viewers. The transfer presents more filmic grain here, providing a high level of definition to everything from skin tones to clothes to the background cracks of the church walls. Facial features display pores, wrinkles, and other noticeable qualities. Signage (what little there is) is evident in backgrounds. Ultimately this is a moderate improvement in quality. The HDR is not utilized to a high degree in the film, but particularly greenery, the green container, and Lisa Blount’s red hair are noticeably vibrant.

This release contains a Dolby Atmos track which I am unfortunately not able to take advantage of at this time. However, the included DTS-HD MA 5.1 track (only available on the UHD) indicates that the Atmos would increase the surging soundtrack and various ambient effects throughout the film. The 5.1 track sounded lush and clear, with good dialogue control and prominent satellite usage. Also available is a DTS-HD MA 2.0 Stereo track on both the UHD and Blu-ray discs. English subtitles are also included.

There are no new extra features on this release, and in fact both the UHD and Blu-ray discs contain the same menus as the previous Blu-ray. The UHD disc does feature the audio commentary from John Carpenter and Peter Jason as well as a theatrical trailer in UHD and a TV spot. On the Blu-ray disc, along with the commentary are a number of interviews including one with Carpenter, another with Alice Cooper, a talk with visual effects supervisor Robert Grasmere, one with Alan Howarth, and a Horror’s Hallowed Grounds episode. There’s also an alternate TV version opening sequence, a different theatrical trailer and radio spot extra, and still gallery.

This is one hell of a UHD release for Prince of Darkness. Fans of the film should definitely seek this one out, as the video quality is quite possibly the best we will get. Also of note is the new Dolby Atmos track which should be a treat for those able to utilize it. The only thing that hampers this release is the lack of any additional features not provided on the previous Blu-ray. 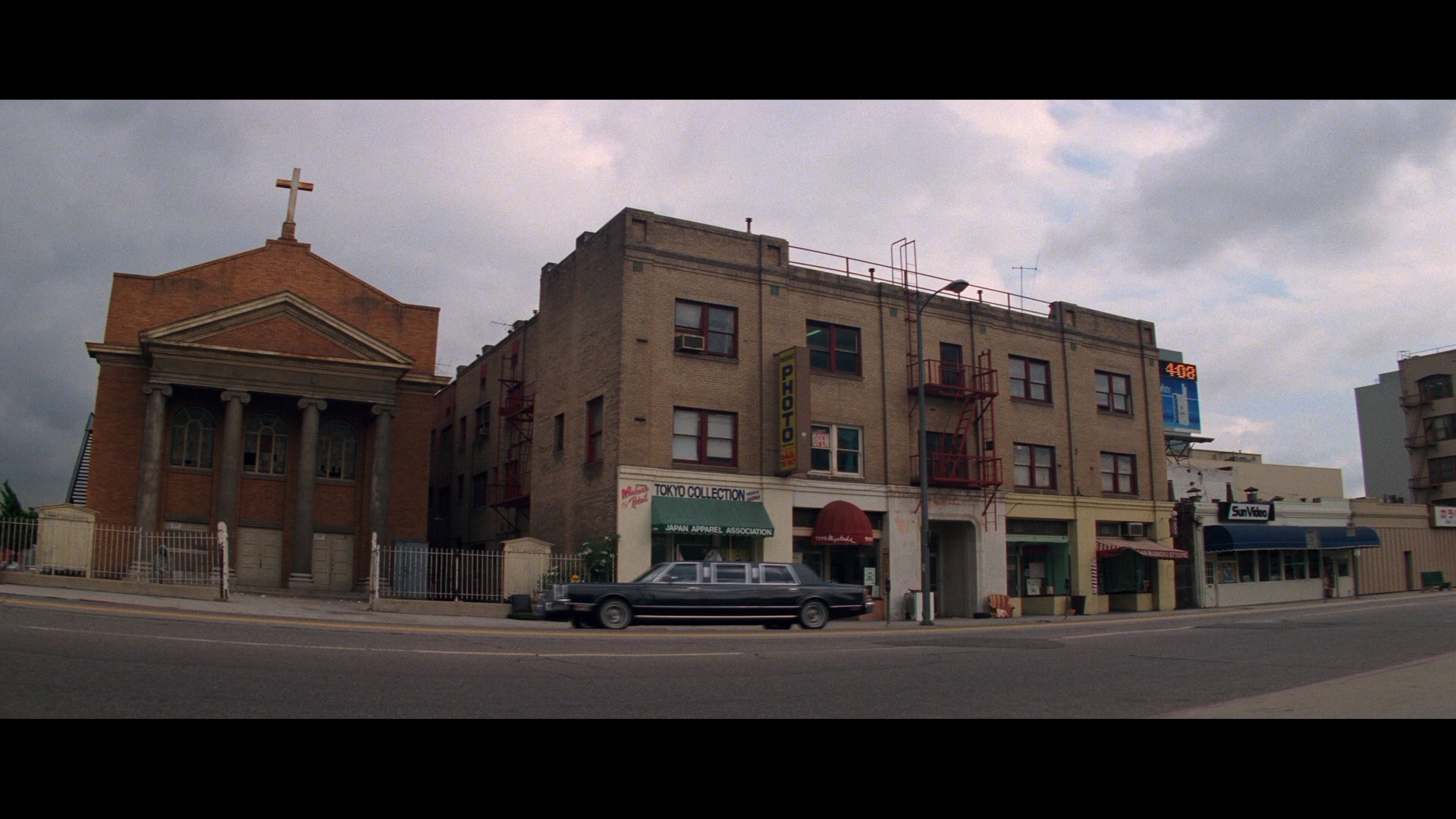 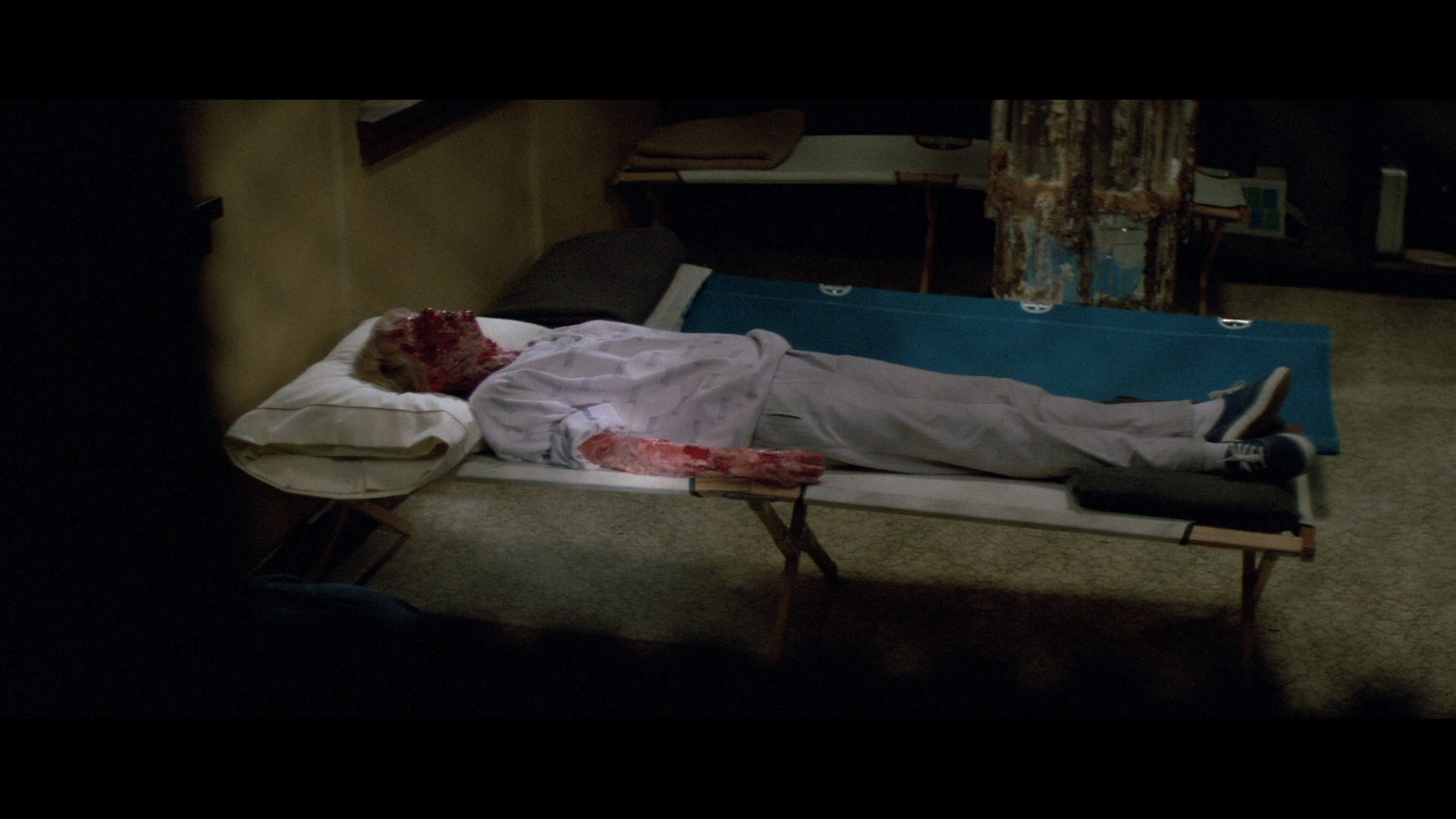 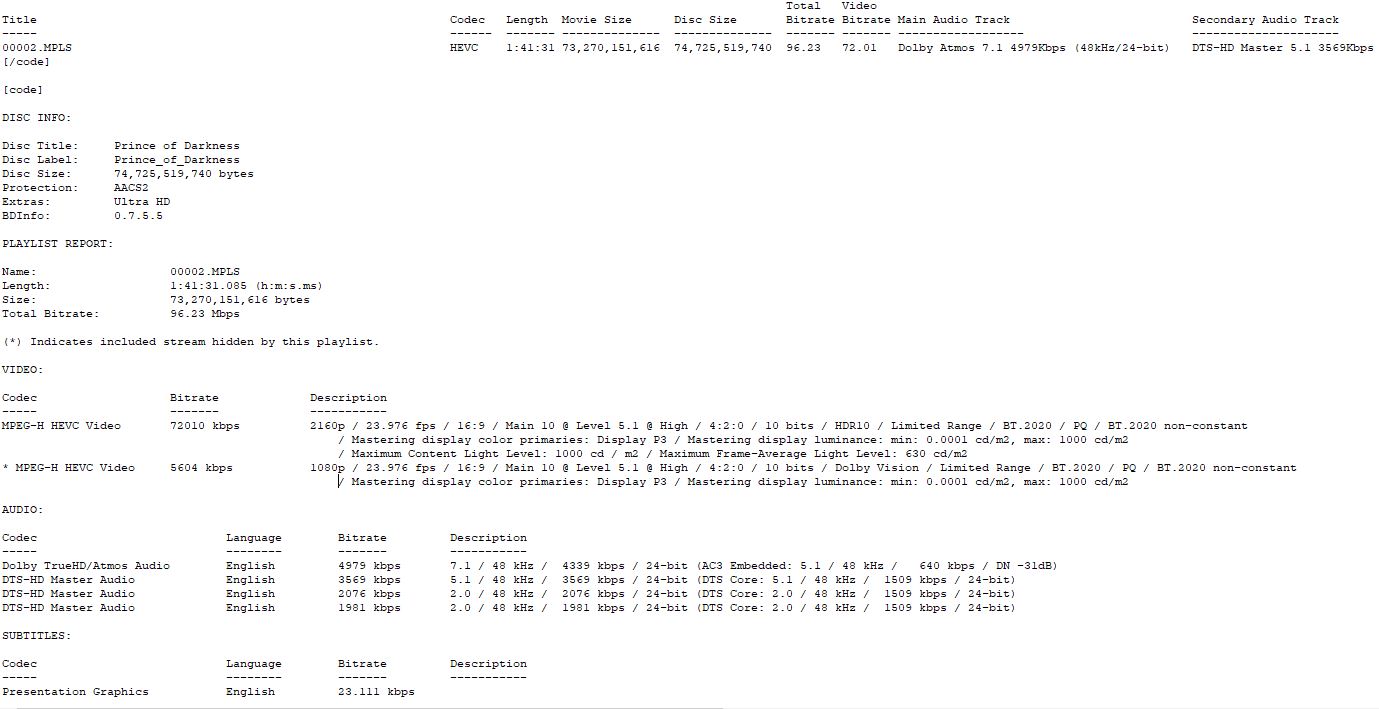 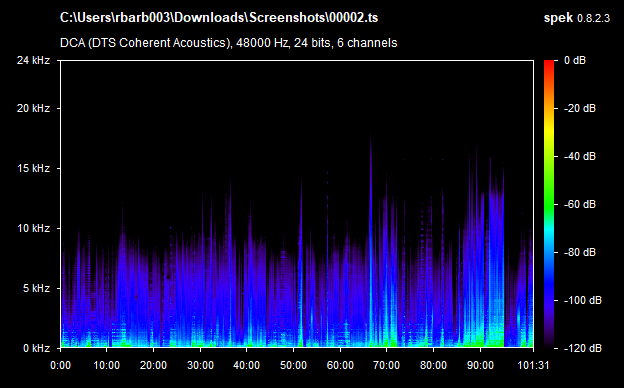 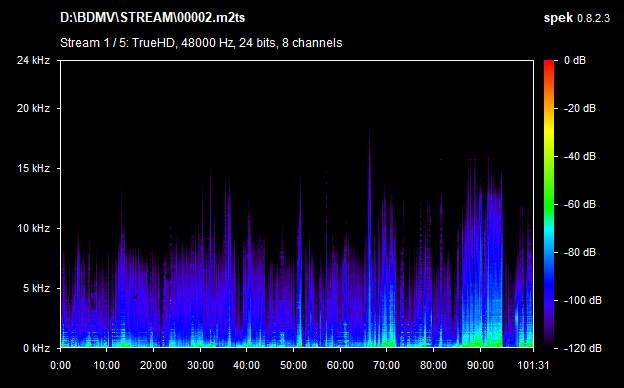 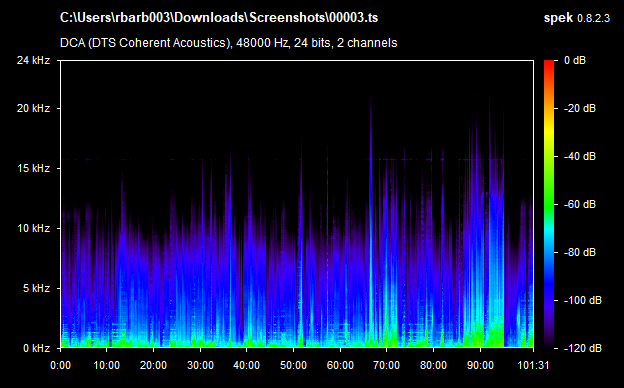 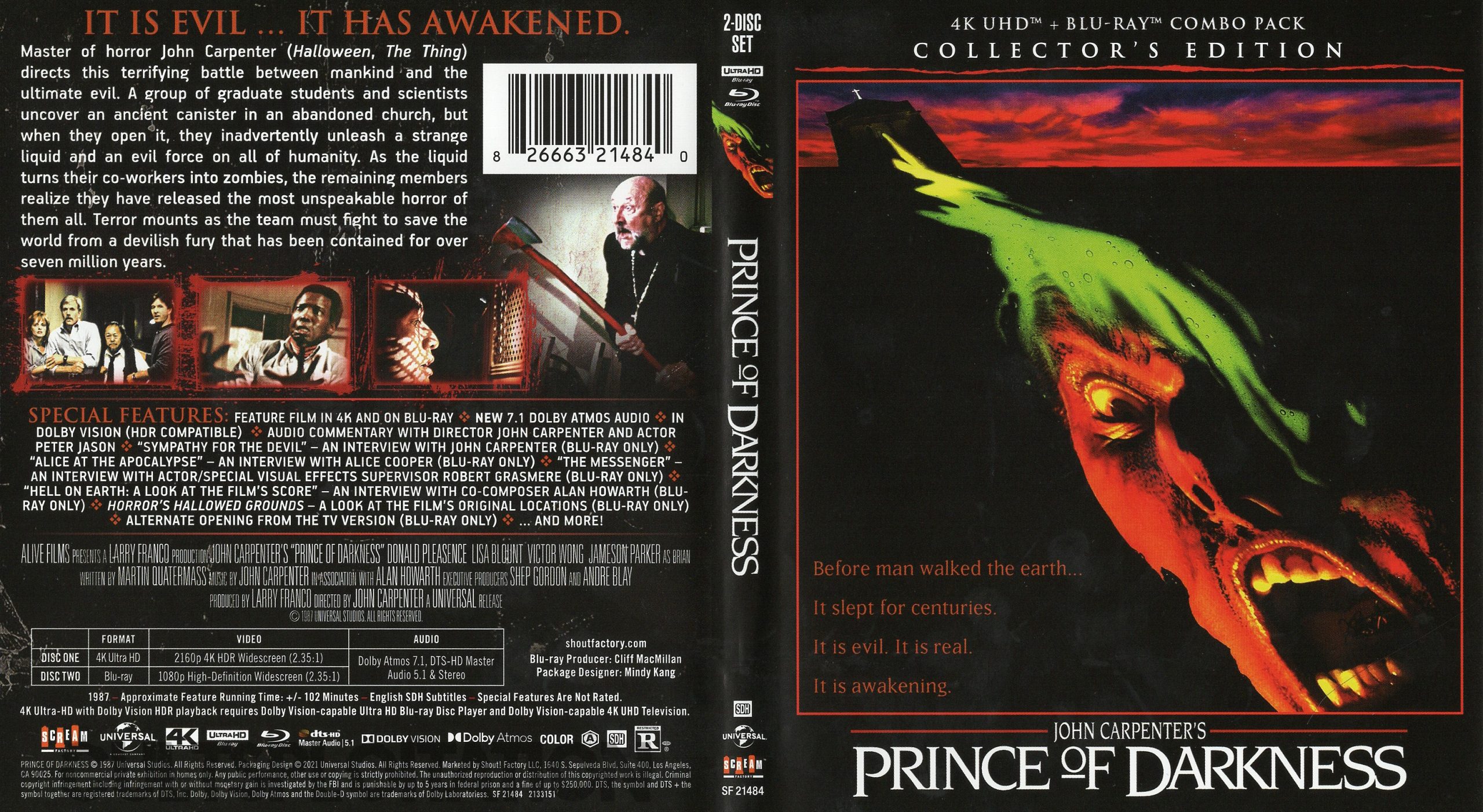 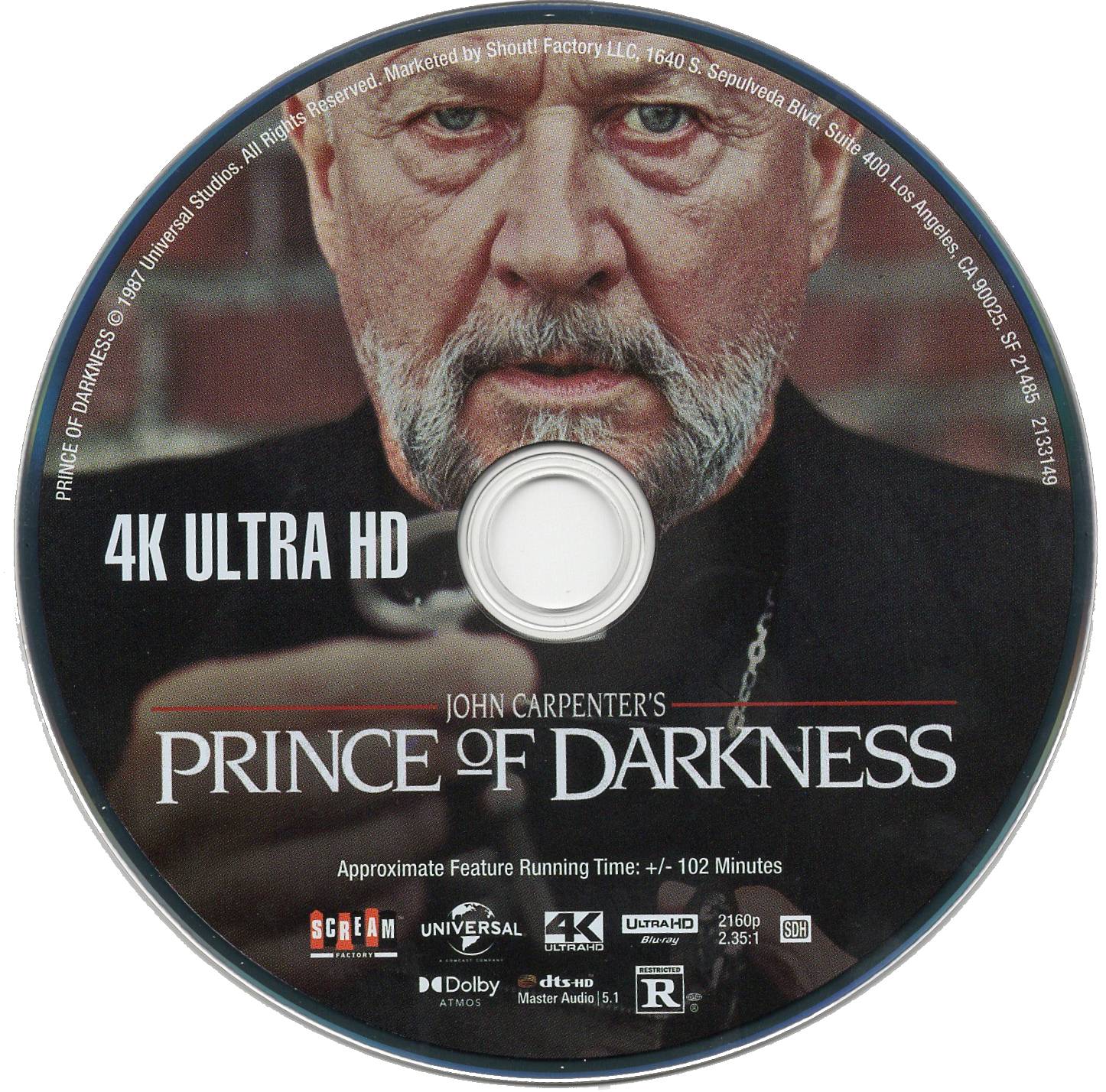 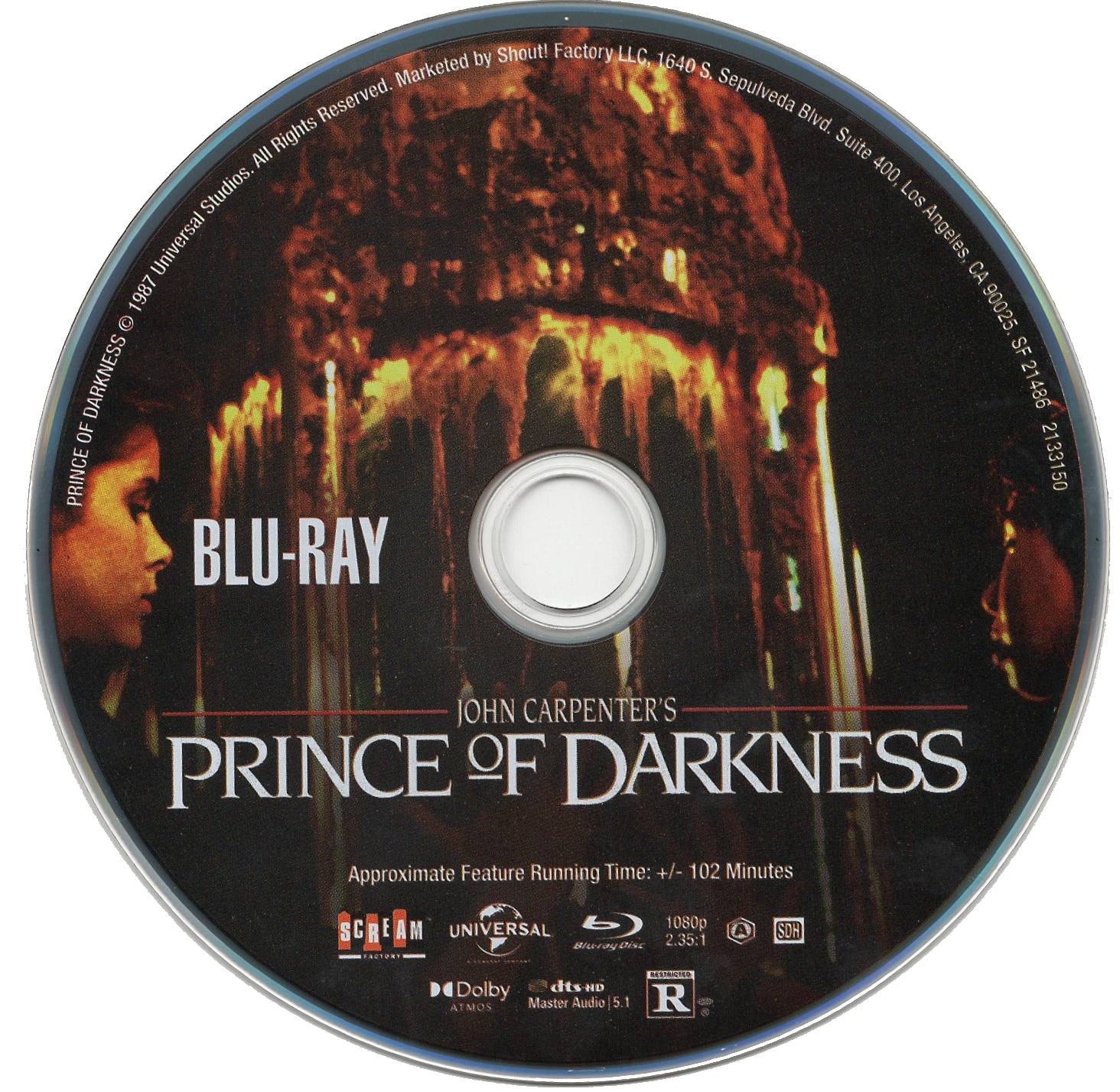