Josh Becker’s film Running Time stars Bruce Campbell in an indie thriller, but that’s not the reason why most people would talk about the film. Its ambitious goal is to deliver an experience akin to Hitchcock’s Rope, with a Steadicam tracking all of the action throughout the movie’s 70 minutes without any obvious edits. What we get is a heist operation happening in real time that goes awry, with the seamless experience meant to create palpable tension for the audience who are experiencing the mishaps right there with Running Time‘s protagonists.

For the most part, this conceit is successful. While Becker certainly employs the obvious tricks to segment the lengthy scenes like a quick pan into a character’s clothing or a barrier, the attention to the craft is duly noted by the viewer especially for such a low-budget affair. Running Time is well-paced, too, because its 70 minutes are forced to deliver the entirety of the exposition and action in a truncated method, without the aid of flashbacks or setting jumps.

Bruce Campbell is definitely the glue that holds it all together; his commanding presence is a boon to the film, and he manhandles the entirety of the movie. That’s not to say his costars don’t do some good work – both Jeremy Roberts and Anita Barone play off Campbell very well and give a lot to work with. But Running Time would probably not be half the film without Campbell’s presence.

And that’s because the film’s central heist plot is just not that interesting. It’s not complex, it doesn’t have a lot of moving parts to it; in an age where heists have become increasingly complicated, Running Time‘s simply feels sluggish. Not only that, but a group of four is stealing only $250,000 to be split four ways; how much are they expecting to make from that! Even in 1997, it’s not exactly life-changing money.

Surprisingly, though, the basic plot can be forgiven because of the other elements at work in Running Time. While it’s not going to blow anyone’s mind, the long shots add depth to the film for the viewer to marvel at the technical feat, and Campbell is, as always, a treat. For fans of Campbell’s work or the cinematic process, Running Time is definitely worth spending some time with.

Synapse Films has provided a new 2K scan of the original camera negative for this Blu-ray release of Running Time, keeping the 1.37:1 aspect ratio intact and the black and white cinematography. A medium-bodied grain-scale is present with a fairly good amount of depth and definition. Contrast looks very sharp attempting to mimic a noir-like feel, and overall quality is very good. No real damage to speak of here. Overall, a great transfer that may be the best fans of Running Time will get.

Audio is a DTS-HD MA 2.0 Stereo track that sounds clear with dynamic dialogue range. The film doesn’t have a lot of sound effects or dialogue but the presentation has no noticeable flaws. English subtitles for hard-of-hearing are also included.

Extra features include a new black-and-white interview with Bruce Campbell that runs about 20 minutes. He talks at length about the production process on the film and why it’s one of is favorite creations; his love affair with film is palpable. An audio commentary with Bruce Campbell and Josh Becker can be added to the feature film for additional background information about its production. Also included is a vintage Q&A session from the Freaky Film Festival, as well as a trailer. This release gets new reversible cover artwork too.

Running Time will certainly appeal to Campbellites who enjoy the actor’s output, and considering it is one of his personal favorites, it is absolutely worth at least one viewing. Synapse Films has given it a nice home on Blu-ray with a great transfer and a few special features to add additional value. 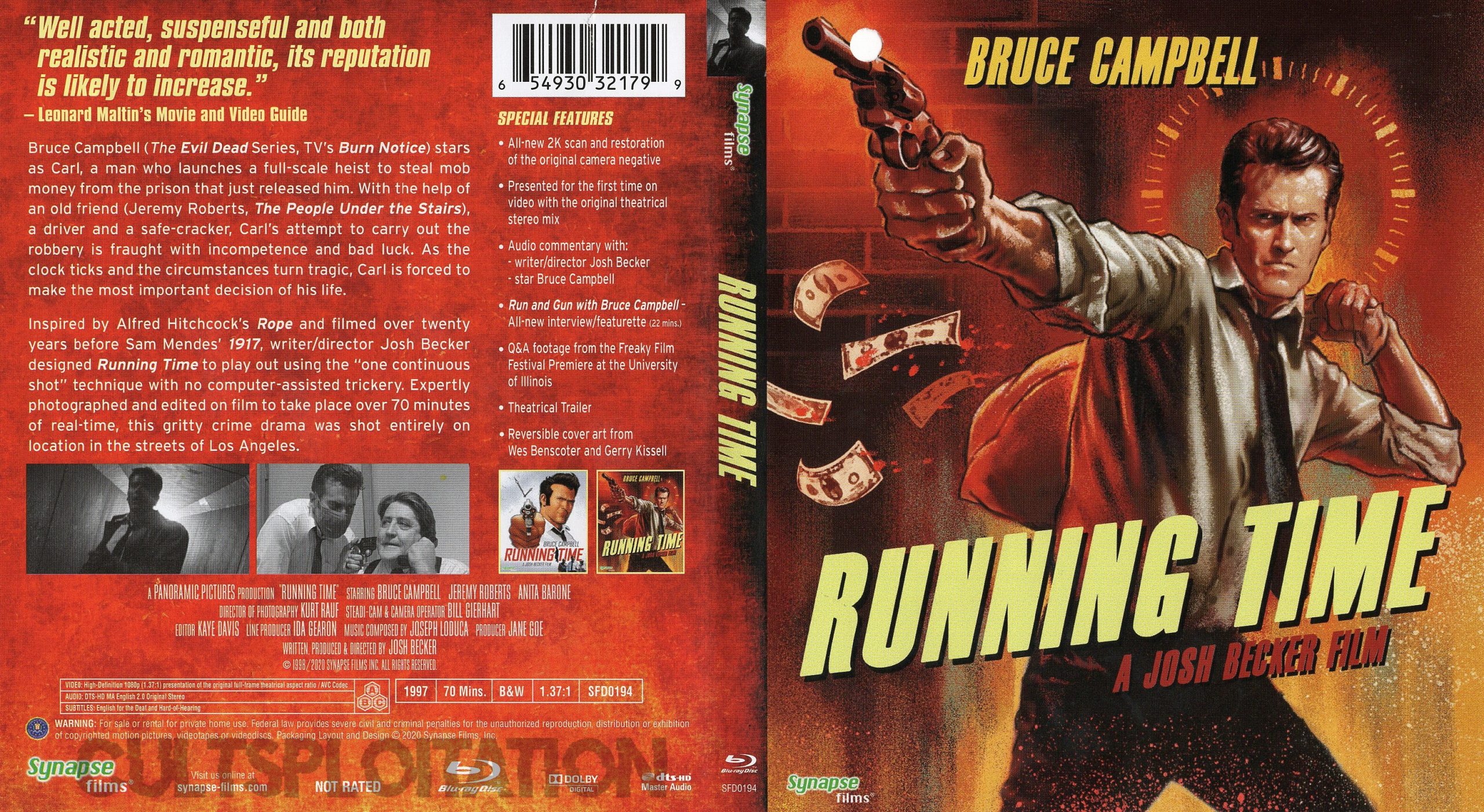 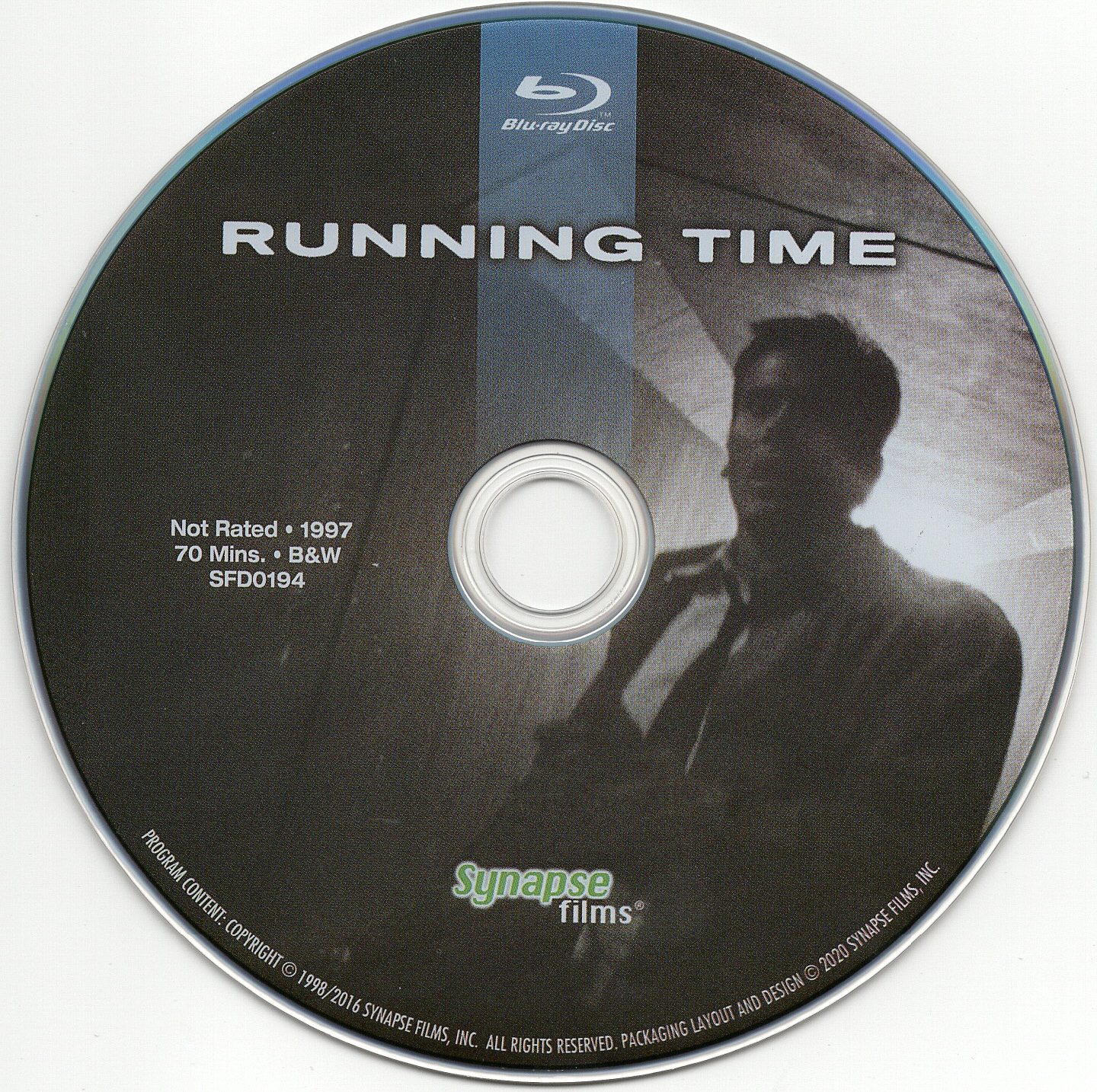