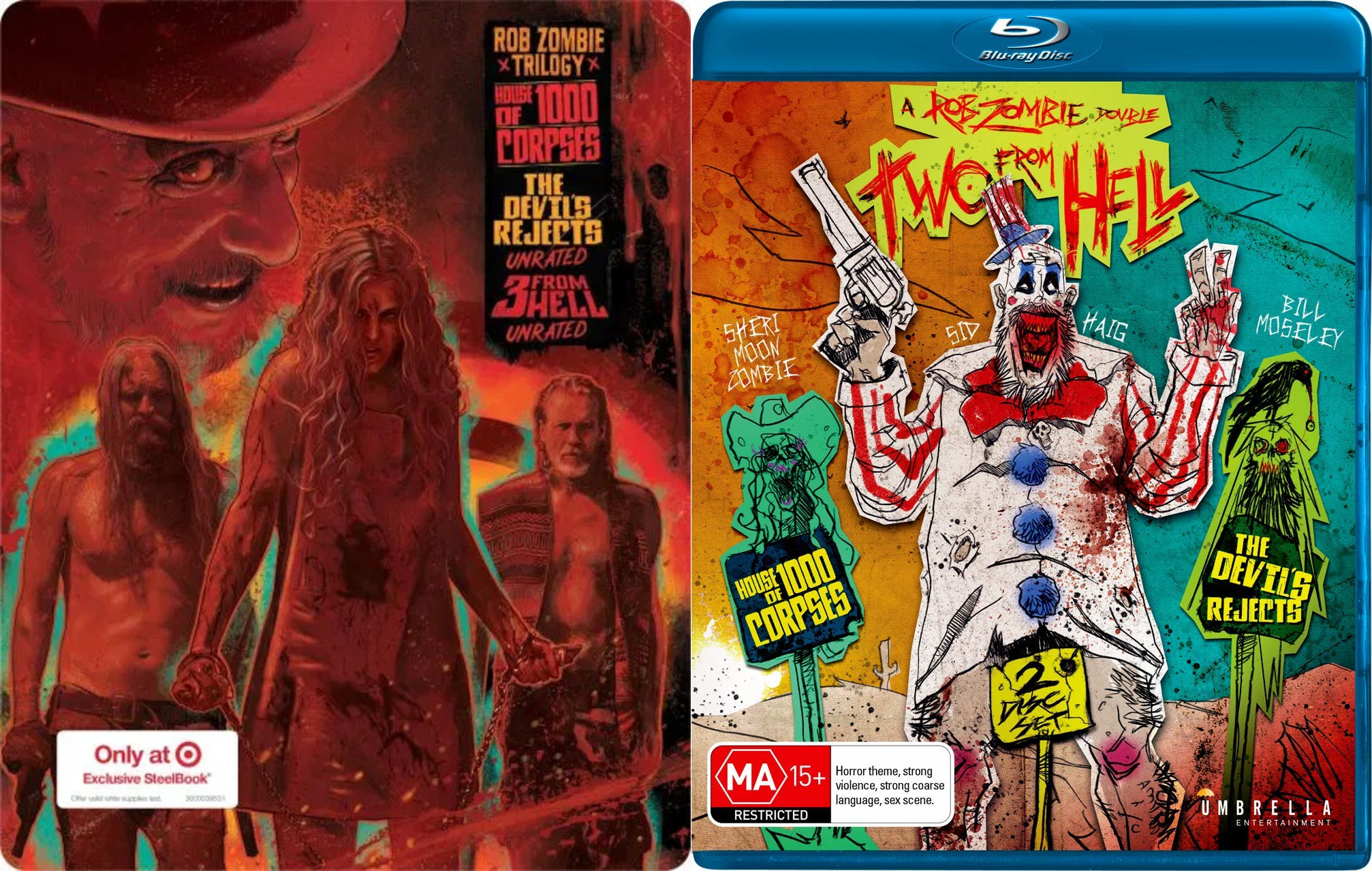 Here is a comparison gallery of screenshots between the Lionsgate and Umbrella Entertainment Blu-ray release of The Devil’s Rejects (the Lionsgate comes from the new Rob Zombie Trilogy steelbook, the Umbrella comes from their Two from Hell Blu-ray with House 0f 1000 Corpses).

The first image is from the new Lionsgate release, the second is the previous Umbrella Entertainment release. Click any image to open a larger lightbox version. You can also right-click to View Image and open both in separate browser tabs for quick comparison.

If you like the first image, pick up the Lionsgate Blu-ray, which is exclusively at Target.

If you like the second image, pick up Umbrella Entertainment‘s Blu-ray.