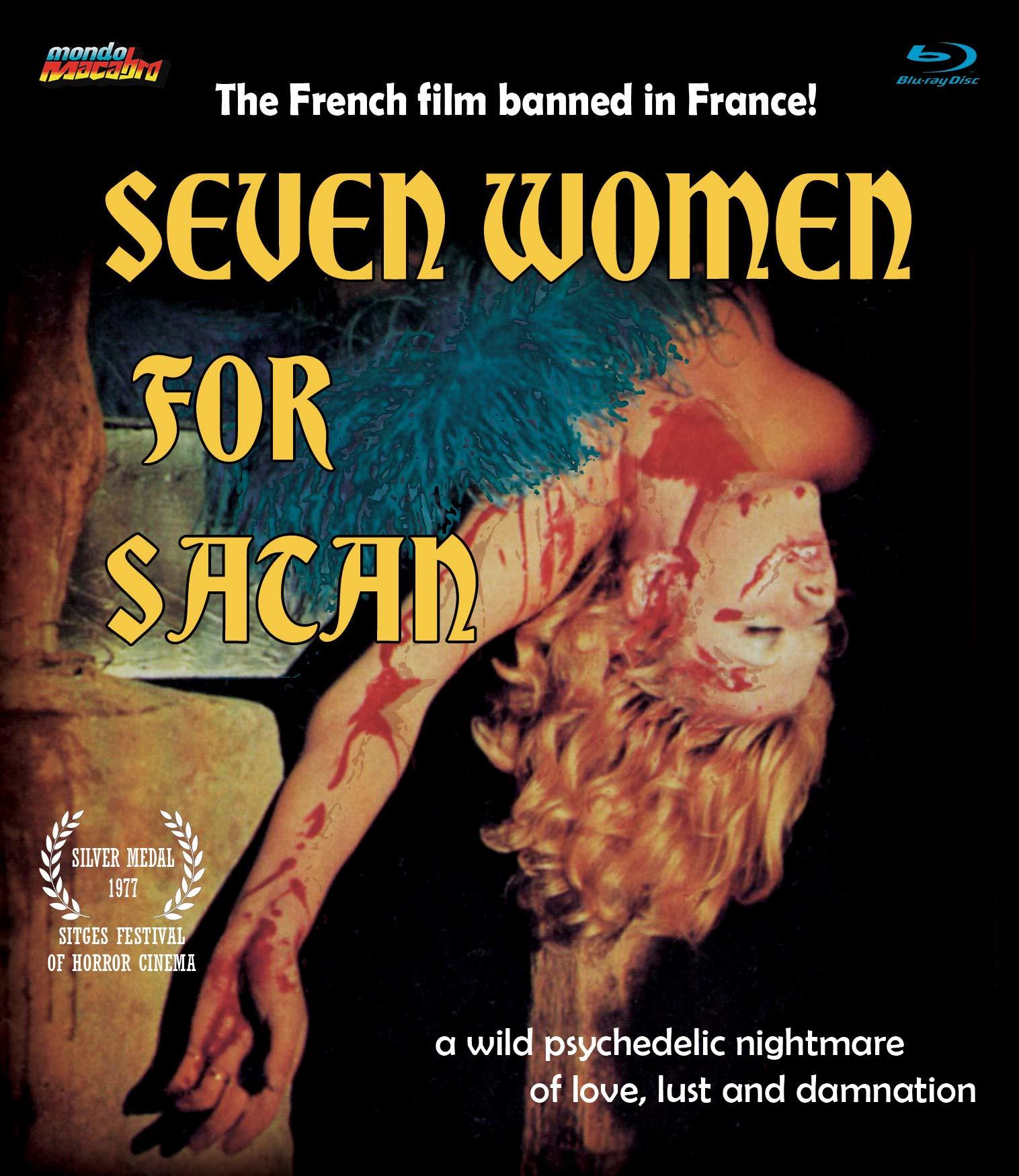 Michel Lemoine puts himself in the lead role of Boris Zaroff in his 1976 film Seven Women for Satan, a decision that isn’t too hard to understand: his feature film requires all sorts of physical contact with nubile young ladies, whom Zaroff gets to bed and then torture in his castle abode. Also known as The Wicked Weekends of Count Zaroff, the film loosely – even looser than you’re expecting – adapts the famous Richard Connell story The Most Dangerous Game into a bloody, nudity-filled romp with Lemoine seducing his women before subjecting them to violence, only to incorporate a twist at the end about Zaroff’s sense of reality.

Mondo Macabro previously brought Seven Women for Satan to DVD and they have seen fit to do the same for Blu-ray; here, they give the film a new 4K transfer from the film negative, and also offer both the normal theatrical and an extended version that adds about 8 minutes. Overall, the results are quite good, with a moderate grain scale that comes and goes depending on the scene’s light. Seven Women for Satan features a lot of soft focus and an intentional overblown white scale, and those are apparent on this new transfer to no fault of MM’s. Skin tones are natural, which is good because you’re going to see a lot of it. I recommend the extended version if only to see the full intended movie, but either should do the trick.

Audio is presented in both a French and English DTS-HD MA 2.0 mono track. The French is the standard and comes with default English subtitles, and it’s the best way to watch the film since the English dubbing is a bit suspect. While the French has a couple instances of distortion, I found it more engaging than the English, which does feature a slight background hiss. Either way, both tracks are good, but the French is a rewarding experience.

Extra features include an archival interview with Michel Lemoine which goes through his life in film and documents a large part of his filmography. A lengthy Le Chat Qui Fume interview with Robert de Laroche delves into some tidbits about filming the movie, including some comical interactions with co-star Howard Vernon. Also included are a number of extended and deleted scenes that feature more violence and nudity; split into 9 parts, these scenes total about 30 minutes. Finally, an original HD trailer is featured as well.

While Seven Women for Satan is not a particularly well-made film, it should find an audience with Francophiles and other fans of softcore horror-infused erotica. The Mondo Macabro Blu-ray is a strong showcase for the movie, though, with a great transfer and plenty of extras (albeit previously available). 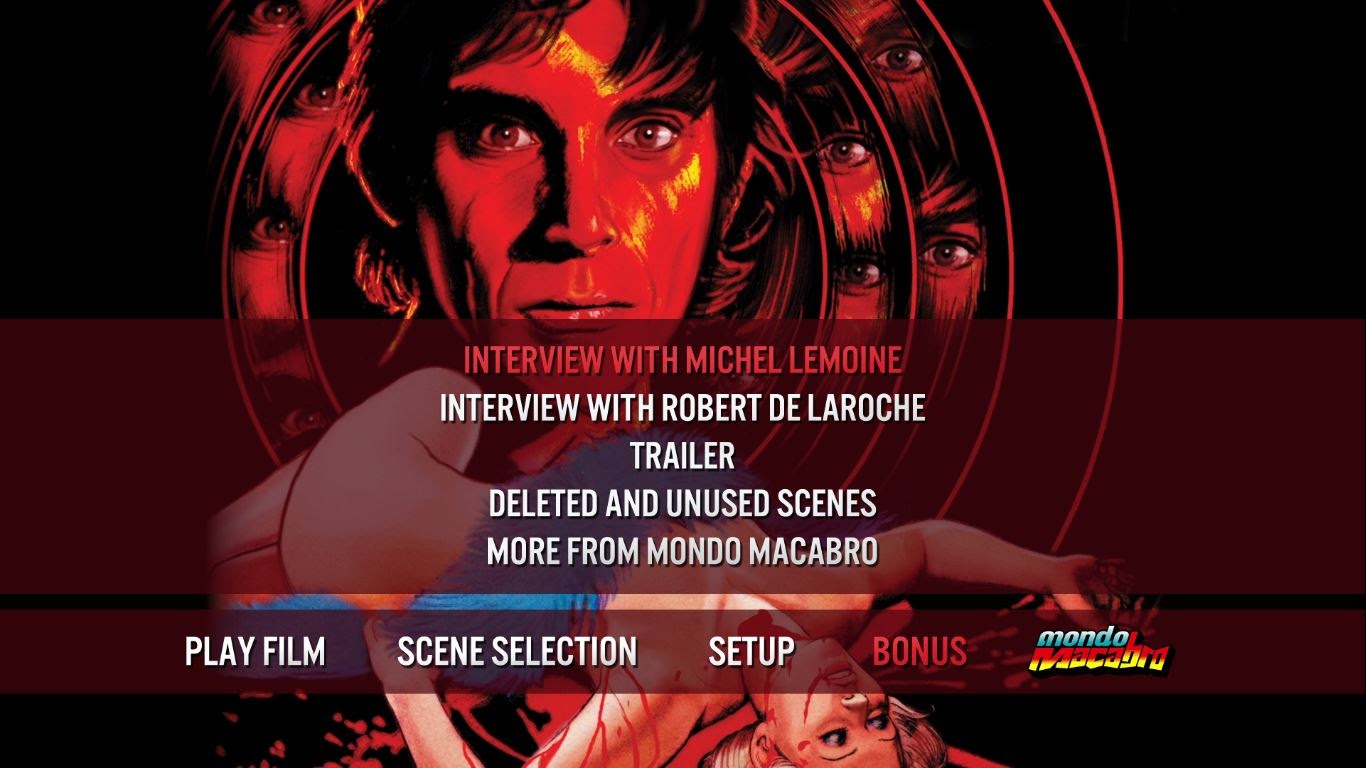 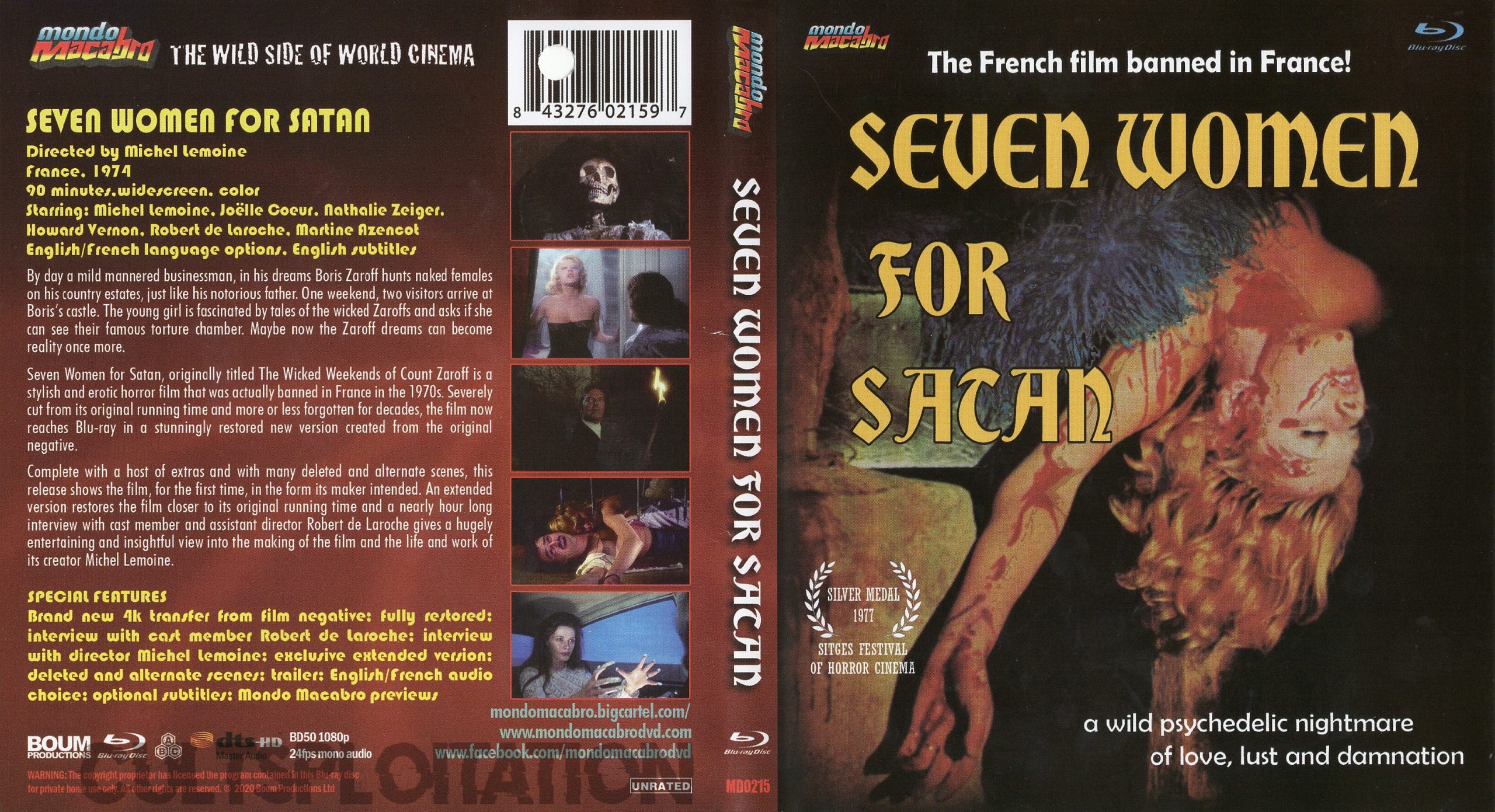 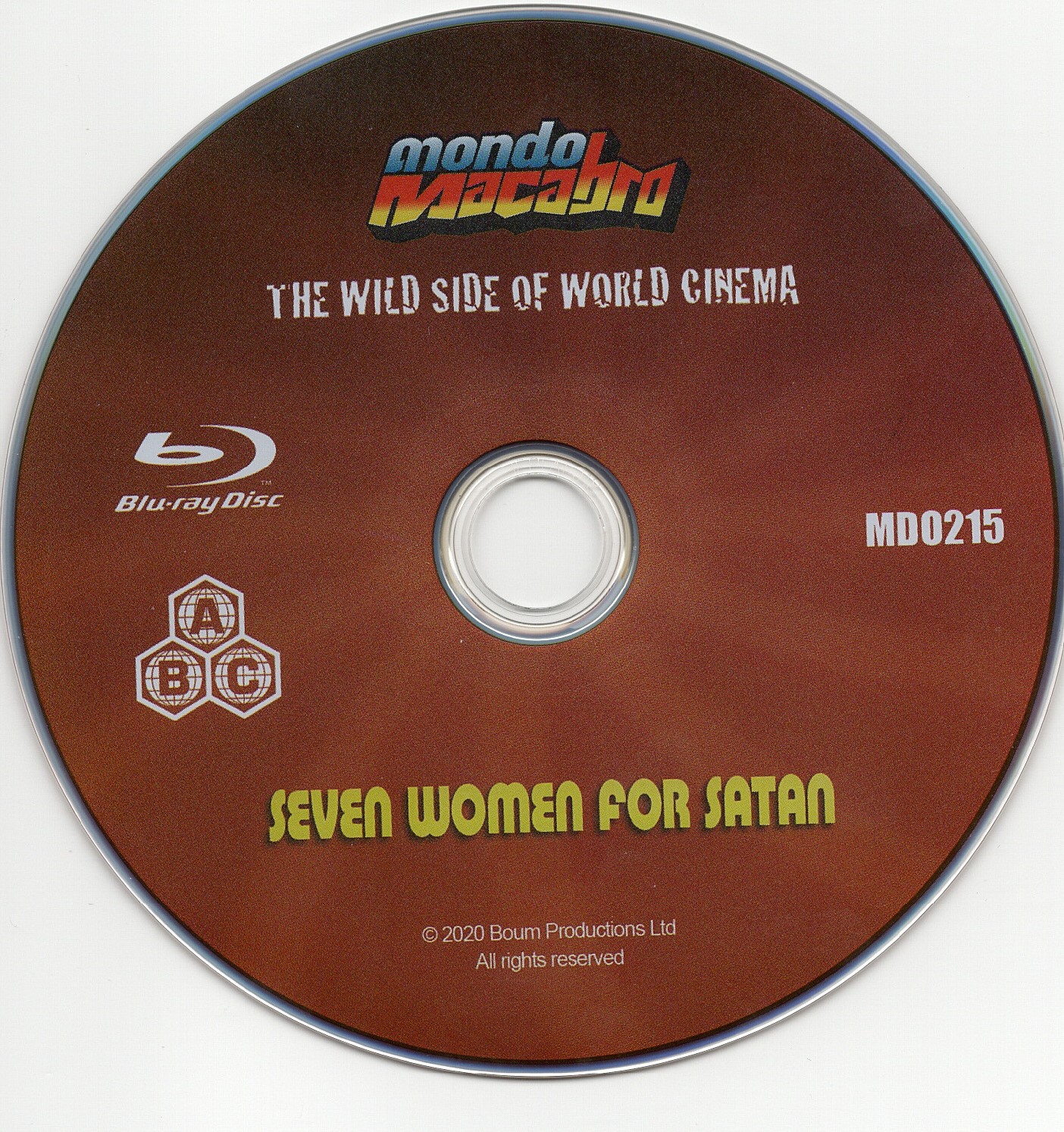