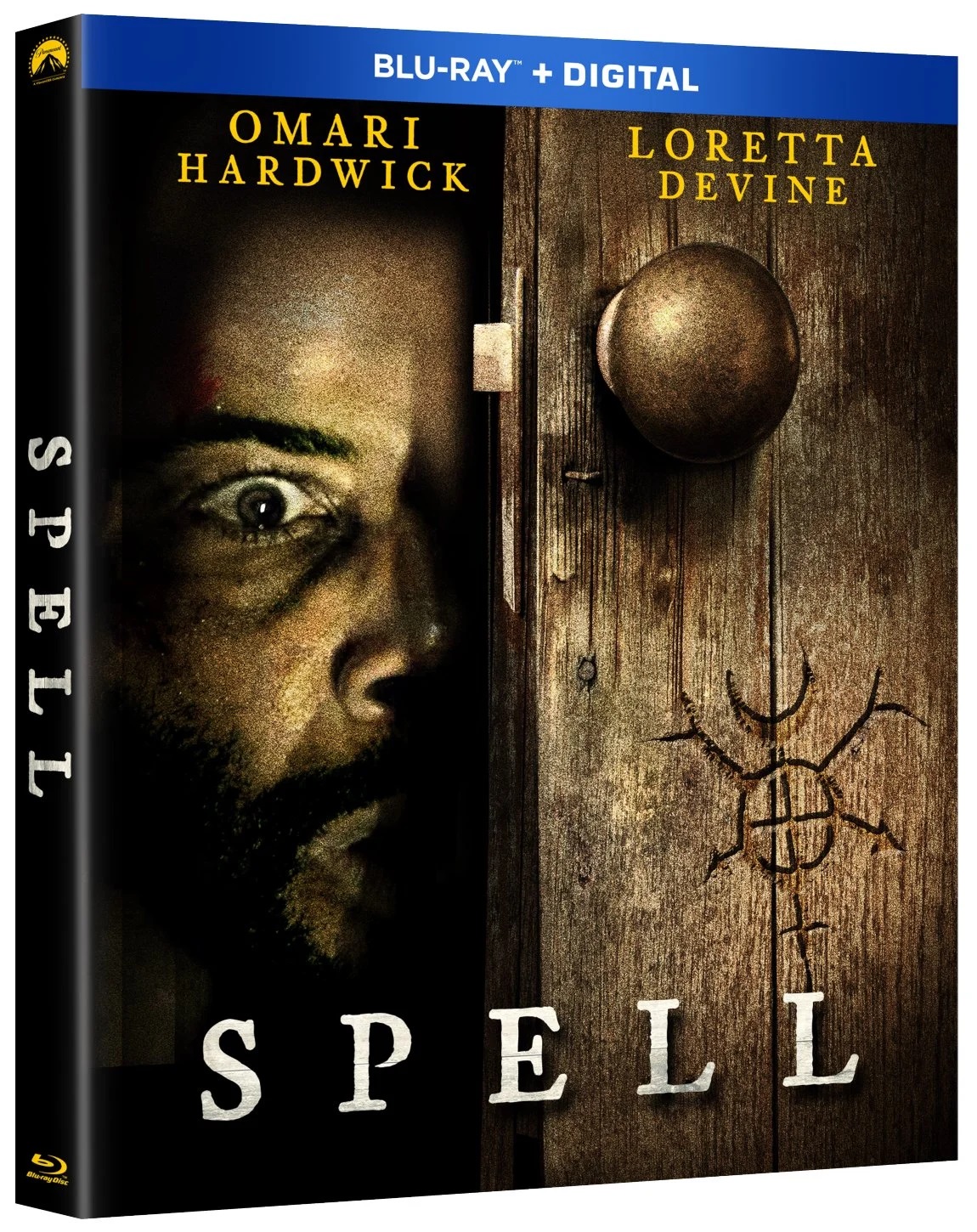 Marquis (Omari Hardwick) has been running away from his past his whole life, one filled with spirituality and an abusive father who believes sparing the rod would spoil the child. Marquis, now a father himself, doesn’t want his kids raised the same way he was, even if his wife Veora (Lorraine Burroughs) feels he is spoiling them. When a phone call causes him and his family to head home, Marquis is forced to confront his past after a plane crash places him in the “caring” hands of Eloise (Loretta Devine), an elderly lady who believes heavily in the power of Hoodoo. Marquis finds himself in the plot of Misery (with a sprinkling of Skeleton Key), fighting for his life, and searching desperately for his family.

I had a good time with Spell. The plot has been done before, and the suspense scenarios have been in other, arguably better films. The typical scenario: he escapes while they are away, but needs to get back to his bed before they notice he was out. Yet I was still tensed up, hoping he makes it back. It also doesn’t hurt that the film is a brisk 91-minutes and doesn’t waste much time getting to the good parts. Unfortunately, that runtime also means the film doesn’t spend much time on backstory or plot details. You are immediately thrust into this world of Hoodoo, and it’s up to you to understand what is happening. Sure, it’s basic enough that you can figure everything out, but a bit of backstory wouldn’t hurt the film any. (It also didn’t help that my knowledge of Hoodoo is limited, so much that I had to look it up on Wikipedia.)

The positives of Spell are solid performances, especially from Loretta Devine, who does a great job playing crazy. The movie also goes all out during the third act, with some nice practical and digital effects. We also have some gory scenes, and for anyone squeamish when it comes to foot injuries, you’re going to want to look away a few times. The movie also has some fantastic-looking cinematography by Jacques Jouffret. However I found the Blu-ray tended to crush the blacks at times. I’m not sure if this was a stylistic choice or a fault of the Blu-ray.

Speaking of the Blu-ray, besides the occasionally crushed blacks, the video transfer looks great. The film doesn’t have a lot in the way of colours or dramatic set pieces, but what we do see looks very detailed and clear. Audio is in DTS-HD MA 5.1 or Dolby Digital Descriptive Audio. Not much in the way of rear surround channel usage, but the dialogue comes through loud and clear. English subtitles are included.

Fans of extra features will be happy to hear that the Blu-ray from Paramount Pictures is packed with over 26-minutes of deleted scenes that include both an alternate opening and alternate ending. Also included is a short 3-minute film titled The Nightmare Spell that looks to be unused footage from the movie. Two behind the scenes features that total 30-minutes round out the extras.

Spell does enough right with its familiar plot that it makes up for the lacking backstory. It has a bunch of suspenseful scenes and a good helping of gore that will please plenty of horror fans. It won’t win any awards for originality, but it will make for a great movie night. Recommended. 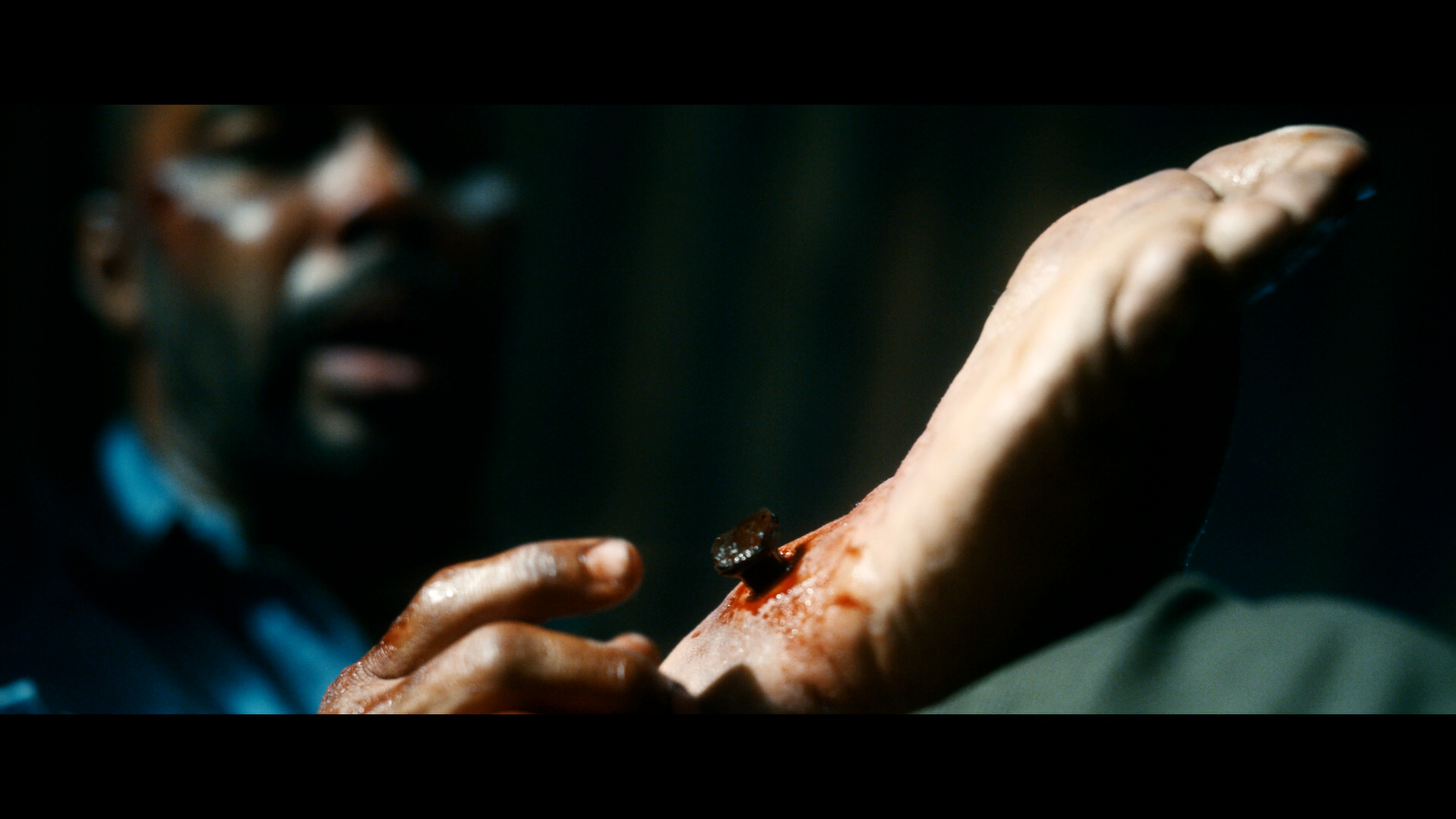 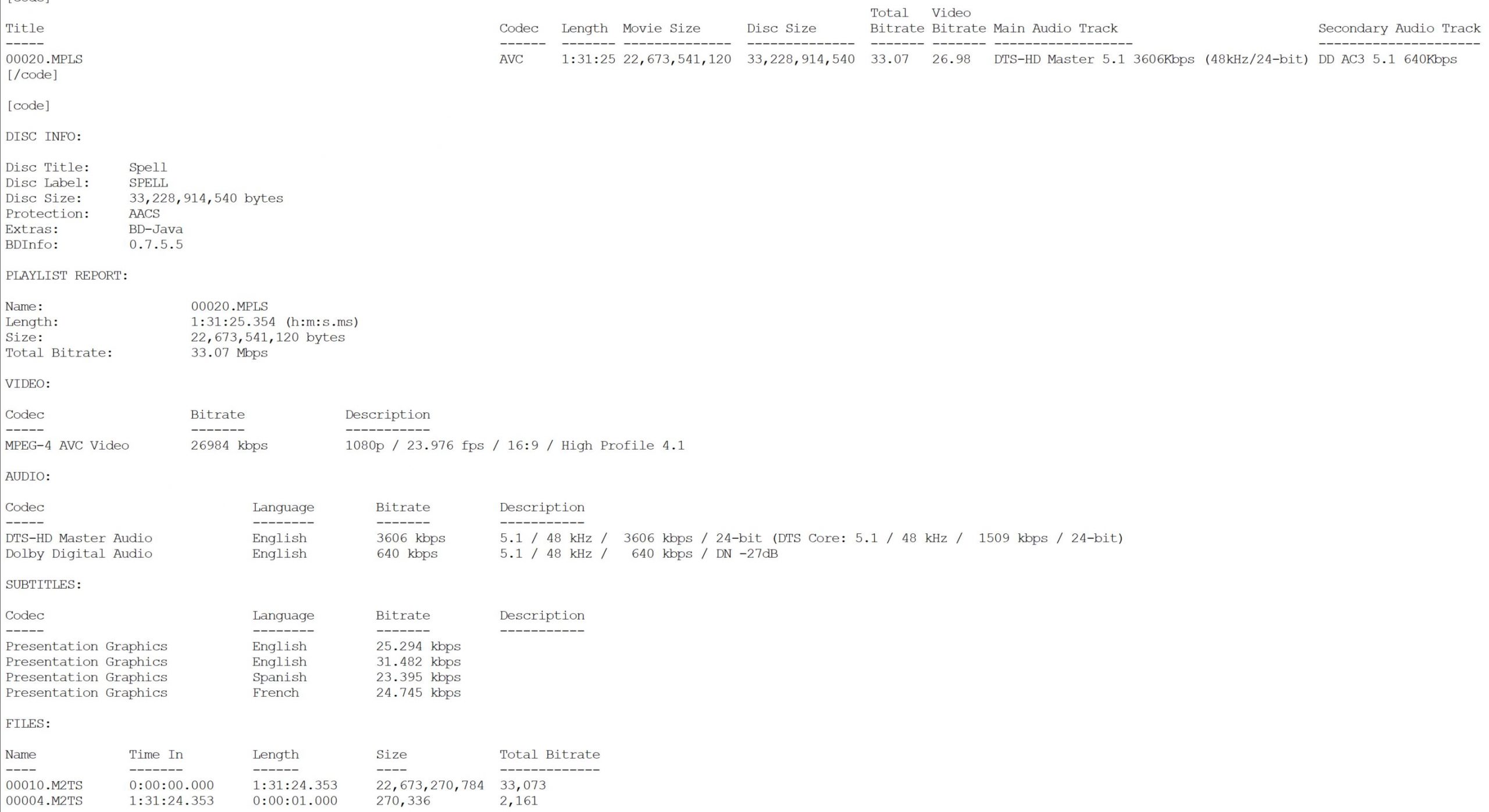 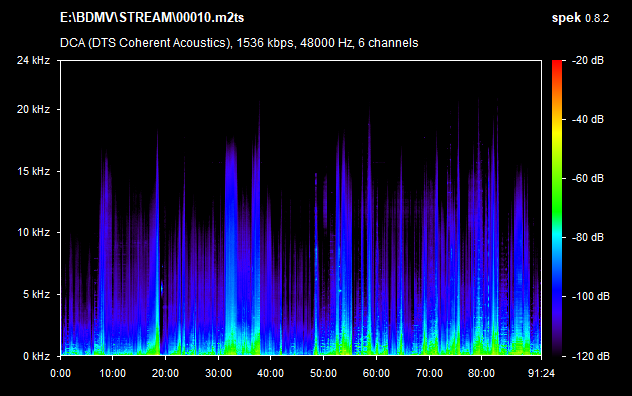 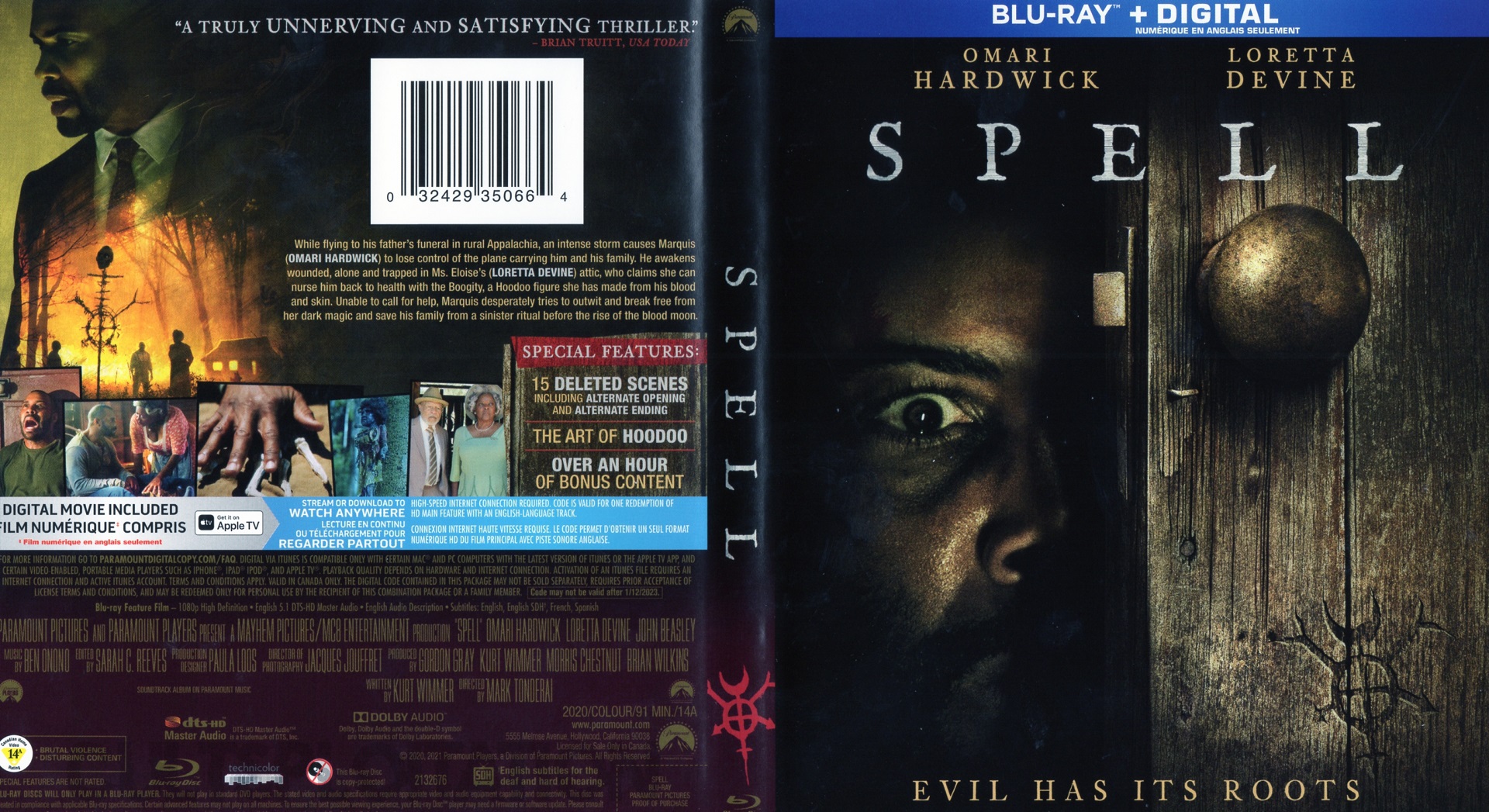 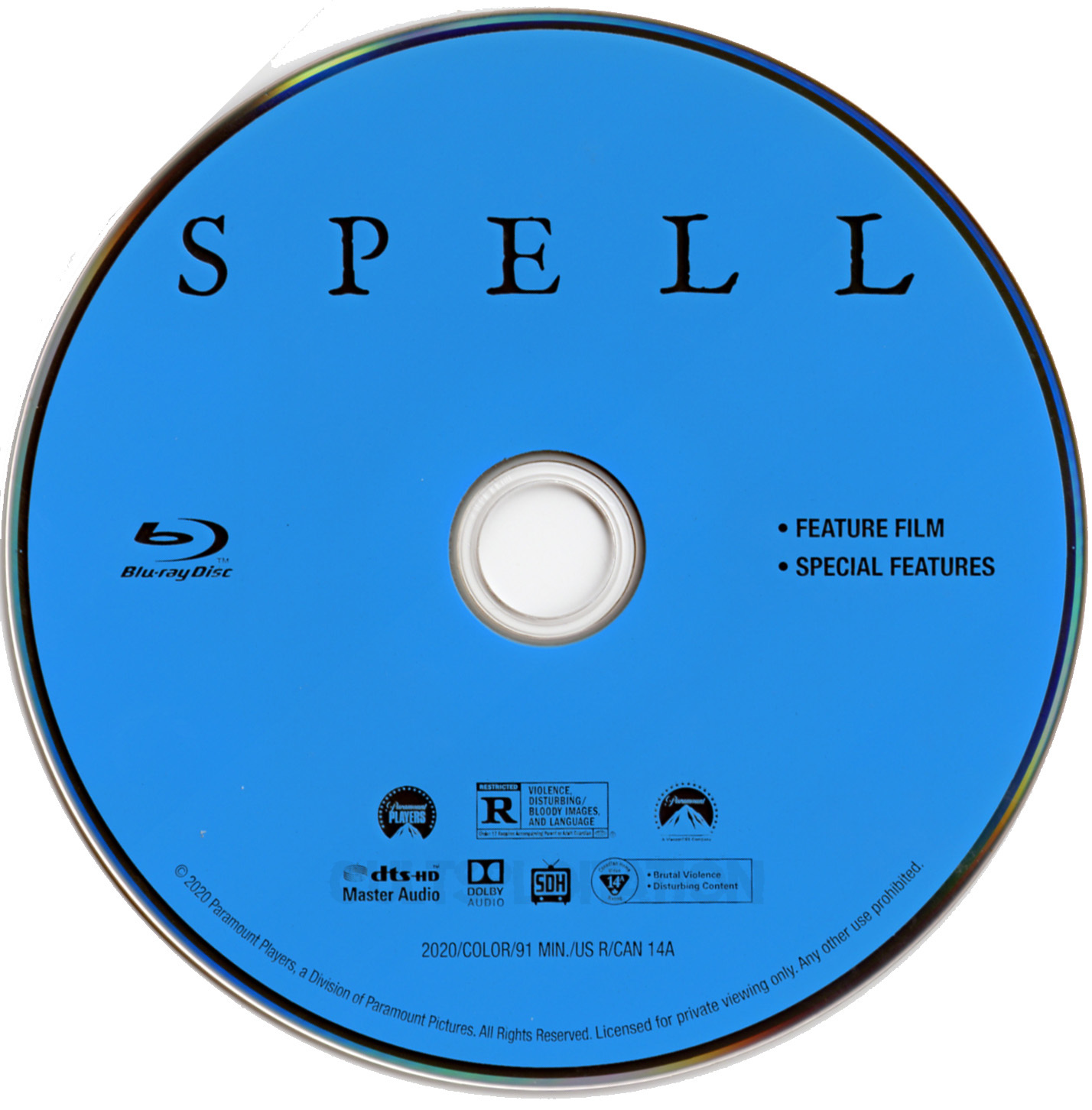