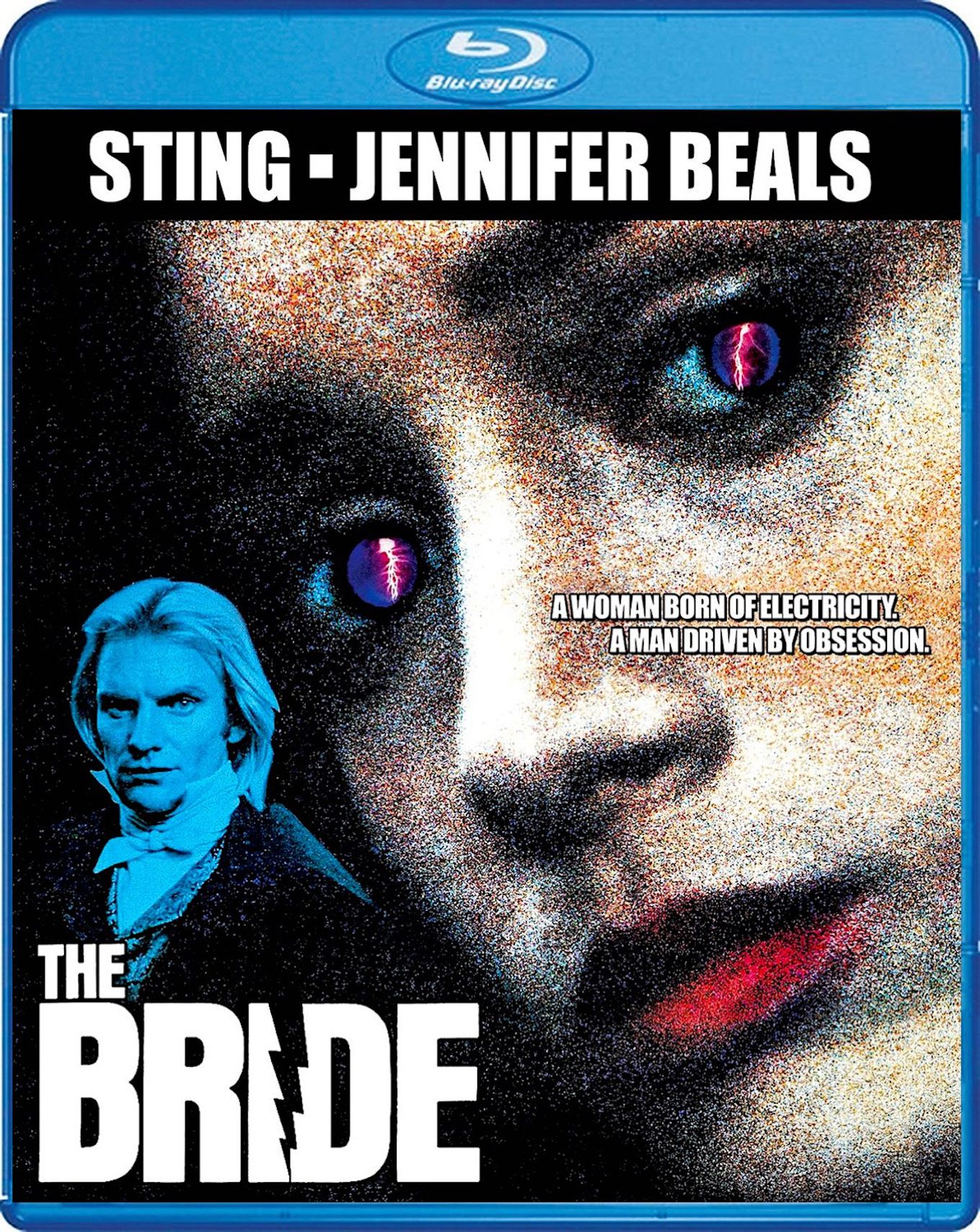 The Bride is quite boring and devoid of much character despite a good appearance from Clancy Brown as the Monster. Still, Scream Factory has assembled a nice package with good video transfer and quite a few extras.
Film
Blu-ray
Reader Rating0 Votes
3.3

Look, I’m going to be honest with you – The Bride is not really a film in which most horror fans will be interested. The movie stars Sting. Sting! The man has really only had a couple of big acting jobs, like Brimstone & Treacle and showing up in Dune, and the reasons why director Franc Roddam thought he would be the perfect leading man in The Bride as Frankenstein are still unclear. This is also a period piece about romance between two unlike suitors, exactly the sort of Beauty & the Beast theme that you’d expect from an amorous portrayal of Bride of Frankenstein. Ultimately, besides the references to Mary Shelley’s Modern Prometheus, there’s very little horror here.

Still, let’s talk about what The Bride does offer audiences. Its scariest moment is the first time Sting shows up with his awful hair, delivering his lines with the same amount of boredom I felt watching the thing. His presence is tedium personified, and I certainly would not have been offended if he simply broke out into a Victorian rendition of “Message in a Bottle” instead of whatever trite commentary and vague misogyny he spouts. 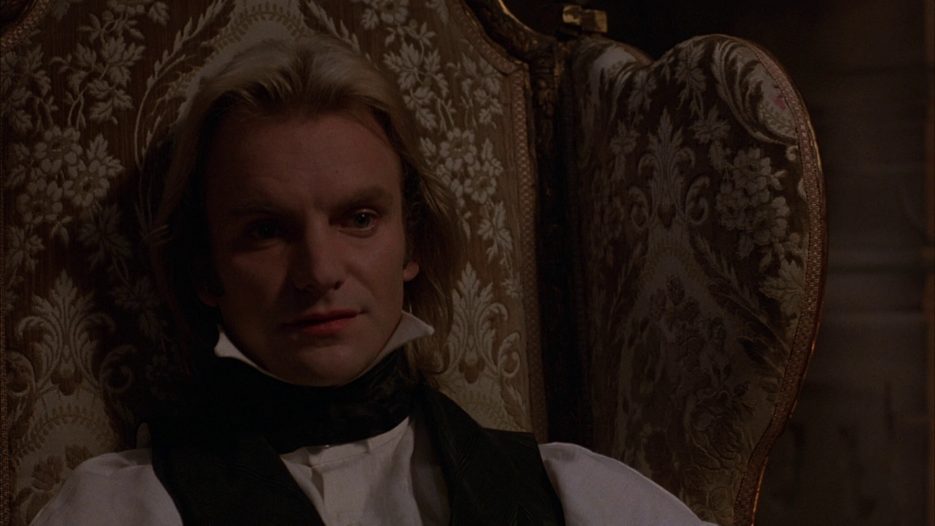 Also, Jennifer Beals plays the beautiful Bride Eva, and despite the film’s PG-13 rating we get a shadowy glimpse of her unclothed bottom half. It’s not Beals but a body double, yet even so it’s nice to pretend.

Of note is Clancy Brown playing Viktor the monster (for some reason Lloyd Fonvielle felt it necessary to change up Frankenstein and the Monster’s names), who does a good job looking formidable, depressed, and forlorn. He also creates a fun rapport with Rinaldo (David Rappaport), though their excursions feel more like side-stories than truly progressing the plot.

Unfortunately, there’s a reason why The Bride was a commercial flop that didn’t regain its budget: it’s dull and predictable, with very little to interest cult moviegoers – besides it’s obvious flaws. And Sting. And whoever Jennifer Beals’ body double was (it was Fenella Fielding for you Googlers). 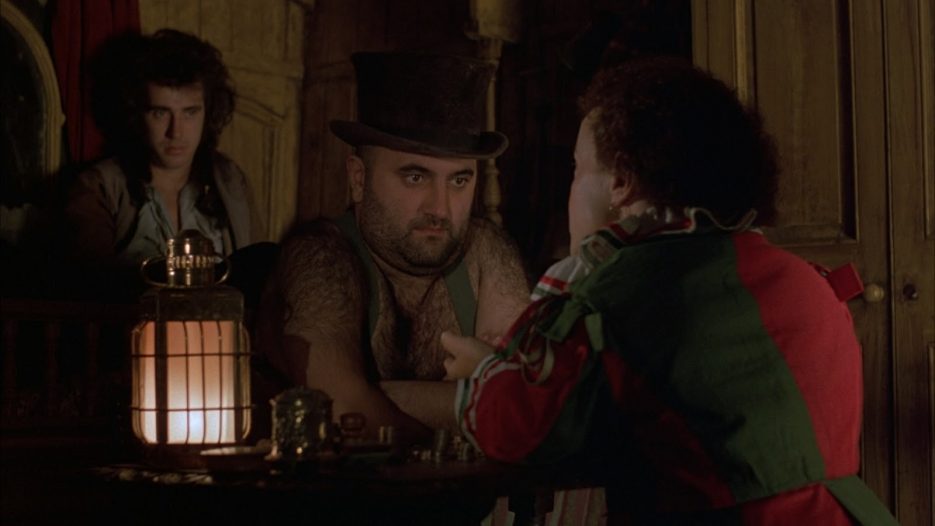 Scream Factory has given The Bride a Blu-ray for some reason (just kidding, I’m sure someone wants it) with a nice HD transfer of the film (there’s no info on the source) that looks very good with minimal flaws. Even the darker elements retain clarity, and there are only minor debris marks throughout. Also, a 2.0 DTS-HD MA English track is included that sounds clear and consistent, along with English subtitles that have more than a few errors.

For extras, Scream Factory has gotten in touch with director Franc Roddam to try to understand where it all went wrong. He provides a new audio commentary track for the film to really dissect each scene, as well as a lengthy interview wherein he talks about his disappointment in the project. Also included is a comprehensive look at Clancy Brown as the Monster which should be a good treat for cult film fans. Finally, a TV spot rounds out the package.

Scream Factory has done a great job with this Blu-ray, but unfortunately the film itself is an inferior product. Still, it does have its diehard fans and this might be the best offering they get to own this head-scratching Bride of Frankenstein retelling.