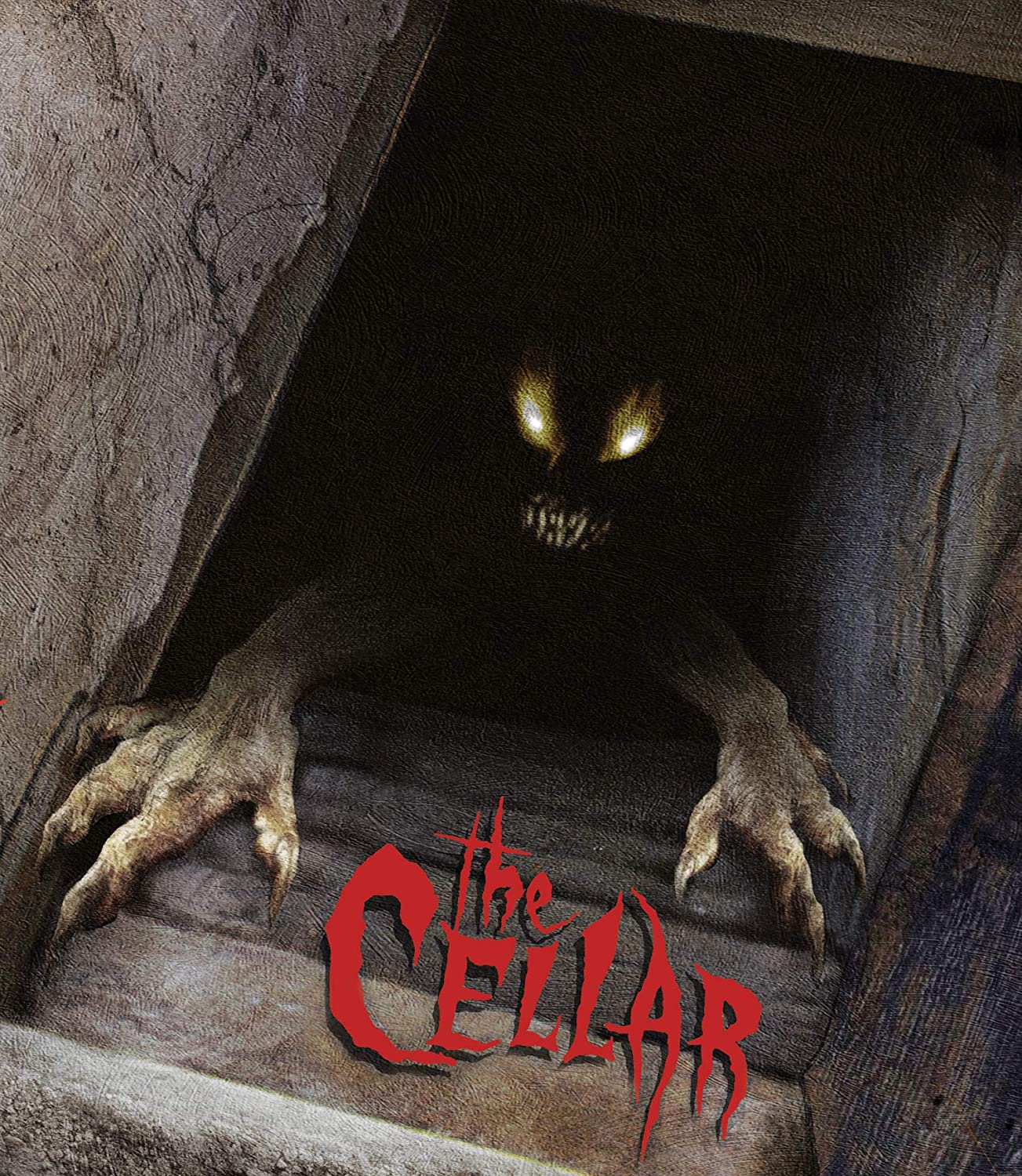 1989’s The Cellar has a pretty familiar premise – there’s something in the ground near the Cashens’ new place that all the locals know about, but they still let them move into the house anyway. Kevin Tenney makes a solid effort to direct this ho-hum story from screenwriter John Woodward based on a short story from David Henry Keller, but his attempts to glean meaning out of the mishmash of ideas here – including attacking birds, monstrous gooey glop bubbling up from the ground only quelled by a Native American’s mojo, and the aforementioned cellar dweller – are unfortunately unsuccessful. And that’s speaking of the newly-unearthed director’s cut, Tenney’s original intention that was cut up by producers and released with additionally-shot footage to theaters heretofore referred to as the producer’s cut; the latter version of the film fares even worse.

Willy Cashen (Chris Miller) is our young protagonist, who quickly figures out that there’s a presence lurking behind the cellar door that was previously blockaded by a china cabinet for seemingly no ominous reason. Of course, his somewhat testosterone-fueled father Mance (Patrick Kilpatrick) – yeah seriously, his name is Mance – doesn’t believe him, and so all of the usual tricks to keep the monster at bay – chiefly, a poorly-characterized and somewhat racist portrayal of a Native American played by Michael Wren – are disobeyed. Does that monster get out of the cellar? You betcha!

On the surface, The Cellar sounds like a perfectly fine creature feature. It’s got all the requisite elements needed to make a subpar ’80s thriller – I mean, case in point Patrick Kilpatrick! But the plot is all over the place with no rhyme or reason to its purpose, all explained very succinctly that the creature is the creation of a Native American out for vengeance against the White Man. Instead of giving any meaning to the bubbling goo or the presence of hawks all around the area, the film presents these as parts of the creature’s mythology and just… doesn’t bother to explain it at all.

Tenney himself recognizes that The Cellar is not a great film; in fact, the 45-minute featurette on the making of the film on this disc details that he took “chicken shit and turned it into chicken salad,” which, if you’re not a big proponent of mayonnaise like me, still does not sound that appetizing. For this review, I screened the director’s cut, which is at least in the order the director intended without any added scenes where Willy has a different haircut. But even the director’s cut is not able to conjure the kind of entertainment required for a film like this; it’s relatively bloodless, sexless, and overall just not worth the trip down the stairs.

Vinegar Syndrome does give The Cellar a chance to woo people in with a nice new 2K scan from the original 35mm negative, in the producer’s cut’s case, and the 35mm lab print for the director’s cut. The director’s cut tends to fare a bit worse, with a number of scenes featuring some minor debris and other damage and a darker, murky blackness at times. However, the rest of the transfer looks very good with great depth and definition, and this is doubly true for the producer’s cut, which is about as good a transfer as I can imagine coming for this film.

Audio is presented with an English DTS-HD MA 2.0 track for both cuts, which has no issues to speak of. Dialogue is strong and the monster sound effects are loud and vibrant. English subtitles are also included, as well as Dolby Digital 2.0 tracks (not noted on the cover).

For extras, the main draw is audio commentaries on both cuts of the film from director Kevin Tenney and actors Suzanne Savoy and Patrick Kilpatrick. They are obviously not fond of the producer’s cut, but they have fun with both versions. If you really want to watch The Cellar four times, there’s certainly content to fill that void in your heart. The other excellent bonus on this disc is a 45-minute making-of featurette with Tenney, Savoy, and Kilpatrick, who dive into the entirety of the filming process and the subsequent destruction of Tenney’s original vision. Tenney also provides a quick introduction to the director’s cut.

Reversible cover artwork is included, and there was also a limited edition slipcover version released.

The Cellar is not a great film, even by the director’s estimation, but it does have its certain charms if you watch it in the correct context – namely, knowing that its production was a disaster. While I can’t imagine most people rushing out to grab the Blu-ray due to the film alone, Vinegar Syndrome’s release does give a lot of additional insight into the movie along with both cuts of the film for completionists. That makes it a solid pick-up for purveyors of awful cinema. 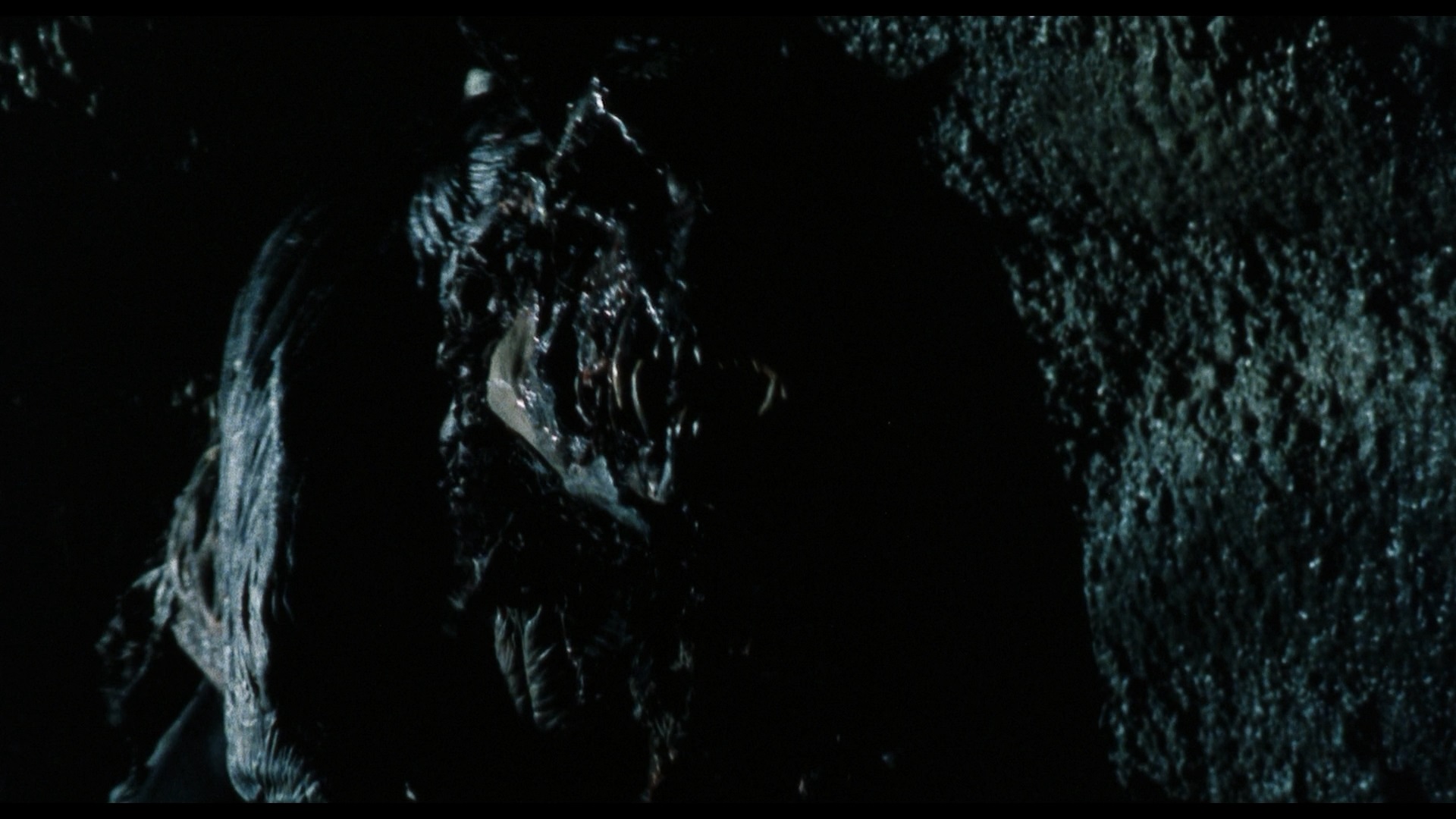 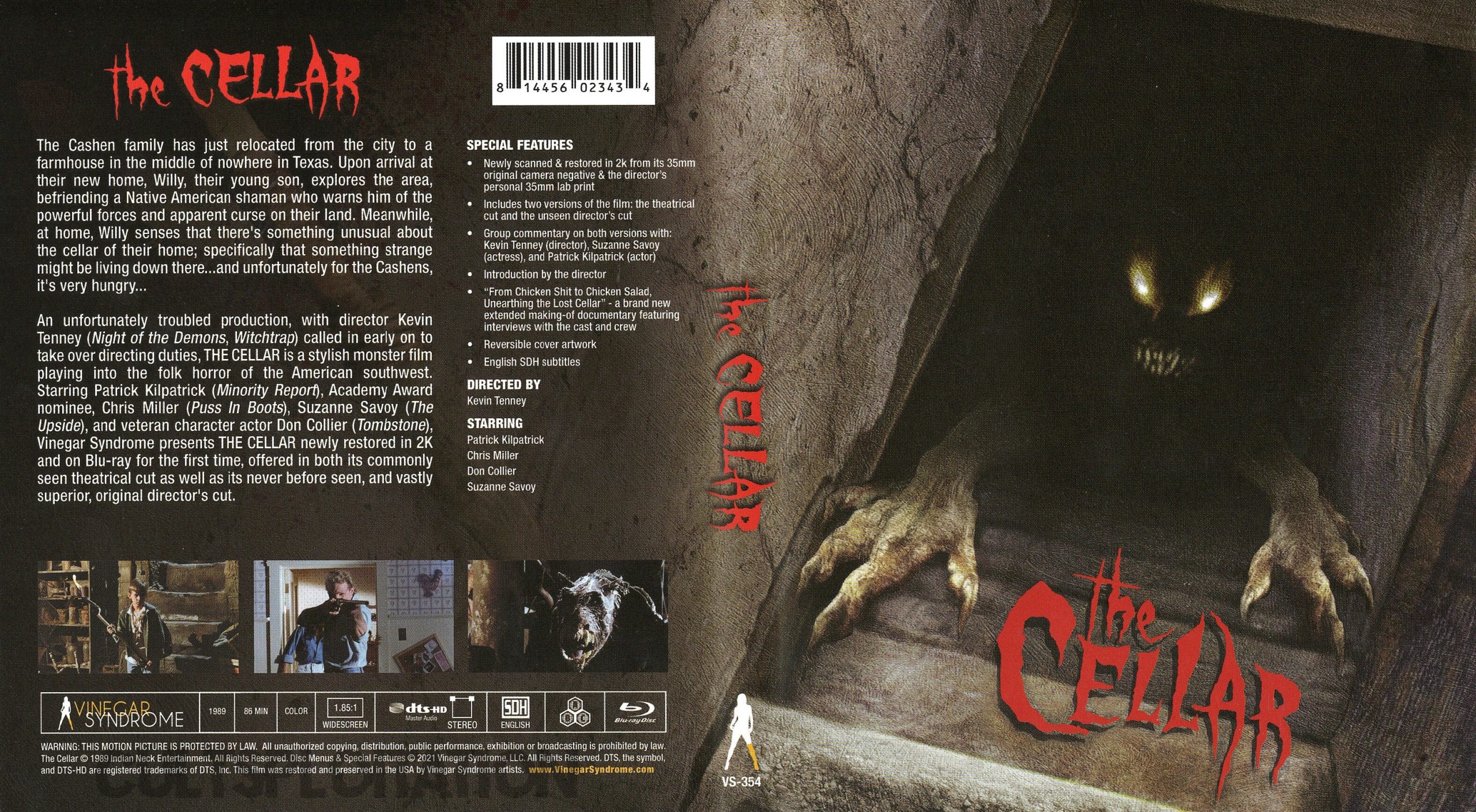 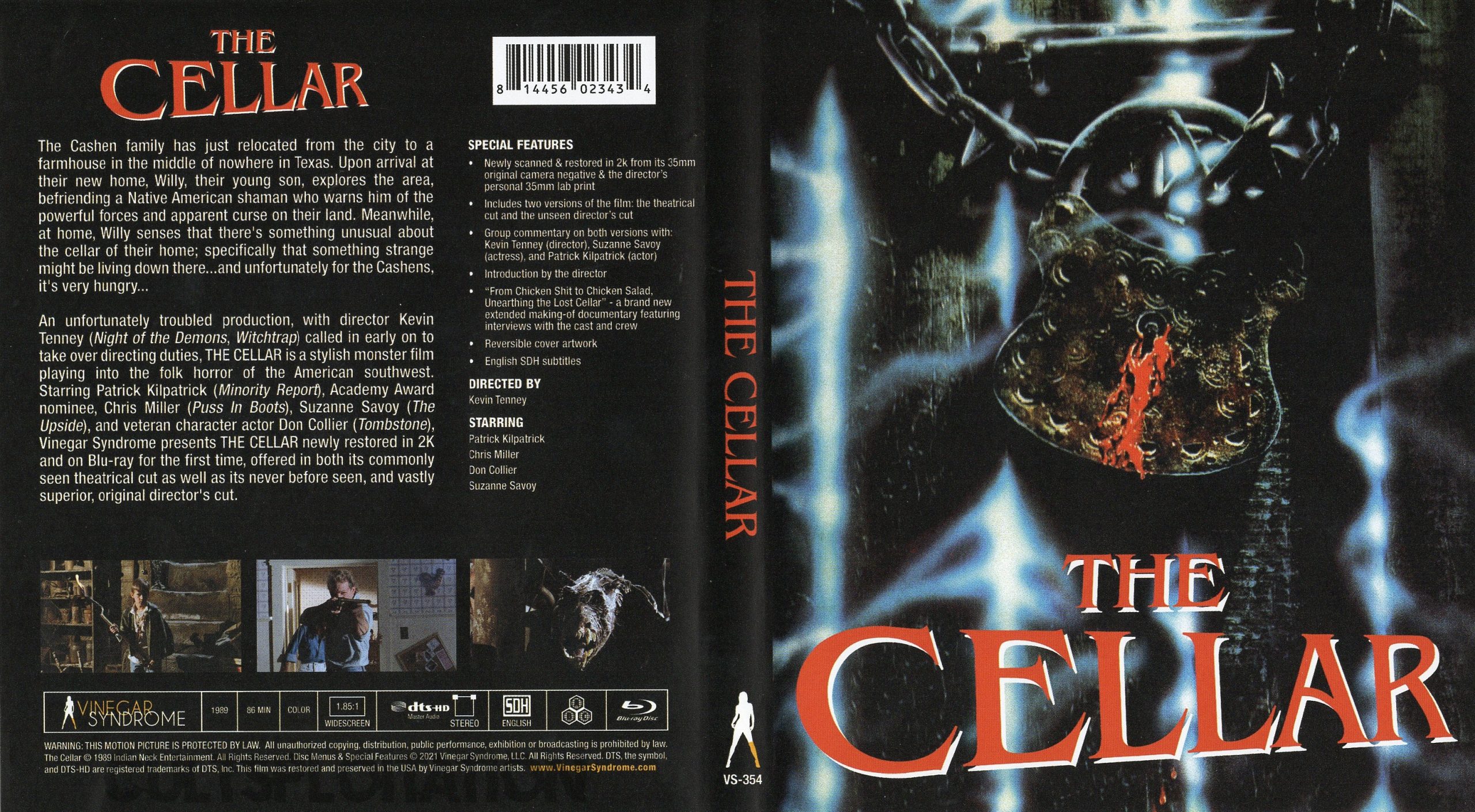 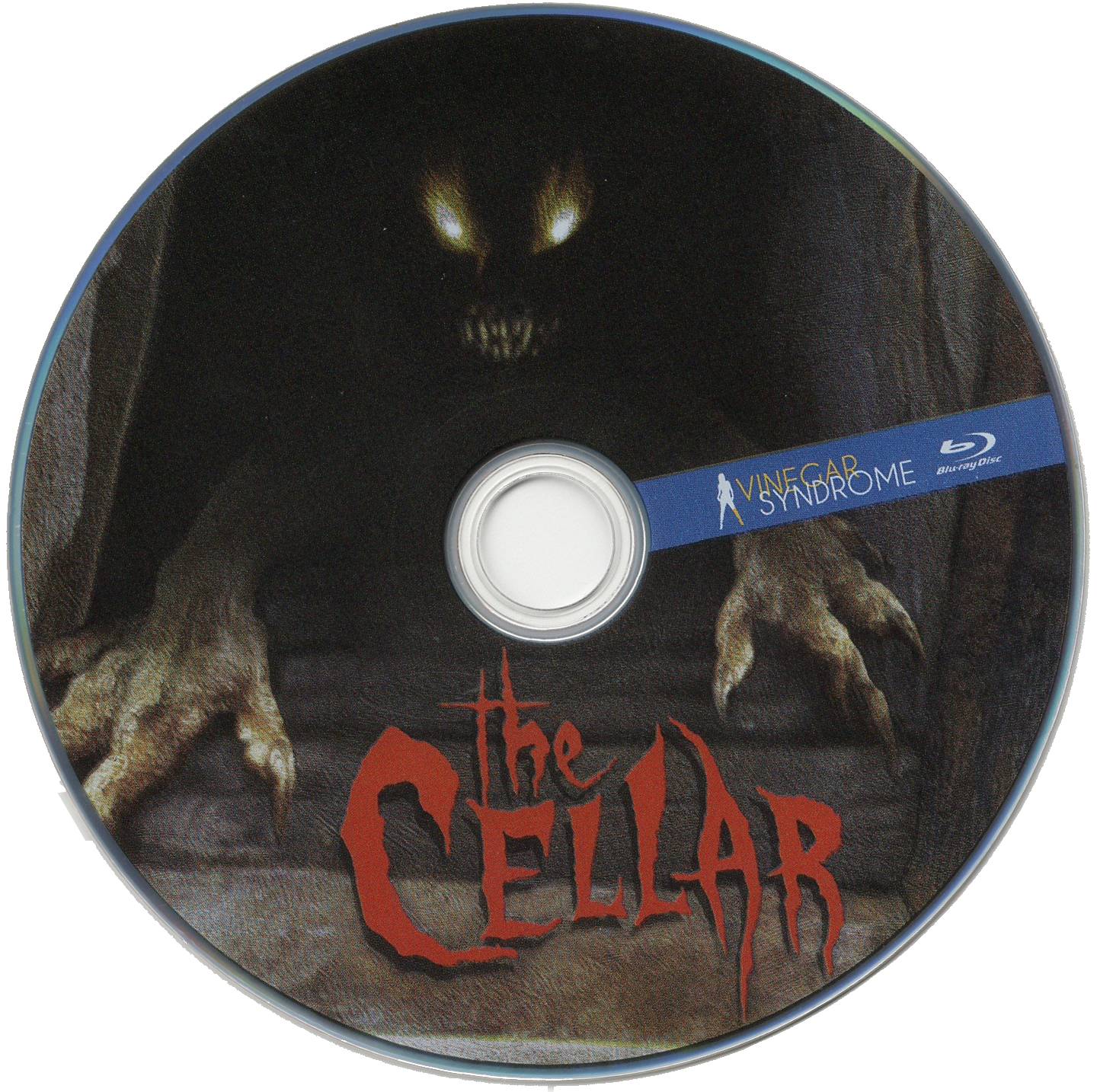