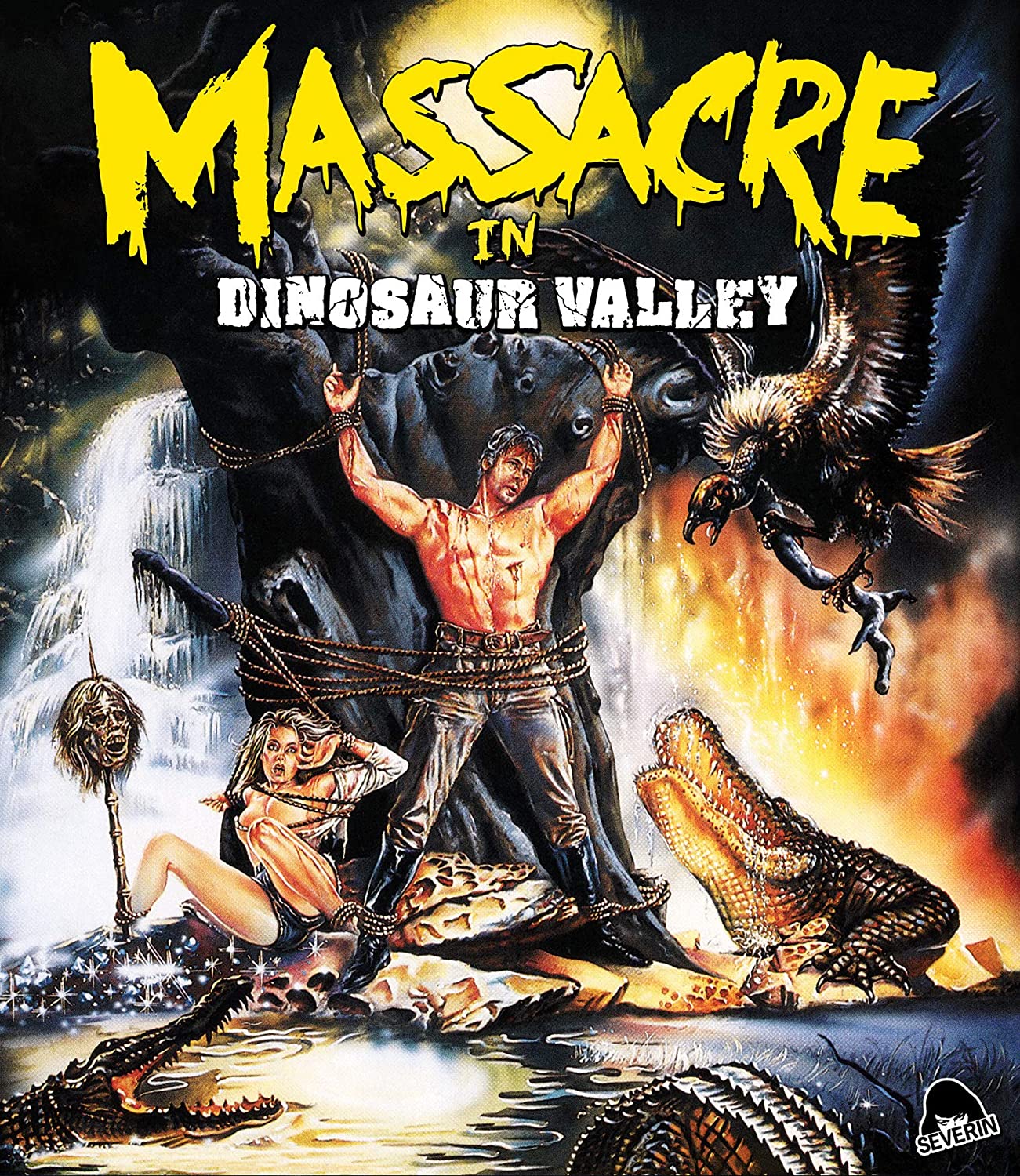 I’ll be honest, I for sure as hell thought there was going to be dinosaurs in Massacre in Dinosaur Valley. I was expecting cannibals and dinosaurs, and sure I got the cannibals, but, besides a few fossils, there was a lack of dinos. Thankfully, to make up for that egregious act, they threw in some beautiful naked ladies being sexually exploited in your typical ’80s Italian style.

Pick any random Italian cannibal flick and read the back cover. That plot summary will be, for the most part, the same plot for Massacre in Dinosaur Valley. I say for the most part, as there is a “twist” later on in the movie that I’ll get to. For now, let’s discuss the first half of the flick and what is going on.

We open up in the “Amazon jungle” just outside of Rio de Janeiro, Brazil. A scientist and his daughter, whose relationship borders on questionably sexual, a Vietnam vet with a serious attitude problem and his wife who loathes him, a photographer and his two mostly naked models, a drunk french pilot, and a sexy and suave paleontologist hop aboard a plane and proceed to crash it straight into the hungry arms of a cannibalistic tribe. The group try to find a way out of the jungle while avoiding being eaten alive. Of course, this wouldn’t be a cannibal film without some shady backstabbing, and the women getting caught and stripped naked to be fed to a dinosaur god. And to think this is only the first half of Massacre in Dinosaur Valley!

In the second half, we see our sexy buff paleontologist and his always wet ladies being “saved” by a crazy slave owner out mining for green gems you would most likely find in a grandmother’s garage sale. Cue a needless, but much appreciated lesbian sex scene, and a shootout featuring rattlesnakes, and we see that Massacre in Dinosaur Valley should be a film that everyone has to check out.

There is so much blissfully terrible stuff going on in this movie you can’t help but laugh. A few things that come to mind are the callous actions of many of the characters. Your friend just died? So? My high heel shoe just broke! That’s way worse. You’ve just been raped? Ha, let’s make lots of jokes! Ha…Ha…ha…It’s just one bizarre experience after another with Massacre in Dinosaur Valley. You haven’t experienced fine Italian cinema until you’ve seen this masterpiece.

Severin Films releases Massacre in Dinosaur Valley on Blu-ray with a new 4K scan of the original negative. There isn’t much to be said about the transfer. It’s your typical hazy cannibal flick with lush greens and hardly any film damage to speak of. We’ve posted a complete gallery on our site, which you can check out here.

Audio is presented in both Italian and English DTS-HD Master Audio 2.0 and boy, do you need to see this one in English as the dubbing is just simply amazing. Not a single person’s dialogue matches up with their mouth and that’s made even more impressive when you find out that Michael Sopkiw did the dubbing for his character! As for any other common issues like hissing or distortion, I noticed nothing of the sort when checking out the English track. I only quickly listened to the Italian track, and it seemed to be about the same.

Extra Features include a nice 23-minute interview with actor Michael Sopkiw, who discusses his role in the film, along with his other films such as 2019: After the Fall of New York. Next is a 14-minute interview with co-writer Dardano Sacchetti who provides some interesting information on the original idea for the film, which was going to be more like a Giallo in the jungle than a cannibal flick. Next, we have a deleted and extended scenes feature that runs 9-minutes. The footage presented has been scanned in 4K, but the audio was never found. None of the scenes add anything more to the plot; still no damn dinosaurs. The last two features are a spoilerific trailer and the opening Italian credits sequence.

Of course, I’m going to recommend Massacre in Dinosaur Valley. It was inevitable. It’s got loads of nudity, gore, cannibals, some humour, awful acting, terrible dubbing, and unintentionally hilarious scenes. If it had some dinos, I probably would have rated it as my top dinosaur-themed cannibal flick featuring sexy naked ladies. Alas, I can only rate it as my top non-dinosaur-themed cannibal flick featuring sexy naked ladies. Pick up Severin Films’ Blu-ray, and you won’t be disappointed. 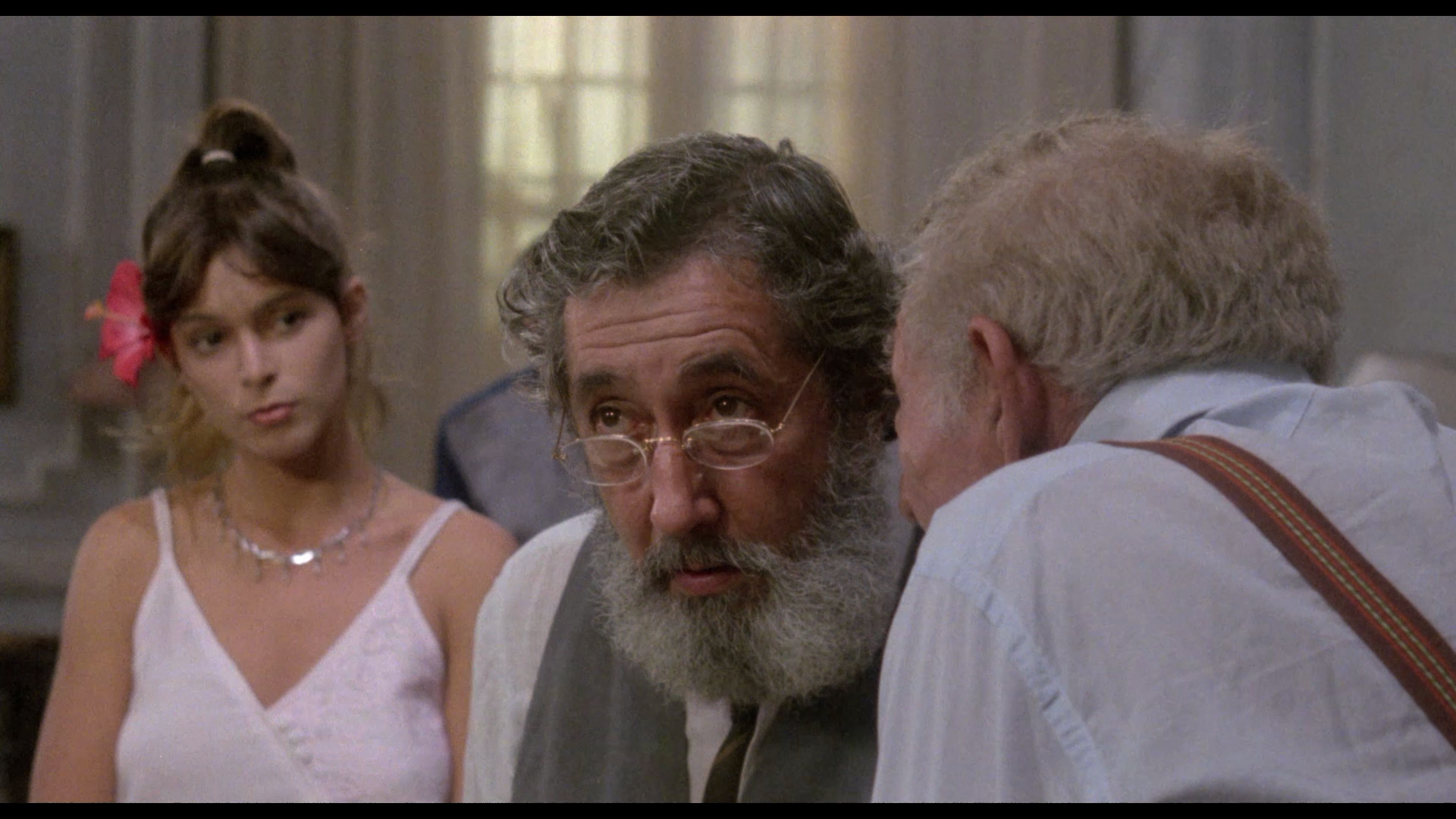 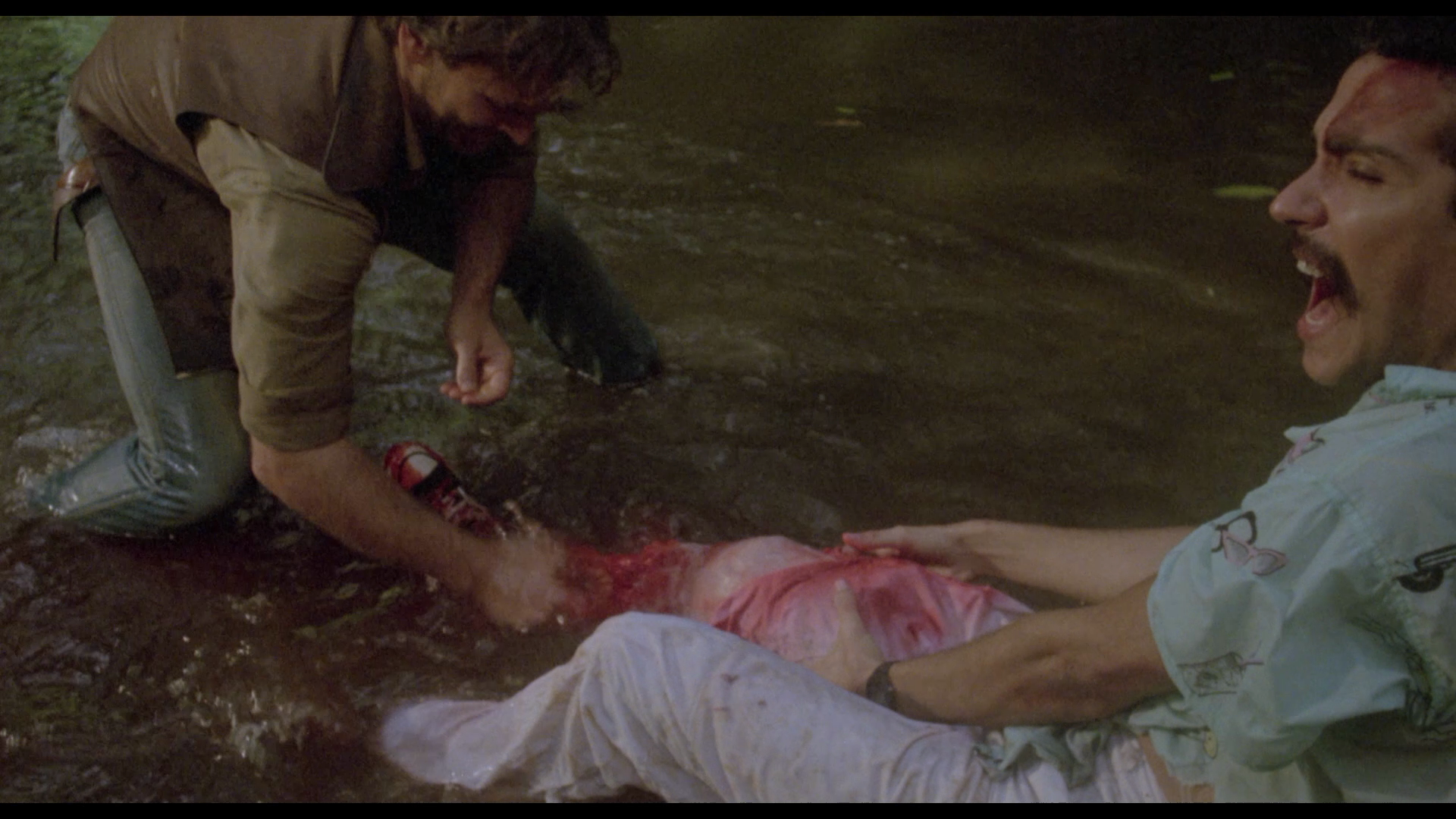 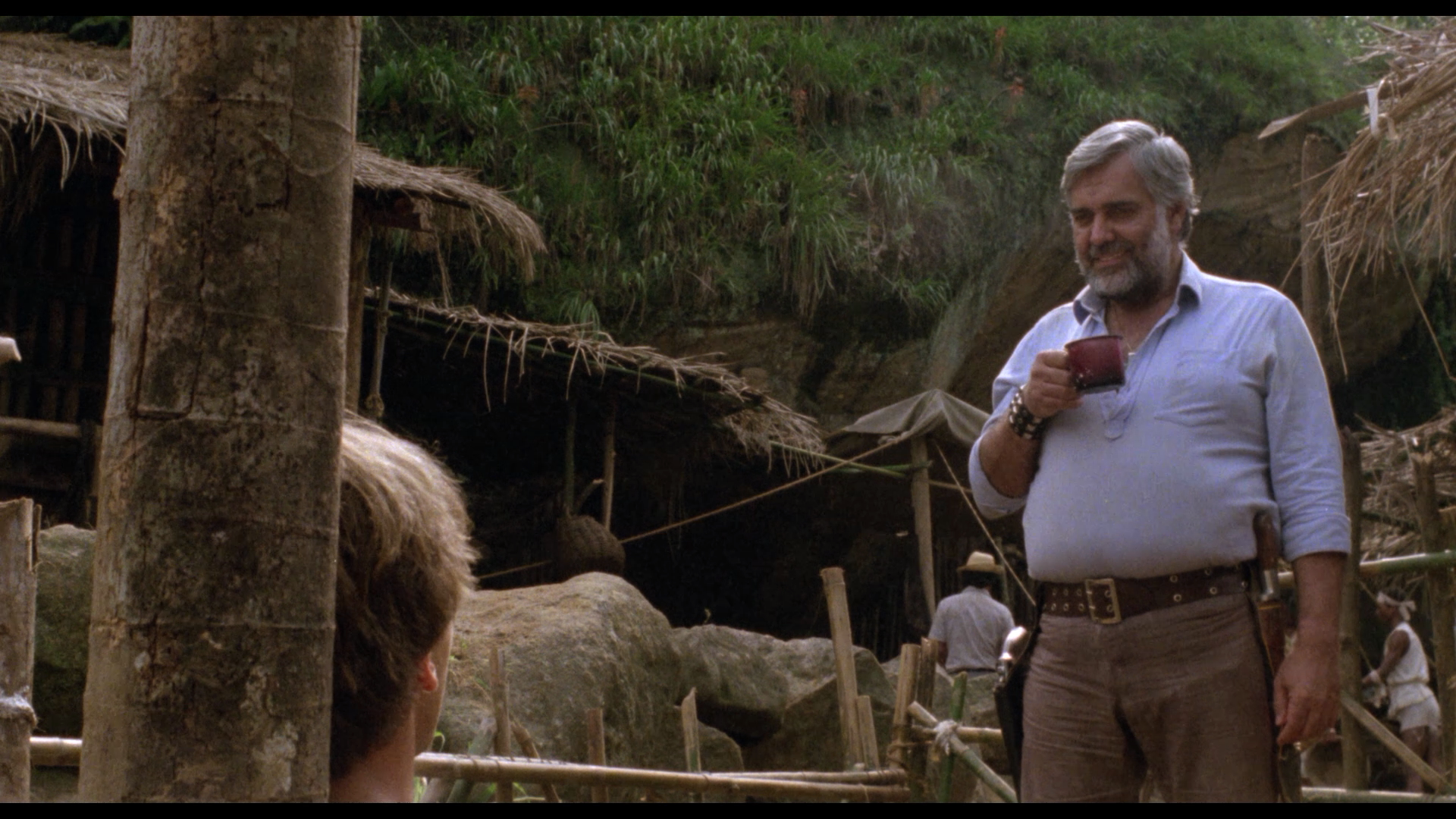 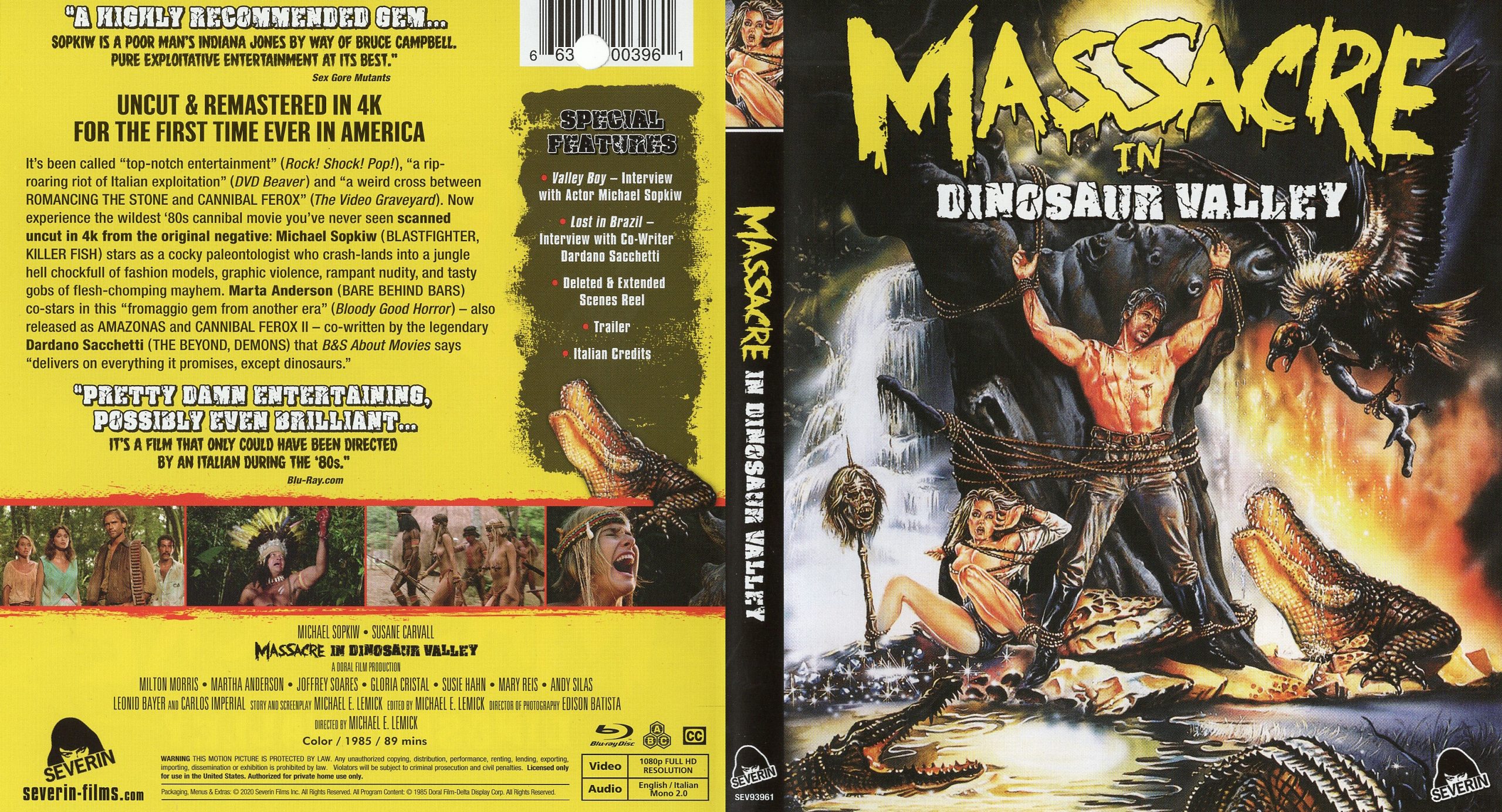