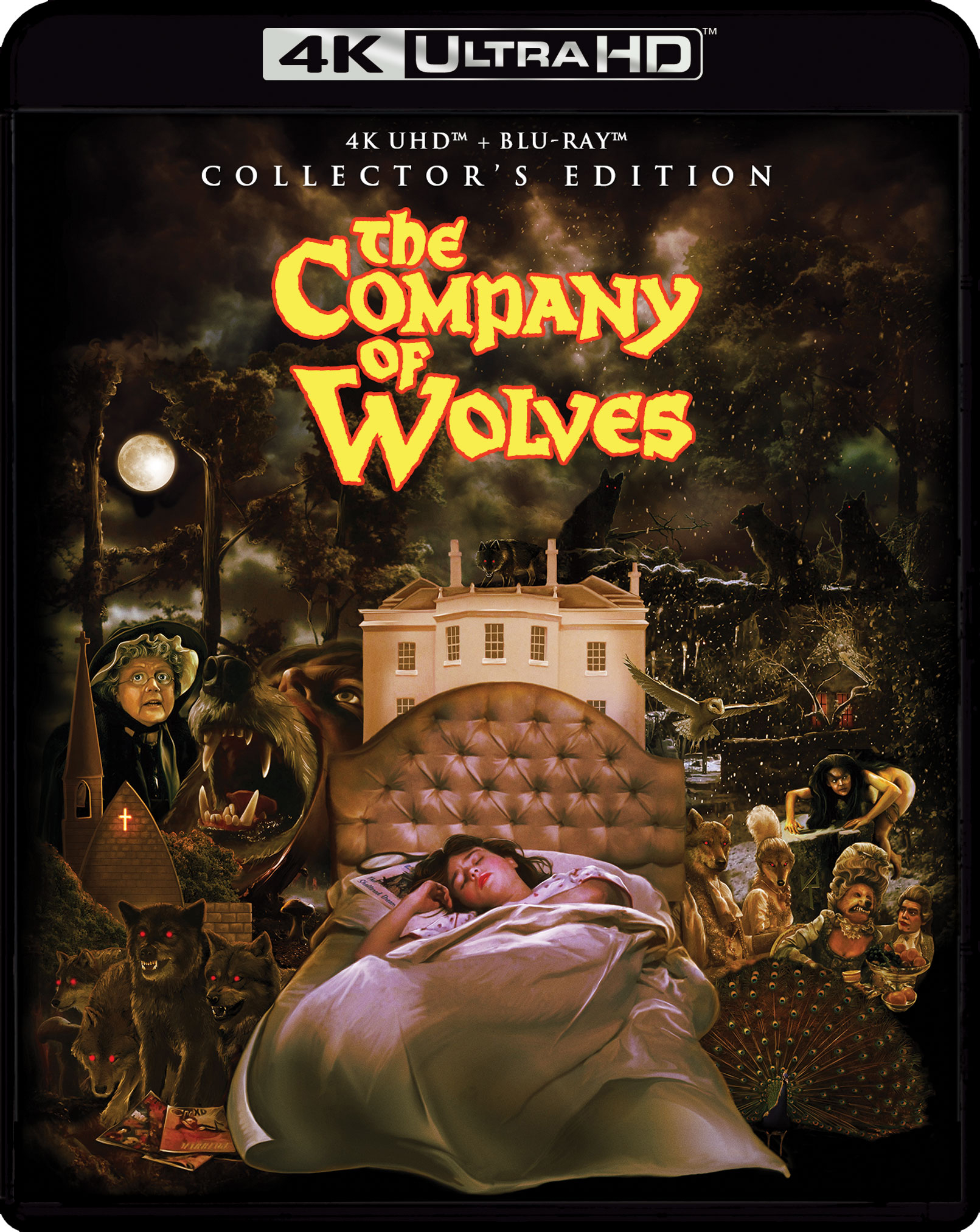 Neil Jordan’s 1984 film The Company of Wolves is an adaptation of Angela Carter’s short story, which is in itself a loose adaptation of the Little Red Riding Hood fairy tale. That fable has always been about the dangers of the strangers lurking around the corner and the potential for ill-intentioned men to take advantage of unsuspecting women, and The Company of Wolves is no different – except here, it reimagines the beastly wolf as man’s curse, the werewolf, and presents almost an anthology of sorts that aims to tell a few different stories about men, beasts, and the blossoming of sexuality.

As Lovecraft was often wont to do, Jordan layers The Company of Wolves in stories; it first presents a contemporary setting in which our protagonist Rosaleen (Sarah Patterson) is shown dreaming in bed, and then morphs into her dream/nightmare set in a Middle Ages time period populated by fairy tale-like elements. And yet, even within Rosaleen’s dream, the film journeys deeper into fantasy territory by presenting various werewolf stories to the audience and Rosaleen (most delivered by the excellent Angela Lansbury as “Granny”).

The film is quite ambitious, even by today’s standards; its loose anthology format presents as a fever dream for the viewer, often couching a lot of the film’s meaning in allegory and symbolism. With that said, the script tends to beat a dead… wolf throughout, as most of its metaphors tend to boil down to the duality between men and beasts and sexual aggressiveness. However, the cinematography and script do help buoy the tired metaphor a bit, with multiple suggestive references to letting men “come,” female despoilment after virginity, and sexual identity.

Much of The Company of Wolves could be considered a dark children’s tale – taking from the grimmest of Grimm’s fairy tales – but the second act should dispel this notion (and hopefully it didn’t mar too many kids’ childhoods); the movie features a number of great physical transformation sequences, using practical effects to achieve excellent werewolf morphs that rival some of the great horror movies of the time. While Jordan’s direction can be on the slow side, these exchanges – though infrequent – help to bolster flagging viewer interest.

I’m a bit torn on the film as a whole, though. It features some quality special effects, a good performance by Lansbury, and important metaphors about sexuality and male misogyny. At the same time, it’s often too eager to return to these same themes without expanding much upon them, and some viewers may balk at the vagueness of the film’s finale. Overall, though, The Company of Wolves is worth the experience and is certainly an intriguing entry in the ’80s werewolf subgenre.

Scream Factory has released The Company of Wolves on 4K UHD, and as far as I can see this is the first time this film has had an HD release of any kind in the States. Jumping right to UHD is the right decision from Scream Factory rather than face the wrath of double-dippers, and this release gets a new 4K scan of the original camera negative. The results look quite good on UHD, especially considering the film’s extremely varied set design and unique clothing. The film’s dreamy aesthetic is well-maintained here with particular clarity, and though the film does sport a medium-bodied grain, there’s no real obstructive quality to it. Clothing textures are supple and there’s good background detail throughout. Also of note is the Dolby Vision HDR, which is doing solid work here representing the variety of colors on display in the film’s rich backdrops as well as handling the many dark sequences with excellent black levels and shadows. Overall this is a very good transfer and I can’t see fans needing much more than this.

Audio is presented with a DTS-HD Master Audio 2.0 stereo track, which sounds very rich with an excellent score from composer George Fenton which enhances the atmospheric fairy tale quality of the film immensely. Dialogue is level and clear. English subtitles are also included.

Extra features are comprised of a new audio commentary with producer Chris Brown and Micha Bergese and Kathryn Pogson, as well as an older commentary featuring director Neil Jordan. We get a new interview with George Fenton on the Blu-ray disc included in this release; he discusses his thought processes when creating the score and the use of specific instruments in various sequences. Another new interview with Georgia Slowe, who plays Rosaleen’s sister, is also included where she speaks of behind-the-scenes antics like the female wolf hiding under a bed during a scene and having to have a coffin nailed down over her.

Besides these new extras, there’s also a theatrical trailer, a TV spot, and still gallery. This also comes with reversible cover artwork and slipcover.

The Company of Wolves is a fantastical, unique werewolf movie and it is well-represented with this new 4K transfer from Scream Factory. While it’s light on special features, if you have any interest in the film then this is the version to own. 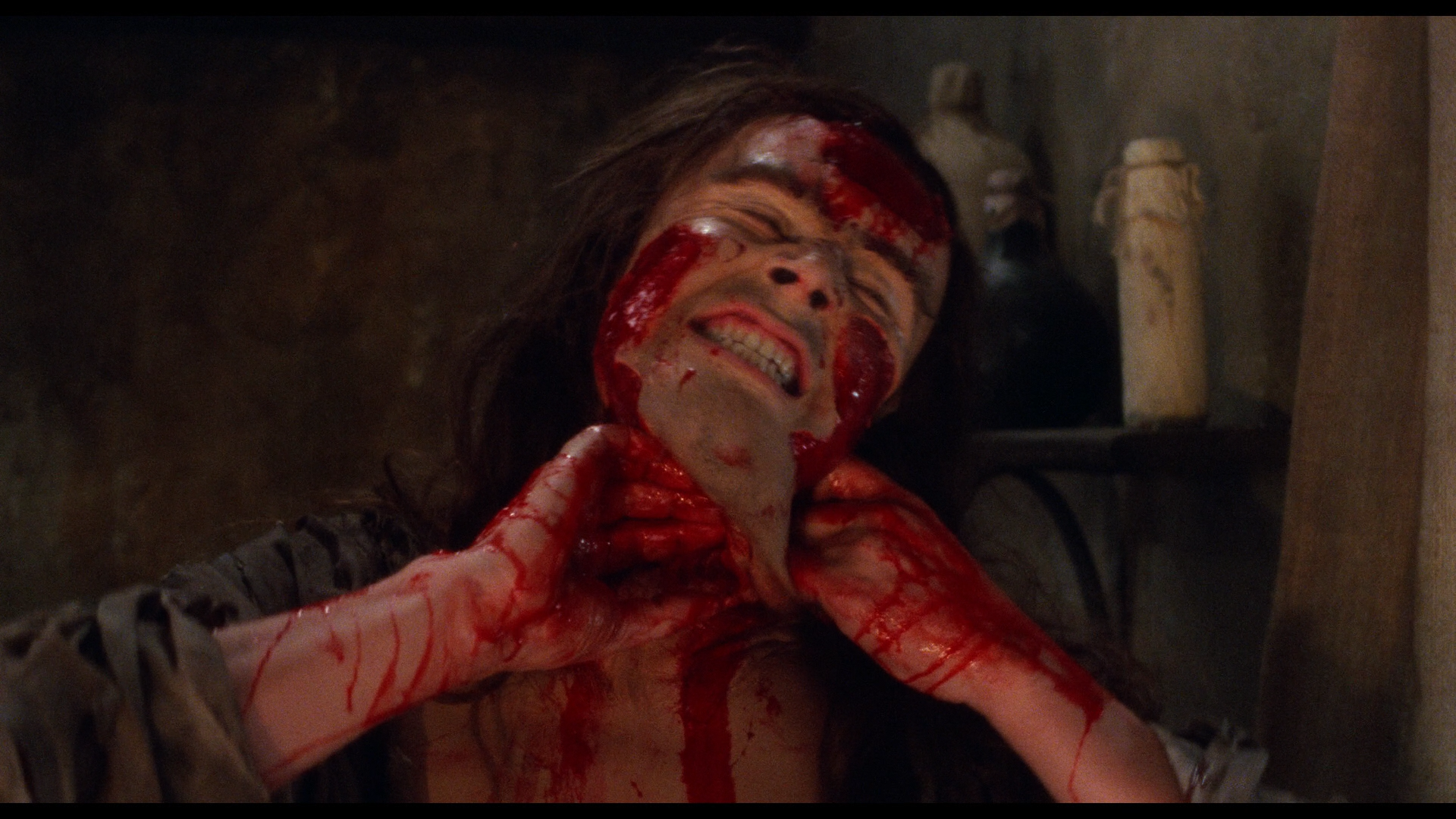 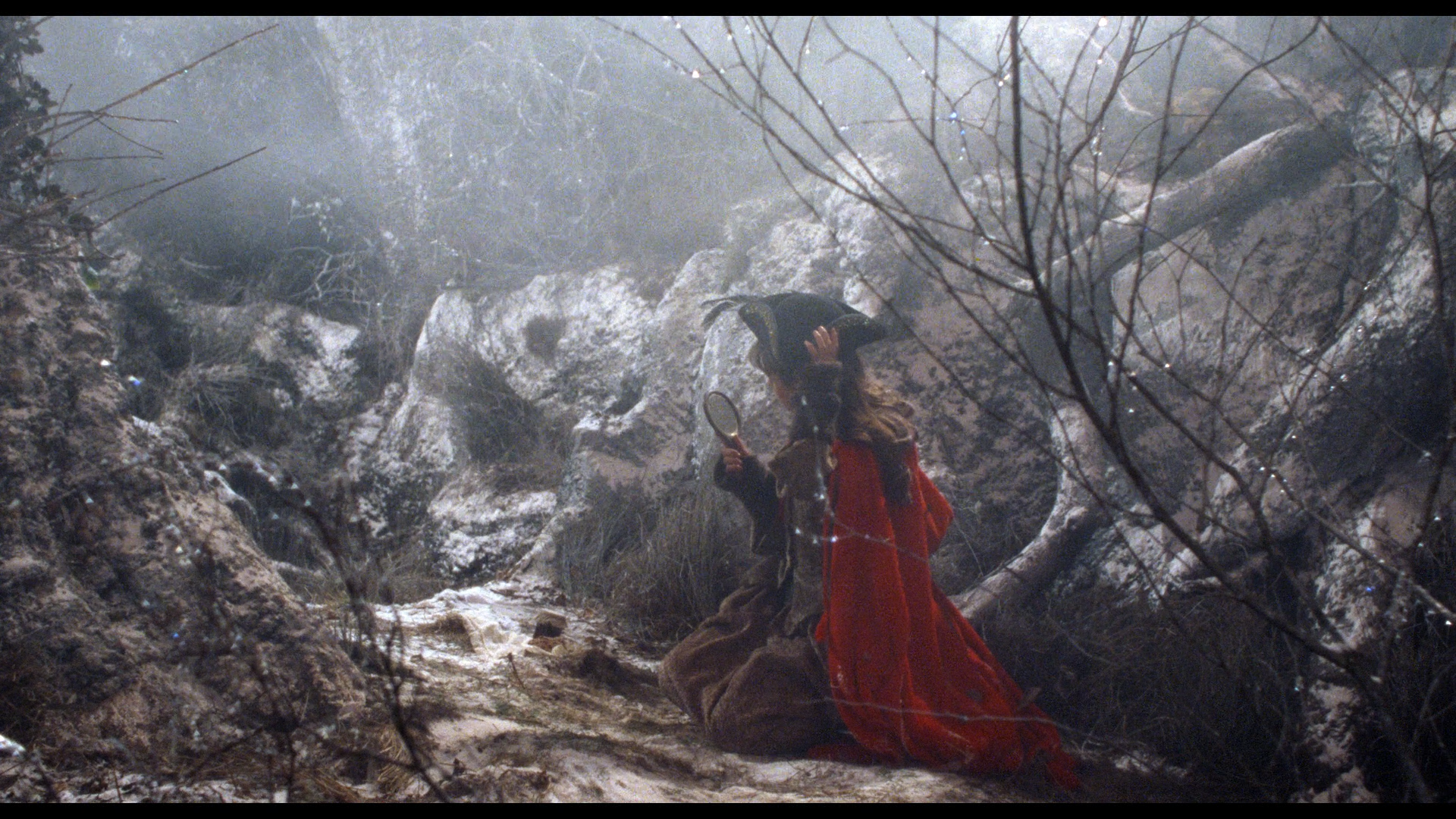 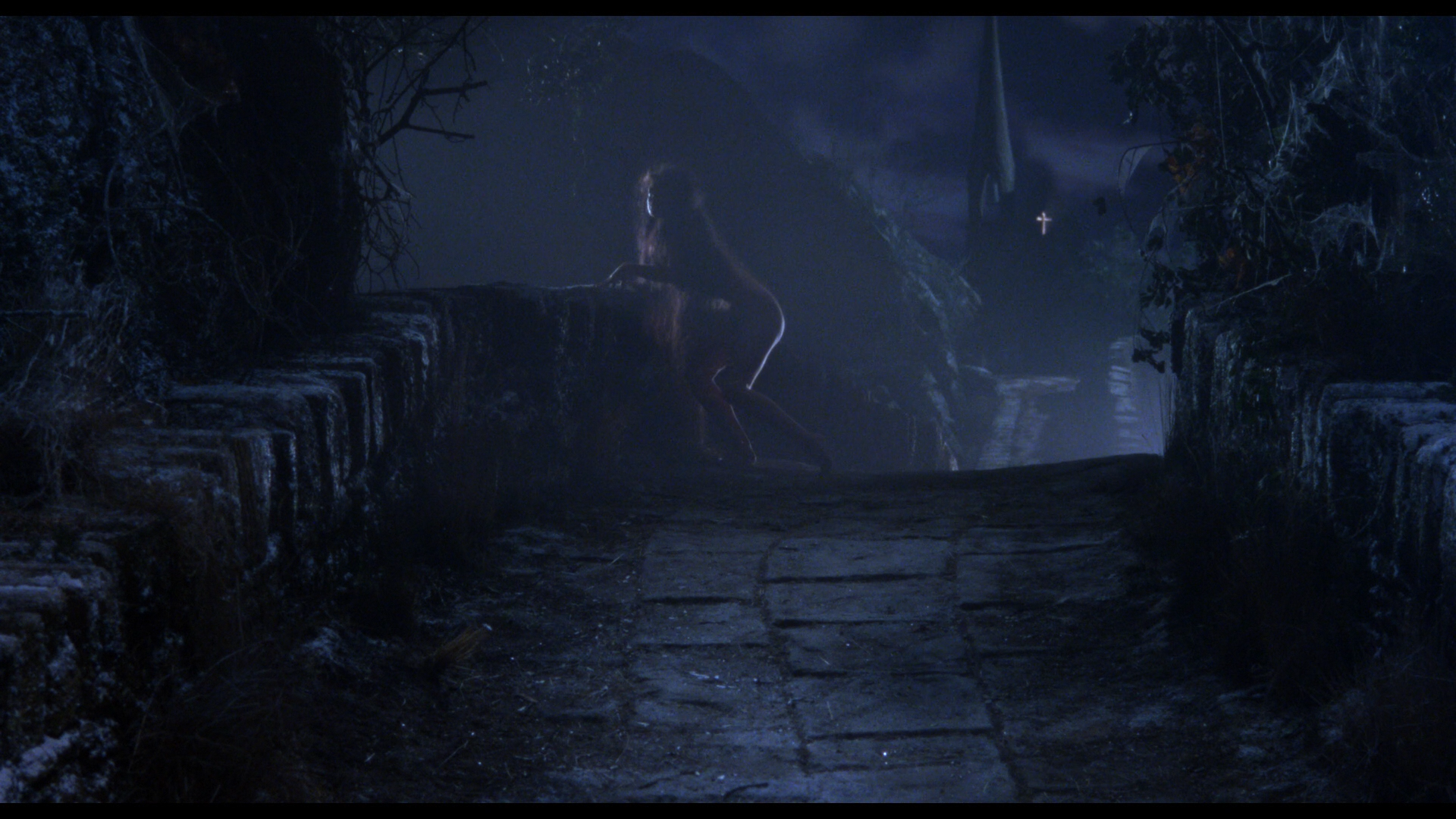 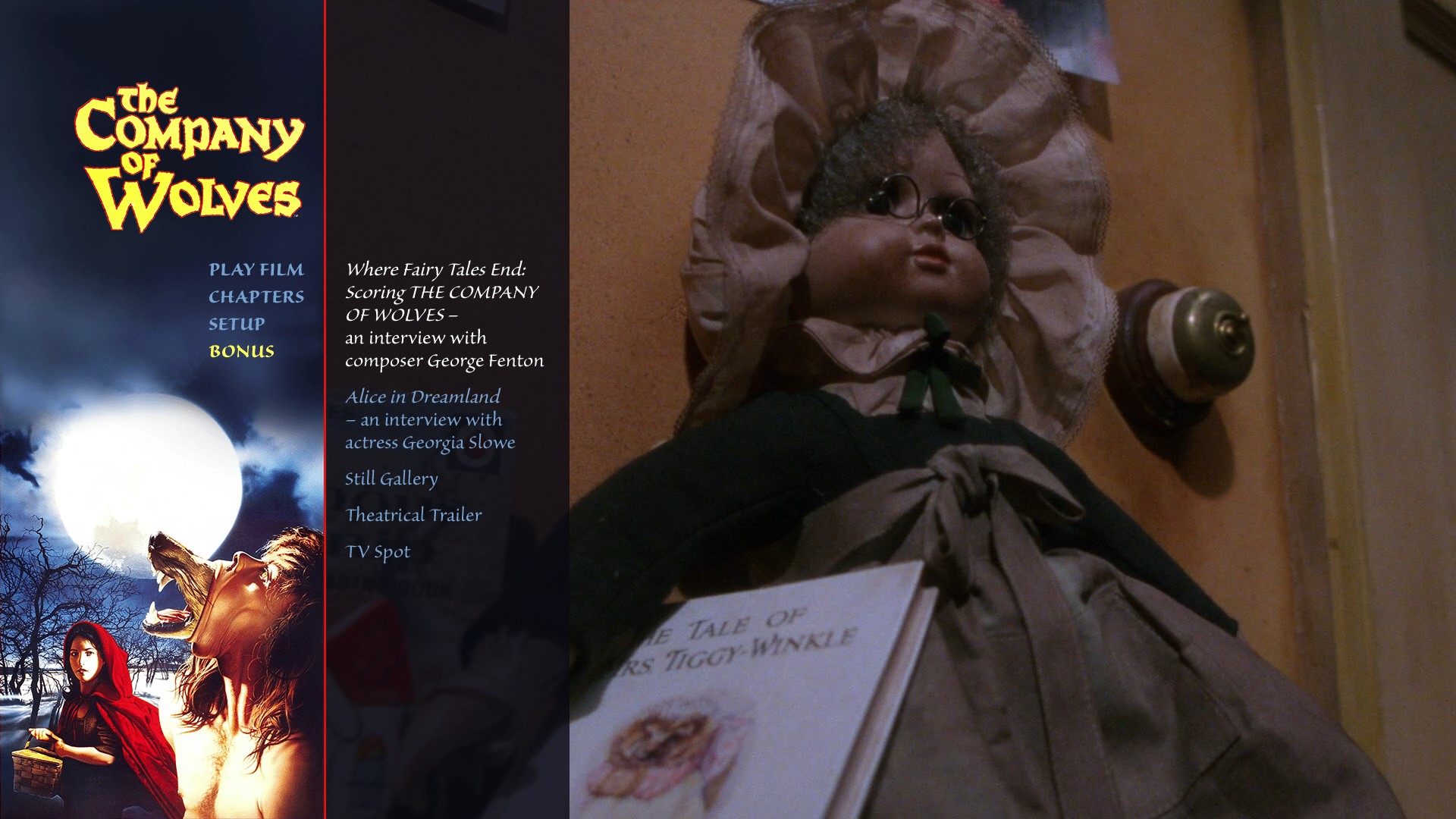 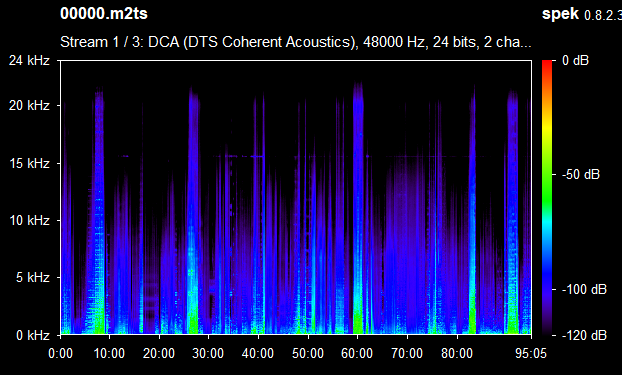 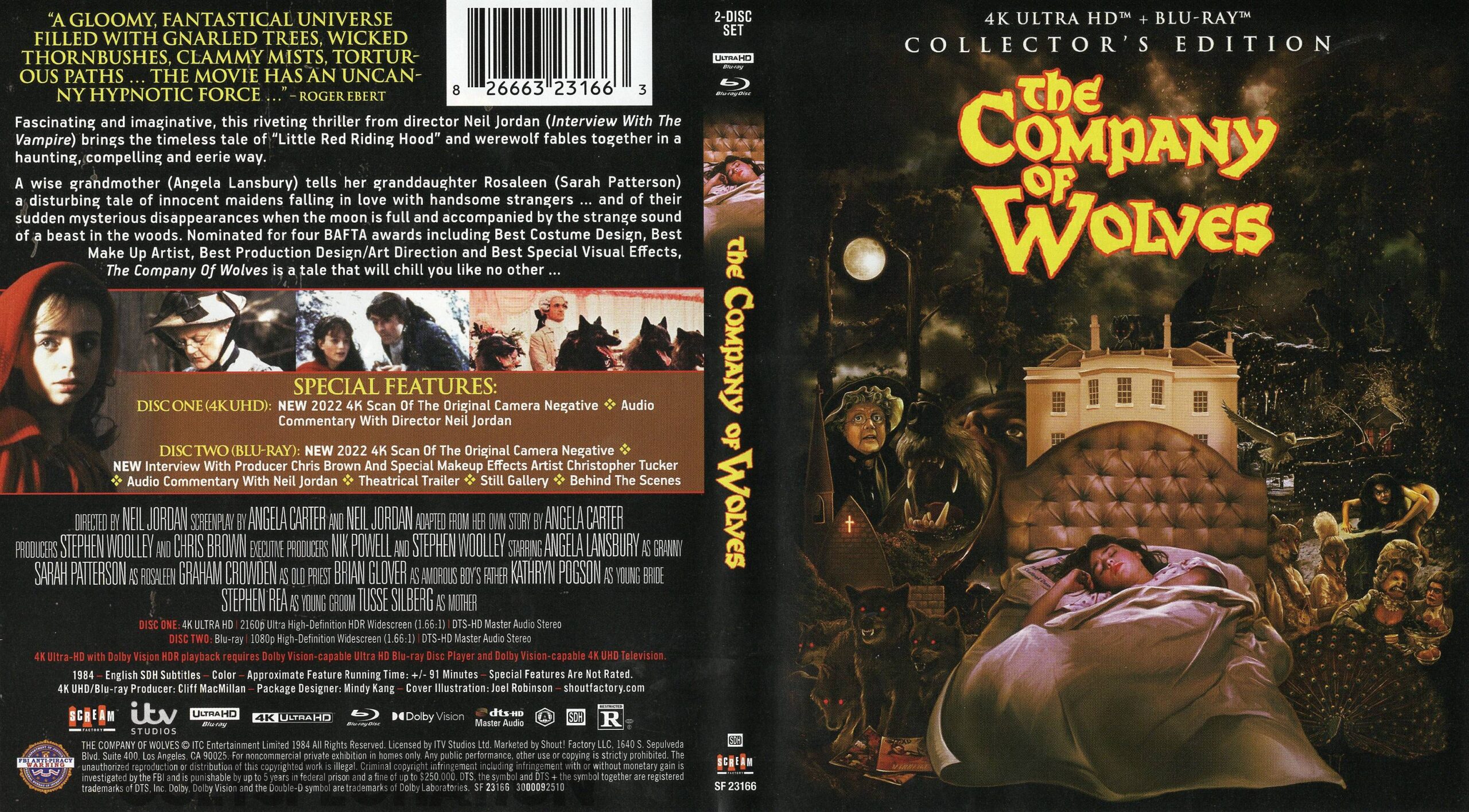 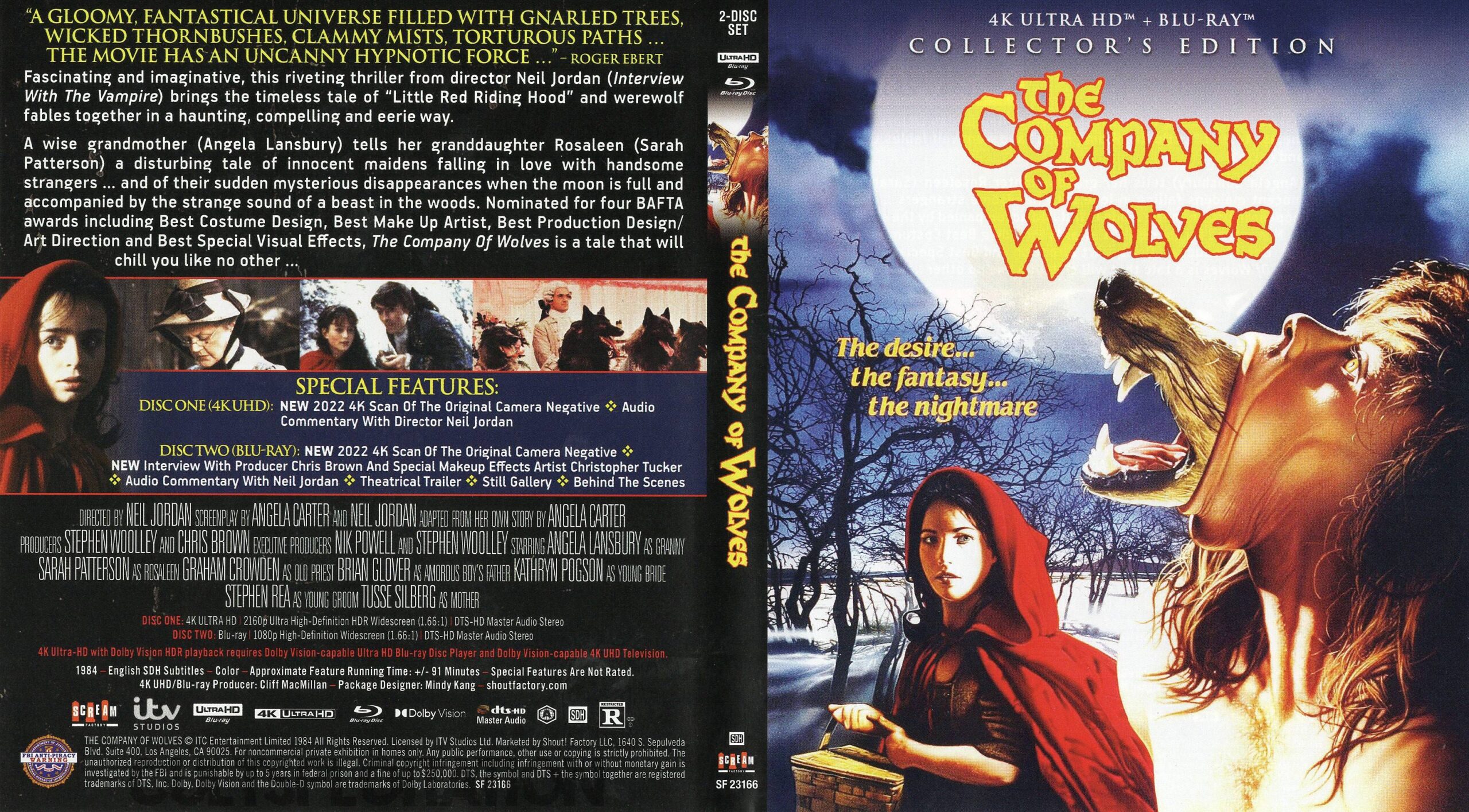 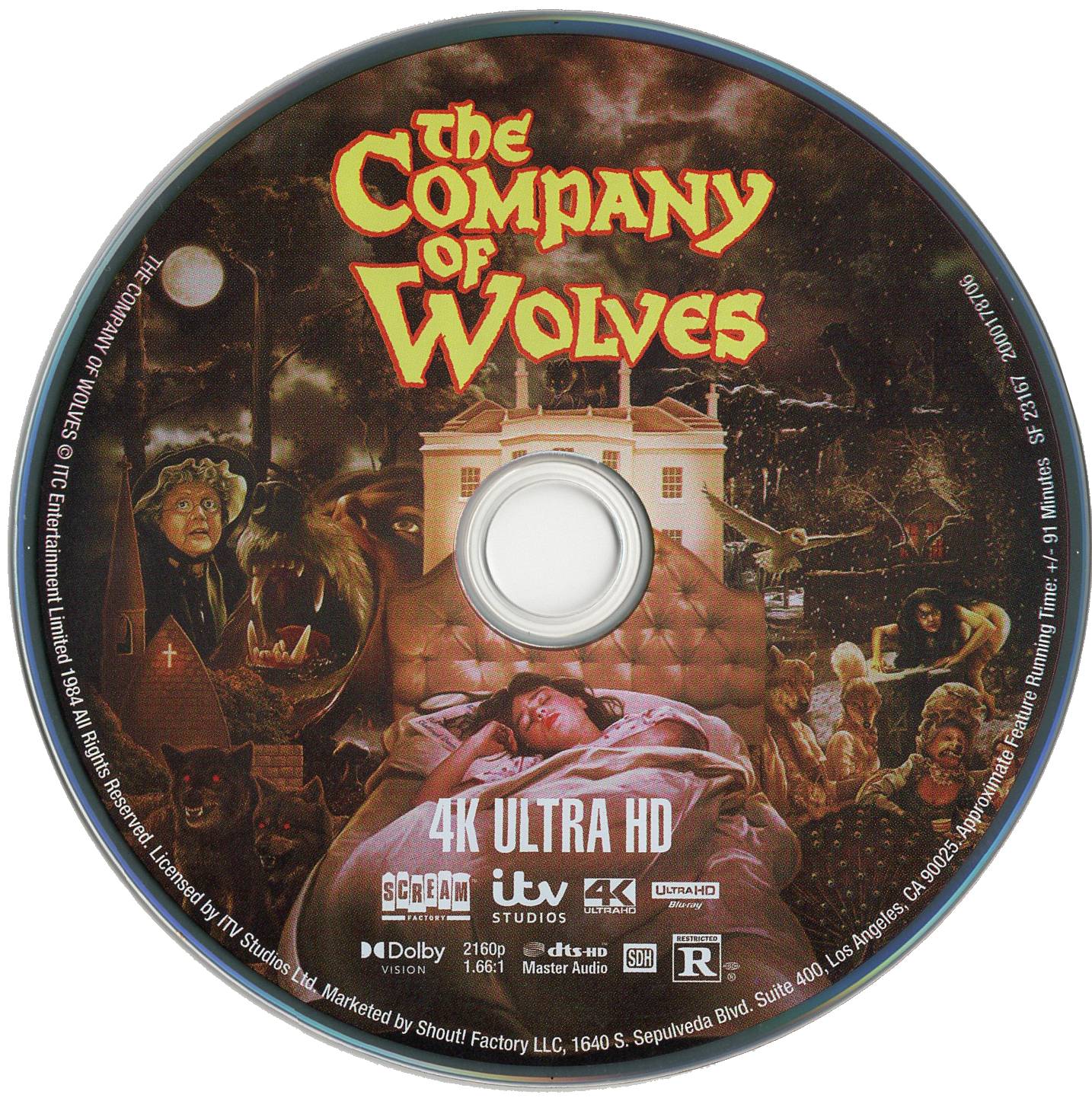 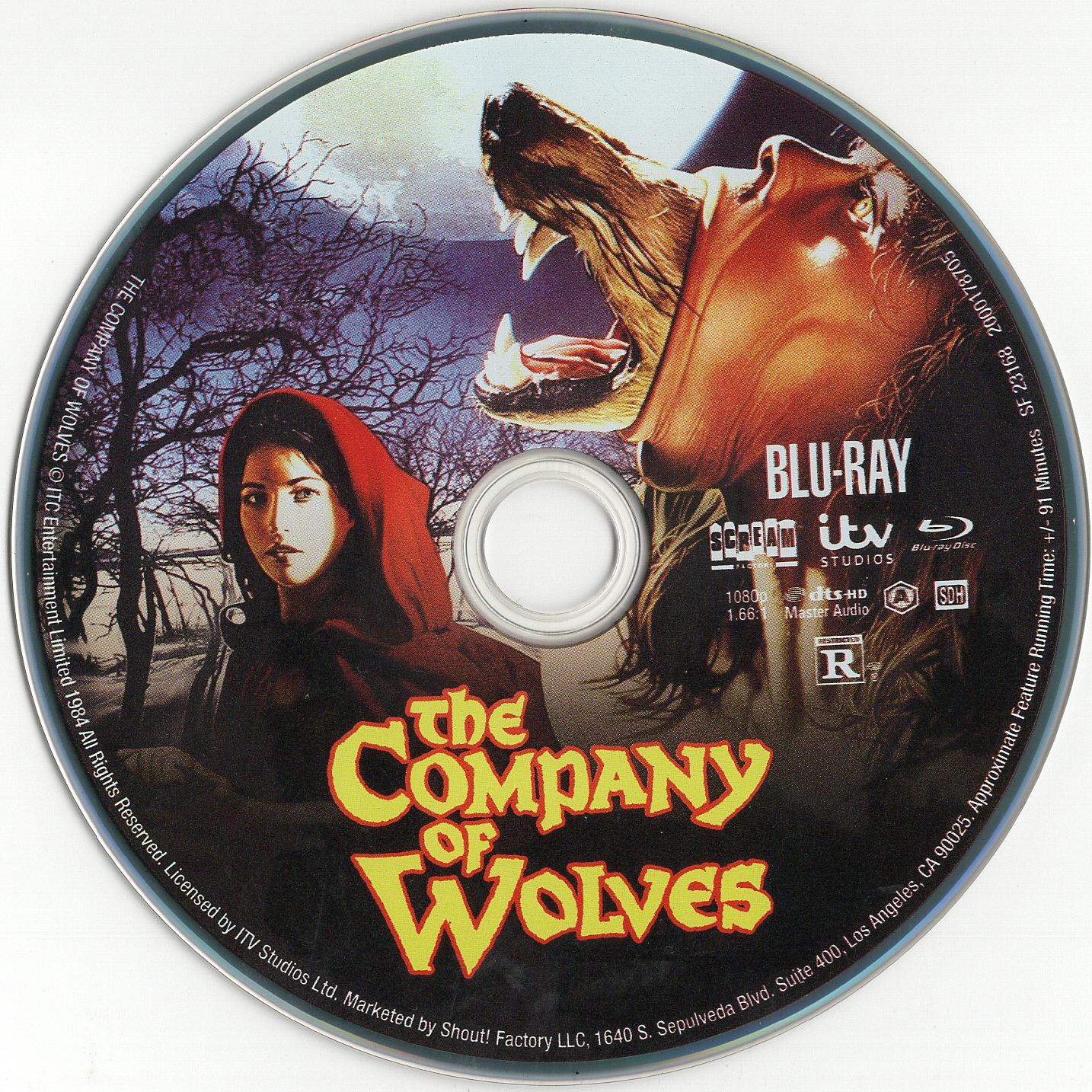