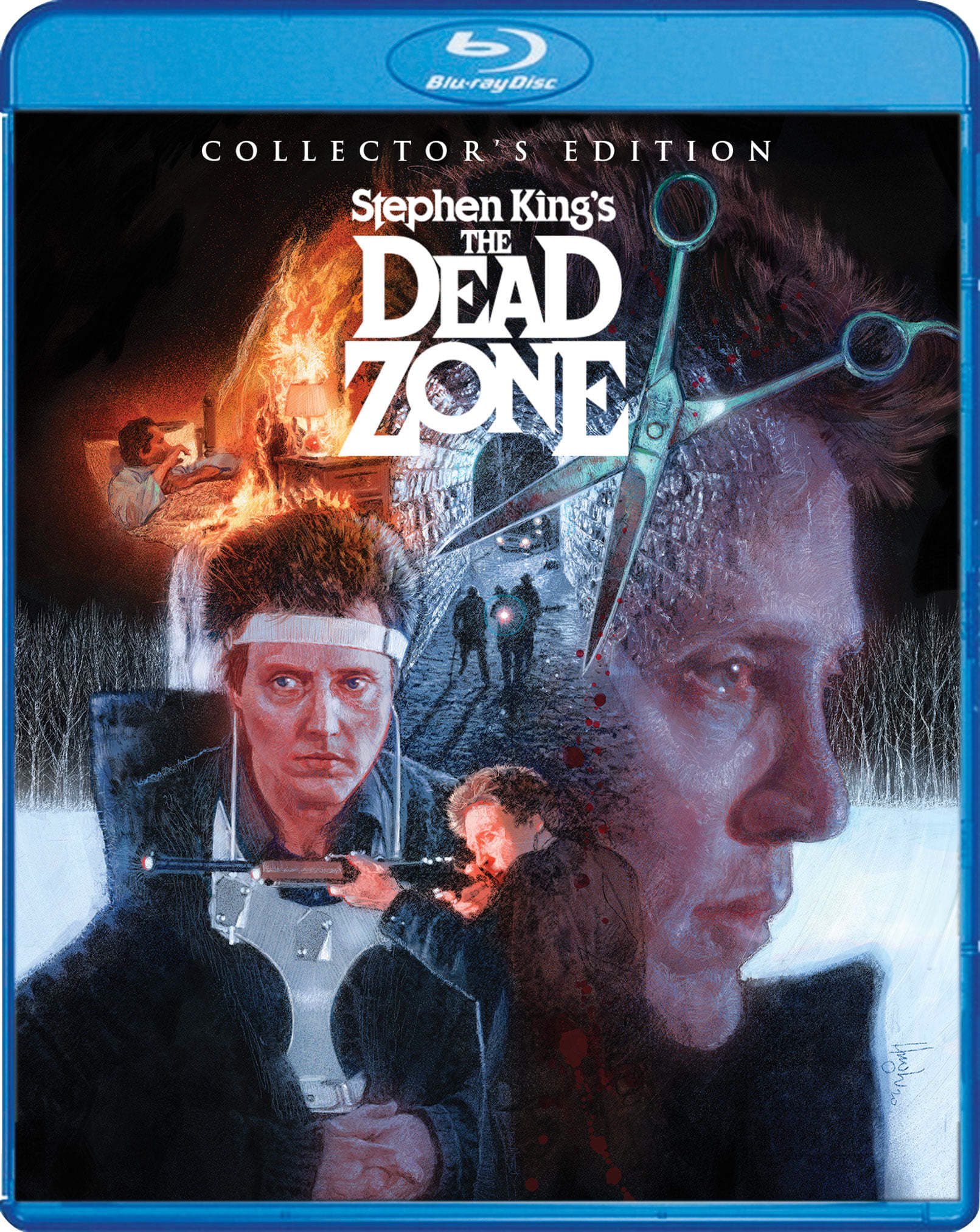 In 1983, both David Cronenberg and Stephen King were at the pinnacle of their careers. Cronenberg had recently released Videodrome and Scanners to critical acclaim, while King’s fictional output was flying off shelves and also beginning to become adapted for the big screen. Enter The Dead Zone, an adaptation of King’s 1979 hit directed by Cronenberg which is decidedly… non-Cronenbergian. Starring Christopher Walken as main character Johnny Smith and Brooke Adams as his enduring love interest Sarah, the film explores the development of second sight after a car accident puts Johnny in a coma for five years. Part romance, part serial killer thriller, and part moral quandary, The Dead Zone is a particularly chilling treatment of King’s original work.

The most interesting element about The Dead Zone is that it is effectively partitioned into three acts: Johnny dealing with his life post-coma including his lover Sarah’s marriage to another man; Johnny deciding to help the police track down the Castle Rock Killer; and Johnny’s final good deed, stopping a politician (Martin Sheen) who will eventually cause the destruction of the world unleashing nuclear weapons. Cronenberg works through each of these generating a heavy emotional undercurrent, with Walken evincing an anguished performance as the central tragic figure. The Dead Zone deals with fate quite a bit, and the film is never clear on whether Johnny would have developed these latent ESP skills despite his car accident; however, both become a trigger point in his life, and the film explores the connections Johnny makes that will lead him to his ultimate sacrifice.

Cronenberg shows finesse in weaving together these disparate threads and crafting a cohesive whole. At first, it seems like the Castle Rock Killer will be the central focus, but that is resolved about halfway through the film. Instead, it’s the slow but steady character development that takes precedence. Given his name, Johnny is an everyman character meant to be a stand-in for the audience; his ethical decisions are rhetorical questions to the viewer as well. Would you kill someone if you had a chance to stop a terrible tragedy? That is the ultimate question that The Dead Zone poses, from small decisions to big ones, and it offers one big caveat to that choice: what if no one knows what you do?

Despite the film’s clarity that the things Johnny foresees actually happen, the ending is particularly tragic regardless. No one has seen the future like Johnny has, and now that he’s acted to stop it, they never will. In their eyes, Johnny looks like an unhinged maniac; in his, he’s a hero stopping another madman from murdering thousands. King has since written about his fascination with stopping the JFK assassination in 11/22/63, but it’s hard to deny that The Dead Zone seems to be looking at real-life assassination in a different light, giving Johnny license to kill in the name of good. It’s a powerful moment expertly directed by Cronenberg, shot with cold lighting and a bleakness that matches the film’s Maine winter weather.

Overall The Dead Zone is a compelling mix of different storylines, all led by Walken’s emotional directness. Whether it was Cronenberg’s direction or Walken’s own choice, Walken’s eccentricities have been reined in for a sparse, soulful performance, and that is ultimately what makes the film so effective. Cronenberg’s body horror elements are also very limited here, though the occasional artistic death scene makes its way into the movie. That’s surprisingly not a problem, though; it shows Cronenberg’s range to be able to direct something much more rooted in reality. King’s work has had some hits and misses, but The Dead Zone is most definitely one of the best adaptations of his work we’ve ever gotten.

Scream Factory has given The Dead Zone a Collector’s Edition release on Blu-ray with a new scan of the original camera negative. There is definitely some question about what exactly was done with this scan; the box art states “2020 scan” and their website lists “2021 4K scan”; whatever the case, what’s not in question is that the film looks fantastic on this release. We previously posted screenshots of the film’s inclusion in Paramount’s Stephen King Blu-ray collection, and subsequently we posted comparison stills from both this Scream Factory Blu-ray and the Paramount offering. Scream Factory’s new scan looks unequivocally better, with more clarity and depth than Paramount’s is able to offer. Color grading is a bit different as well, with Scream’s offering a slightly darker contrast that often presents deep, but not crushed, blacks in darker scenes. Grain presence is medium-bodied but rarely chunky except for one particular nighttime outdoor scene as Sarah walks back to her car; otherwise, grain is consistently managed. The OCN is in great shape as well, with nary a bit of film damage in sight. A very impressive scan from Scream Factory.

Audio is presented with both DTS-HD MA 5.1 and 2.0 tracks. Surprisingly, the film does make good use of the 5.1’s satellite speakers with eerie sound effects and the crisp score from Michael Kamen. Both tracks offer strong dialogue volume and overall very good sound separation. English subtitles are also included with a few minor errors.

Extra features include a few new options along with previously released supplementary extras. A new interview with Brooke Adams discusses her casting in the production and her experiences working with the eccentric Walken. A new interview with production manager John M. Eckert and associate producer Jeffrey Chernov explores their role in bringing The Dead Zone to life, with a couple of fun anecdotes about on-set problems and a look at how they shot the ice-breaking scene. Amazingly, four new audio commentaries are featured on this release, adding a lot of replay value to the film – one with Director of Photography Mark Irwin and an isolated score track with commentary from film historian Daniel Schweiger, as well as two commentaries with different film historians.

The rest of the extras are ported from past releases, including vintage interview featurettes and a Trailers from Hell with Mick Garris. Theatrical trailer, TV spots, and a behind-the-scenes gallery round out the bonus features collected from other releases. The packaging comes with a slipcover and reversible artwork.

Scream Factory’s Collector’s Edition of The Dead Zone is the best release of the film thus far, and ultimately King and Cronenberg fans can’t go wrong with the movie. Recommended. 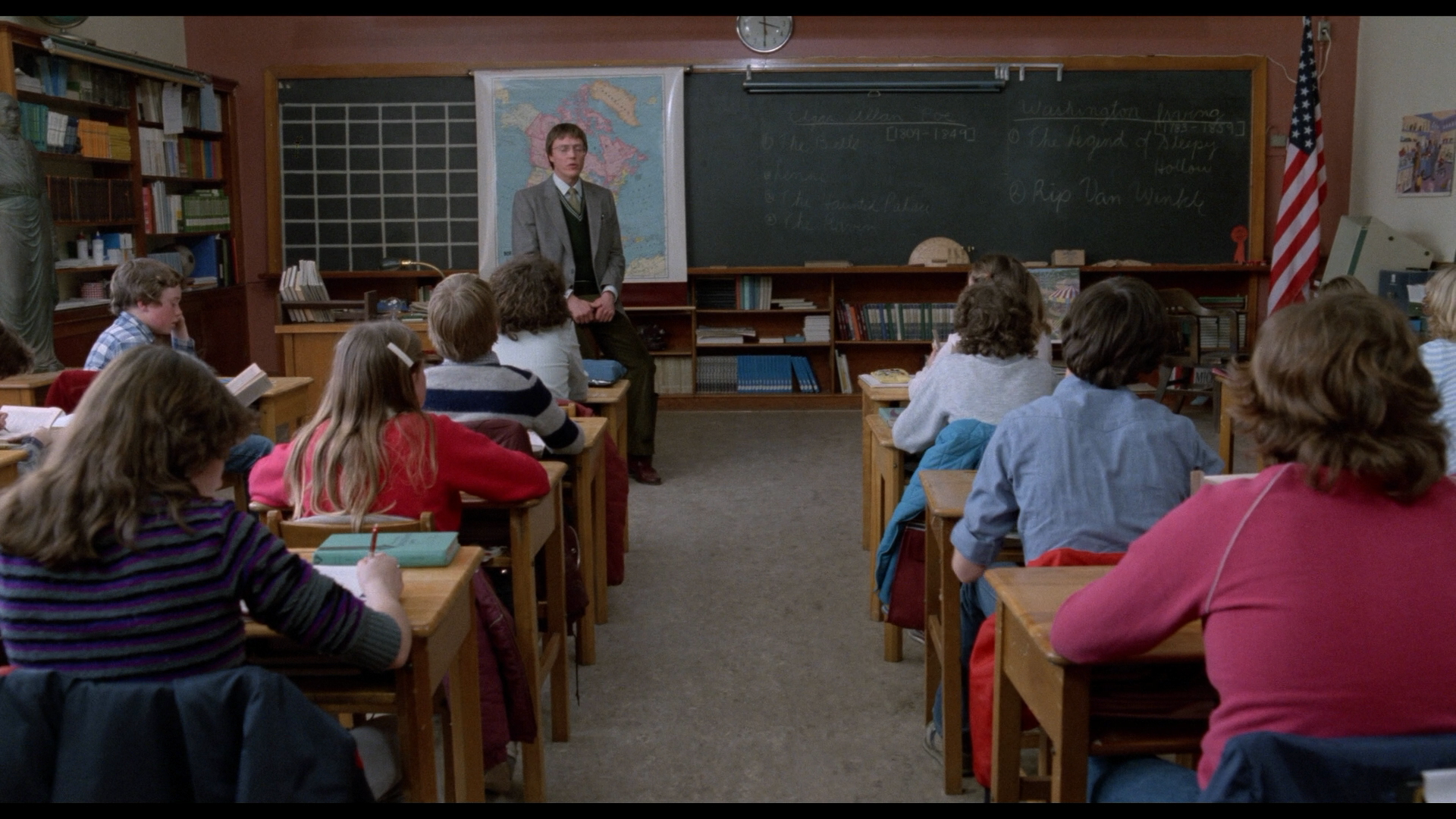 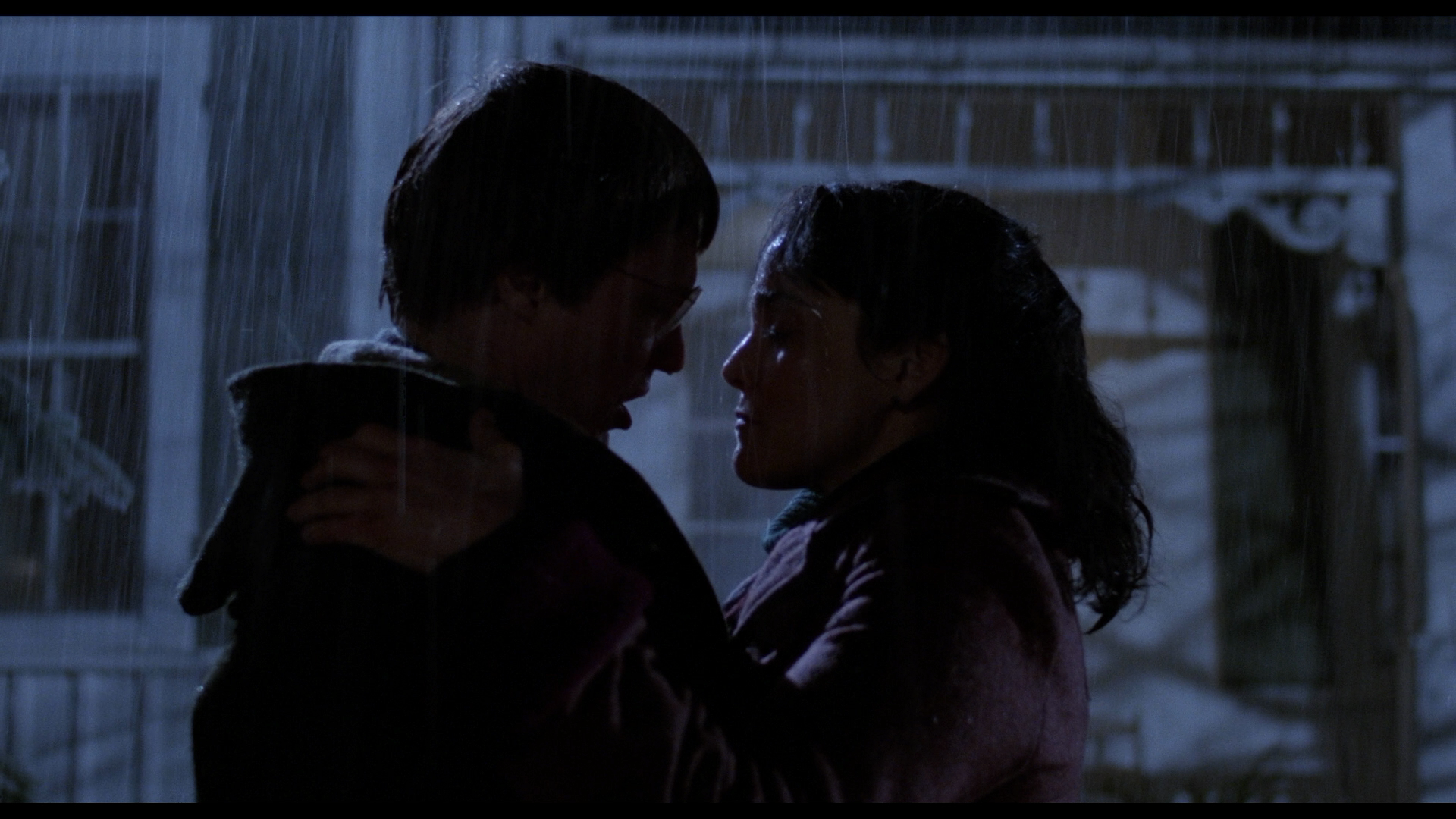 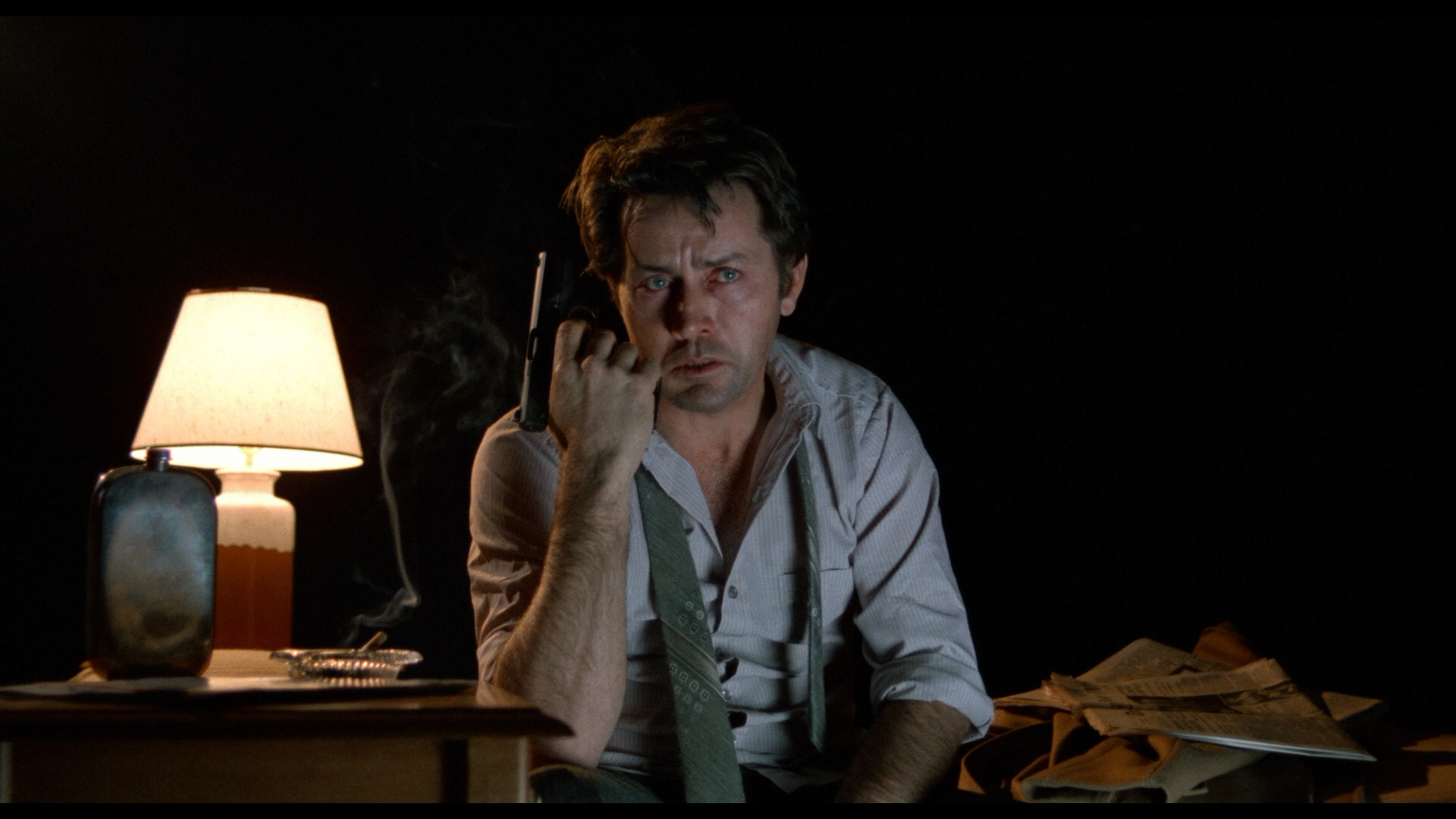 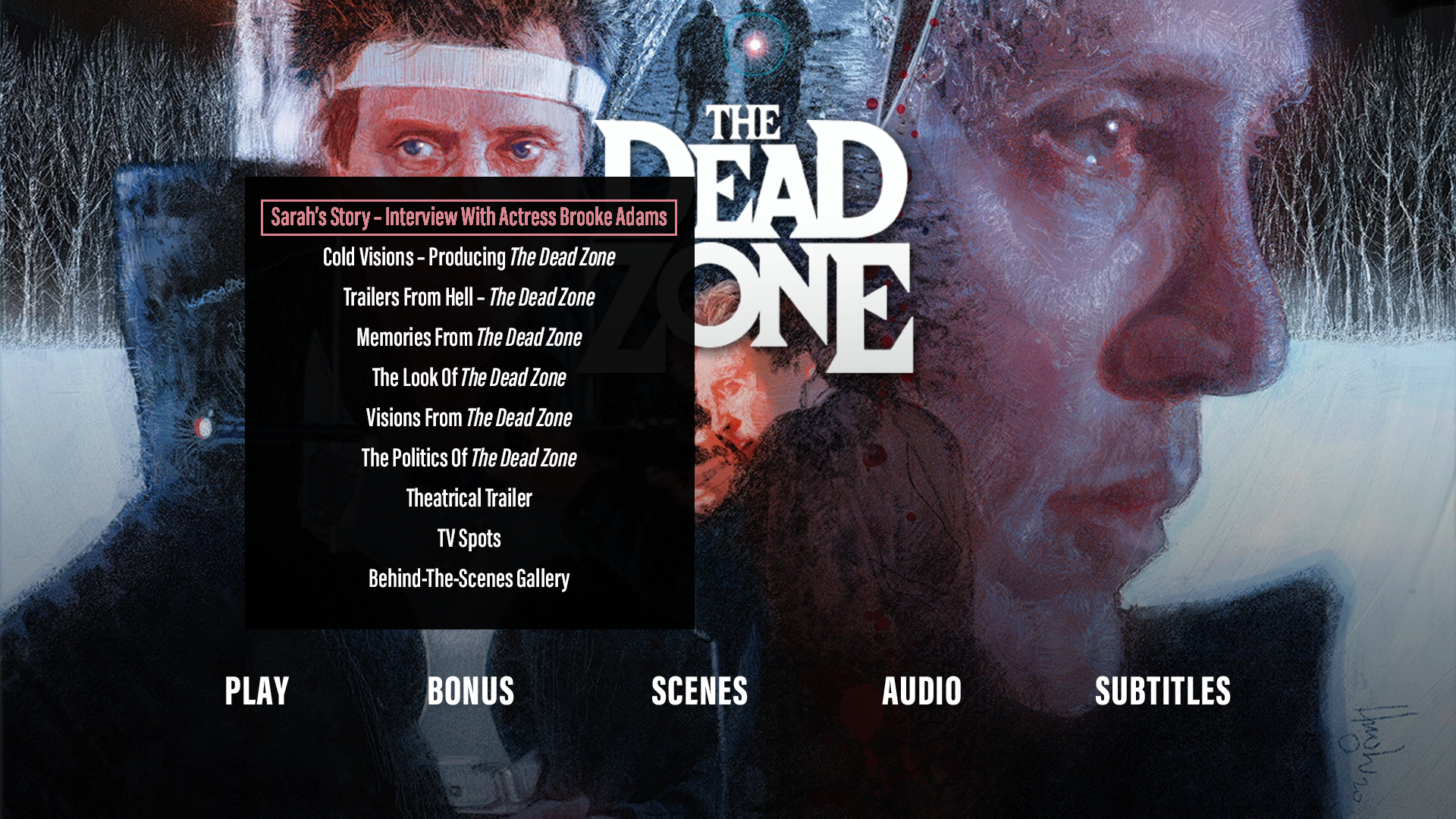