The Devil’s Rain Blu-ray Review (Severin Films)
The Devil's Rain, a flick about a satanic cult led by Ernest Borgnine, and starring William Shatner and Tom Skerrit, was a surprise hit in my useless opinion. The movie was supervised by Anton LaVey, founder of The Church of Satan, and the films ending is an insane practical effects extravaganza! The movie may have a convoluted plot, but because of the help from LaVey, and the jaw-dropping ending, The Devil's Rain stands taller than other similar films of its kind. Severin Films has released a fantastic Blu-ray, with plenty of features and solid video and audio. I definitely recommend picking this up!
Film
Blu-ray
Reader Rating0 Votes
4.4

The Devil’s Rain was released on Blu-ray last year, but Michael’s just getting around to this cult film about cults. Ernest Borgnine, William Shatner, and Tom Skerritt star in this film about Satanism and supernaturality – and if you watch the video review, you can tell that Michael had a lot of fun with it despite a rather convoluted plot. It helps that the movie had some real life input from Satanists! Have a watch and enjoy this The Devil‘s Rain review, released on Blu-ray from Severin Films. 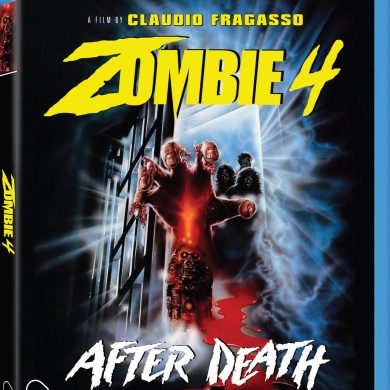