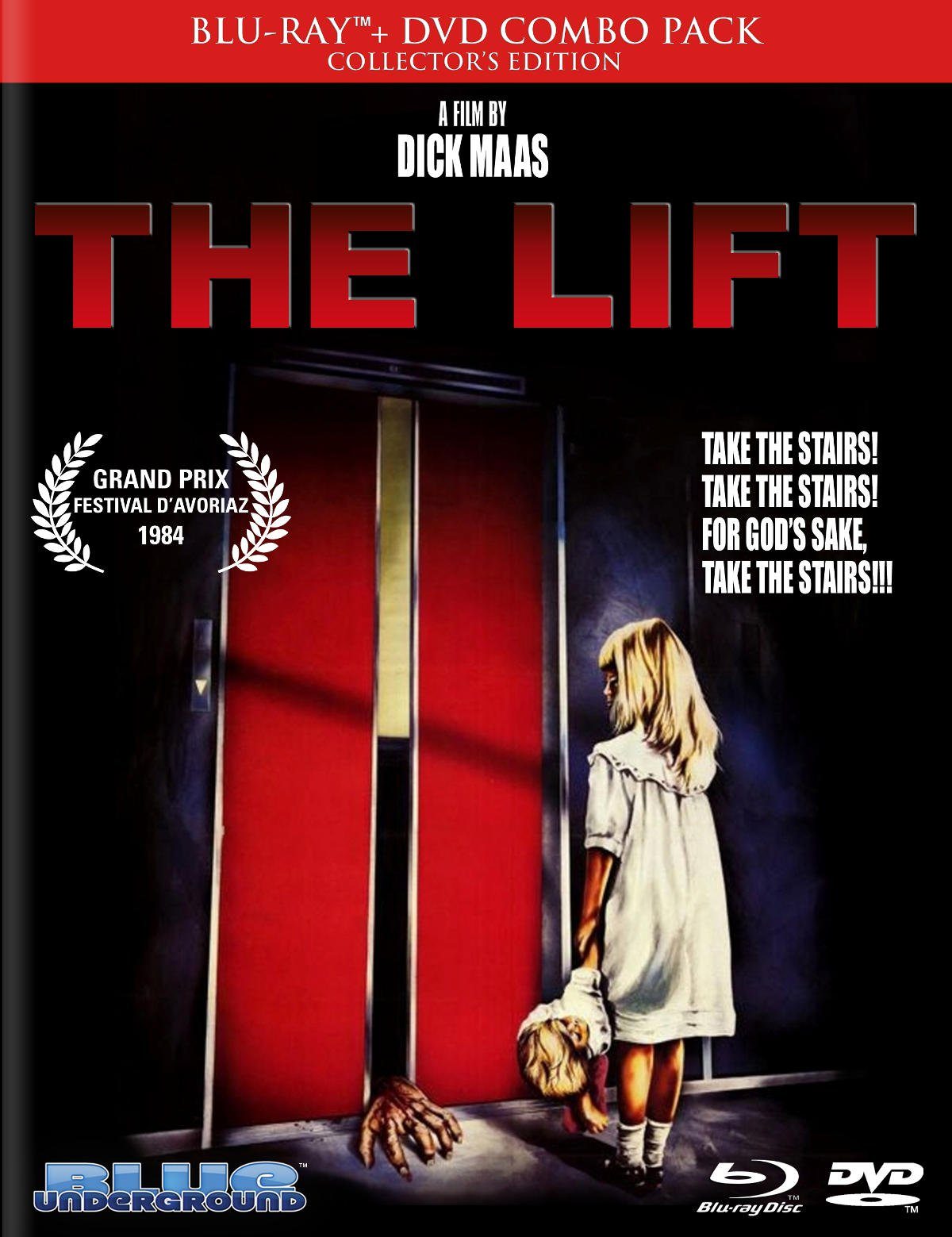 THE LIFT Review (Blue Underground Blu-Ray)
Verdict
The Lift is an odd, slow-paced film, but it does have a compelling storyline about a man obsessed with a killer elevator. Blue Underground has done a great job with the transfer, although the extras are lacking.
The Good
Solid film with a fun synth score
Good 2k transfer from Blue Underground
The Bad
Lack of special features
Somewhat slow pacing and lack of direction at times
8
Very Good
Buy
Amazon

Dick Maas’ 1983 horror film The Lift is about a killer elevator, which sounds quite schlocky – in general, the “machinery gone rogue” genre tends to hew more closely to humorous territory. However, Maas’ script takes things very seriously; it’s a slow burn as elevator repairman Felix (Huub Stapel) discovers the killer elevator shaft in a penthouse and subsequently becomes obsessed with figuring out how to fix it. And unlike some of those films where poltergeist activity is the real culprit, The Lift explores the seedy underside of elevator technology and a business that has experimented with circuitry to create a sentient being.

The Lift is a strange film for sure, and as one of Maas’ first writing and directing jobs, it does suffer from a lack of direction. The pacing is certainly not for everyone – it’s a plodding feature, and Maas’ primary focus is how Felix changes throughout the film. He clearly takes his job seriously and values himself to be one of the best elevator technicians around, so when he encounters an elevator that has mysteriously begun to operate under its own devices, his concern centers around not knowing why the elevator has been behaving in abnormal ways. The Lift, then, is more thematically akin to an obsession storyline as Felix drops most of the rest of his life to dissect this elevator problem.

It also leads to some marriage strife once his wife Saskia (Josine van Dalsum) gets fed up with Felix’s behavior – especially when it means he spends most of his time with the reporter Mieke (Willeke van Ammelrooy). While The Lift makes this into a subplot, it’s probably the least interesting aspect of the film, and it slows down the pace even more.

That’s because Maas’ treatment of the killer elevator is mostly mundane – it does commit some murders, but a lot of it actually happens off-screen. The other scenes involving the elevator show it toying with its victims, and even the first moment of the film only leaves a bunch of party-goers in critical condition rather than dead. It seems intentional that Maas doesn’t make the elevator into the main antagonist; rather, the film’s bigger focus is how Felix responds to all of this madness around him.

The Lift is strange and often enjoyable, but it’s important to note that it is not the grisly vehicle that its plot might suggest. Some may be disappointed because of that, but Maas does a fairly good job of developing Felix as a character and documenting his obsession. Besides a few missteps in the plot itself, The Lift manages to craft a compelling killer elevator story that doesn’t rely on cheesiness, taking the concept as seriously as possible.

Blue Underground has released The Lift on Blu-Ray with a double-disc package, including Blu-Ray and DVD options. It also comes with a new color pullout with a great essay about the film along with screenshots.

The video quality is quite good, especially considering the last time I watched The Lift, it was a poor VHS rip of horribly fuzzy image. Now, Blue Underground has cleaned up the image considerably, and there are very few instances of damage. There’s a heavy grain presence in the background that doesn’t really obscure the picture; I’m not sure that it is the best that could be done here, but it still looks quite good, with nice color preservation and skin textures.

Special features for this Blu-Ray are a tad limited, however. Besides the insert and the dual disc format, the Blu-Ray only includes one interview with Huub Stapel, taken from the same session as his Amsterdamned feature. This one only lasts seven minutes long and doesn’t really go too in-depth about the film. This also includes a Dick Maas short film which runs about four minutes. Also included is a still gallery and trailer.

While I would have liked to see a bit more from the extras, it’s still a great package from Blue Underground, especially considering the film’s lack of Blu-Ray presence prior to this release.