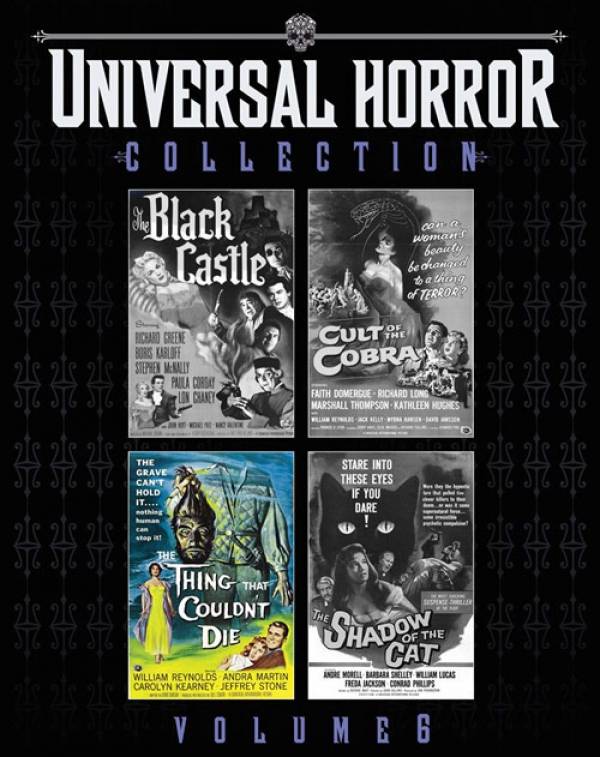 Headless and loving it

One thing that The Thing That Couldn’t Die has going for it – a killer title. And sometimes, that’s all you need to rope in viewers hoping that the film capitalizes on the draw of its marketing. In Will Cowan’s film – initially planned to be called The Water Witch before workshopping a different moniker – the plot isn’t as strong as its name suggests, but it does have the supernatural elements of classic Universal monster films; this time, it’s a disembodied head locked in a chest that can only be repelled by a special fleur de lis pendant.

The film’s introduction is slow – too slow for its 69 minute running time. We meet a young woman named Jessica (Carolyn Kearney) who is a water witch – she can use a dowsing rod to find water every time, so long as it’s not for profit. However, her aunt and a group of others – including her love interest and overall everyman Gordon (William Reynolds) – find a buried chest that seems worth a lot of money. And how it generally goes with valued things, others attempt to steal it and unwittingly unleash the cursed head of Gideon Drew (Robin Hughes), who has the ability to influence those who hold his head by making them do evil things so that they can rejoin Drew’s head with his separately buried body.

The idea of this film is quite alluring: a headless body, a cursed chest, a relation to Sir Francis Drake all make for a rousing form of entertainment. And once the film gets through its overly long expository beginning, The Thing That Couldn’t Die settles into its near-blasphemous events with aplomb. While the film is careful to avoid anything particularly gruesome, the head reveal is still a shockingly fun moment, and the later scenes are well-choreographed to hide any unwanted break from the film’s reality by keeping Drew’s head distanced from the camera when the prop is being used.

At 69 minutes, the film is just about the perfect length give or take a few stolid late moments. Contemporary viewers may find it a bit cheesy, but Cowan certainly steeps the film in a certain atmosphere thanks to moody Universal sets with twisted trees and fog (and surprisingly effective despite a low budget). The ending leaves a lot to be desired with an extremely abrupt conclusion, but it’s really the ride that makes the film worth a watch rather than where it ends up.

Scream Factory has released The Thing That Couldn’t Die in its Universal Horror Collection Volume 6 boxset, giving it a new 2k scan from a “fine grain film element.” Like the two previous films in this collection, the results are quite impressive – there’s a lot of good detail preserved here, evident in close-ups, clothing material, and the ornate chest itself. Darker scenes are handled without crush, and there’s particularly good management of the early lighted shots too. There are only a couple of softer shots present here, and later in the film there’s a reel that contains a few lines through the middle of the picture. Other than that, The Thing That Couldn’t Die looks great here.

Audio is a DTS-HD Master Audio 2.0 mono track which sounds strong and crisp, with no volume drops or other audible issues. English subtitles are also included in yellow font.

This film in the boxset contains a lesser amount of features, but like the other films in this boxset, Tom Weaver stops in for an excellent audio commentary running through all kinds of things, from the reused film scores to background context behind the film to the inclusion of audio snippets from those involved in the production. Also included is a theatrical trailer.

The Thing That Couldn’t Die is a late-period Universal monster film with a cheesy, predictable plot that is still quite a bit of fun. The new transfer looks great and Tom Weaver’s commentary is again recommended.