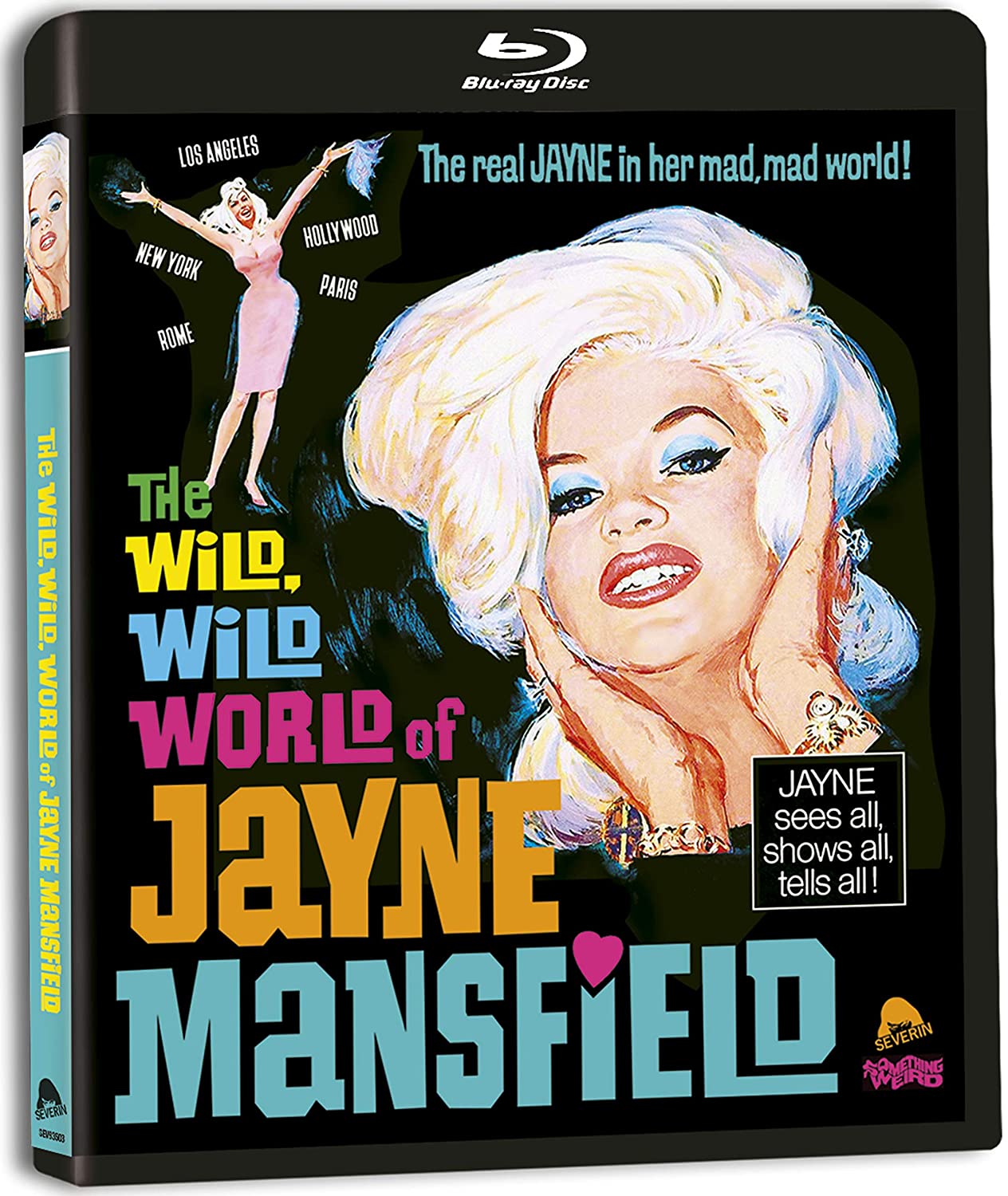 The sweeping rise to fame of Jayne Mansfield was an illustrious and sometimes tawdry one, and so it stands to reason that her final film, The Wild, Wild World of Jayne Mansfield, would be as well. The film started production as a mondo-style movie documenting Jayne’s travels throughout Europe – including Italy and France – and then back home to Hollywood, with a tongue-in-cheek narration from the actress that often teases the viewer with the promise of a little Jayne topless action that never truly occurs except for previous scenes and photographs that had already been widely available.

Throughout, Jayne visits a number of locations and touches on some taboo lifestyles, most notably the trans and drag communities. While it’s not exactly a tactful representation, it is at least a bit more forward-thinking than most of the world at the time, even if the footage of Jayne at these parties seems to indicate she was just sitting awkwardly on the sidelines unsure what to do with herself. And while the documentary shows its age a number of times (at one point, Jayne basically says that she guesses “midgets” need love too), its range and audacity is often surprising.

What most viewers are probably here for, though, is the T&A, and while Jayne never gives that up herself there is an abundance of it later in the film, especially as Jayne visits Hollywood where a prominent sexual exploration has taken place. Much of The Wild, Wild World of Jayne Mansfield is a tease, one that the star’s narration often compounds. Jayne even states at one point that she’s done with exposing herself, presumably having a laugh at the circumstances that got her famous.

Not all viewers will appreciate the fairly slow, tame burn that is this film. However, things really take a turn during The Wild, Wild World‘s finale, which shows the grisly aftermath of the car accident that took Jayne’s life in 1967. Not satisfied with ending the film on a relatively upbeat note, producers and ex-husband Mickey Hargitay decided to co-opt the conclusion into a tribute to her death, except they include graphic pictures of the car crash. It’s a pretty exploitative element that changes the tone of the film considerably, and it certainly seems  in poor taste even if the intention was to show Jayne’s family grieving. Unfortunately, this moment is probably the most notable element of The Wild, Wild World of Jayne Mansfield, which takes the limelight away from Jayne in an almost vindictive way.

The Wild, Wild World of Jayne Mansfield is an enjoyable experience, though, one that highlights the bubbly and often self-deprecating humor of its star up until her tragic demise. Even its ending is somewhat in line with Jayne’s viral antics, just at her own expense. For those interested in mondo films or her life, take this final trip with Jayne.

The Wild, Wild World of Jayne Mansfield comes to Blu-ray thanks to a joint operation between Severin and Something Weird, with the latter supplying the best known 35mm film print for a new scan. The results are somewhat mixed, as Severin notes in an introduction before the film begins. Color is extremely washed out throughout much of the transfer, leading to a sometimes pink or sepia-toned color scheme. It may not be the original film’s intent but it certainly adds a bit of flavor to the film. While there is quite of bit of damage and a few lines throughout, it’s surprising how much detail was retained despite the print’s age and deterioration, and I don’t think viewers could ask for much more from this release. And if for whatever reason the transfer doesn’t meet expectations, Severin has also included an SD version of the film which seems to retain more of the original color.

Audio included is an English DTS-HD MA 2.0 mono track that has some muffling and distortion, which seems to be the case across the board not just in this version but also in the SD one that was provided. Other than that, no other major issues. English subtitles are included.

For extras, besides the SD version of the film we are also given a bonus featured called The Wild, Weird, Wonderful Italians. This is a relatively tame mondo film that showcases Italian culture is neither wild, weird, nor wonderful – it’s wholly fairly boring and lifeless, mostly centering on religious practices. The scan is fair but not of high enough quality (or interest) to warrant its own release.

Also included is a short interview with Blanche Barton, who talks about Jayne’s relationship with Satanist Anton LaVey and the “curse” that was placed on her lawyer/boyfriend Sam Brody. A trailer rounds out the extras on the disc.

This release of The Wild, Wild World of Jayne Mansfield may be the best that we get, especially considering the minimal interest in the film. Mondo fans should gobble up this release with two different ways to watch the movie. 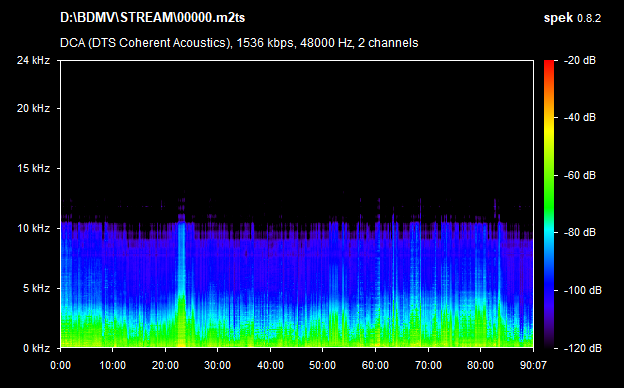 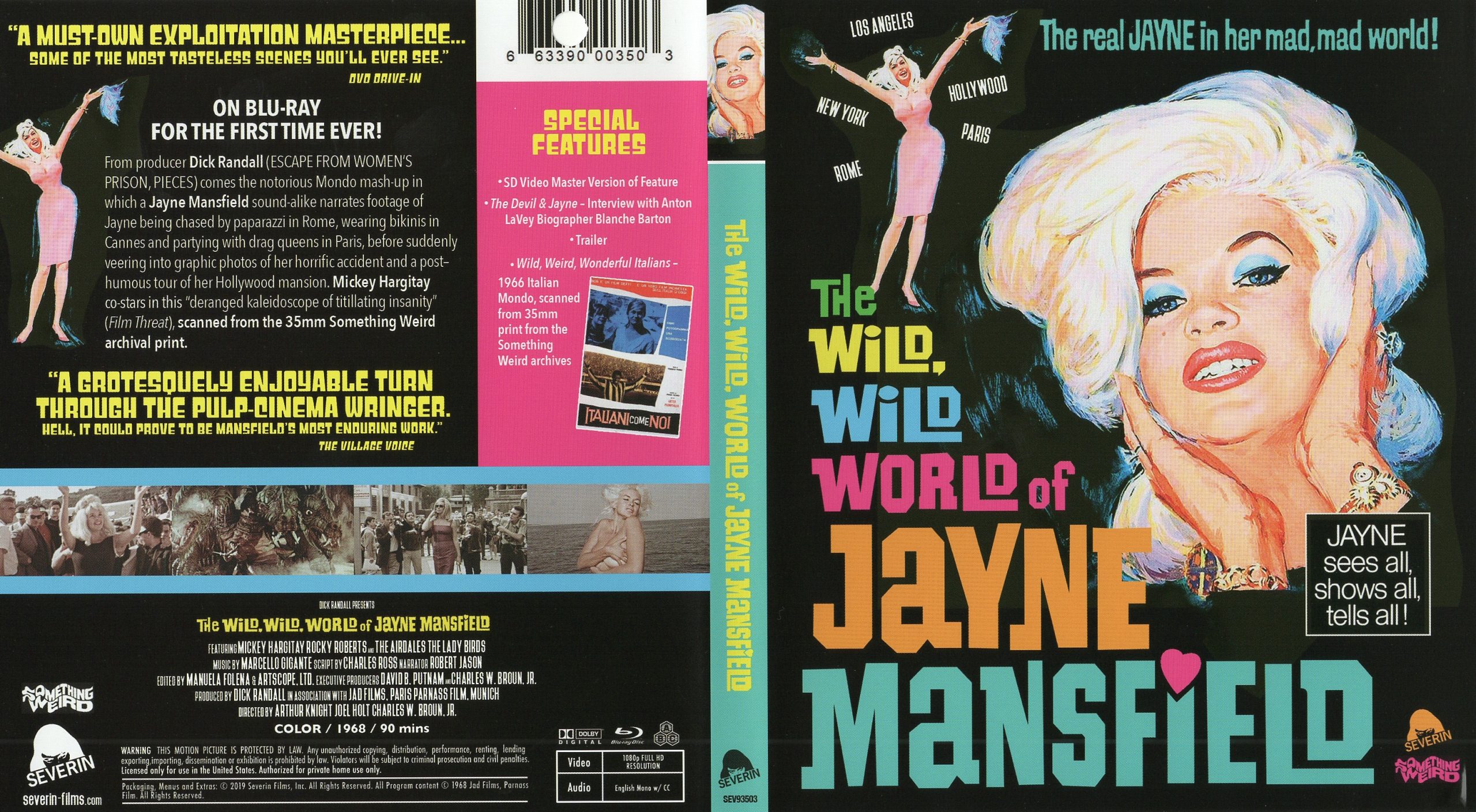 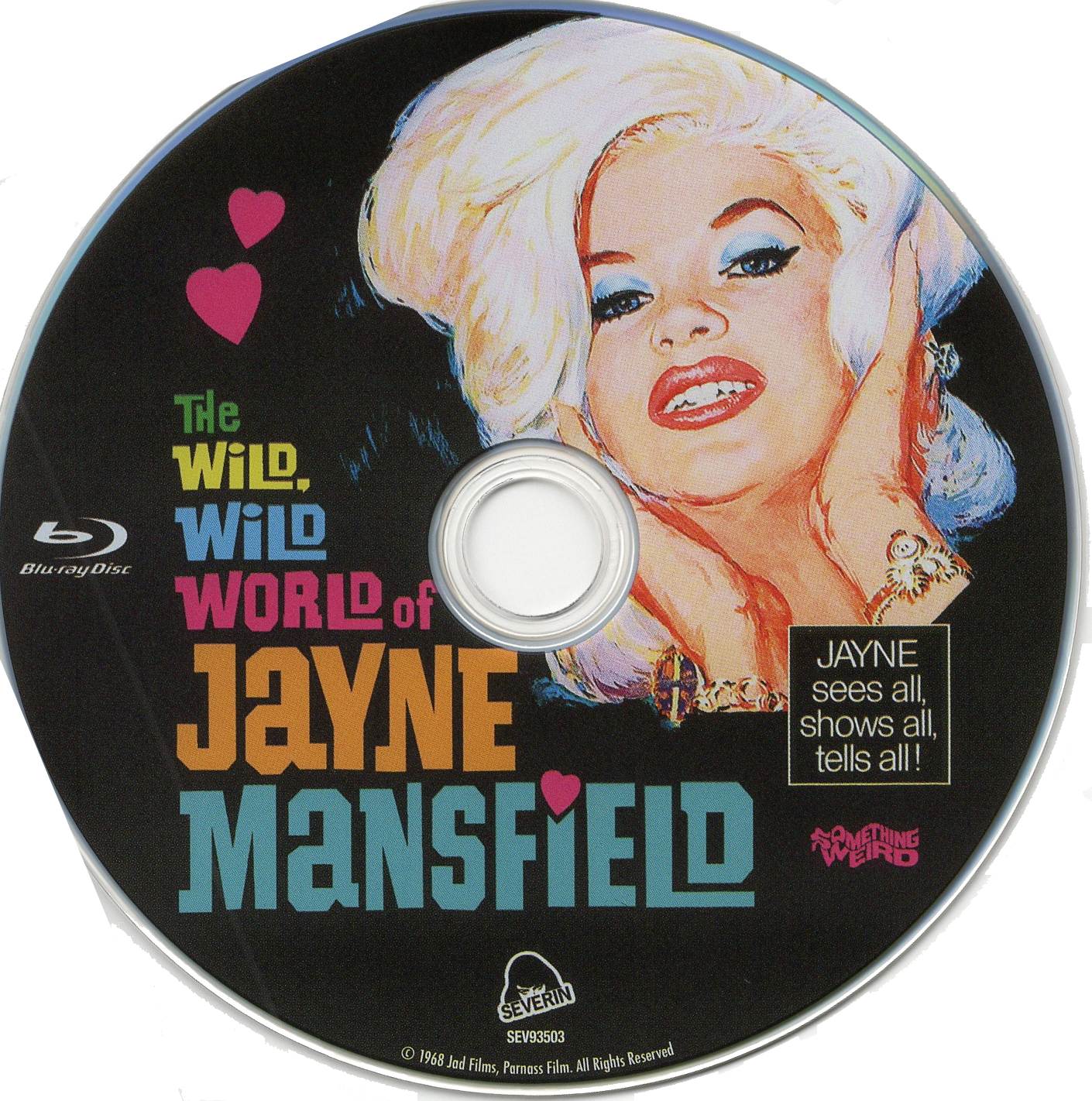