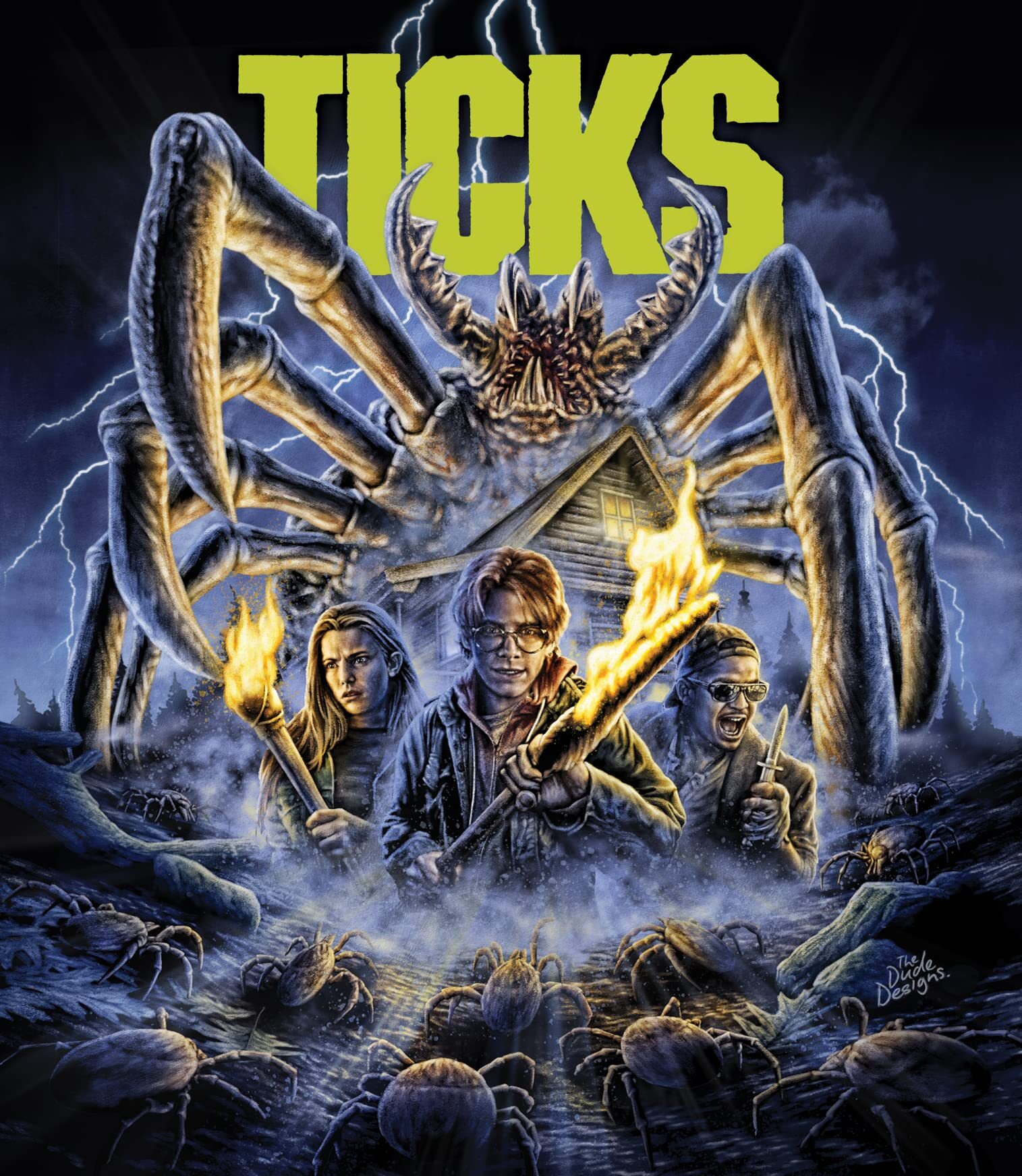 It's infested... with great quality!

Tony Randel’s 1993 film Ticks is quite apparently a re-imagining of the nuclear/atomic/radiated animal films of the 1950s. At that time, a threat of nuclear holocaust hung in the air, a sticky sense of dread and foreboding that settled over the population like atomic snow; those pictures were about embracing the terror and criticizing the state of the world that brought it about. The 1990s certainly did not have the cold war scare of historical past, but it did have newer environmental devastation to contend with. Ticks imagines what happens when the war on drugs incidentally inspires marijuana growers to use dangerous steroidal chemicals that seep into the soil to create a massive tick infestation in the woods outside LA.

Ticks isn’t exactly understated in its plotting. Its initial scenes pretty much set in motion exactly what’s happening: marijuana grower Jarvis Tanner (Clint Howard) is pumping steroids into his crop, it’s running into the ground, and slimy tick larvae are growing into massive blood-hungry ticks. Unfortunately for an inner-city group of kids planning a camp-out in this area, their hatching period seems to be occurring right now. Seth Green, Alfonso Ribiero, Amy Dolenz, and Rosalind Allen are part of this makeshift band of troubled kids seeking some healing time in the wilderness, but their spiritual awakening is also terrorized by two goons (Barry Lynch, Michael Madeiros) who don’t want them to spoil their grow business.

Randel attempts some characterization with each of the kids, but the cast is so large and varied that there’s not really enough time to get much of a relationship between any of them except Green’s character Tyler, who is meant to be the underdog hero that saves the day after overcoming his fears. Still, Ticks is something of a tongue-in-cheek movie that’s not particularly focused on emotional pathos or development; its main intention is nasty tick action, and we do get that in spades.

The film’s title monsters are mostly practical and they have great creepy-crawly effect. The opening scenes give us gnarly larval goop; later on, the ticks truly get under the skin with an almost urban legend-esque approach that sees them burrowing into their hosts and either exploding outward or, in Ribiero’s unfortunate case, becoming one gigantic tick abomination in a Thing-inspired practical setpiece.

Ticks excels when it showcases its ooze and gore; when it goes in for character growth, it falls flatter and pads the running time. Even at 90 minutes, Randel’s direction feels a little long-winded despite its climactic cabin encounter. It’s also hard to get a read on the tonal intention: is this a comedic ode to the ’50s films, or a serious attempt at a contemporary version? The humor and drama goes back and forth, never landing on a particular decision.

Still, Ticks is fun enough as a schlocky creature feature with loads of familiar faces, some good practical effects, and lots of creepy-crawly events. It’s not the best of the killer animal revival, but one gets the feeling it was never aspiring to be either.

Vinegar Syndrome has released Ticks on 4K UHD with a new 4K scan of the interpositive. The film had previously gotten a Blu-ray release back in 2013 from Olive Films which has long since been out-of-print. Here, Vinegar Syndrome’s transfer is miles better than the past offering with an overall large step up in facial detail and clothing texture, as well as strong depth of field. The interpositive appears to be in great shape, and there are only a few instances of noticeably stronger grain; for the most part, the grain is medium-bodied and not obstructive. The HDR is not particularly overt due to the film’s lack of pronounced coloration and lighting, but darker scenes do benefit from the deeper blacks. Also of note is the fact that this interpositive restores a few additional minutes of never-before-seen footage that had apparently been lost in previous releases; those that have enjoyed Ticks in the past may note the added scenes. Overall, this is a strong offering that is clearly superior to the previous Blu-ray release.

The lone audio track on the UHD disc is a DTS-HD MA 2.0 stereo option, which sounds strong with clear dialogue, consistent volume, and good use of Foley effects for the squishy, squirmy tick elements. English subtitles are also included. On the Blu-ray disc, there is also a Dolby Digital 2.0 track. It is interesting that Vinegar Syndrome did not opt for a new Dolby Atmos track as most new 4K restorations tend to offer, though it’s probably overkill for the film.

Extra features are included on the Blu-ray disc, except for the audio commentaries (including a previously released one with Clint Howard & Tony Randel and a new one with special effects supervisor Doug Beswick and stop-motion animator Yancy Calzada) which appear on both. The limited number of extras may seem disappointing until one notices that the making-of featurette “Under the Skin” is a three-part offering documenting the entire production and involving a number of cast and crew members. The whole thing runs nearly 40 minutes.

Ticks has been unavailable on Blu-ray for quite some time, so Vinegar Syndrome’s new 4K UHD release gets an obvious recommendation for those that enjoy Tony Randel’s camp-out campfest. Strong audio and video and a solid list of extras, along with excellent packaging, make this release one of Vinegar Syndrome’s best of the year. 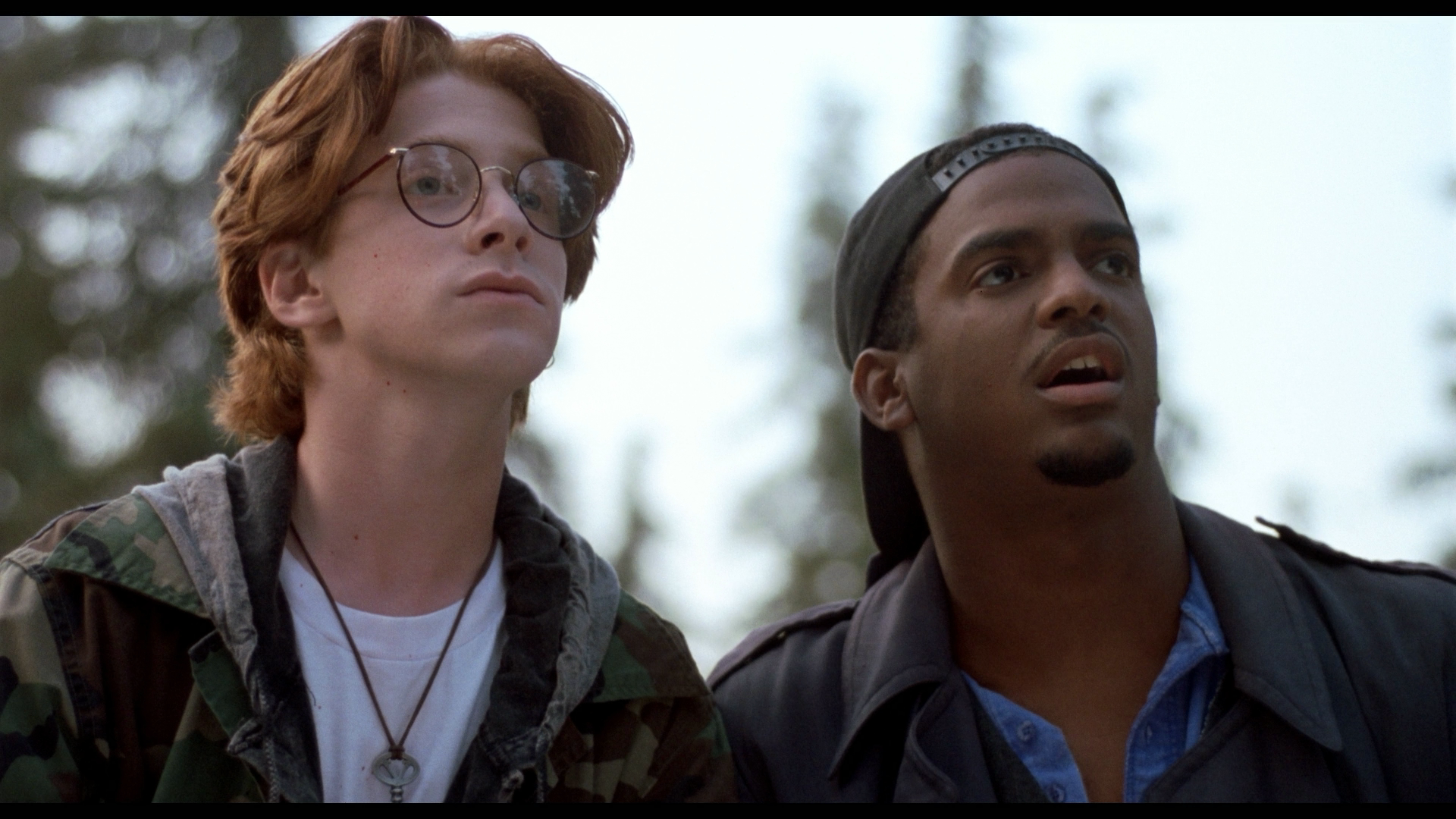 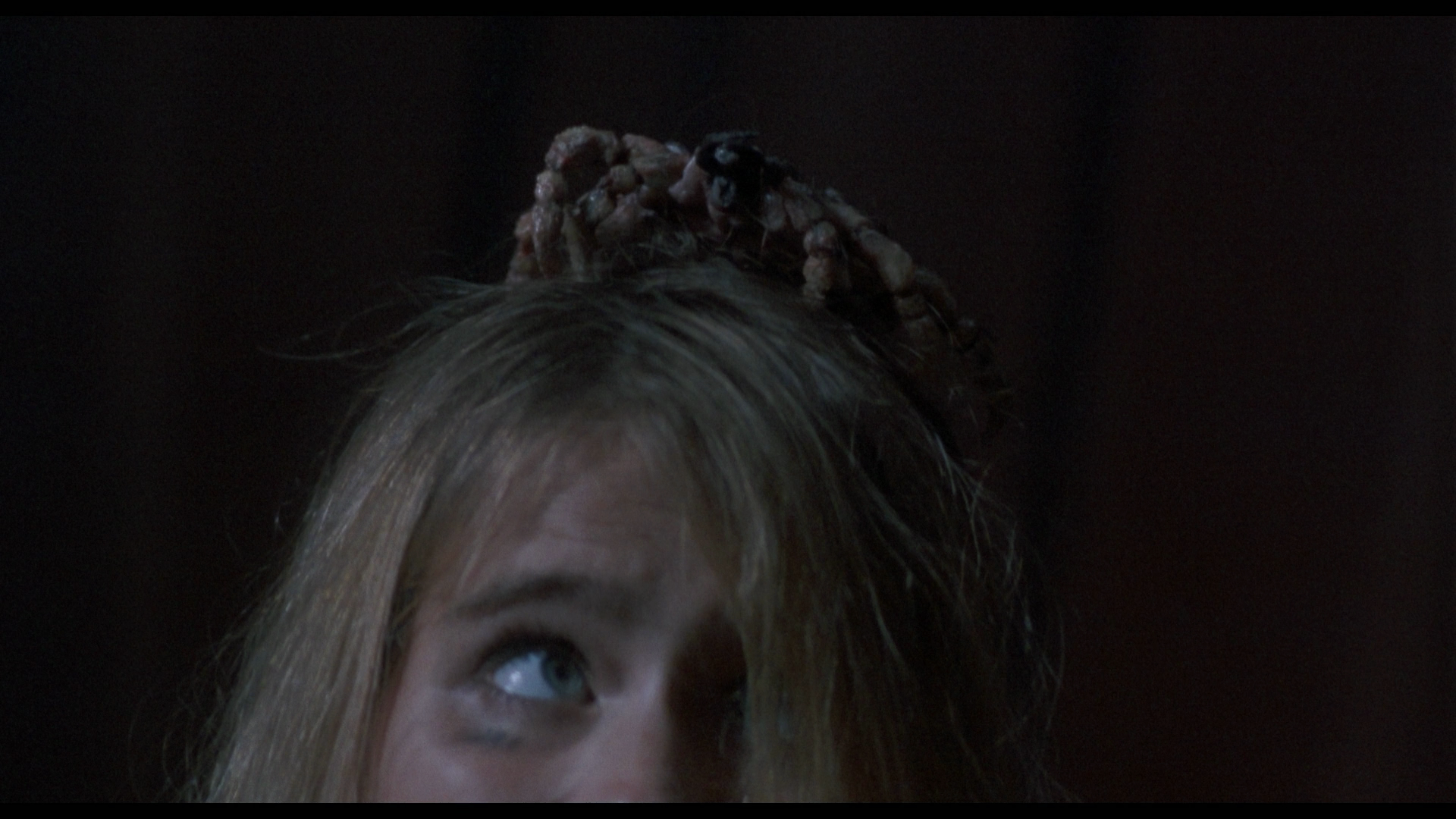 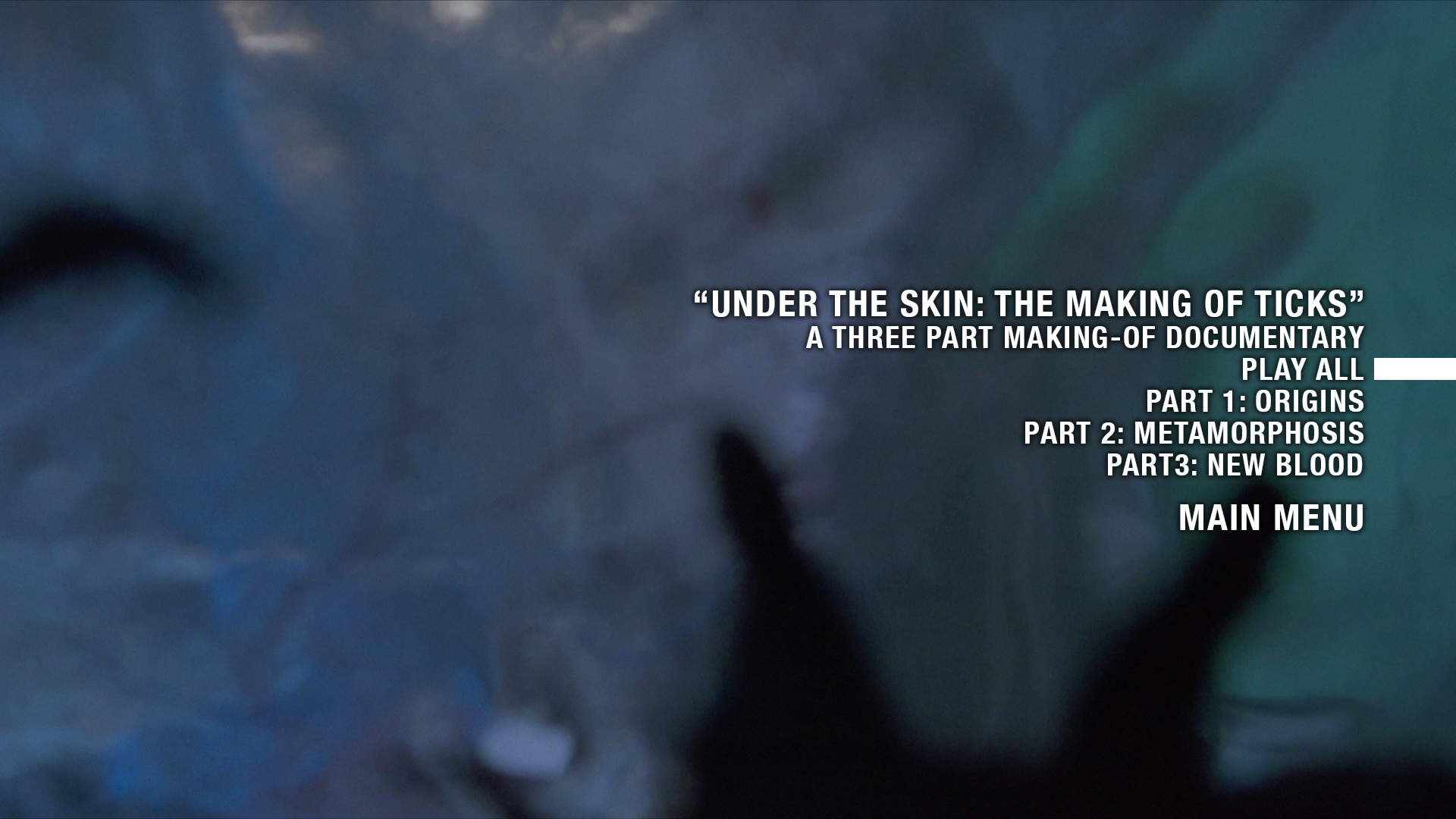 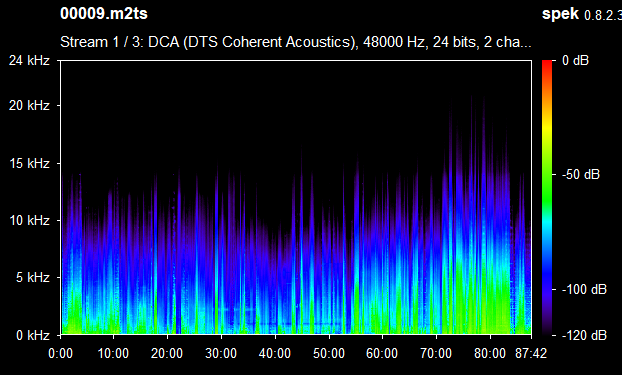 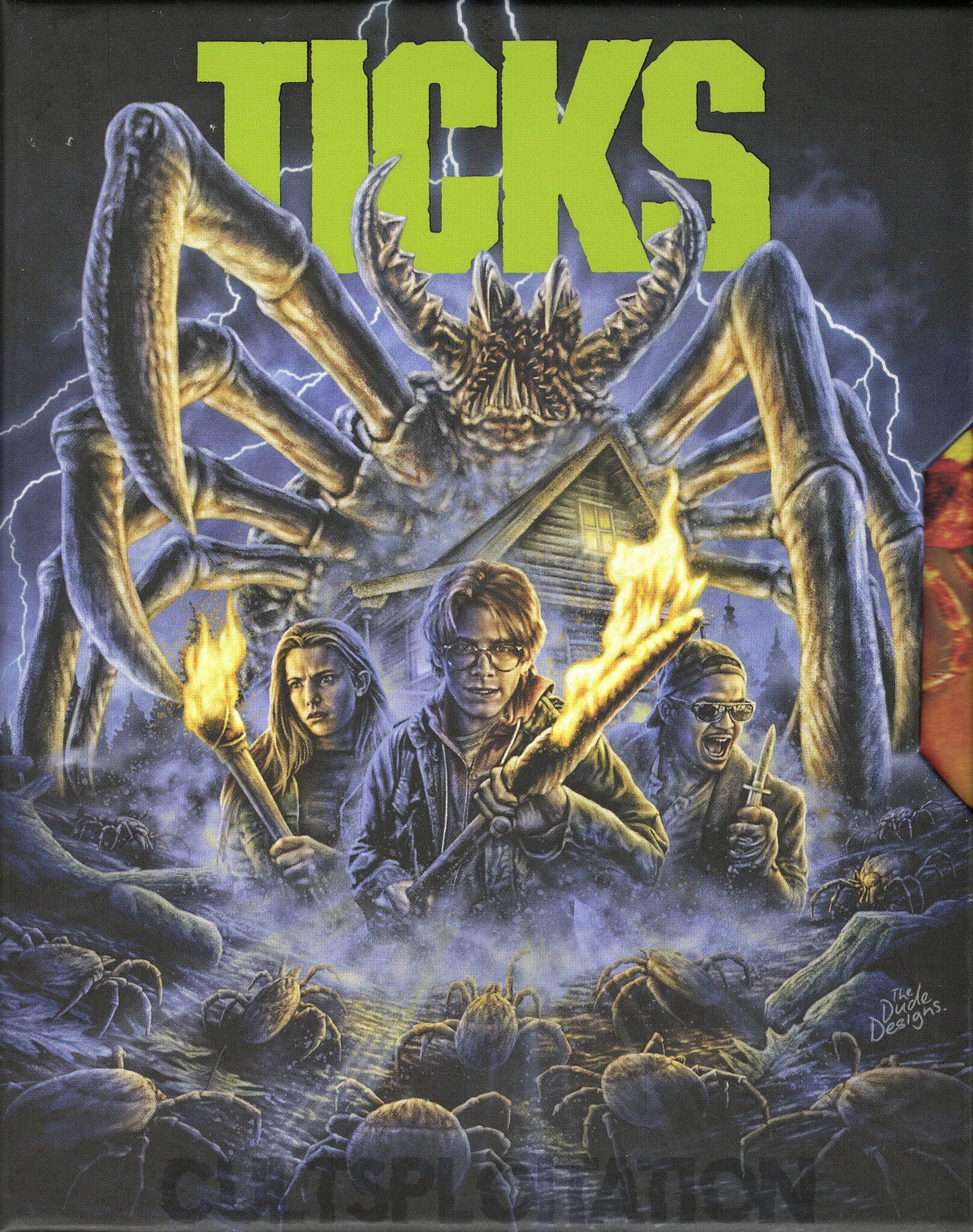 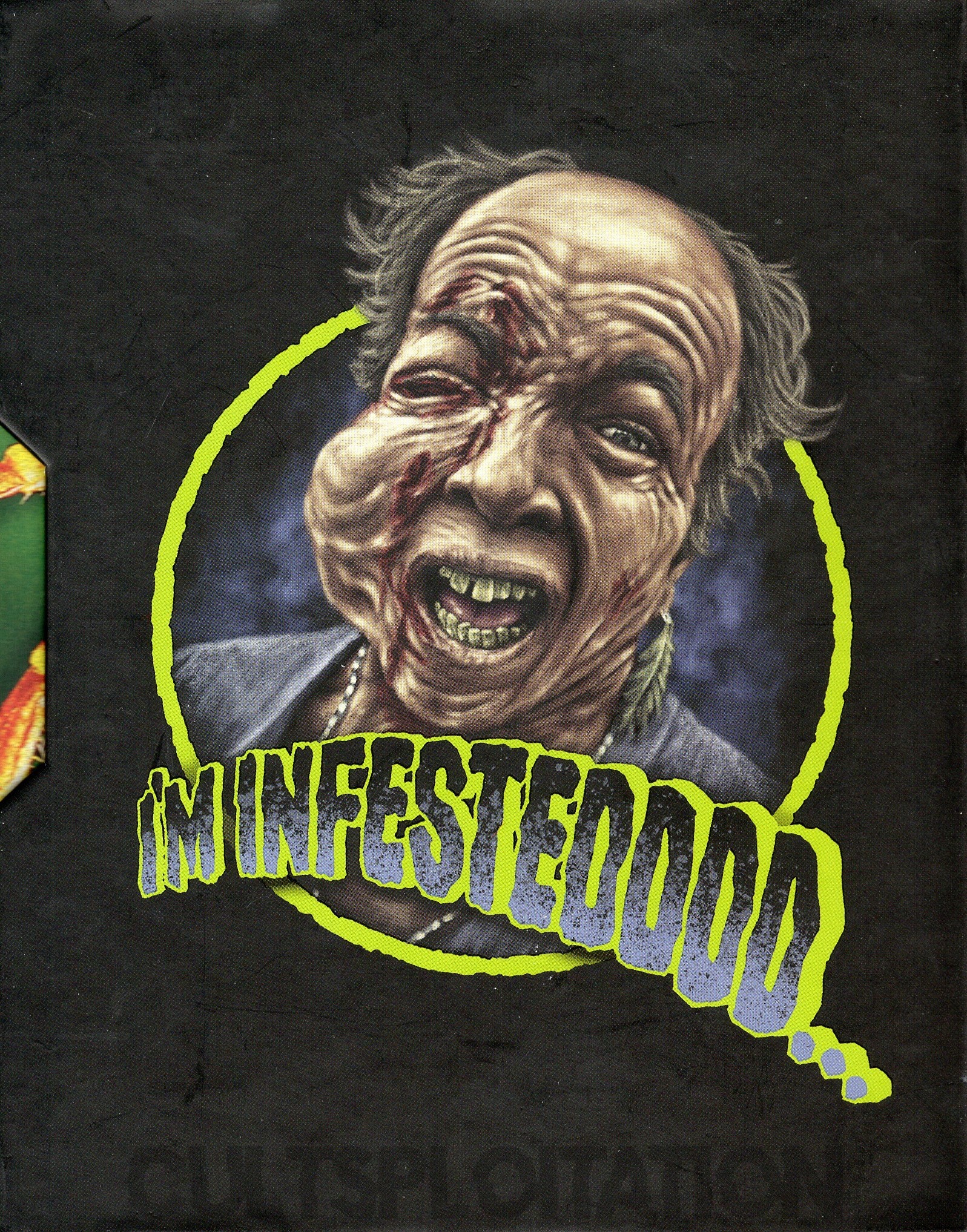 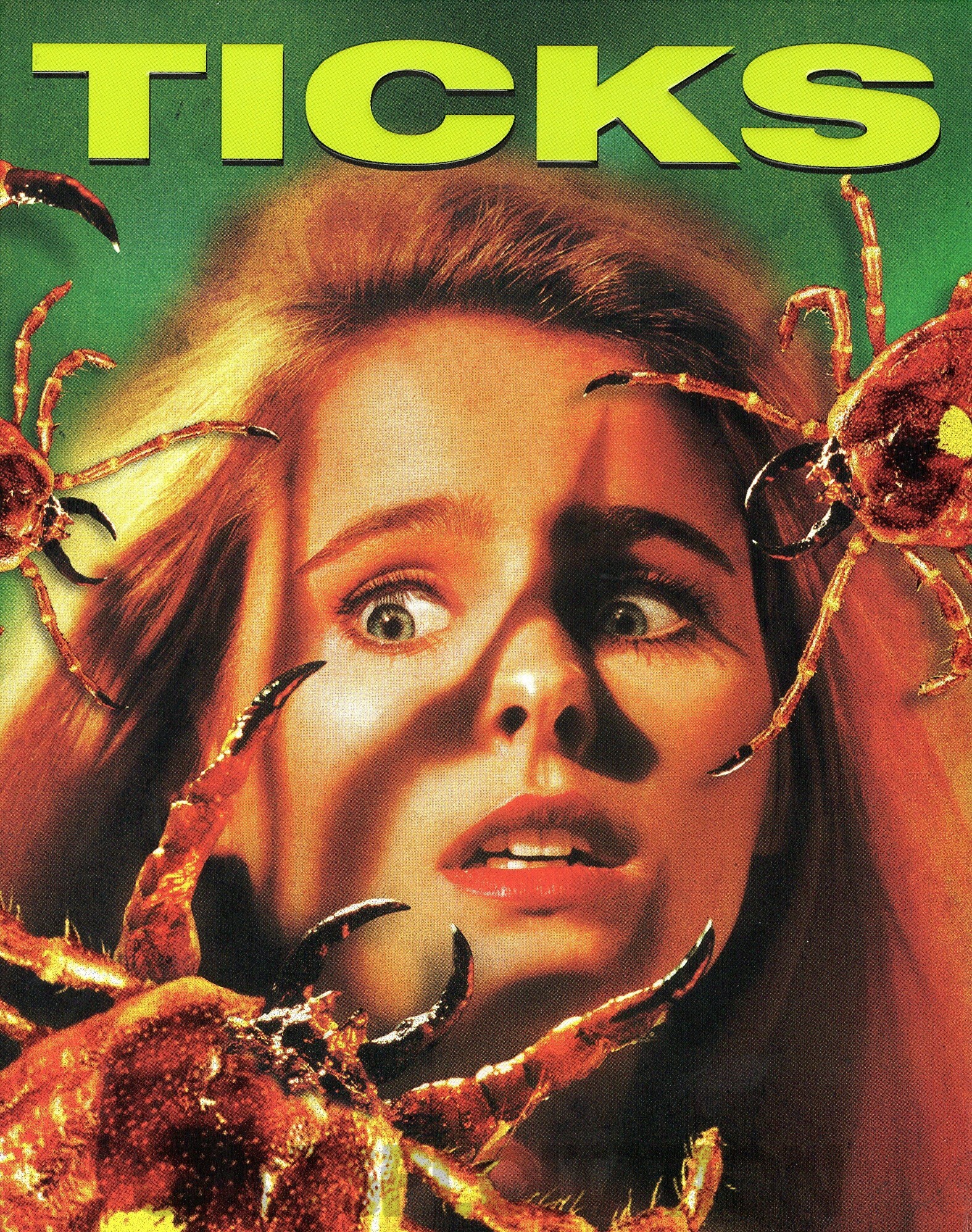 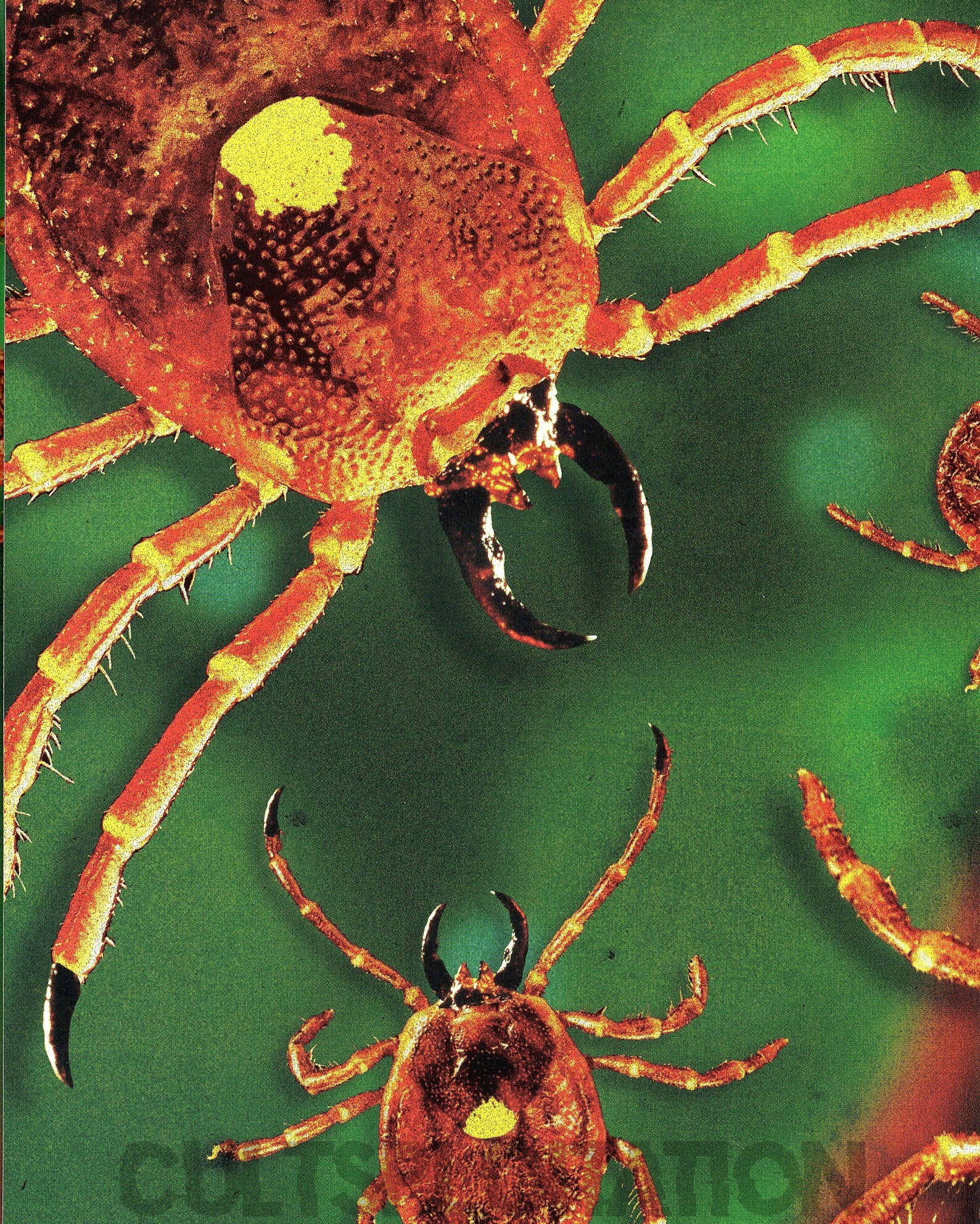 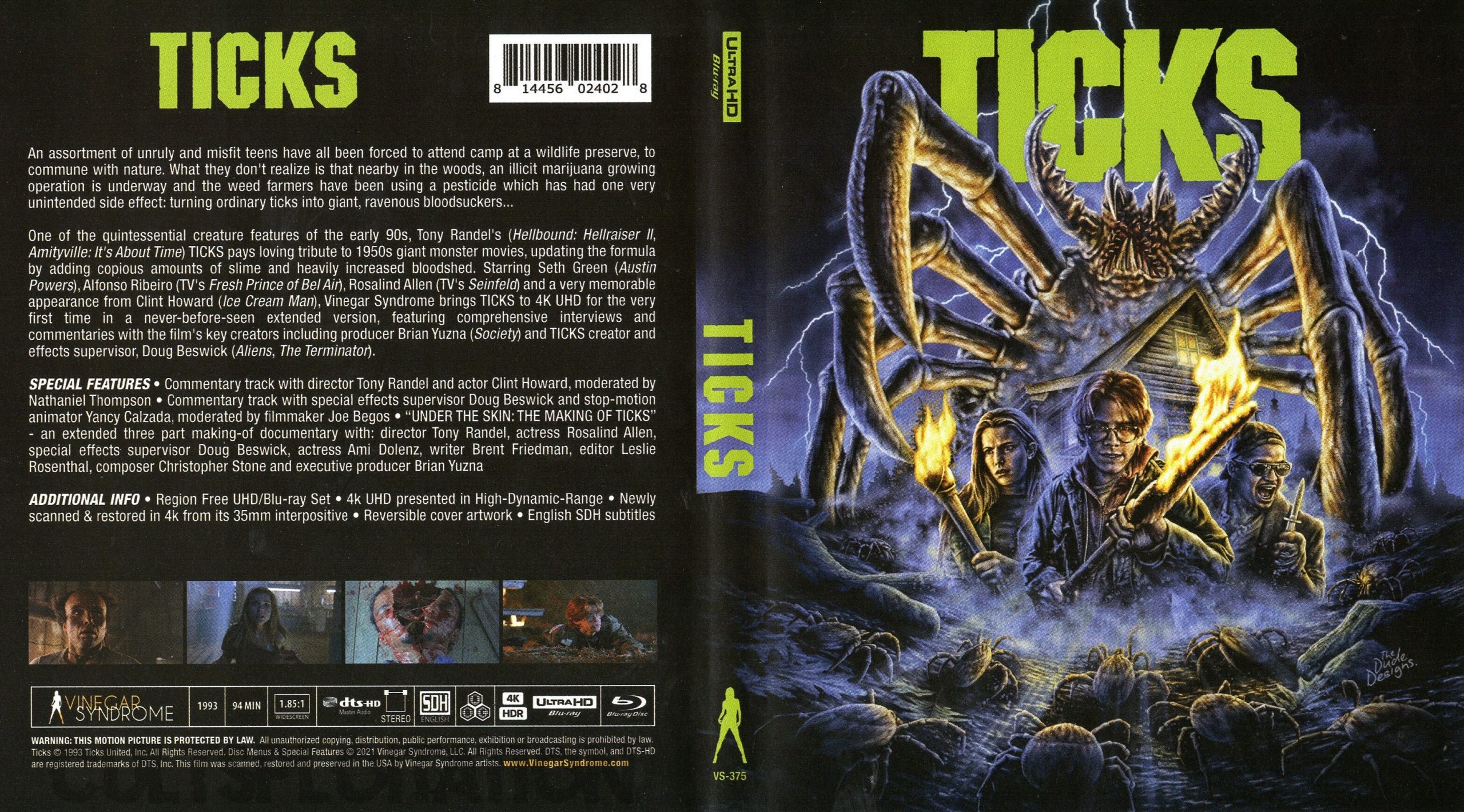 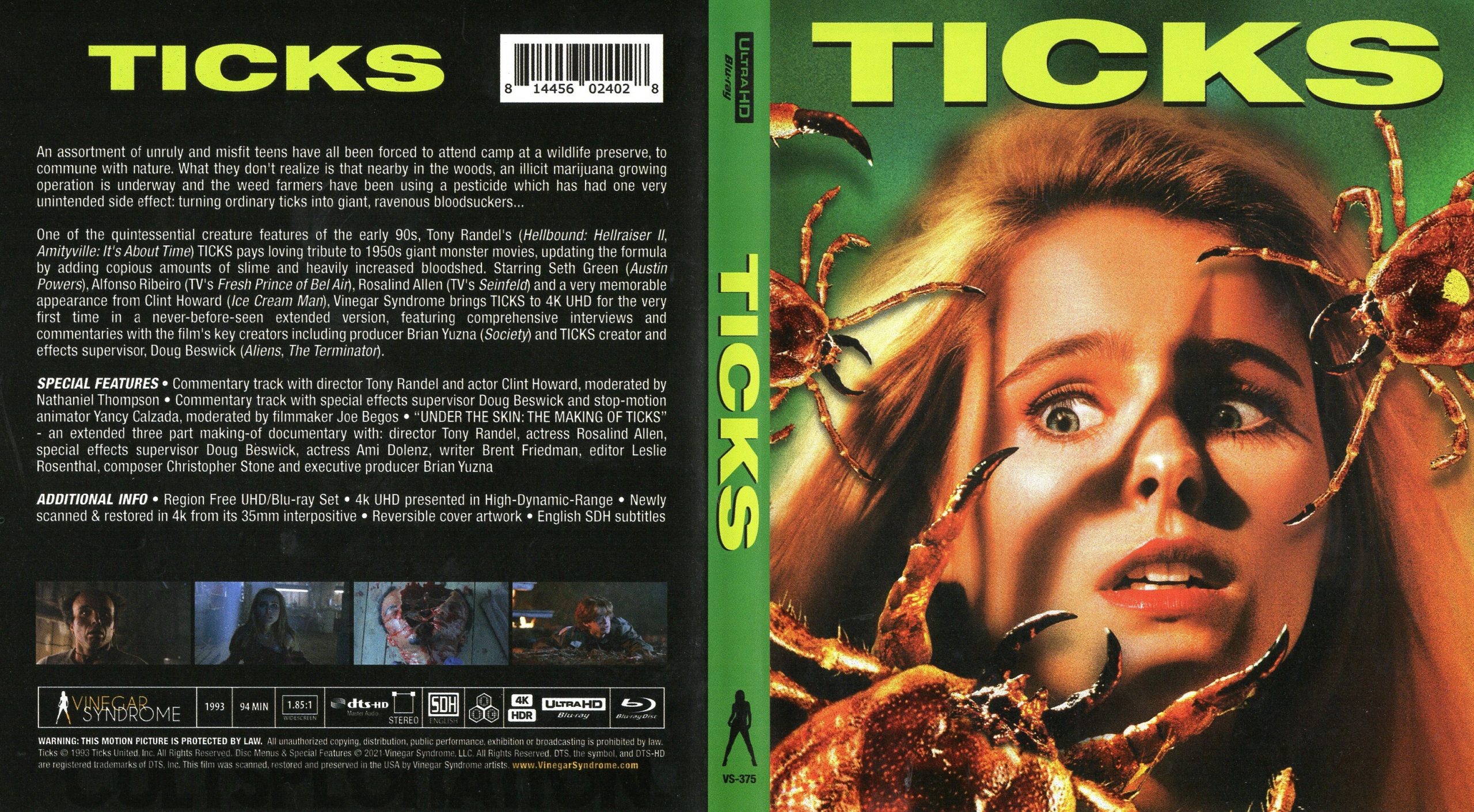 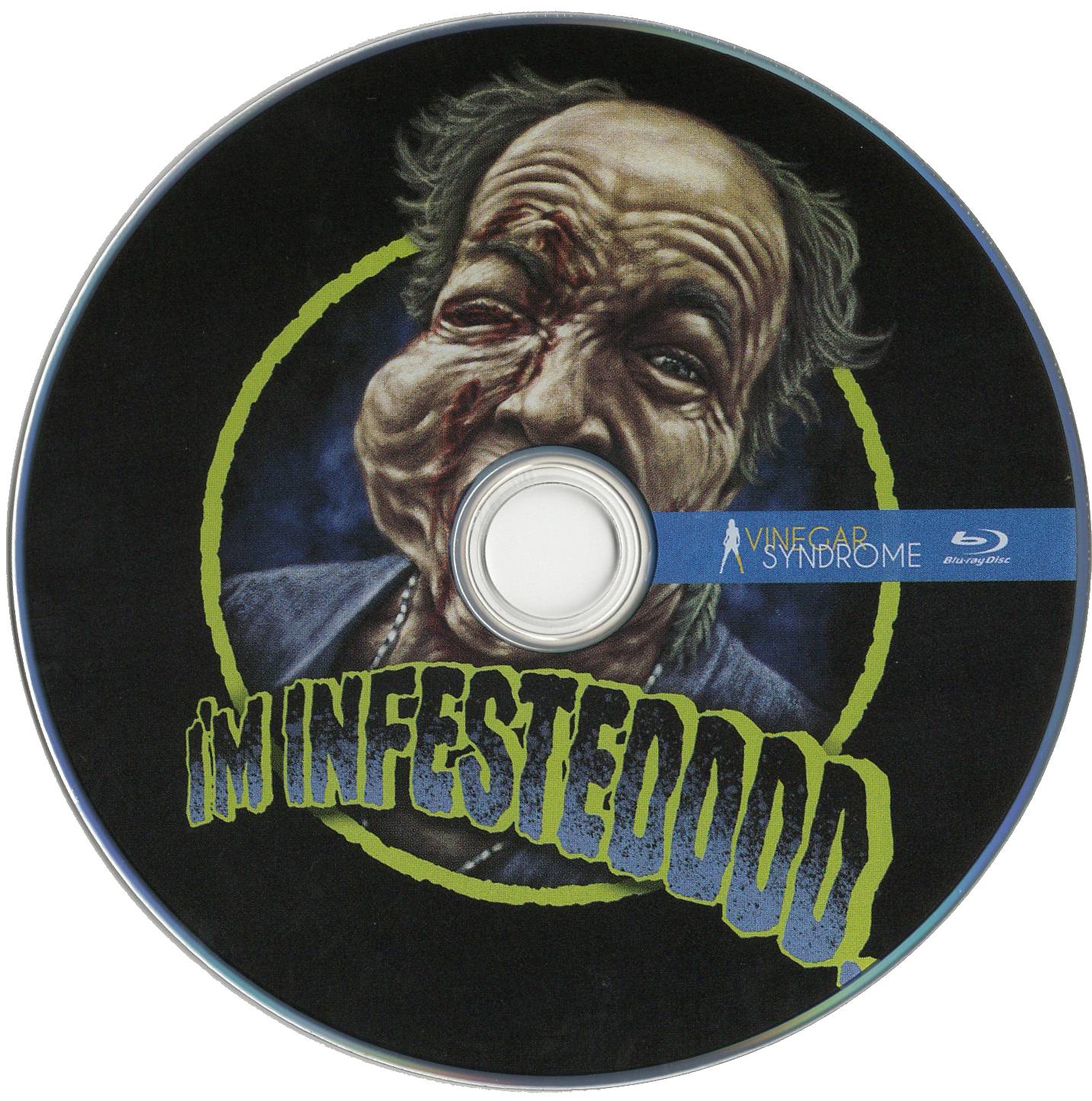