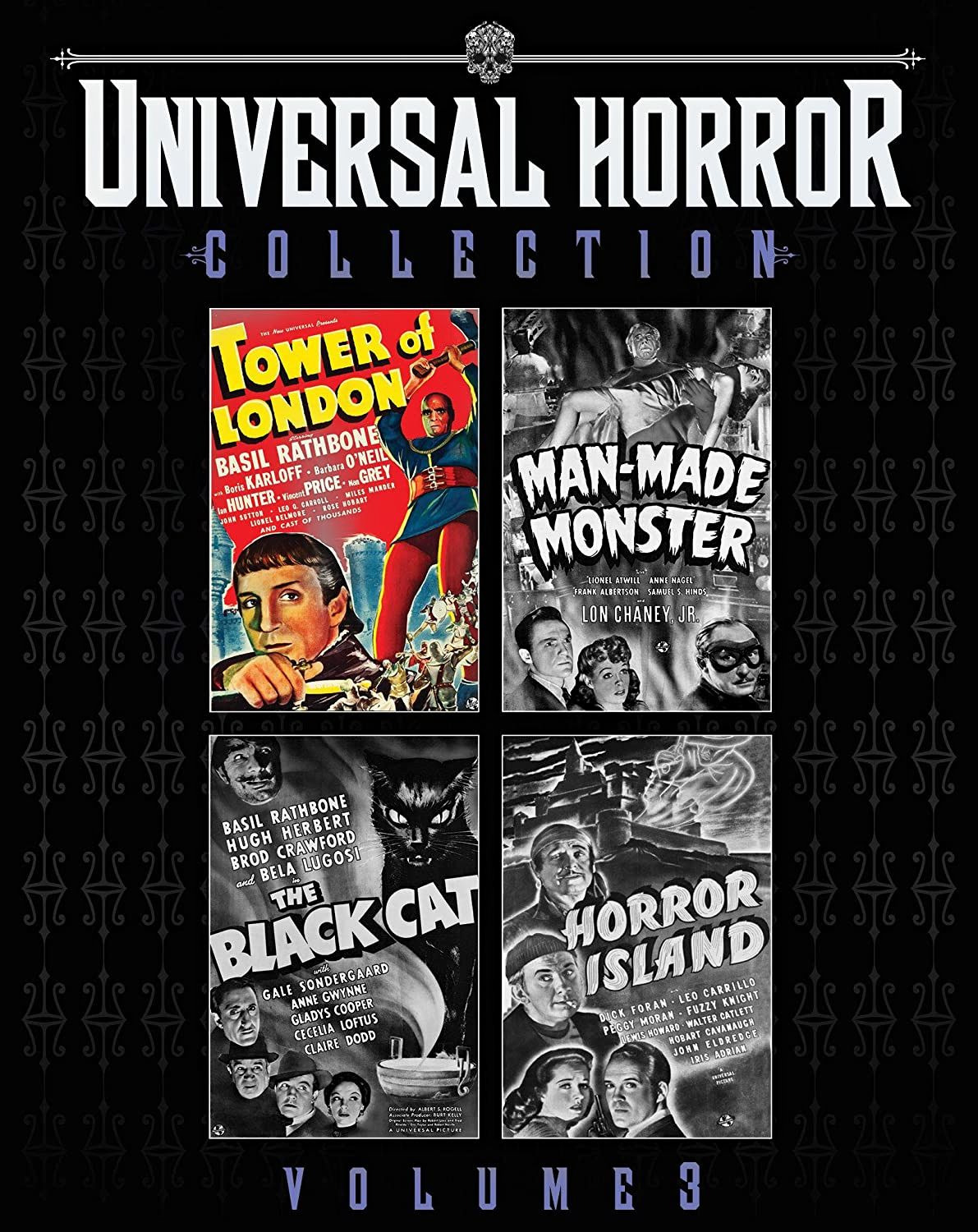 This is part of Scream Factory’s Universal Horror Collection Volume 3 Blu-ray. When all films have been reviewed, we’ll post a recap review encompassing all discs.

Tower of London is included in this Universal Horror Collection and was probably horrific to its contemporary audience back in 1939, but its primary genre for current viewers would mostly be historical drama. While it has a host of horror players – including a beefy-looking Boris Karloff and Vincent Price in an early role where even his voice hasn’t grown in – the story revolves around the ascent of Richard III (Basil Rathbone) to the crown in England as he treats the majority of the people around him like chess pawns and obstacles in his way. Along the way he’s forced to knock off the the Duke of Clarence (Price) in a drinking contest, hasten his own brother Edward IV’s (Ian Hunter) demise, and then murder Edward’s children, the rightful heirs to the throne – of course using Karloff’s executioner character Mord as his lethal henchman.

While director Rowland V. Lee sticks mainly to the historical side of things in this portrayal of Richard III’s rise to the throne, he still incorporates some thrills thanks to Karloff’s excellent acting. Mord is truly a menacing character, one made even more realistic with Karloff’s assumed limp. Mord adds the needed tension to Tower of London that would otherwise make this a very dry movie. Rathbone is quite good as the menacingly understated Richard III, but he alone couldn’t carry the movie’s subject matter. Instead, Lee partitions the flatter moments of kingly drama with outrageous sequences, like Price and Rathbone drinking each other to death with flagon after flagon of wine or a nice, tense beheading. While some viewers might still find Tower of London‘s pacing to be too slow, the historical element is detailed in a way that should appeal to fans of the structure of contemporary television shows like Game of Thrones.

Tower of London isn’t much of a horror film, but its historic portrayal of Richard III and the devious deeds he committed should thrill classic film fans. Rathbone and Karloff are at the top of their game here, and Price puts in a good turn too. The film’s surprisingly bleak, too – a grim reminder that the life of a king isn’t all debauchery and riches.

CHECK OUT
Screenshots from all the films in this collection.

Tower of London is the first film in Scream Factory’s Universal Horror Collection Volume 3, and it gets the best treatment of the four movies with a new 2k scan of a fine grain print. The overall video quality is fairly good, though the 2k scan doesn’t do a lot to make a noticeable difference from a regular HD scan of the other movies in this collection. There’s still the occasional blemish and a few softer-focus shots, but overall depth is good and grain is consistent, if at times a bit on the chunkier side with some possible spots of compression (more noticeable in the screenshots than during movement).

Audio is a DTS-HD MA 2.0 mono track that has consistent dialogue volume without noticeable flaw. English subtitles are also included in yellow font.

Besides the new 2k scan, this disc also features a new audio commentary with film historian Steve Haberman. An image gallery is the sole other feature.