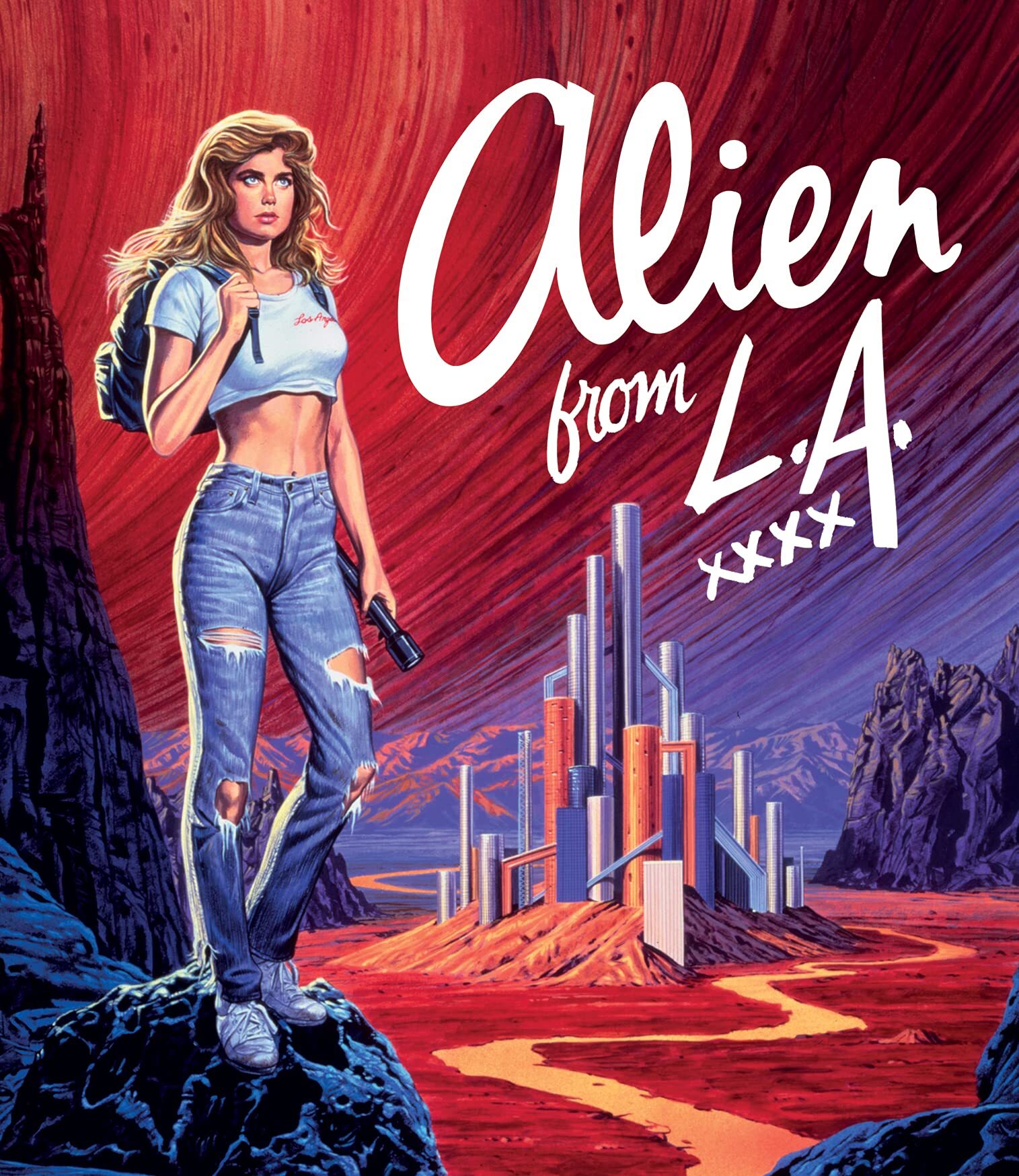 You might know director Albert Pyun from sci-fi action films like Nemesis and Cyborg, but did you know that before those films he worked on… a young adult fantasy film starring Kathy Ireland? 1988’s Alien from L.A. stars Ireland as the shrill-voiced Wanda Saknussemm, a woman living in L.A. with her aunt who finds out her father has disappeared into a giant hole in the ground in Africa after searching for the lost city of Atlantis. In Alien from L.A.‘s reality, Atlantis is not a city under the sea but an underground dwelling full of trolls and miners who basically look like humans except they have a much different fashion sense. Wanda follows her father into the giant hole in the ground and is targeted by the Atlantean government because they fear she might bring their existence back to the surface dwellers. Thus – Wanda is the alien!

Alien from L.A. has a mystical quality to it that puts it directly in the realm of similar movies with subterranean subject matter such as The Goonies or Little Monsters, though its world-building isn’t as effective. Part of that is due to the too-familiar looks of its cast – despite some unique character-specific designs, there’s not a lot here that distinguishes the Atlanteans from humans besides some makeup and a repetitive reference to Wanda as “big-boned” (some innunedo perhaps?). However, when the film leans into its setting – the mechanized, somewhat industrial cityscape – Alien from L.A. sets itself apart, and Pyun often uses the locales to his advantage during multiple chase sequences that explore the nuances of living underground, particularly that these citizens tend to live vertically rather than horizontally.

Ireland leads the charge with charm that borders just on the edge of annoyance. Her squeaky vocal delivery is intentional, but it does also begin to grate on the nerves, especially since Wanda’s naivete is almost too much of a stretch to believe. Despite that, Alien from L.A. is above all else a coming-of-age story in which Wanda finds her own way into womanhood, meant as a metaphorical journey as she comes to terms with her father’s absence from her life and understands her own power; the film’s conclusion does negate some of the minor aggravations from Wanda’s character, though some viewers may find it hard to make it through the whole film.

While it lacks the polish and wit of the aforementioned cult adventure films from the ’80s, there is certainly a nostalgic allure to Alien from L.A. Its poppy upbeat-ness and distinctive time period flavor will appeal to that demographic as well as those that may have caught this when it made the rounds on Mystery Science Theater 3000 back in the day. Is it a good movie? Not exactly. But its blend of romance, Wells-ian science fiction, and overall pep should find hold of some first-time viewers, as will Ireland’s overwhelmingly attractive good looks. Just don’t expect a story you haven’t seen done better previously.

Vinegar Syndrome releases Alien from L.A. on Blu-ray with a new 2K scan of the film’s interpositive which fares very well. The movie is often quite foggy and dingy, but this transfer manages the elements without an obstructive grain presence aside from a few darker sequences in the subterranean world. Facial detail and clothing textures are well-defined, and color grading is consistent throughout except for a very brief fluctuation at the beginning during the credits sequence. Similarly, that opening credits sequence features the most damage in this transfer, with a lined display of a background cityscape. Also of note is a brief scene that features a red imprint on the film, which is relatively minor. Otherwise, this HD scan does Alien from L.A. major justice – almost too much, in fact, since the sets tend to look pretty cheaply made thanks to the new clarity this transfer provides.

Audio is presented with a DTS-HD MA 2.0 track that sounds clear and vibrant; dialogue levels are at a good volume and the score is mixed well. This film doesn’t have a particularly varied mix, but the 2.0 track does its job. There’s also a Dolby 2.0 track included as well, along with English subtitles.

Extras include a few new interviews with cast and crew. Albert Pyun provides a 14-minute interview about his work on the feature, and Thom Mathews also gives an 11-minute interview about playing Charmin’ in the film. Finally, there’s a very brief audio-only interview with actress Linda Kerridge, who played Roryis in the film (admittedly also a small role). Reversible cover artwork rounds out the packaging extras.

There may be a fairly small fanbase for Alien from L.A. but it is a moderately effective adventure film that makes some good use of its underworld world-building and Kathy Ireland as eye candy. Vinegar Syndrome has done a good job restoring this with a new 2K scan that shows some minor issues but ultimately should be the only presentation one will need for this movie. A good bit of new extras add additional content for aficionados looking for more information about the film’s production. 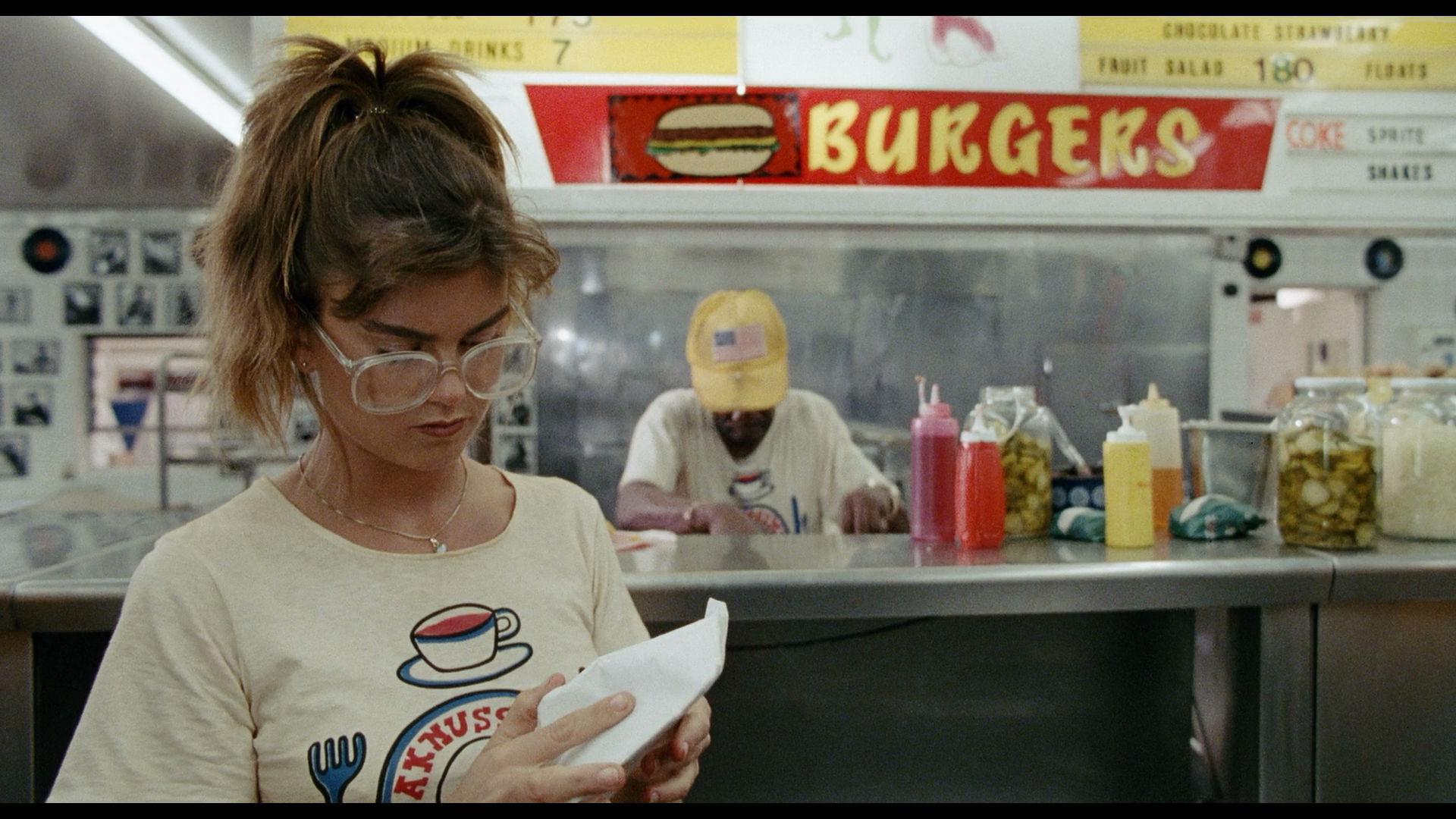 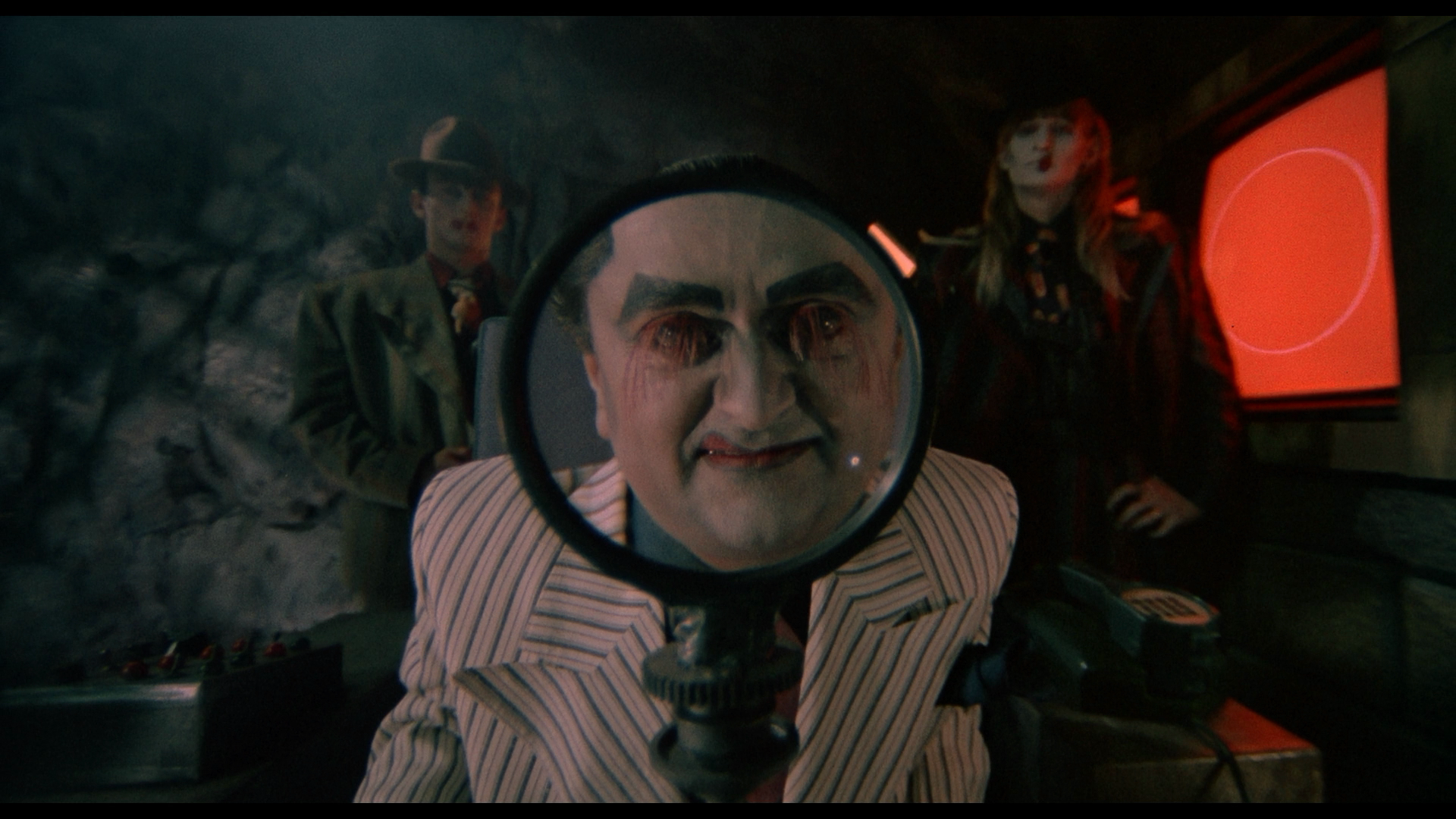 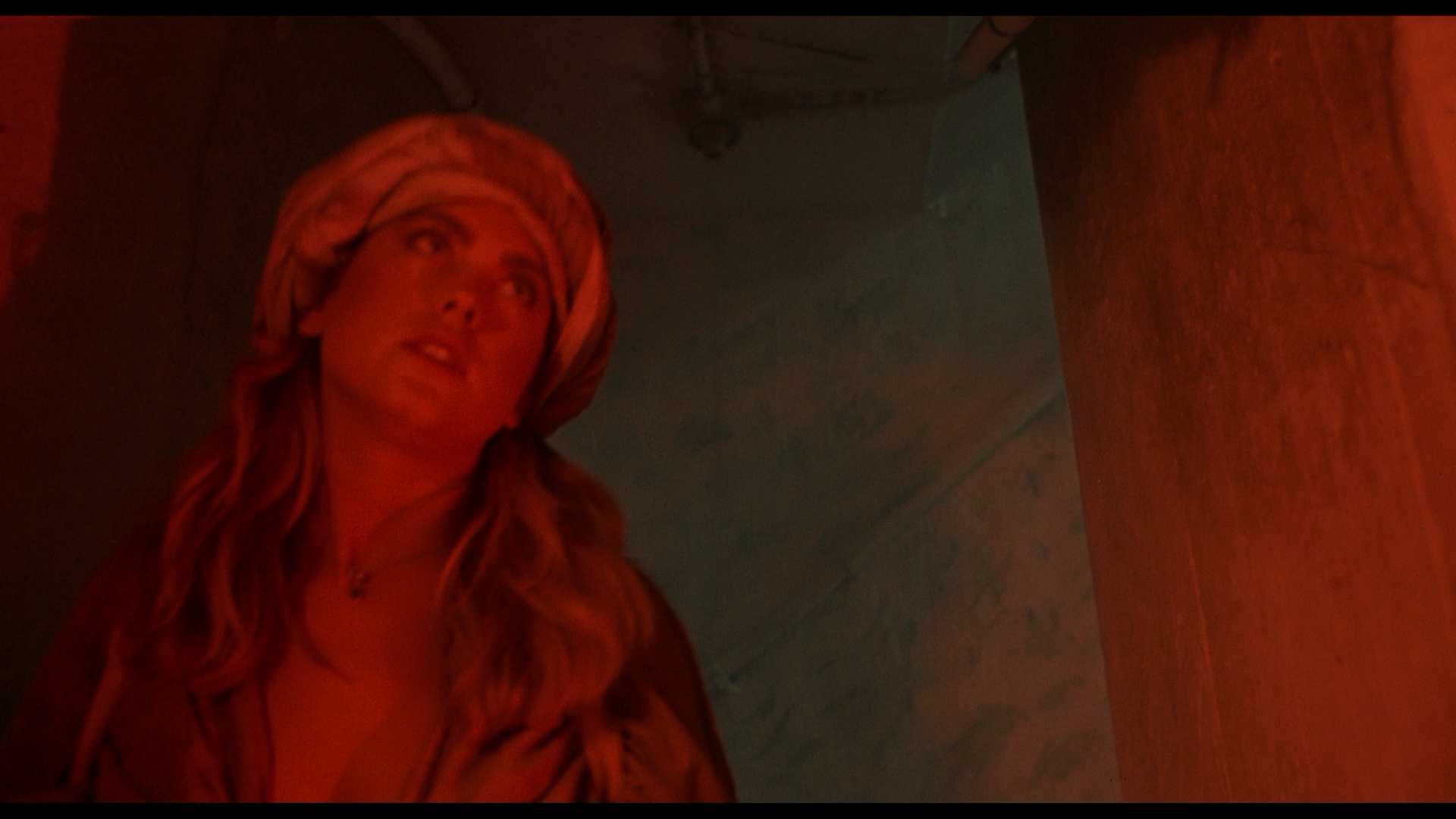 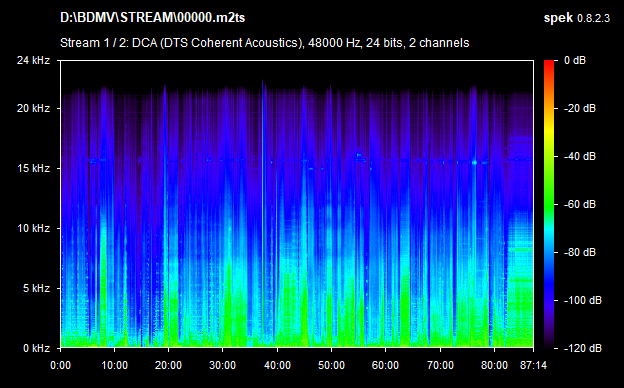 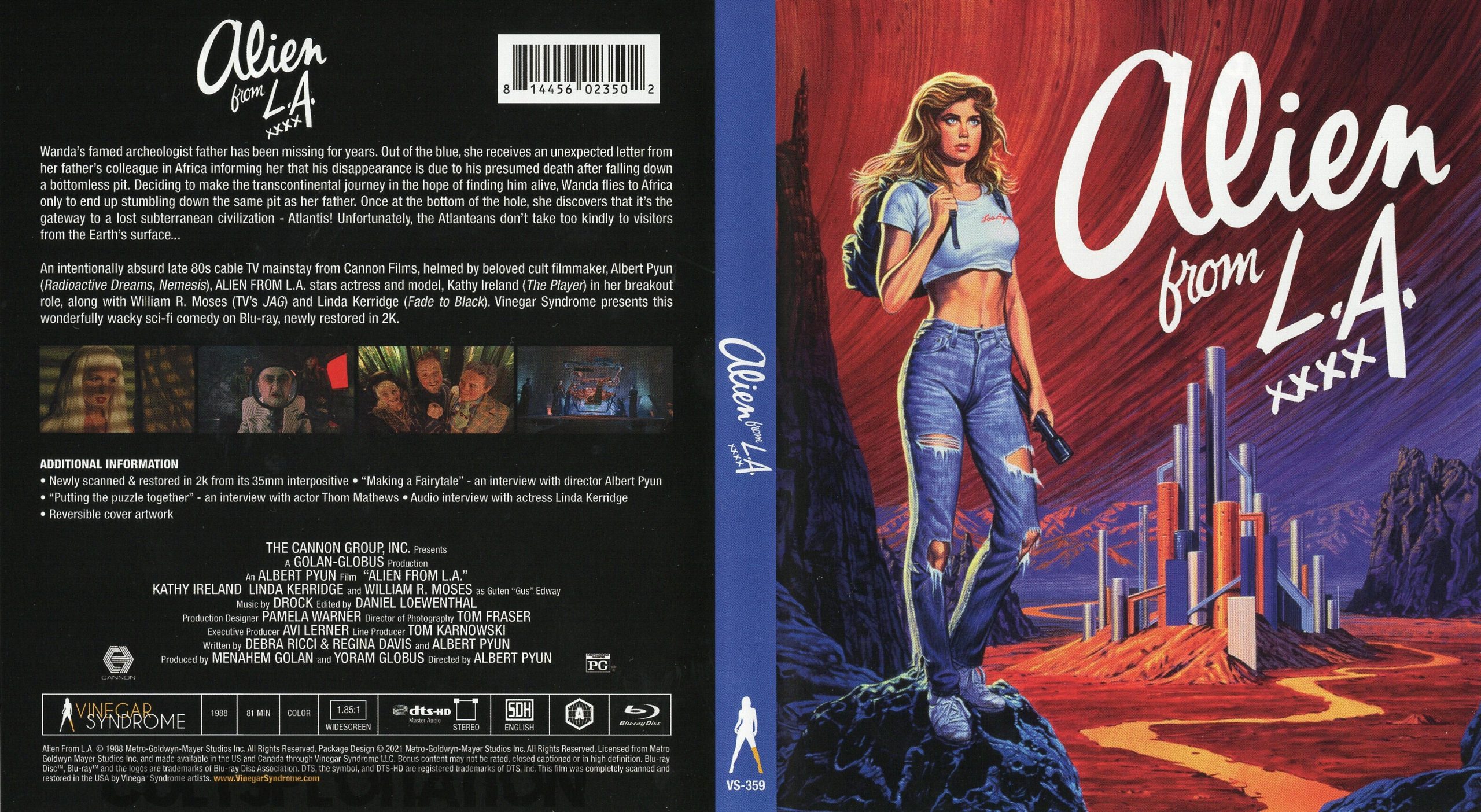 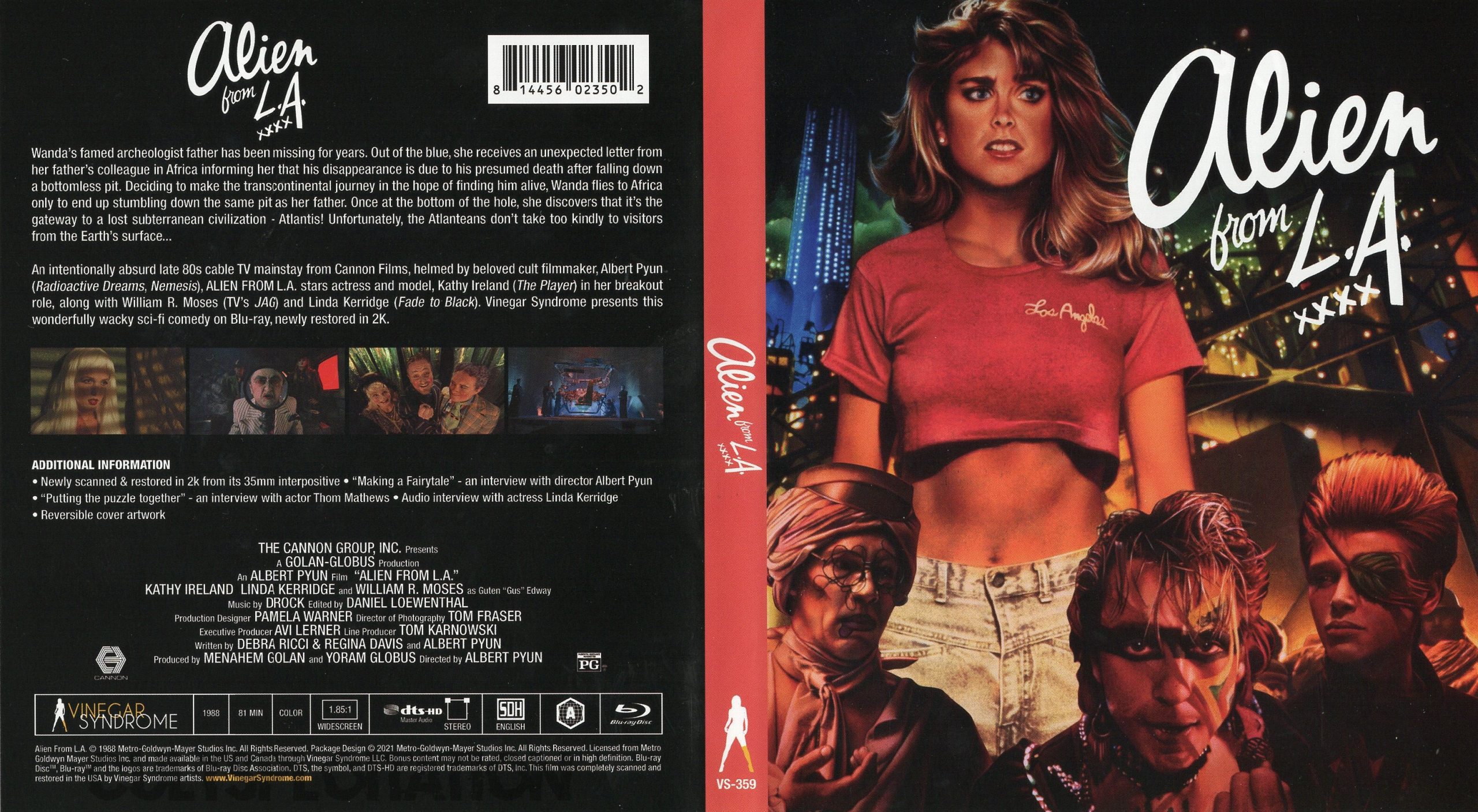 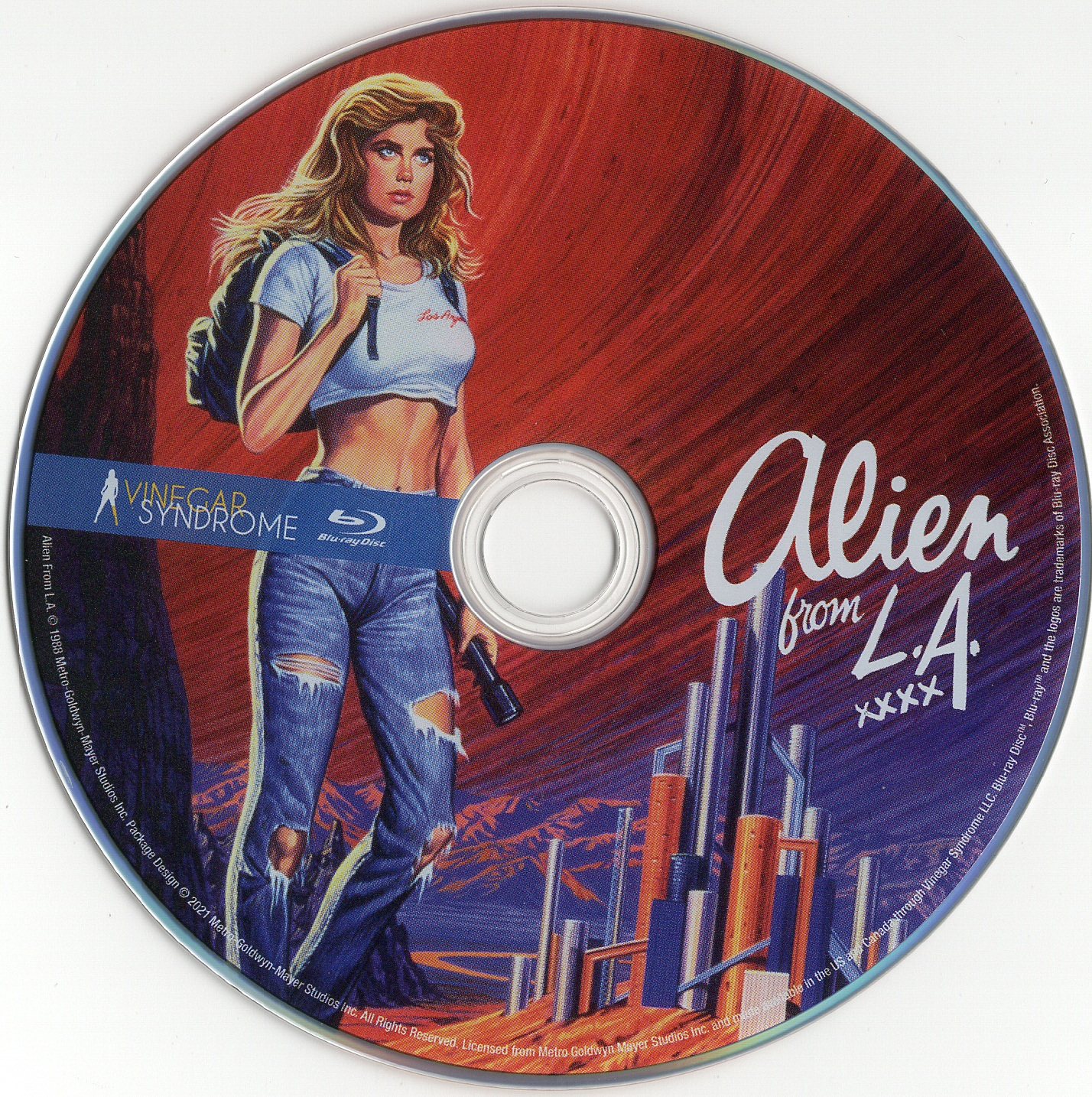