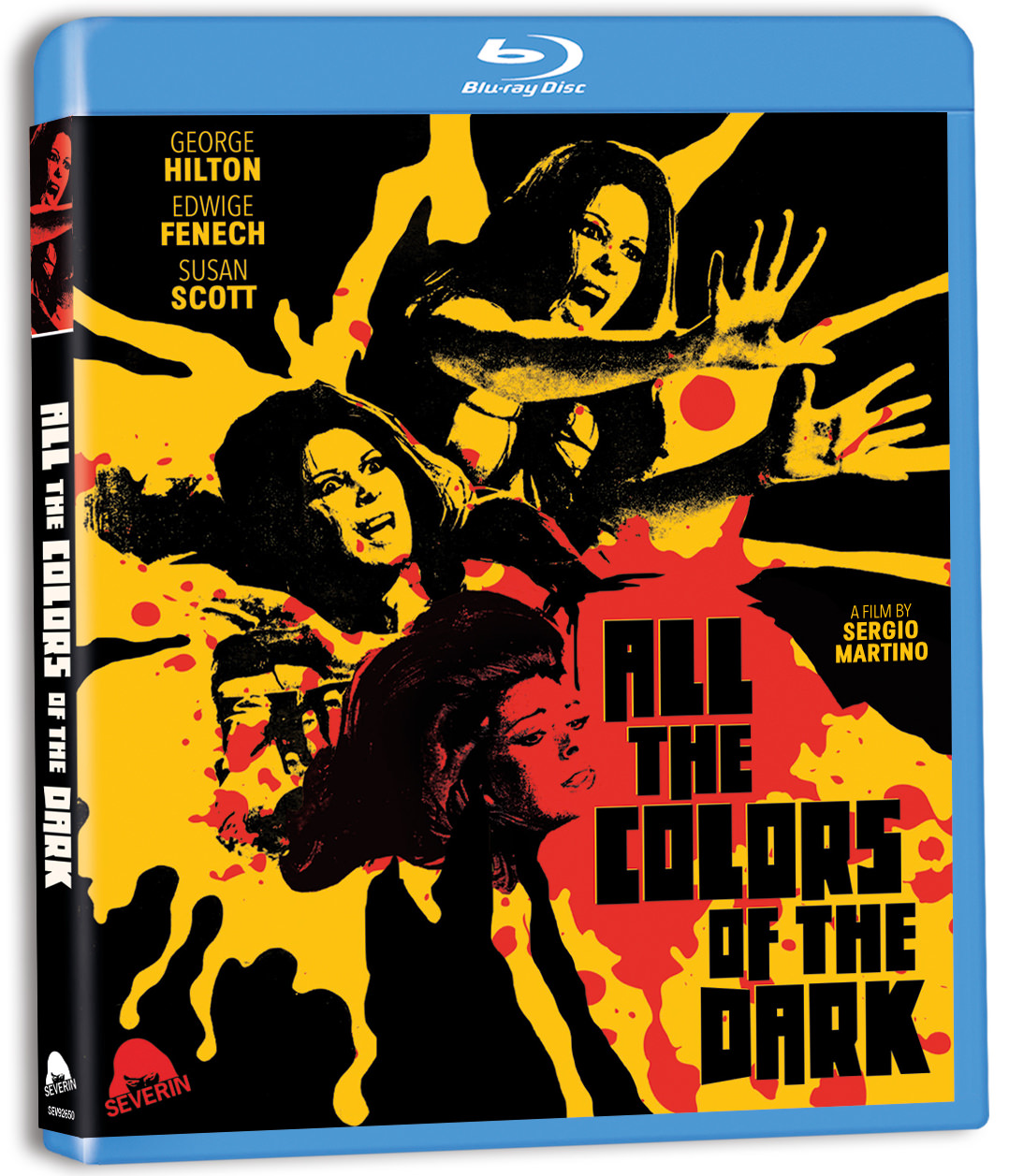 All the Colors of the Dark Blu-ray Review (Severin Films)

Lots of colors, kind of boring.

All the Colors of the Dark looks like the type of movie I would love; it has a bunch of sultry actresses, Italian vibes out the wazoo, a funky soundtrack, and Satanic Cults. Alas, it may sound stupendous, but it’s all rather dull.

In a movie that would make Tom Cruise jealous, Edwige Fenech spends an insane amount of time running around and looking scared. A blue-eyed man (Ivan Rassimov) is chasing her, and she feels that the only way to get rid of him is by joining a Satanic Cult and getting gang banged. Maybe this is all in her head, as she was in a car accident with her live-in lover (George Hilton) and had a miscarriage. Or is the old psychiatrist that her hot sister (Nieves Navarro) works for behind all of this? Either way, it’s all rather tiresome and doesn’t go anywhere fun. Hey, at least Edwige Fenech gets nude the right amount of times, and Bruno Nicolai produces a wacky, excellent soundtrack (Severin Films was very kind in including the CD soundtrack with the Blu-ray).

I wanted to enjoy All the Colors of the Dark. It’s got all the staples of a fun Italian Giallo. The sexy Edwige Fenech, the also sexy Nieves Navarro, and the also, also sexy Marina Malfatti to name a few things. Others include interesting British locales, the Nicolai soundtrack as mentioned earlier, and of course Sergio Martino behind the camera directing. Nevertheless, the film meanders on and on, with Edwige Fenech running around and around. The weird Satanic Cult scenes are interesting, and unsettling to look at, but those are few and far between. Also, the film doesn’t bother to explain much of anything. The cult, Edwige Fenech’s psychic episodes, the weird boyfriend, an inheritance, and the naked pregnant lady are one of many things that confused the shit out of me. Confused me, and bored me.

Anywho, I’m not an expert, so what do I know? Severin Films knows there are plenty of fans out there, so they went all out with this Blu-ray release. They’ve gone ahead and produced a solid transfer from a 4K scan of the original negative. The results are fantastic. Audio is provided in both English and Italian DTS-HD Master Audio 2.0. English subtitles are included. Extra features include an audio commentary with Kat Ellinger, author of All the Colors of Sergio Martino; the alternate US cut They’re Coming to Get You, which runs roughly 7 minutes shorter, and the transfer is rougher-looking than the Italian main feature. Also provided is a very informative 40-minute interview with Sergio Martino titled “Color My Nightmare,” an 18-minute interview with screenwriter Ernesto Gastaldi, a 32-minute interview with both actor George Hilton and Italian horror expert Antonio Tentori, and finally 3 minutes worth of trailers. There is a lot of bonus stuff to go through for fans of the flick.

It’s unfortunate I found All the Colors of the Dark to be boring, but for the fans, Severin Films has knocked this Blu-ray out of the park with a solid package, tons of features, and a bonus CD. Recommended!

Severin Films hits a home run for All the Colors of the Dark. Shame the movie is boring.
Film
Blu-ray
Reader Rating1 Vote
4
Buy
Amazon
Hosting screenshots is expensive. If you want to see more galleries, consider donating!