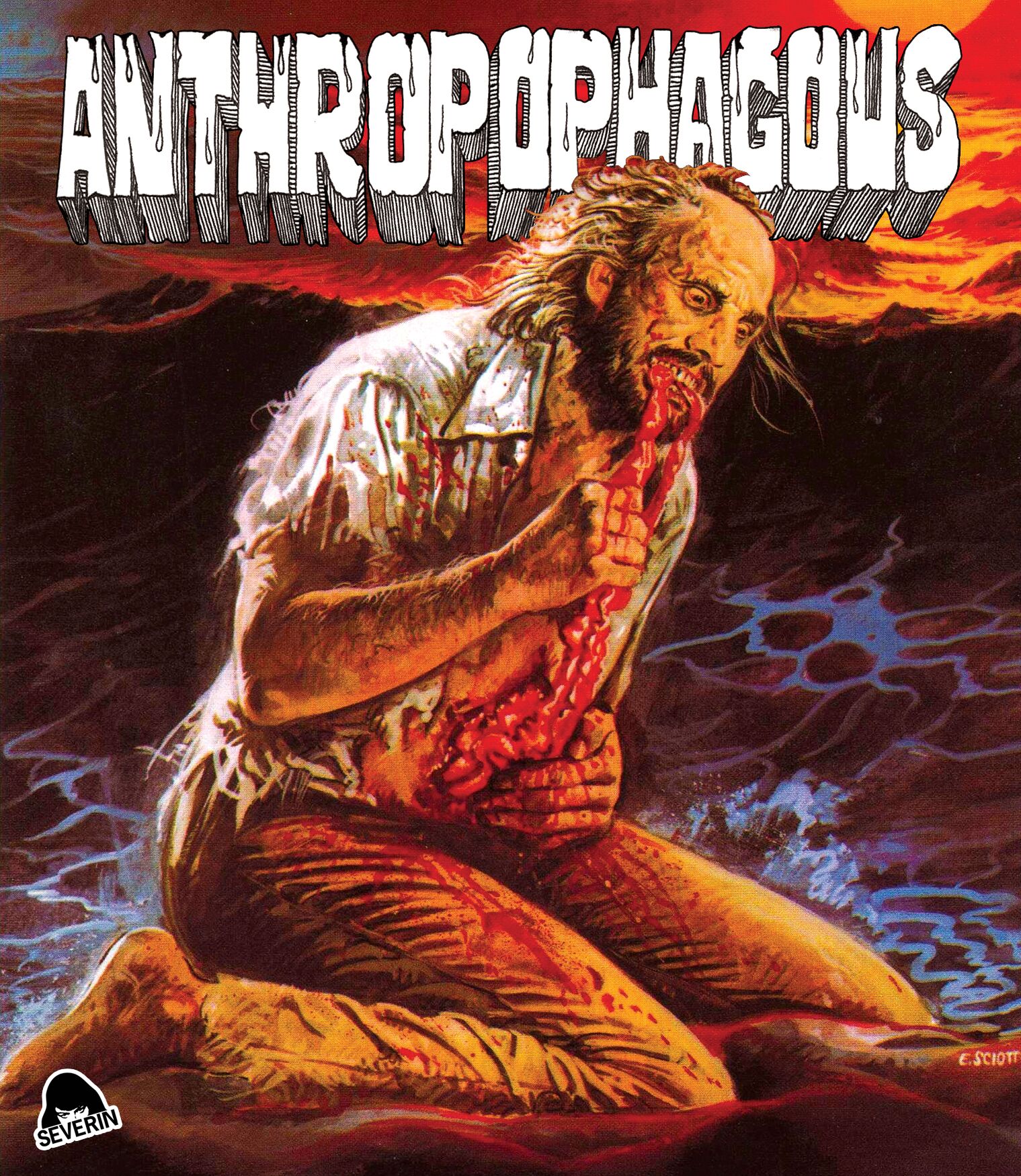 Joe D’Amato had a prolific career writing and directing film, but one of his most famous (possibly infamous) releases tends to be considered Anthropophagous (sometimes spelled Anthropophagus but we’ll adopt Severin’s usage). Largely instrumental in promoting the art of “gorror” filmmaking, Anthropophagous quickly found itself placed on the Video Nasties list due to its obscene violence – and for contemporary viewers, this might come as a shock because despite a couple of intentionally outrageous moments, D’Amato’s film is actually not incredibly gory. That censorship in itself helped mete out a place in cult cinema history for Anthropophagous, but film fans also place this dirty cannibal film in high regard. Is it deserving?

The answer is possibly, a tepid response to a film that has lasted as something of a household reference for almost thirty years. D’Amato’s film certainly adopts a lot of the aspects of cannibal and zombie horror that would become de rigeur very soon after, but the pacing is often quite slow and, for about the first half of the film, a tedious experience in getting to know the characters. Despite D’Amato’s risque background in filmmaking, much of Anthropophagous is tame and even bland, juggling a love triangle between Julie (Tisa Farrow), Daniel (Mark Bodin), and Rita (Margaret Mazzantini) and the exploits of a clumsy pregnant woman (Serena Grandi in her first film role) while the group explore a deserted island town.

It’s only during the latter third of the film that things pick up and get a bit wilder; meeting Nikos (George Eastman) for the first time gives viewers a chance to see a bit of backstory to the cannibalistic villain, and the eerie catacombs lend a spooky setting to the finale’s lengthy chase sequences. Eventually, people do get murdered and eaten in grotesque ways, mostly utilizing shock antics. But 70 minutes is a long time to wait for this to occur, and Anthropophagous does feel like a missed opportunity for D’Amato to test audiences even further (and by comparison, Absurd is a much more well-balanced take on Anthropophagous).

With that said, it’s hard to deny the impact that D’Amato’s splatterfest had on horror, even if it’s not a particularly interesting watch. Important doesn’t always equate to entertaining.

Severin Films, however, has again done a great job presenting this film on Blu-ray. The film features a 2k scan of the original 16mm negative, which, for the most part, gives Anthropophagous its best possible presentation. With that said, the film does suffer from occasional damage, lines, color timing issues, and various other debris, as well as some heavy grain during outdoor sequences; the film certainly doesn’t look perfect, but that is to be expected.

Both English and Italian DTS-HD MA tracks are included, both with different subtitles as well. No issues with either of these tracks.

Extras are pretty extensive and include a 13 minute interview with George Eastman who talks about some behind-the-scenes info about the film and his apparent shame in writing it (he doesn’t understand the love); an interview with Saverio Vallone, the hero, who talks about his time working on the film and his good times with the cast; a short talk with special effects artist Pietro Tenolgio talking about the use of pajata and a skinned rabbit for the gore; and a new interview with editor Bruno Micheli.

There’s also some archival footage of an interview with Zora Kerova about her work on the film and association with Tisa Farrow. Three trailers are also provided, as well as alternative cover artwork.

Again, Severin have released a gem here with this Anthropophagous Blu-ray, and potentially even one-upped the previous 88 Films edition in terms of transfer quality.

Anthropophagous is a decent film but it can't live up to the Video Nasty controversy surrounding it due to its rather tame first hour. Severin Films has done a great job bringing it to Blu-ray with a 2k scan and a boatload of features.
Film
Blu-ray
Reader Rating0 Votes
4
Hosting screenshots is expensive. If you want to see more galleries, consider donating!