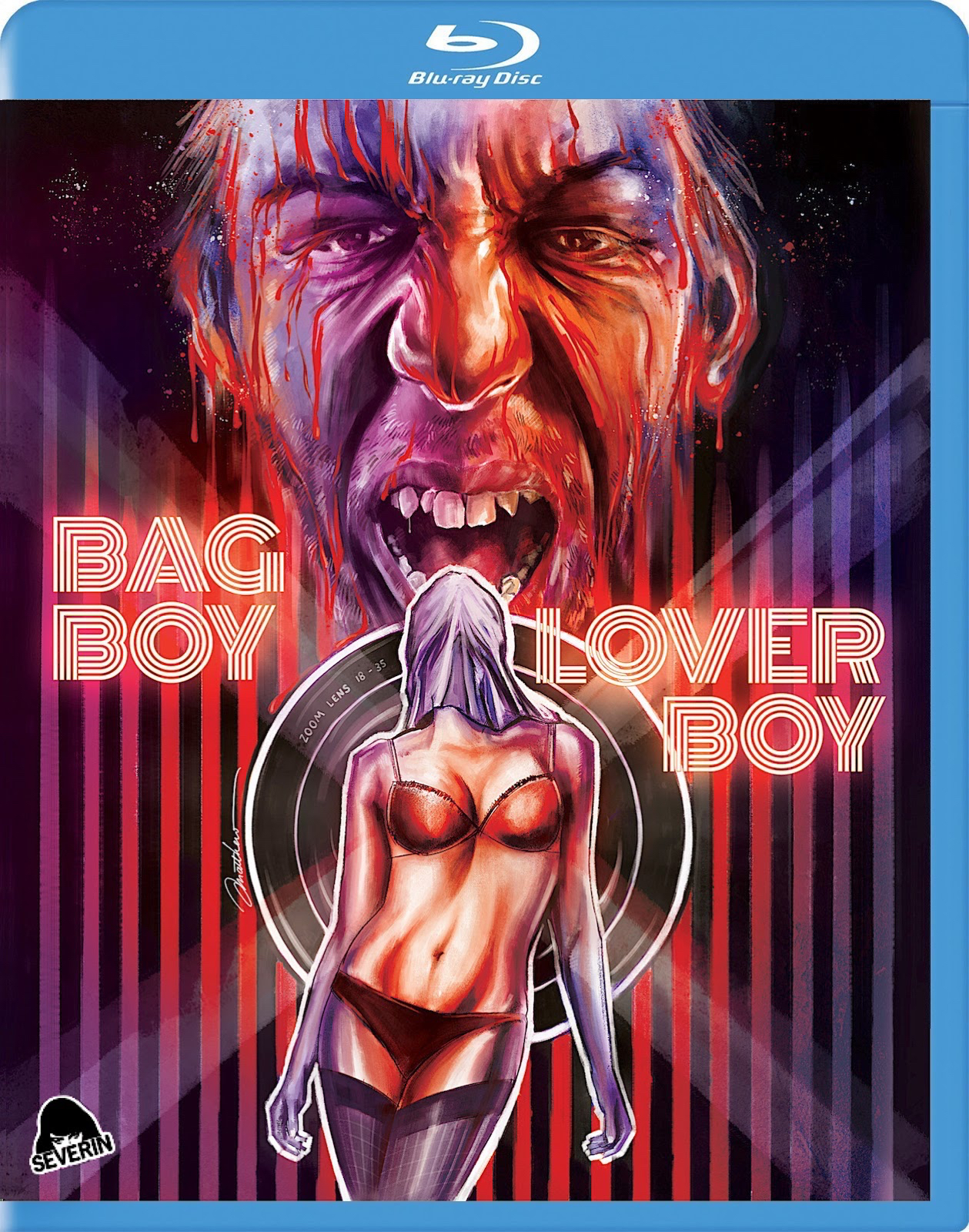 Bag Boy Lover Boy Blu-ray Review (Severin Films)
Bag Boy Lover Boy is a weird but effective film about fetishism and art, one that will most likely only resonate with some viewers. Severin Films does a good job with this release in terms of quality while also assembling a few extras to make this a worthwhile purchase for those interested.
Film
Blu-ray
Reader Rating1 Vote
4

Albert is a strange loner running a hot dog stand in New York City when photographer Ivan (Theodore Bouloukos) decides to adopt him as his muse. The odd Albert is mixed into a strange world of art wherein he poses with models and puts bags over their head to strangle them. Becoming fixated on this fetishistic act, Albert decides to start his own photography business by finding models on the street, except he begins to blur the line between art and real-life violence.

Andres Torres’ Bag Boy Lover Boy is an odd duckling for sure, a film that’s basically the equivalent of its wacky and grotesque main character. Torres’ script, co-written by Toni Comas, follows Albert the hot dog vendor/hopeful photog as he begins to experience the muddy waters of art and, by extension, violence.

Wachter’s acting ability is somewhat bland, but it works for this character – a strange and perhaps somewhat mentally retarded individual whose social and emotional range is about zero. He helps give the film its off-kilter atmosphere, and Bag Boy Lover Boy often eludes expectation by continually shifting its focal points. While viewers may find the indie acting deliveries and sometimes contrived dialogue difficult to stomach, Torres’ direction quickly allows the audience to settle into the film’s intentionally surreal mindset.

This not a film for everyone, and Bag Boy Lover Boy will probably isolate as much as it attracts viewers. But Torres’ ideas explore an interesting parallel between art and violence and, like its photographer Ivan, the film manages to evoke a metaphor about artistic fetishism that becomes uniquely unsettling.

While much of Bag Boy Lover Boy involves more gross-out gags than outright gore, there are still a couple of scenes that get down and dirty. There are actually few murders in the film, but one of them features blood trails on the floor. The other grisly moment involves a character who has half of his or her face blown off by a gun – and the effects are pretty effective.

Both sex and nudity are a feature of Bag Boy Lover Boy because of its photography plot and the presence of various models on-screen. There’s a model in lingerie who is later briefly glimpsed having sex with Ivan – although most of that is in darkness, the only titillating aspect being the audio – as well as a topless model in pig makeup. A prostitute also bares her breasts during a photo shoot with Albert about the midway point, and there are a couple of black-and-white scenes featuring a gaping vagina and implying the insertion of a gun.

*The Student Films of Actor Jon Wachter: GOT LIGHT and THE NEVER-STARTING STORY

Bag Boy Lover Boy looks good on this new Blu-Ray release from Severin Films, with no real issues with quality. Dark scenes have good clarity and there’s a good range of color on offer during the film. Ultimately there is nothing to complain about with this picture.

Severin’s LPCM track pops here with ambient sound and a cool soundtrack, including the use of a dubstep-esque track during dreamy sequence that uses the subwoofer to full effect. Dialogue and music are both well-represented with the single audio track.

Severin Films offers limited special features for Bag Boy Lover Boy, chief among them an audio commentary from Andre Torres, Charlie Williams, and Theodore Bouloukos. Those looking to get an idea of what the writer/director was thinking when creating this feature will certainly want to give it a listen. Also included are two (very) short films from Jon Wachter – both of them are quite artistic, although their mileage may vary. Finally, a trailer completes the package.