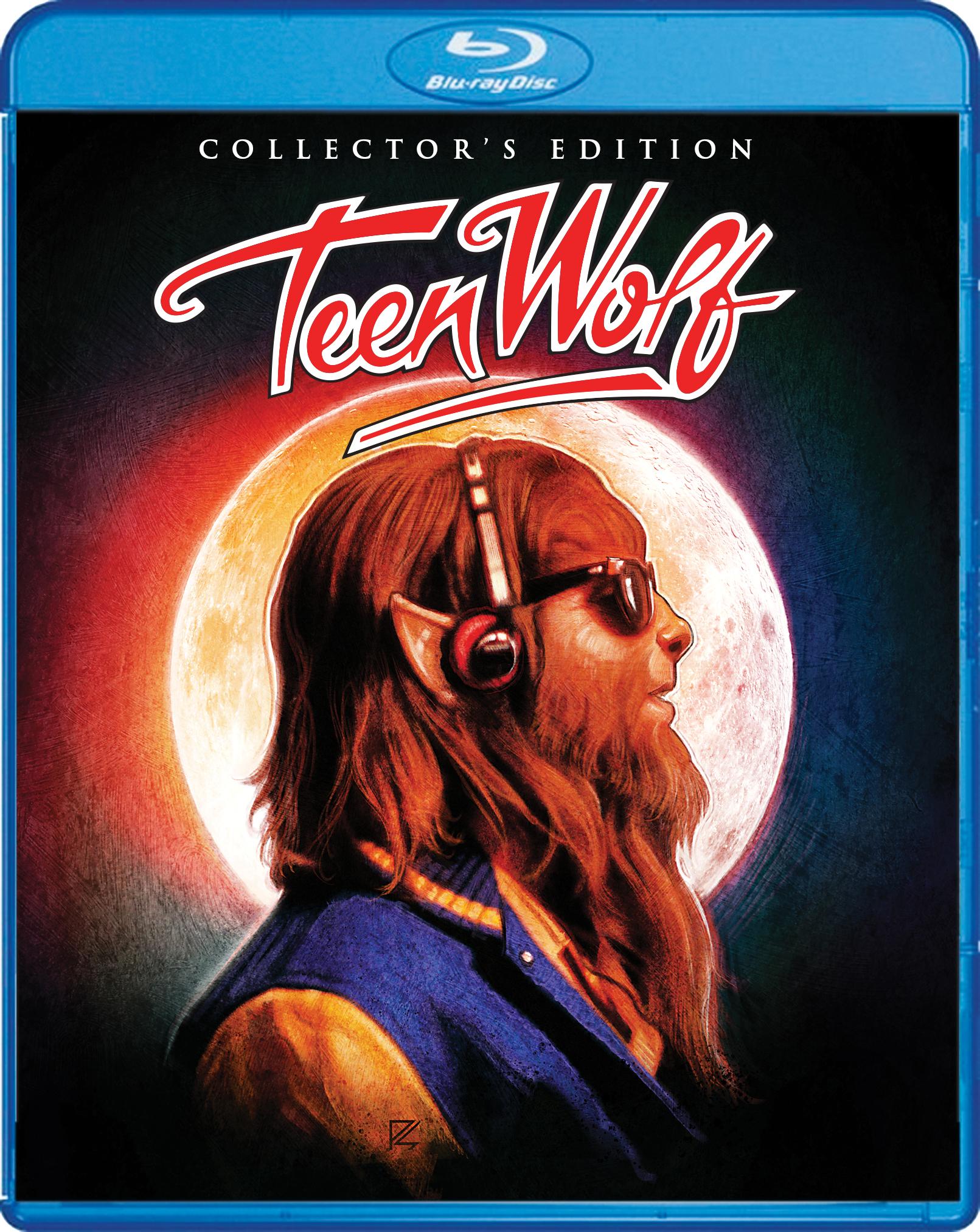 Scott Howard (Michael J. Fox) is having a tough go of it lately. He sucks at basketball, he can’t seem to win the heart of the girl of his dreams (Lorie Griffin), and he is growing hair where there was no hair before!

You see, Scott is becoming a werewolf, but it isn’t all bad. Scott’s puberty change nightmare is in fact, a dream come true. He now excels on the court, and what do you know, his high school dream girl loves her men hairy. Maybe being the big bad wolf isn’t so bad after all.

Teen Wolf holds a special place in my heart. I grew up watching this film, and I lost count how many times I’ve seen it over the years. The last time I watched, it was quite a while ago, so popping in the Scream Factory Collector’s Edition Blu-ray was a treat for me. Admittedly, the film has aged a bit, and it is most certainly a product of the 80s. If you were to take the same concept (not counting the TV show) and place it in modern times and modern scenarios, I just can’t see the movie taking off as it did.

There are of course a few reasons why Teen Wolf became such a cult hit. First, the film stars Back to the Future star Michael J. Fox, who has admitted to loathing the film, which hurts me deeply. Secondly, the film was finished before Back to the Future but released after to bank on the aforementioned time-travelling flick’s success, and it worked. Who’s to say what would have happened if the film was released by itself without any help from a more popular movie. Maybe we wouldn’t be discussing it today.

Having said all that, I still immensely enjoy the film, quirks and all. It’s a light hearted story, albeit a story premise that isn’t explained the least bit. Scott (Fox) turns into a wolf like his father before him, and that’s that. No explanation provided. Live with it. Now that Scott can turn into a werewolf, his life catapults into popularity. He is now great at basketball, and he can get the woman of his dreams (Lorie Griffin), even though the woman who is meant for him is right in front of his eyes (Susan Ursitti). It’s a story we all seen before, just a lot hairier.

I don’t have much negative to say about this movie, as to me it’s always going to be the film that I loved watching when I was young. Yes, with more adult eyes I can see the problems in the script, acting and cheesiness, but isn’t that what makes 80s films so damn delightful?

Teen Wolf is as far away from violent as one can get in an 80s cult hit. There are few punches here and there and some naughty back scratching, but this is one film that skips the violence in favour of laughs.

Unless you count some tiny bit of side boob and half naked men in the shower, this movie is tame on the nudity. There is literally nothing to see here.

Scott Howard: Styles, I got something to tell you. It’s kind of hard, but…

Yeah, that definitely ain’t going over that well nowadays.

Scream Factory presents Teen Wolf with a new 2K scan taken from the interpositive and stomps all over the MGM release. Skin tone has been evened out, brightness has been corrected, and the film is presented with an even grain field that keeps that lovely film look intact. I certainly have no complaints about the video transfer.

Audio also fairs just as well with a DTS-HD Master Audio 2.0 selection that presents the movie with a nice listening experience, with no noticeable hissing or distortion. All that beautiful 80s music sounds amazing.

Fans are going to be both extremely happy and disappointed with this release. First, the audio commentary that was recorded by Rod Daniel’s family before his passing is not included. Also, the deleted scenes used in the TV version are missing. Lastly, Michael J. Fox is nowhere to be found in the massive making of feature.

Okay, so that will make you sad, but what will make you happy is everything else. The whopping 143-minute making of, even though lacks Fox, is a tremendous feature. It breaks down the entire process and history of the film. Thankfully, Scream Factory was kind enough to break each interview into a segment, allowing you to either watch them all or individually. Rounding everything out is a trailer and still gallery.