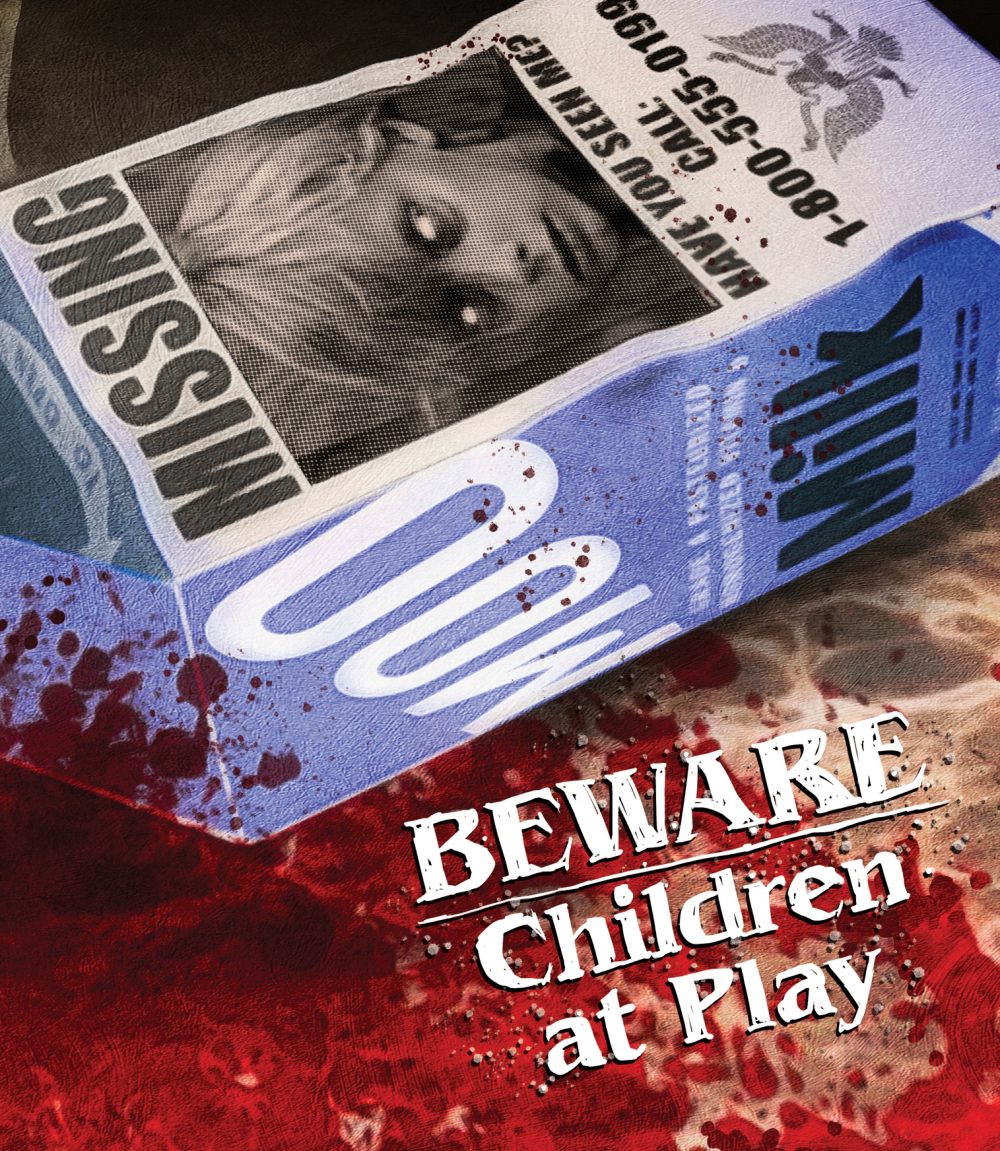 Beware! Children at Play got a release thanks to Troma in the late ’80s, and it certainly smacks of the low-budget Z-grade elements that Lloyd Kaufman’s company was best known for. Mik Cribben’s one and only directorial contribution to horror film centers around a small town suffering from multiple child kidnapping cases, seemingly happening once a month for the past few years; its sheriff (Rich Hamilton) is pretty much at a loss with no clues, and so he calls in prominent supernatural writer John (Michael Robertson) to bring in a medium to track the missing kids. But the townsfolk seem to know more than they’re letting on, and multiple sightings of children in the woods murdering people have not really allayed the fears of the parents in town. And they’re in for a surprise when the kids, led by Beowulf-influenced Grendel (Danny McLaughlin) fight back.

Cribben’s film is truly a bizarre little storyline, and it jumps between different elements so often that it’s hard to pinpoint exactly what the point of the whole thing is. The film pulls in religious cultism, references to Anglo-Saxon literature, and the dangers of lurid book covers into a plot that seems centered around murderous kids; but it’s ending goes in a completely different direction, and ultimately it’s tough what to make of the overall themes. The ideas are interesting, but Cribben’s direction leaves a lot to be desired; the plot is often meandering, dull, and full of obvious flubs and poor acting, leading to the feeling that a lot of the shooting consisted of one-and-done takes.

It’s clear that Beware! Children at Play is a labor of love for those involved, but it too often falls into the “so bad it’s bad” category of low-budget films: it suffers from the cardinal sin of Z-movies, that it can be just plain boring at times. Still, Cribben’s emphasis on brutality and cruelty is duly noted, since the film features a number of gory on-screen deaths. Its final few minutes, featuring an adults-vs.-kids battleground scene, is the kind of politically incorrect indecency that elevates Beware! Children at Play from its otherwise monotonous storyline, and the rampage is probably the only reason this ultimately gets a recommendation. It’s just too bad those last few minutes require one to sit through a tiresome 80 minutes.

Vinegar Syndrome has released Beware! Children at Play on Blu-ray with a new 2K transfer from the original 35mm camera negative. It’s surprising that despite the film’s low budget it was still shot on 35mm, and luckily for fans of the film, that translates to fairly strong video quality for this Blu-ray. The OCN seems to have been kept in pretty good shape, because despite a few bits of damage and a couple instances of vertical lines, the transfer is pretty clean. Detail is strong especially in closeups and well-lit scenes, but even darker contrasting shots fair well with a medium grain body and no crush. The film doesn’t feature the best cinematography, and more than a couple scenes were shot out of focus; however, as a whole this is a good-looking Blu-ray from Vinegar Syndrome all things considered.

Audio is a DTS-HD MA 2.0 stereo track that sounds strong with no dips in volume and no hiss or other displeasing audio hiccups. The film features a synth-y, modular soundtrack by Herschel Dwellingham that is well-represented here. Subtitles are also included.

Extra features include a new nearly hour-long documentary about the making of the film, which compiles interviews with cast and crew about the production and subsequent Troma release of the film. Even some of the child “actors” are assembled here, and this is a fun watch dissecting the film’s development and the DIY aesthetic that it certainly shows. Also included is a new audio commentary by director Mik Cribben which goes into additional information about the film’s production, as well as a new interview with Cribben where talks about similar items. A short archival interview with Cribben is also included.

The package gets reversible cover artwork and if you scored a limited edition version, it comes with an additional slipcover (see scans).

Beware! Children at Play is definitely not a film for most casual viewers due to its rather glacial pacing, but for those interested in the low-budget films Troma brought to home video, this one is worth checking out at least for the final gory few minutes. Vinegar Syndrome has done a great job with transfer and extra features; but I’d recommend seeking the movie out first before dropping the extra cash on something you may not love. 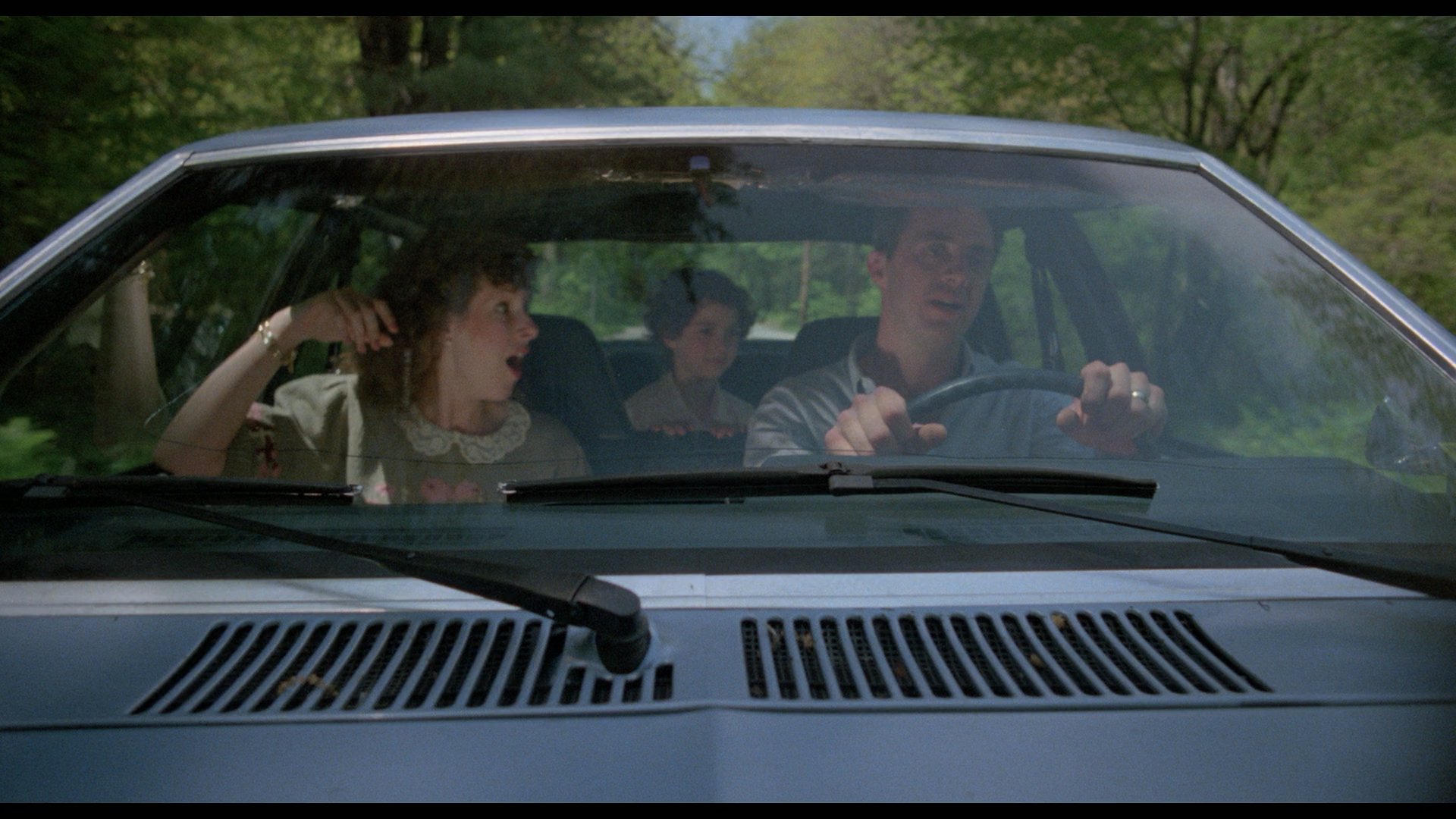 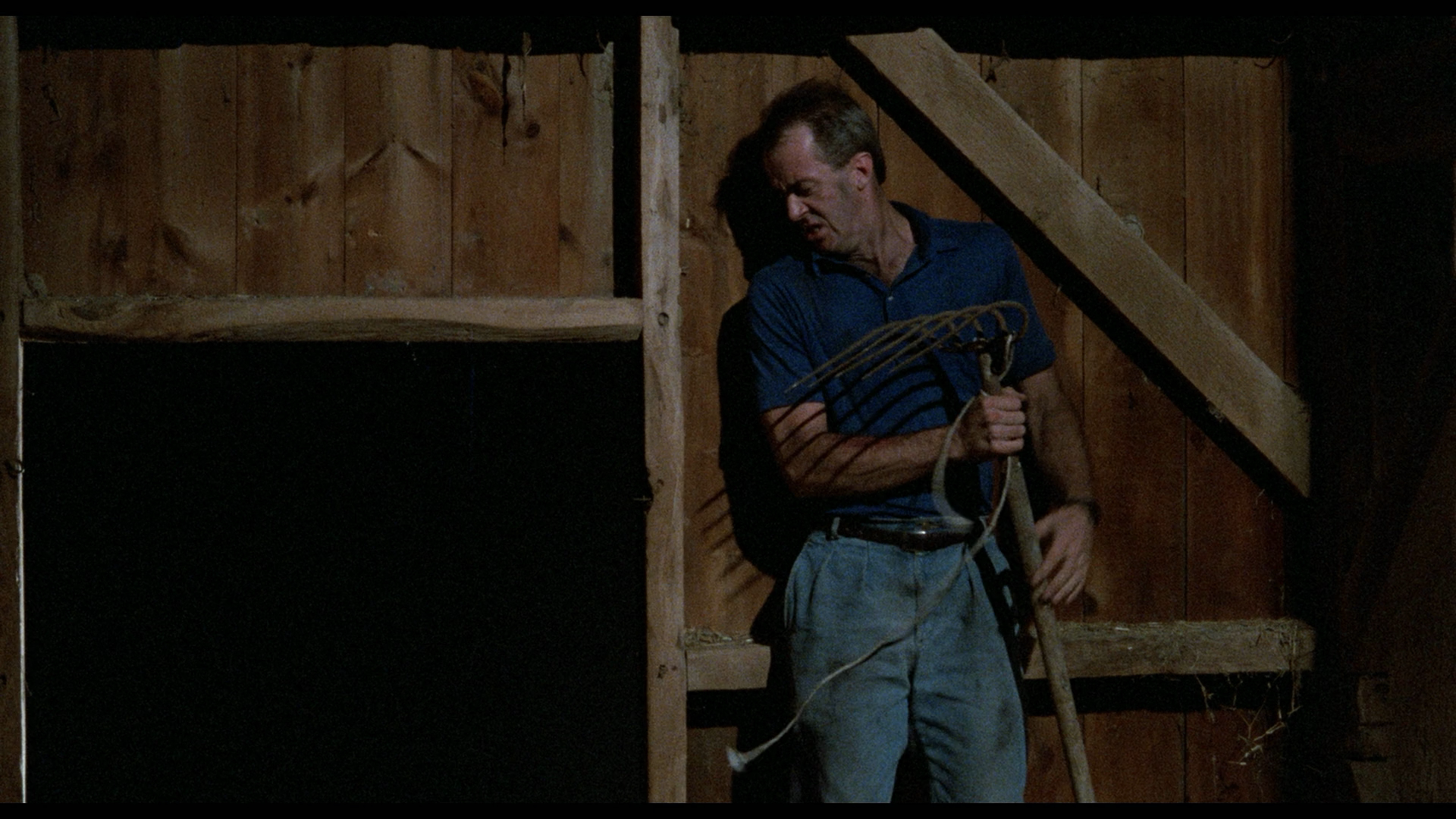 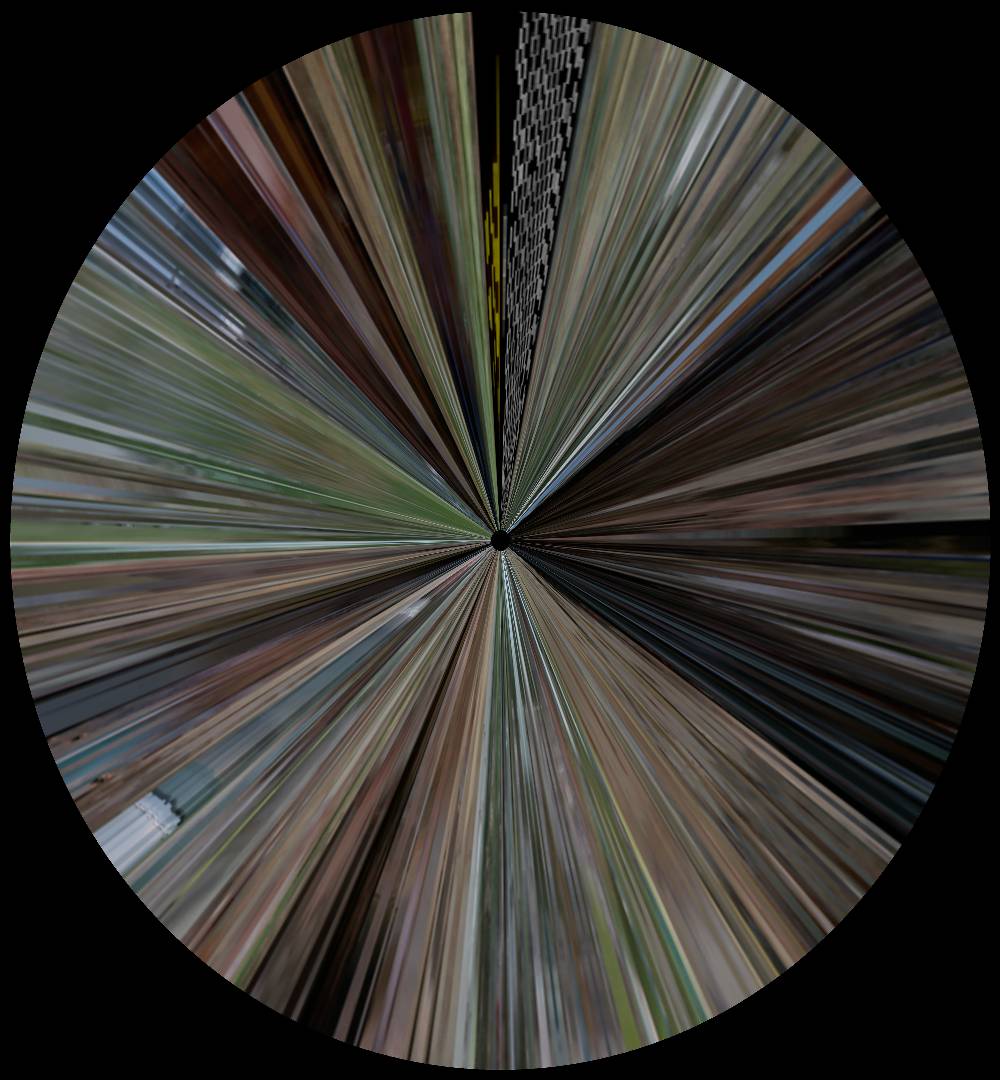 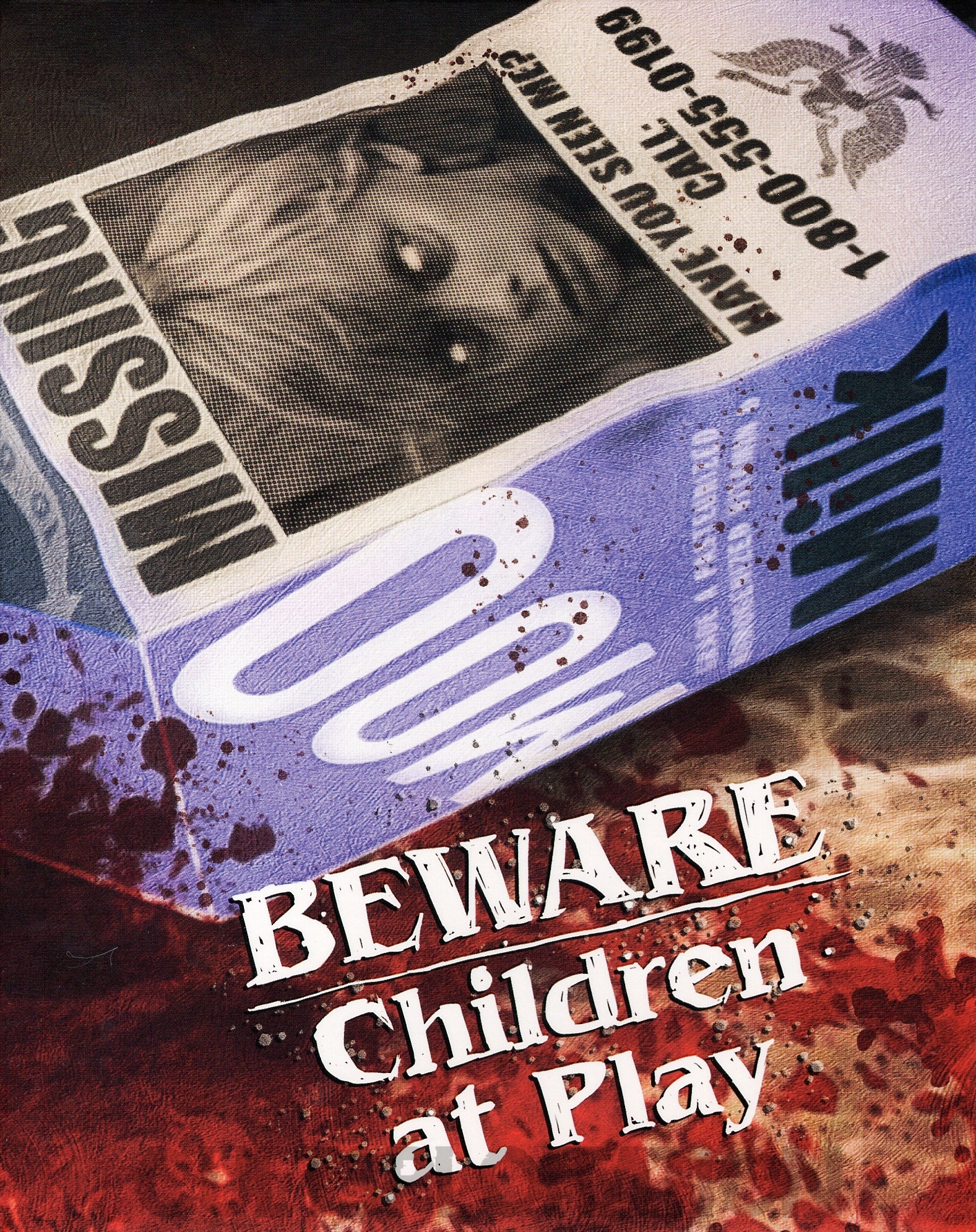 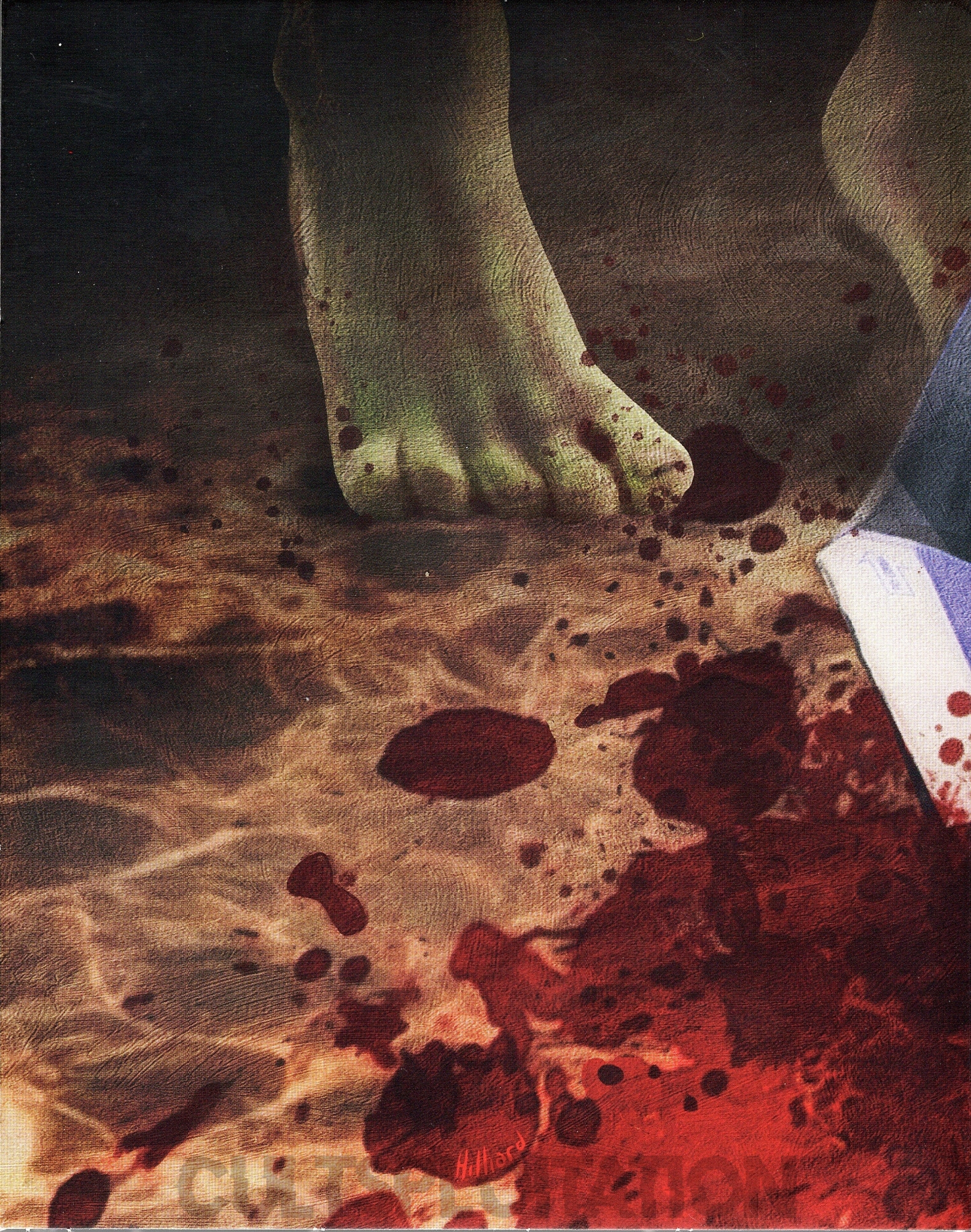 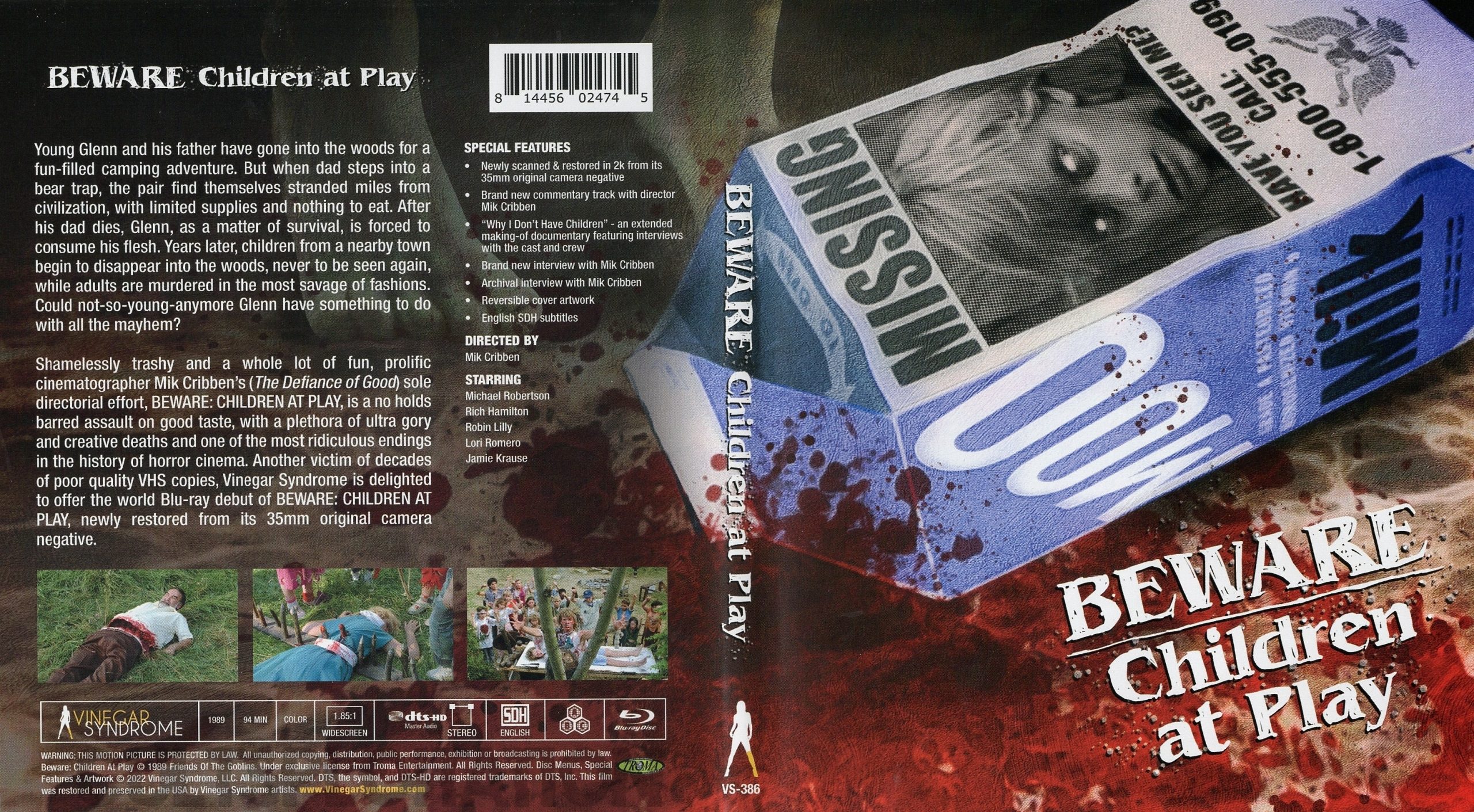 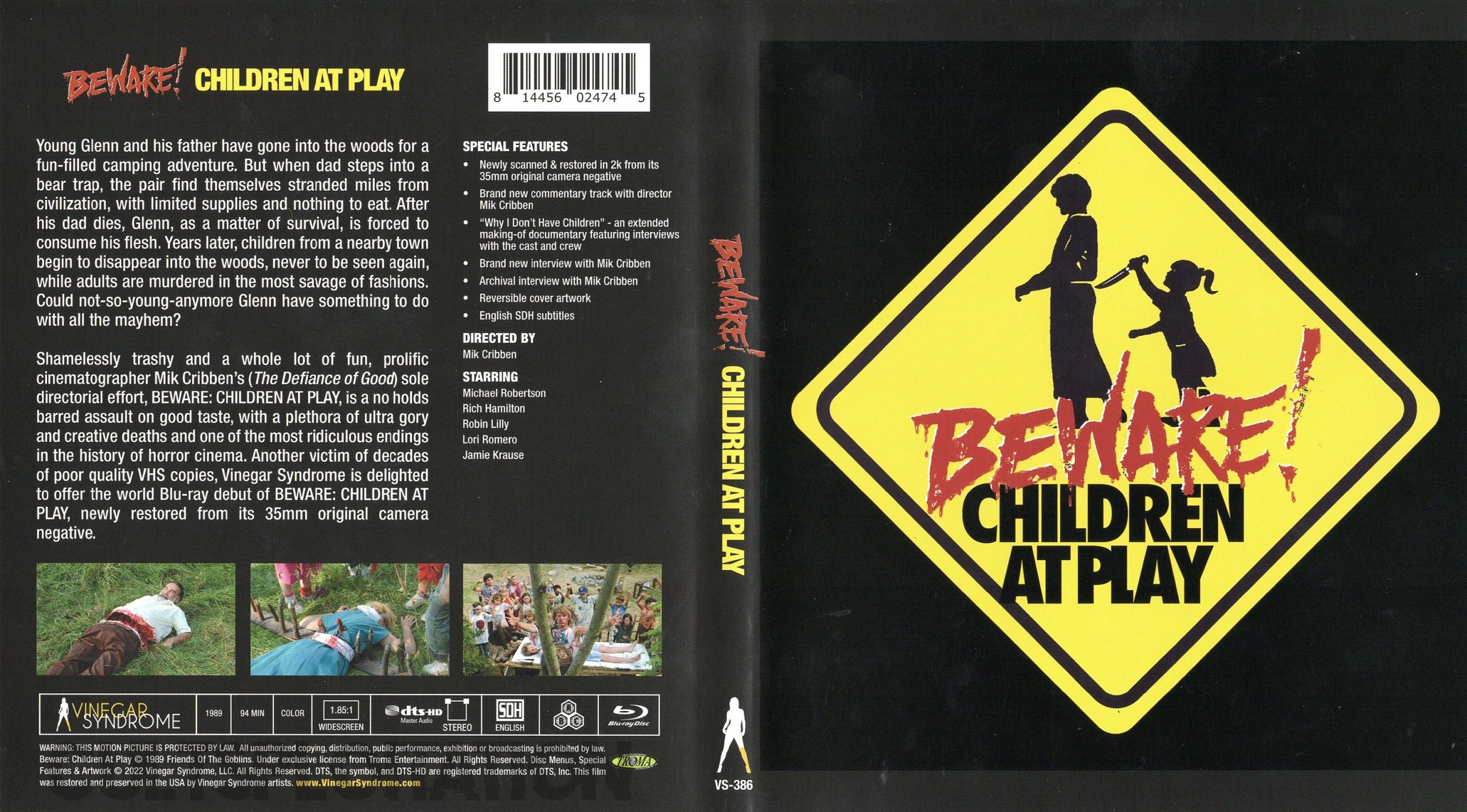 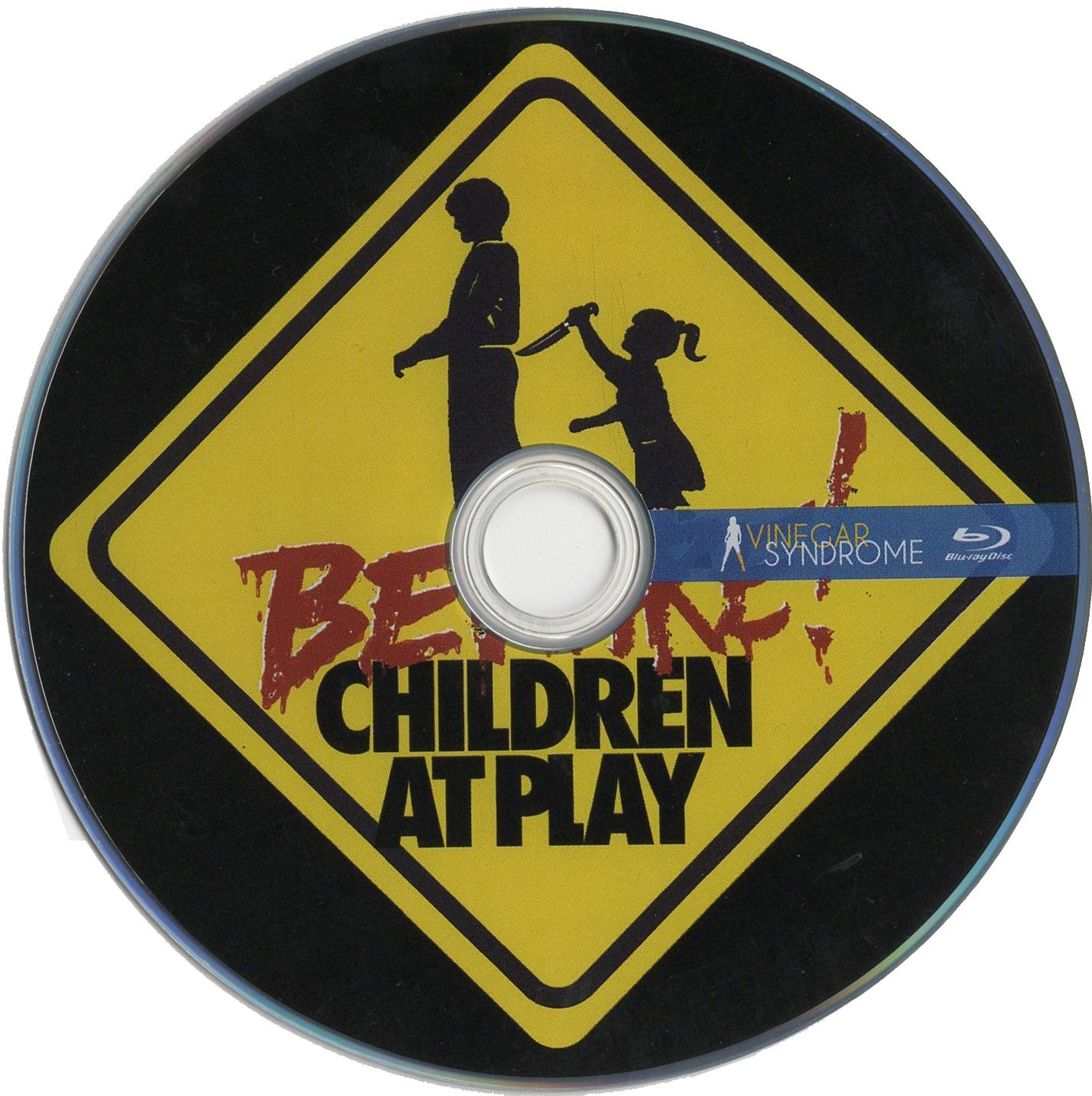