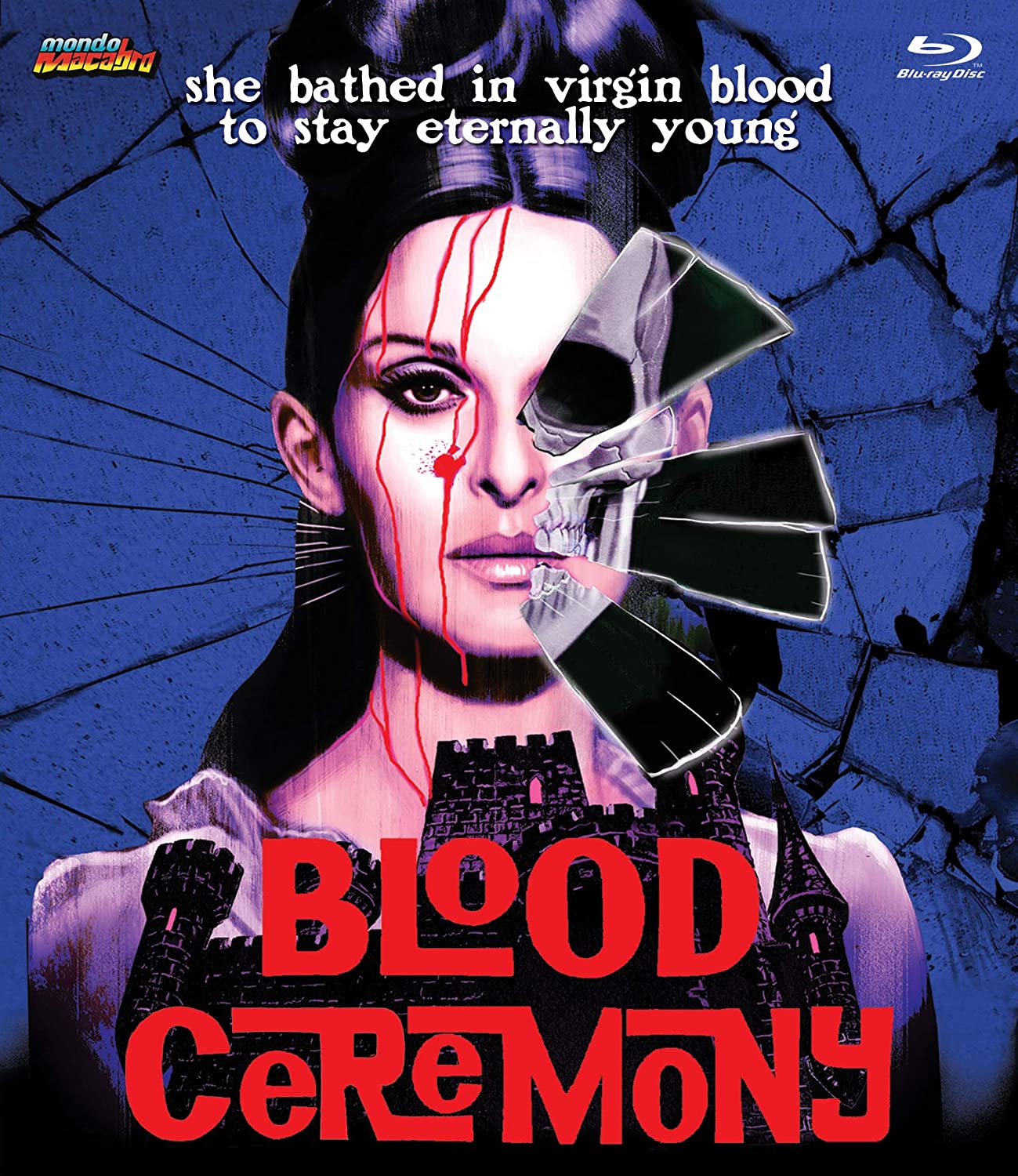 A Bathory has a change of heart

There have been a lot of films made about the infamous Countess Erszebet Bathory, but Jorge Grau’s Blood Ceremony is not concerned with portraying historical accuracy of the legend. Instead, the film follows a Bathory ancestor, also named Erzebeth (Lucia Bosè), who gets so caught up in the mythology of her own forebear that she begins to put it to practice herself. It may not seem like much of a distinction, but the fact that Blood Ceremony intentionally draws attention that it is not following THE Erszebet Bathory but just A Erzebeth Bathory sets this film apart from others that have alluded to that legend. Here, the focus is much more on what drives Bathory to her madness, and then the decisions she makes after she’s caught.

The film has a number of interconnected ideas, most notably the use of blood throughout the film. That ranges from Bathory’s obsession with staying young using the blood of nubile young women to the threat of vampires stalking the Spanish village. Bathory uses those fears of vampires as cover for her dark devotion, bidding her husband to do her dirty work draining women of their lives in an attempt to appear like vampire attacks.

For the most part, the audience is privy to this dynamic, except that Blood Ceremony holds out a secret for us. We’re not quite sure if there truly is a vampire on the loose in addition to Bathory’s literal bloodbaths, or if something less supernatural is afoot. Grau’s direction gives us a flashback sequence at the end of the film to reveal all, somewhat spoiling the mystery in the process.

But it’s also this conclusion that makes Blood Ceremony so unique in its telling of the Bathory legend. Here, because Bathory is not the historically evil Bathory, Grau attempts to give her a sort moralistic enlightenment. Instead of continuing to murder, she experiences a huge amount of guild leading to a confessional in front of the town judges; she throws herself and everyone else involved in the scheme under the bus, leaving the gory Blood Ceremony an interesting comparison to films that simply revel in the excess of Bathory’s nudity-filled bloody baths.

That’s not to say Grau’s film skimps out that. The international cut still features a number of nudity-filled scenes meant to titillate, along with quite a few claret-soaked deaths. But its eventual reckoning with this violence and barbarism leaves it feeling like a fresh look at the Bathory tale.

Mondo Macabro has released Blood Ceremony on Blu-ray with a new 4K transfer from the original negative, including both the Spanish and international cuts of the film. Both feature relatively the same transfer, but the international cut features a lot more nudity and these inserted scenes occasionally suffer from some damage. However, this transfer looks very good for the most part, with a medium-bodied grain scale that occasionally appears soft. Other versions of Blood Ceremony have certainly never managed the depth and detail of Mondo Macabro’s transfer, and really that is all we can ask for here; fans of Grau’s film will certainly be delighted to see this high-definition version.

Extra features include two interviews with director Jorge Grau – one where he discusses his film history, and another where it is more specific to Blood Ceremony. These run approximately 40 minutes in total, with a majority devoted to Blood Ceremony. Two new audio commentaries are provided, one from Troy Howarth and Nathaniel Thompson and another from Robert Monell and Rod Barnett. Both have a wealth of information about the production and involved players, adding a lot of replay value to the already-entertaining film. Finally, a series of trailers and a press book gallery round out the standard-edition Blu-ray.

Blood Ceremony is a very interesting take on the Bathory mythos, and Mondo Macabro have put together a great Blu-ray release for the film. New audio commentaries pair well with a solid 4K transfer for two different cuts of the movie, which should wet completionists’ whistles. 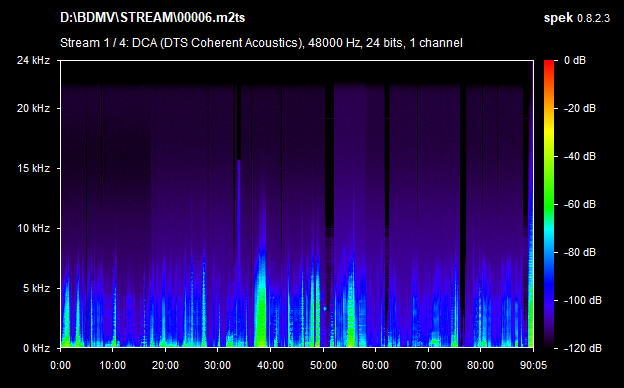 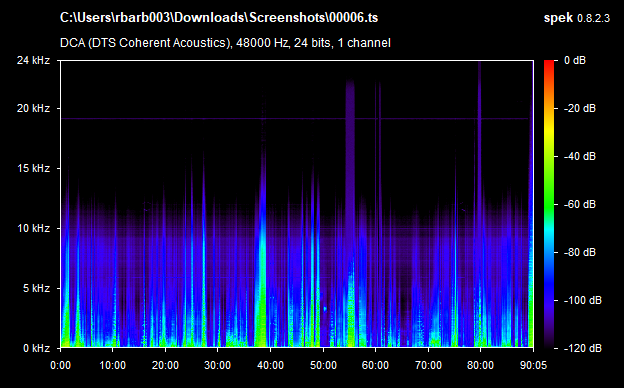 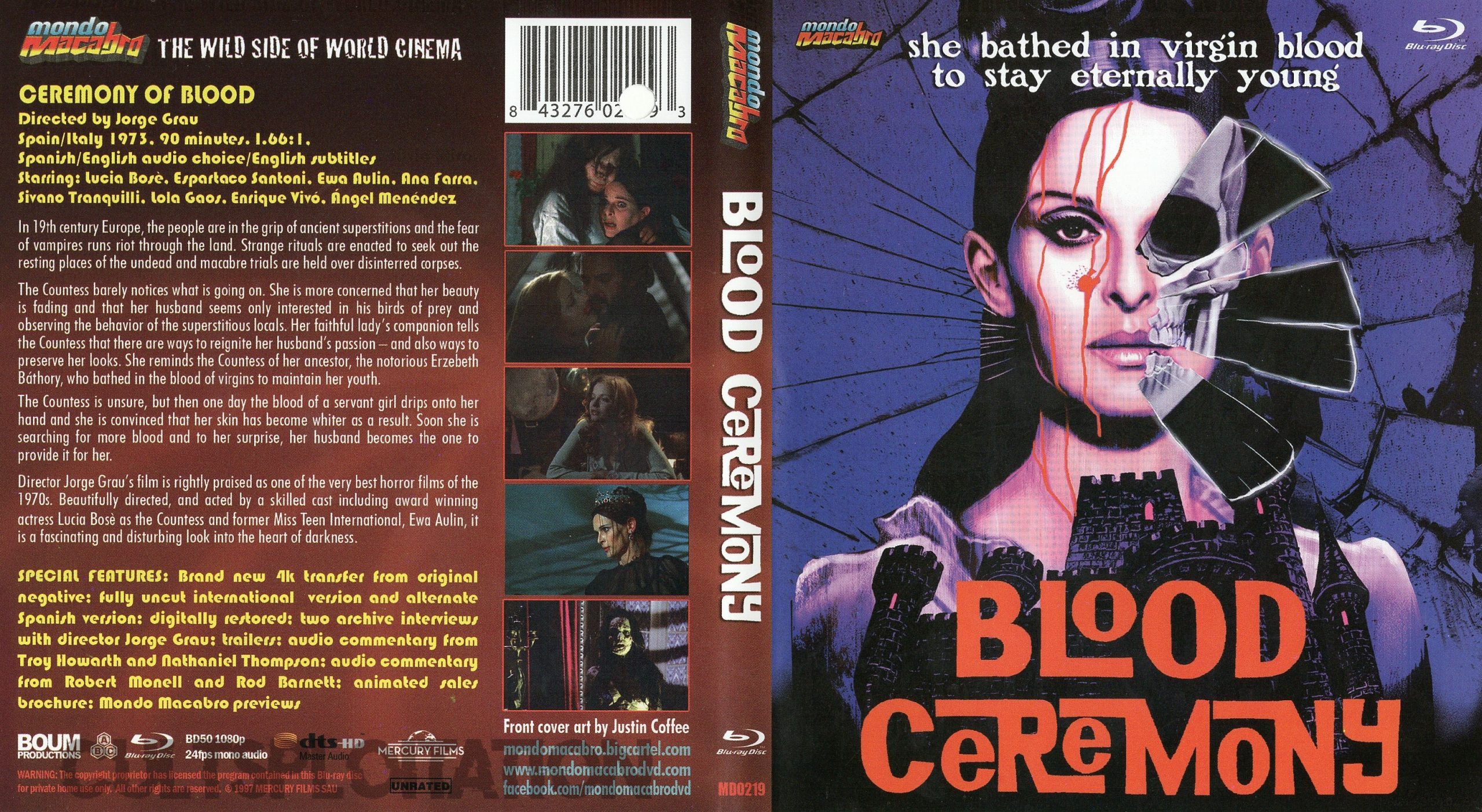 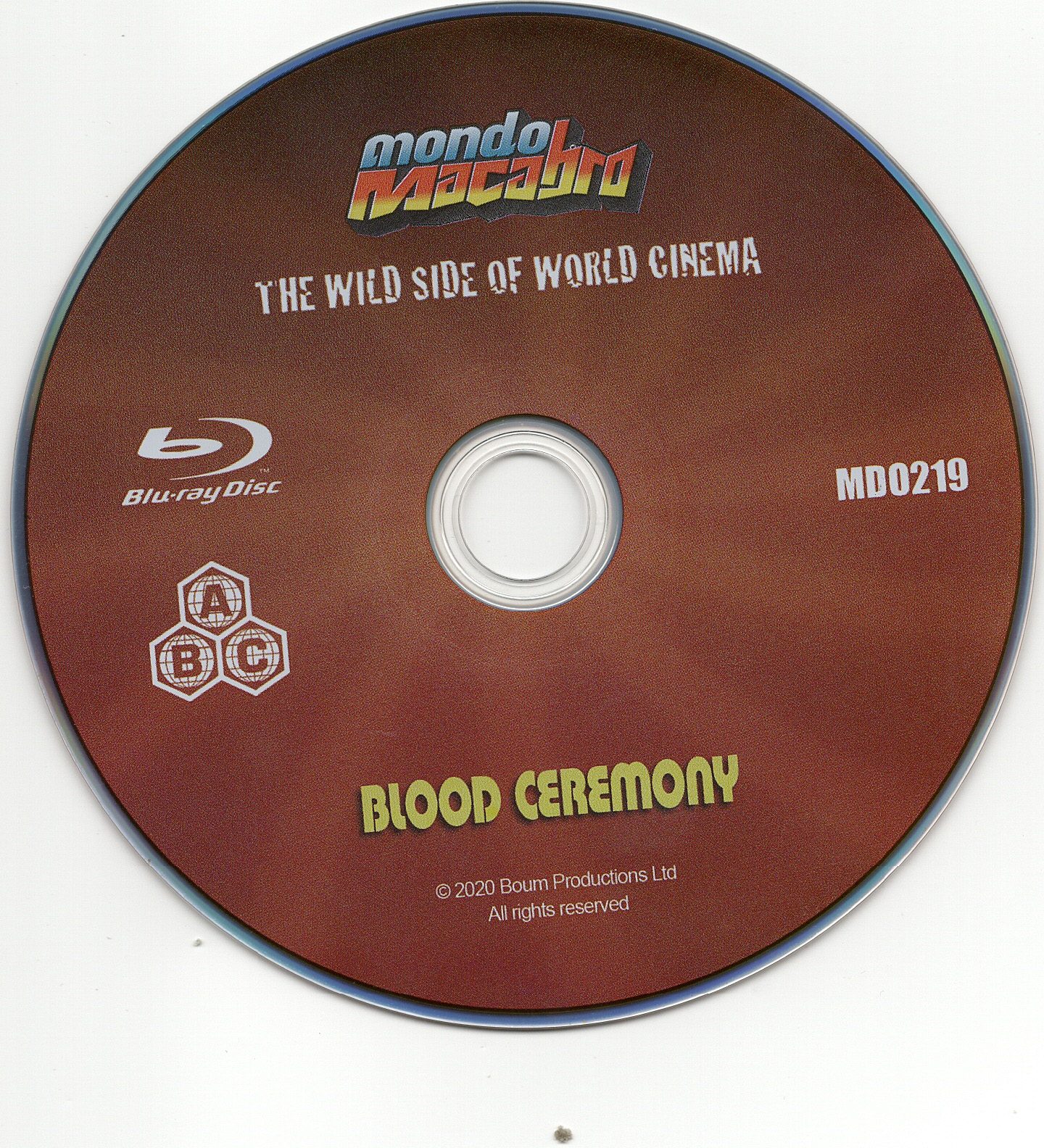