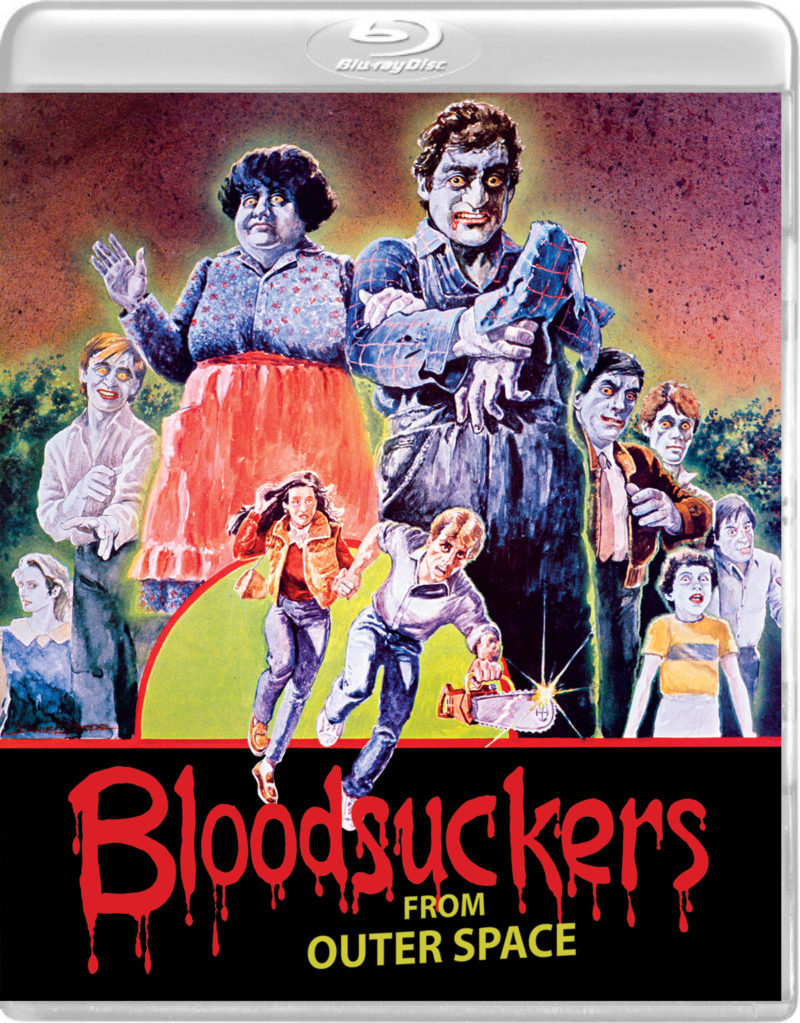 Blood suckers from outer space descend on a small Texas town full of farmers, and this misty lifeforce drains the blood right out of these guys and turns them into zombies, although they still seem to retain their minds in some capacity. Jeff and Julie, a chick he meets after smashing up his own car, are on the run from these creatures, and their only hope may be a nuclear bomb… 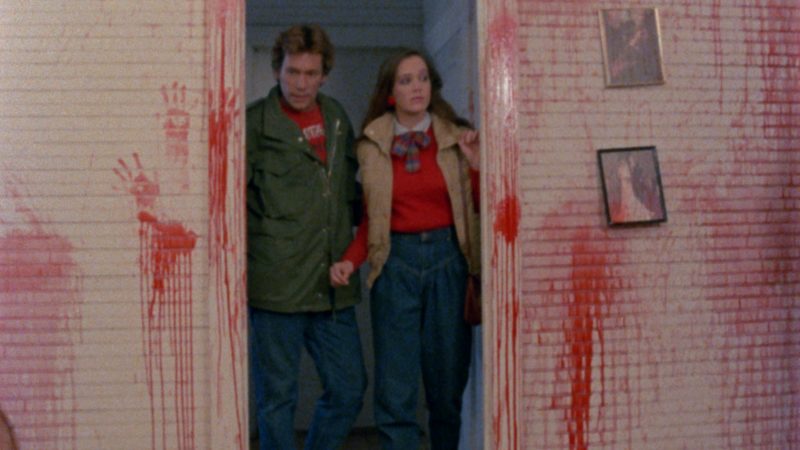 Glen Coburn writes and directs this very low-budget 1984 horror parody that spoofs zombie, vampire, and other science fiction films. Blood Suckers from Outer Space is certainly an interesting premise, one that Coburn obviously spent some time thinking about; its alien threat is convoluted but also steeped in some scientific fact – or at least plausible theory, if not truth – lending the film an inventive quality that makes up for its other monetary restrictions and amateur filmmaking flaws. Strangely, the film has become something of a cult phenomena despite its relative obscurity, inspiring a number of other no-budget home video horror films – and that in itself makes it prime material to check out.

However, your mileage will vary with Blood Suckers from Outer Space. The plot is interesting but rarely exciting – partially due to the film’s dual storylines that tend to add too much exposition throughout, but also because the budget limits the action that Coburn can show on-screen. The script itself is good but not great, missing a lot of opportunities to play up its parody elements. Blood Suckers is occasionally funny but more often than not its jokes don’t land; various meta commentary helps to highlight Coburn’s pointed satire, but Blood Suckers could certainly have used a bit more punctuation to its comedy.

Still, for a low budget affair Coburn does pull a few tricks out like an early opening bloodletting scene that certainly doesn’t skimp on the over-the-top gore, and there’s also an iconic arm-chopping scene that works pretty well too. And fans of Z-grade films and SOV flicks will definitely enjoy the intentional and unintentional humor that comes with a low-budget experience like this. Ultimately, though, an appreciation for the art of filmmaking in horror is in some way required in order to really derive enjoyment out of the film.

Blood Suckers from Outer Space is sufficiently violent in a fun way, with lots of syrupy blood and obviously piped fluid. For a film with such a small budget, Coburn does the best he can with the options the team has at their disposal. 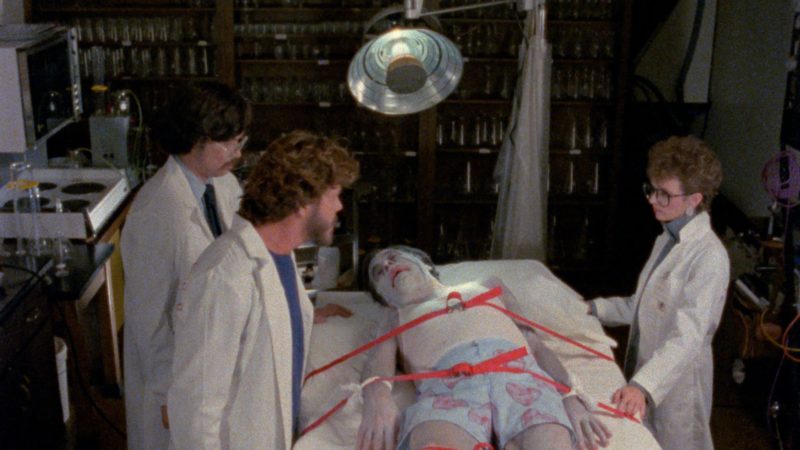 There’s a pretty funny sex scene – albeit one that happens off-screen – where the main characters give their best moaning impressions. There is also a quick topless scene that won’t disappoint viewers either.

Vinegar Syndrome has released Blood Suckers from Outer Space on Blu-ray and DVD in a combo pack, and they’ve restored the film in 2k with 16mm negative elements. The film had a low budget and obviously was shot with technical limitations, but the provided transfer is surprisingly good and consistent despite the poor quality of the negative. The film contains a fairly heavy layer of grain but for the most part Blood Suckers remains debris-free and quite clear except for a few occasional out-of-focus shots that were present in the negative. It’s certainly an accomplishment that Vinegar Syndrome have been able to restore this film to how it looks on this Blu-ray.

Blood Suckers gets a 1.0 DTS-HD track that is clear and flaw-free; the catchy “They’re Out for Blood” by Emilie Aronson definitely sounds great on this soundtrack. English subtitles are also included.

Vinegar Syndrome have really gone the distance with the special features here, assembling most of the crew who worked on the film. An audio commentary with Glen Coburn, Thom Meyers, and Chad D. Smith accompanies the film so viewers can learn more about the making of Blood Suckers, and there’s a 50 minute making-of featurette with quite a few members of cast and crew that really goes into detail about the film, its origins, and the process behind accomplishing this low budget feat. Also included is a 15 minute visit to the sets and locations of the film with the crew, who go into depth about filming at those locations – this shows how different the area has become.

Also included is a five minute how-to video from the guys who brought you the low-budget Atom the Amazing Zombie Killer – they show how the arm-chopping sequence was made in a very funny segment. Also included are a number of behind-the-scenes stills from Coburn’s own collection and a trailer as well. Plus, there’s reversible cover artwork for the box. If you were a quick buyer, you also get a slipcover.

All of these extras make this well worth the purchase if the movie sounds up your alley.