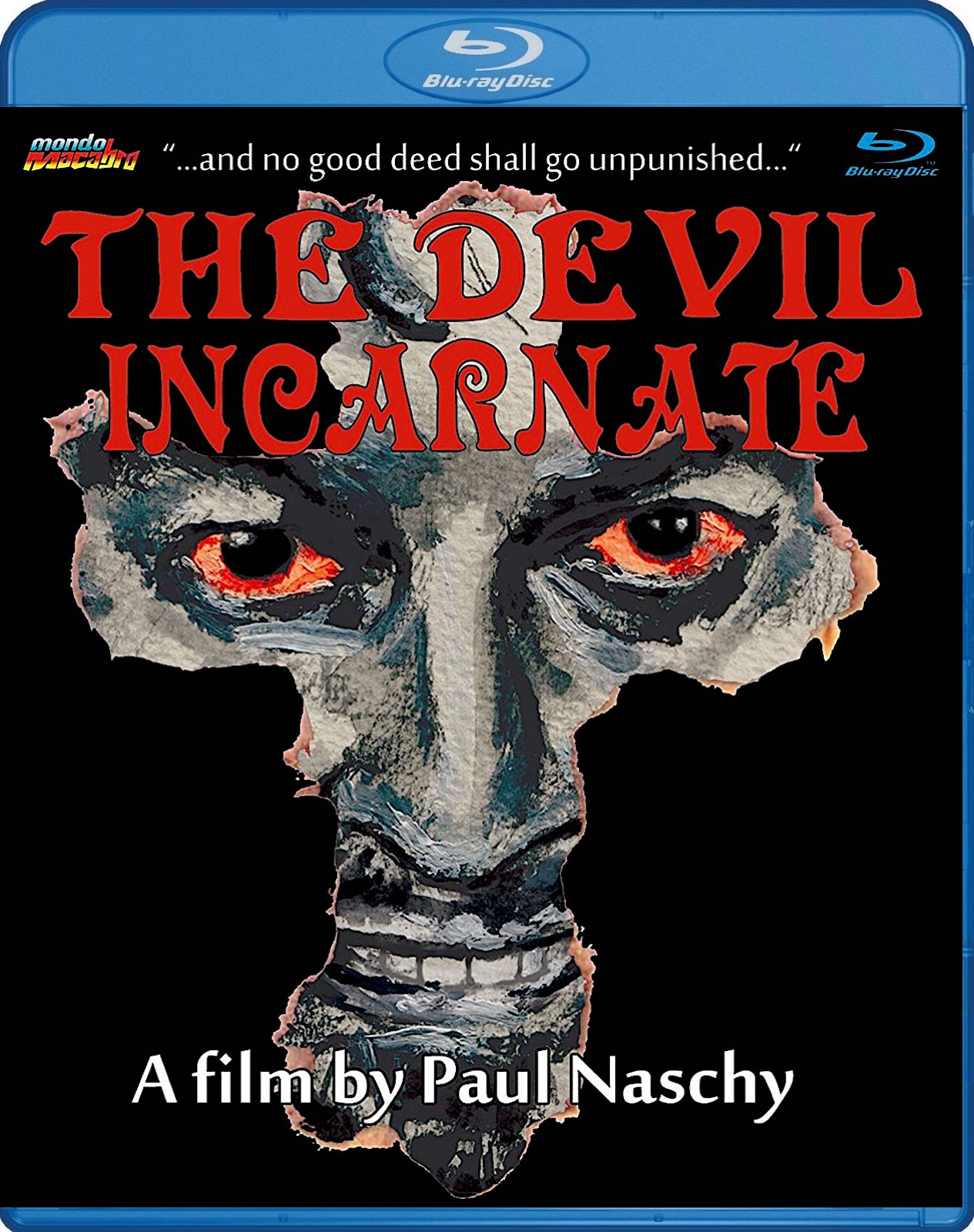 The Devil Incarnate Blu-ray Review (Mondo Macabro)
The Devil Incarnate is dark, devilish, and certainly a great exploration of Paul Naschy... ahem, I mean Leonardo's id, which is bound to make some people uncomfortable. Mondo Macabro has done everything right with this Blu-ray, with a great transfer and a number of extras.
Film
Blu-ray
Reader Rating0 Votes
4.6

The devil went down to… Spain, and he’s taken the form of a human in order to commit some truly heinous acts and cause a lot of mischief in relationships and nunneries. He’s joined by his disciple Tomas, and together they basically just commit atrocity after atrocity until the end of the film. Happy times, happy times…

Paul Naschy had a habit of disguising his role as a writer and director in films, but this time his use of real name Jacinto Molina kind of makes sense based on The Devil Incarnate‘s plot. The film is basically a depiction of all the worst things one could do if their id ran rampant without worry of consequence, and seemingly Naschy found it such a fun time that he puts himself in the title role as Leonardo, AKA the devil in human form, albeit with his more common stage name. Thus, there’s a lot of things within The Devil Incarnate that don’t sit well: it’s intentionally awkward and more than a little uncomfortable. Still, Naschy’s idea is a perfect representation of relishing in taboo topics, and for the most part, this 90 minute film works as a very bleak comedy about the evils of man and the wickedness of those who corrupt.

Naschy plays the title character Leonardo under his own name, and he seems to be having a blast in this Devil role. Much of The Devil Incarnate is simply a series of despicable acts, perpetrated on everyone from the elderly to the infantile. Leonardo travels the countryside encouraging sin – he pisses in a cup and gives it to a thirsty blind man, he compels a woman to commit infidelity and then brands her buttocks with an upside-down cross when she eventually succumbs to temptation, and he cures a child for sex from her mother as payment, only to kill the child after he’s left. As morally bereft as The Devil Incarnate often seems, and potentially blasphemous to certain viewers, the film also tends to be having a poke at religion and positivity: Naschy’s view on the world is bleak, that most humans are weak and sinful and when faced with no consequence, they would act out their baser instincts wholeheartedly.

Some of the film might be difficult to stomach, partially because Naschy never really showcases Leonardo as an antihero. Eventually, he does experience a human’s mortality during the conclusion, but it doesn’t really mean much to someone with almighty powers like the Devil. It’s an interesting dynamic that takes place within the film, because throughout it’s clear that Leonardo’s supernatural powers protect him from any real threat. That means some viewers may be unable to stomach the various rape scenes, cuckolding, and murder – but it also seems to be Naschy’s point. In that sense, The Devil Incarnate is a particularly powerful metaphor for humanity, one that shares Thomas Hobbes’ philosophy that man is inherently disappointing.

Not a ton of violence in the film, but there are a few murders including some sword stabbings and a couple of brandings on butts as well. It’s primarily a bloodless affair though.

Lots of nudity on display from a number of women, characters and extras. We also get to see quite a bit of Naschy’s ass in a few scenes, and there’s even a quick glimpse of dick for good measure. Be forewarned, there’s some rape.

Mondo Macabro has released The Devil Incarnate on Blu-ray with a new 4k restoration of the camera negative and it truly does look gorgeous. The Spanish locales really pop with color (note some scenes like when Naschy is eating watermelon; the red really glows), and the damage and debris is kept to a minimum here. Shots are crisp and clear without soft focus, and the healthy amount of grain remains consistent throughout. Mondo Macabro has done a great job with this restoration.

The audio is presented with an LPCM Spanish mono track and it sounds good although obviously nothing surprising; no pops, crackles, hisses, or drops to be found within it. English subtitles are also standard here, with Mondo Macabro’s annoying lack of punctuation in dialogue being the only minor gripe.

The Devil Incarnate is somewhat limited for new interviews; however, Paul Naschy does give a ten-minute introduction to the film and discusses its merits specifically. There’s also an audio commentary from film historian Troy Howarth, and as always he gives an in-depth critical examination of the film. The other interviews are less about The Devil Incarnate than Naschy himself; David Rocha gives a 15 minute interview about his friendship with Naschy; Naschy’s son Sergio Molina gives a 30 minute interview about Naschy’s life and reviews a scrapbook of pictures and articles about his legacy; and Naschy’s other son Bruno Molina gives us a tour of Naschy’s house, specifically the office where he wrote much of his work (about five minutes long). If you pre-ordered this film you might have gotten the limited edition red case with sexy alternate cover art; otherwise this has a standard blue Blu-ray case.

Overall this is a great release with a surprising amount of extras specific to Naschy himself.