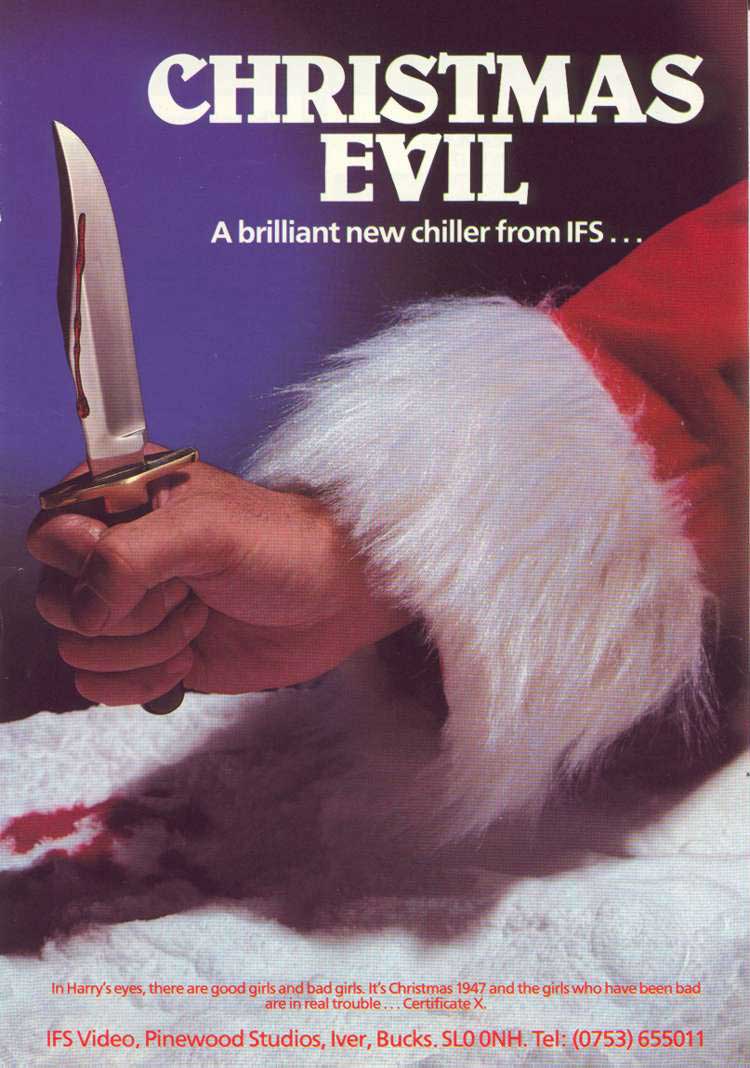 Harry had a traumatic Christmas in his childhood when he found out that Santa Claus was actually his father in disguise; when he grows up, he continues to be a maladjusted adult: he’s made himself into the Santa he always wished was real. Now he’s spying on children, keeping a naughty and nice book, and crafting a van into a Santa sleigh so that he can drive around on Christmas Eve and break into children’s houses. But his brother Philip worries about how poorly Harry is doing this Christmas.

It’s easy to get films like Christmas Evil, Silent Night, Deadly Night, and Don’t Open Till Christmas confused with each other. However, they all have their intricate differences, and Christmas Evil is no different. The film follows one killer man in a Santa suit, Harry (Brandon Maggart), on Christmas, but its dynamics are very opposite what Silent Night, Deadly Night proposes: instead of a man driven to punish just as the Santa in his past has done, Christmas Evil‘s protagonist aims to turn himself into a real-life Santa Claus for the children in his town. His murderous rampage is just a byproduct of the people around him.

It’s an important distinction, too, because director Lewis Jackson does a great job during the film’s first act setting up the scope of Harry’s mania. His obsession with Santa and Christmas has carried over from his own experience finding out that Santa isn’t real, and his attempts to mold himself in that image are some of the most interesting aspects of the film. Jackson’s direction makes Harry into a chilling character, and Maggart puts in a great performance as well; the early moments when Harry is simply spying on children in the neighborhood, before he’s fully realized his plan to become Santa, hint at his dementia and, in a way, pedophilia. It’s uncomfortable, and although Harry is supposed to be a sympathetic character, these first scenes show how warped he truly is.

From there, Christmas Evil loses some of its steam. Its middle act is slow and tedious, and a lot of the action doesn’t take place until nearly the end of the film. The problem is that Harry’s actions don’t really mesh with his intentions, and the film never seems to know what it wants to do with him once Harry “becomes” Santa. While certain scenes are memorable – like Harry literally trying to stuff himself down a chimney – it’s not enough to keep the film moving at a fast clip.

The film’s off-the-rails attitude is most apparent in the conclusion when Harry, driven off the road by a mob of angry villagers with torches, takes flight with his sleigh-van. It’s a cheesy and inconsistent way to end the film, since, for the most part, Christmas Evil takes things pretty seriously, and it really doesn’t make a statement on how the audience is supposed to feel about Harry.

Still, the film has some good atmosphere thanks to its moody ’80s Christmas decor and cold wintry weather, and its first act is a deliciously demented look at a man who has deemed himself Santa. Christmas Evil lacks a strong conclusion, but as Christmas horror goes, this is a fairly fun cult yuletide movie.

Violence is actually pretty mundane here. Harry does murder three people on church steps with a toy soldier, stabbing one of them in the eye. But the rest of the kills are fairly bloodless, and certainly not very disturbing.

No nudity besides the film’s first scene when Santa gropes his wife’s leg. Other than that, surprisingly nothing!