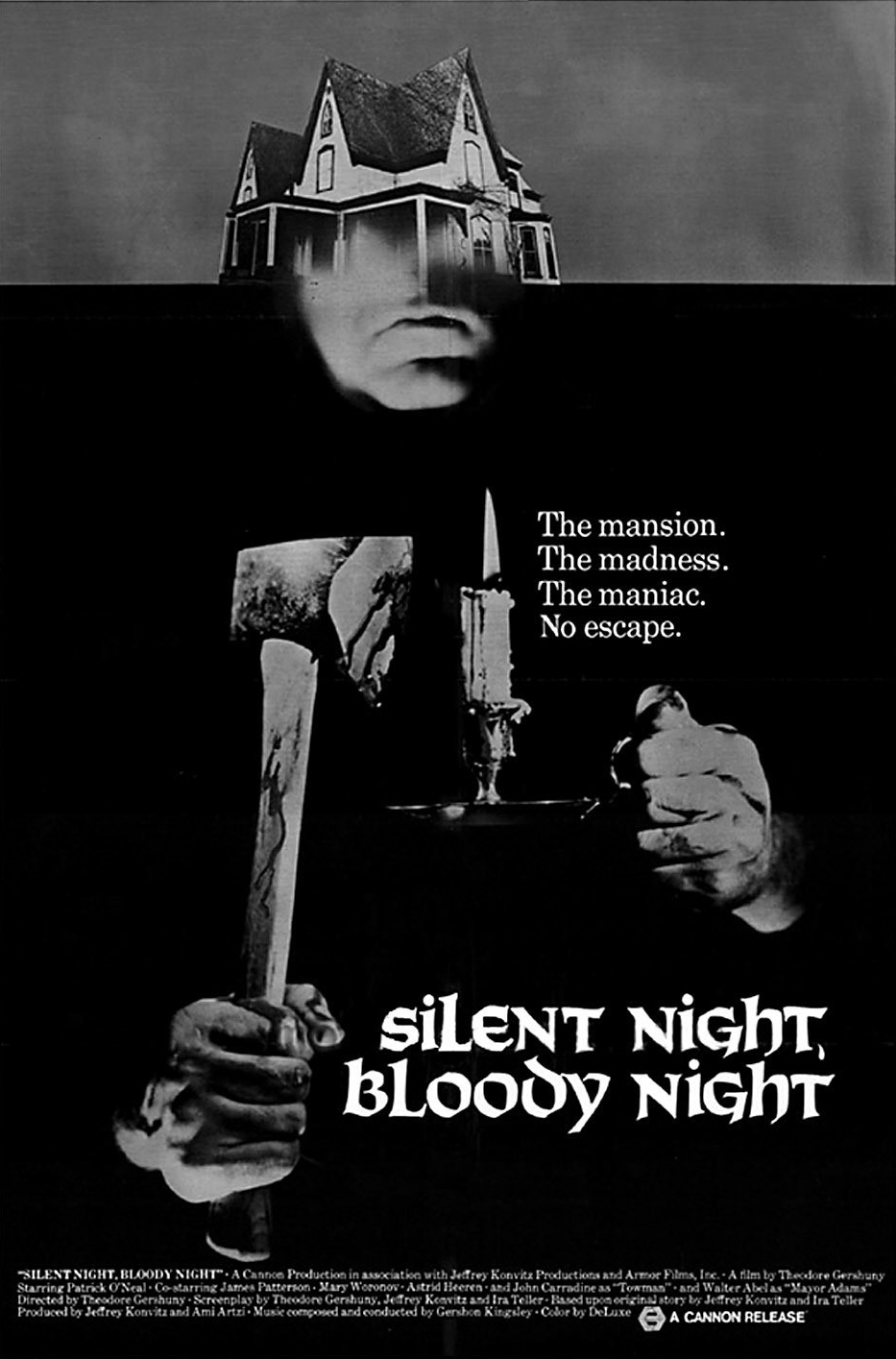 Before there was Silent Night, Deadly Night, there was Silent Night, Bloody Night. This 1972 holiday slasher has little in common with any of the Santa killers in most Christmas films; this one just happens to take place on Christmas Eve, with the dreary winter atmosphere setting the backdrop for a moody series of killings at an abandoned house that will be sold back to the town clergy on Christmas day. Instead of the usual yuletide shocks, Silent Night, Bloody Night takes things extremely slowly, with multiple character build-ups that lead nowhere and a giallo-esque first-person point of view. The results are mixed, but the film often feels surprisingly ahead of its time.

The most prominent element seems influenced from Alfred Hitchcock; John Carter (Patrick O’Neal), a lawyer helping to finesse a deal with the townspeople to sell the house, is the audience’s main anchor throughout the opening of the film, and yet he and his mistress (Astrid Heeren) are quickly dispatched during a brutal ax murder. Eventually, director Theodore Gershuny switches to the house’s owner’s grandson Jeffrey Butler (James Patterson) and the mayor’s daughter Diane (Mary Woronov), who figure out that something is amiss at the Butler household when Diane keeps receiving strange phone calls indicating that a woman named Marianne is waiting at the house.

Gershuny infuses Silent Night, Bloody Night with a lot of dark ambiance; it also helps that the Christmas aspect of the film is downplayed except for the eerie glow of the large vibrant lights. When Gershuny follows the killer’s point of view, the audience is treated to the killer’s odd vocal inflections when talking on the phone. All of this adds up to a suspenseful aura, and Silent Night, Bloody Night makes the most of this with its sporadic killings – spaced well throughout the film’s slow burn.

Its one mistake is delivering all of its flashback events with a narrative voiceover; the exposition is forced rather than authentically uncovered throughout the film, and it’s an incredibly clunky way to deliver the surprise the plot contains. It’s too bad, too, because most of the events that occurred in the Butler household don’t even need to be visualized in the ugly sepia footage Gershuny provides. It also doesn’t help that the reality of the plot doesn’t make a whole lot of sense, but I guess the 1950s were a different time – that’s all I’ll say so I don’t spoil the reveal.

While Silent Night, Bloody Night isn’t incredibly Christmas-y, if you like the dark and cold atmospheres of Black Christmas or Christmas Evil, this is a perfect accompaniment to a dreadful, stormy holiday night. This is a slick and strange ’70s slasher, and it’s also one of the more promising films to come out of that era.