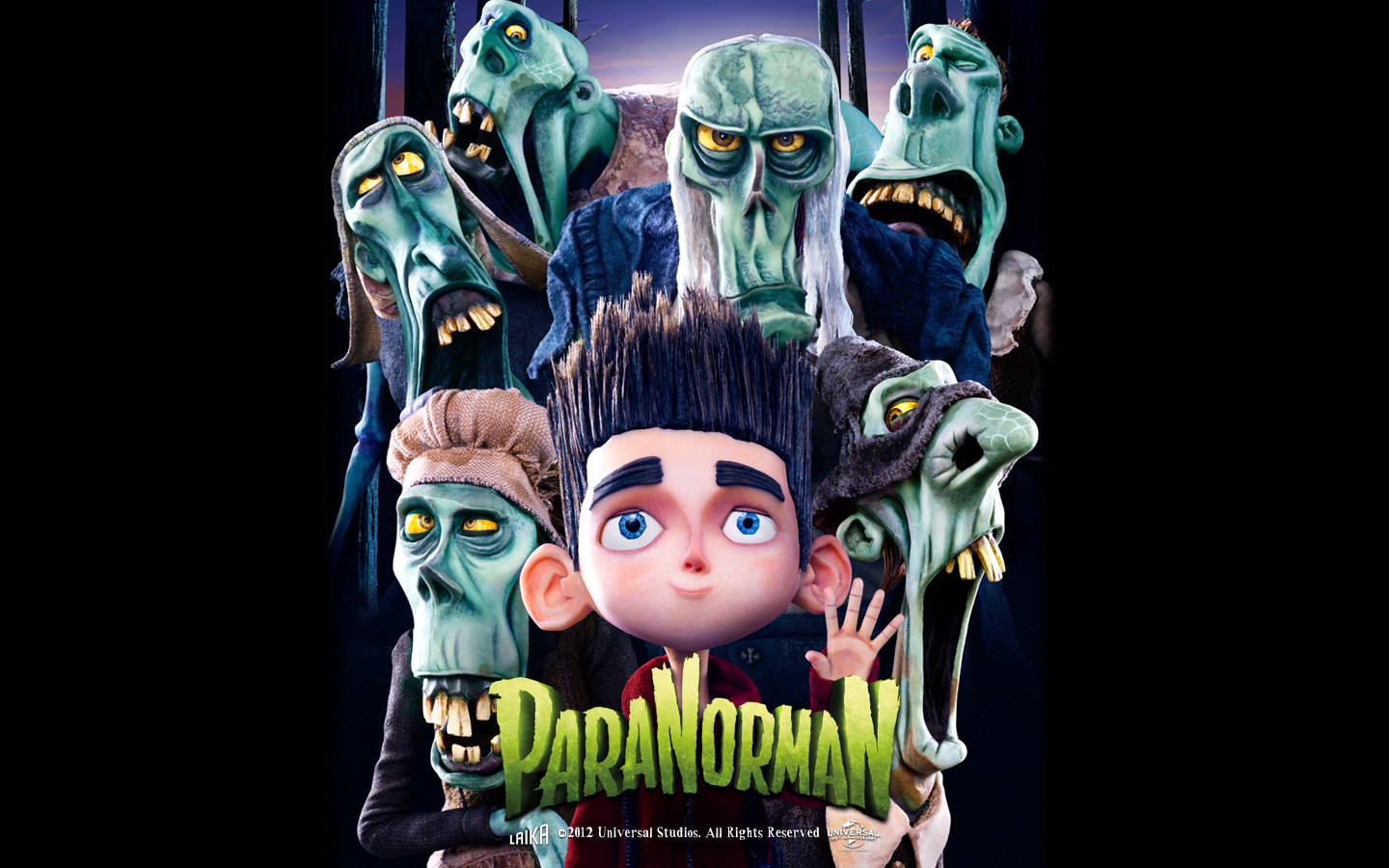 Warning: this does contain some spoilers.

On the surface, ParaNorman seems like a fun kids’ movie about an eleven-year-old who can see ghosts and has to save his small town – basically Salem, MA but with a few more adult puns – from a witch’s curse. It has all the trappings of a feel-good animation with Halloween-esque atmosphere: funny jokes, characters with exaggerated anatomy, kids pulling books from dead rigor-mortised fingers – you get the gist. But as ParaNorman journeys to its conclusion – a path that includes not just witches and ghosts but also limbless zombies – writer Chris Butler’s script gets more introspective than some of its audience demographic might be able to understand, leading to a finale that seems happy despite the darkness lingering underneath.

Butler’s story is primarily about understanding other people despite their oddness, and a lot of that is played up for laughs thanks to Norman’s paranormal skills. Since he can talk to ghosts, he’s been ostracized from the rest of the community because of his weird antics – he walks to school seemingly talking to himself, claims he can see his dead grandmother, and plays with the apparition of a roadkill raccoon, so he’s obviously not making a ton of friends. Likewise, his friend Neil is bullied because he’s fat, a fact that Neil doesn’t try to deny especially thanks to his naivete.

Besides some pointed pokes at Neil’s weight, the film finds humor in Norman’s loneliness more than it focuses on his sadness. And when Norman inevitably saves the town from the witch’s curse and its destruction, he’s celebrated: his strangeness was actually a boon, giving him the strength to stop the paranormal from running amok. It’s a happy ending where the weird are recognized for their gifts rather than mocked for them, where the protagonists become the heroes and live a presumably happy life now that everyone understands them.

But ParaNorman‘s dead are different. The witch’s curse is not cast by an ugly green wart-nosed hag but a little girl, sentenced to death during the witch trials by a judge and townsfolk who didn’t understand her. The zombies are not reanimated dead without recognition or brain activity, but those townspeople cursed to rise every year. Their lot is a terrible one, full of guilt, regret, and sadness – an inability to cope with what happened hundreds of years before.

Though Norman can stop the curse, putting the witch and the townsfolk to rest once and for all, the film’s conclusion doesn’t forget that there’s no happy ending for these characters. The witch Aggie settles down next to Norman by a favorite tree, first asking about her mommy and then inquiring if the copse is where she’s buried. It’s hard not to feel a pang of remorse for this little girl taken from her family and sentenced to a horrible execution; though ParaNorman obviously doesn’t dwell on the details (it’s a children’s film, for God’s sake), the implications are still here, in the animation and the moving score.

While Aggie finally gets to rest, it doesn’t change the horrible things that happened to her. It doesn’t take away the townspeople’s guilt that they’re forced to live with even in the afterlife. It doesn’t end the evil that humanity has and will again perpetrate, only dispels it for another year.

Despite Norman’s successes and his bravery, ParaNorman isn’t a happily-ever-after story: it’s a somber, realistic one where people die and their life’s work goes unfinished, where children are murdered and vilified. Leave it to children’s animation to make a viewer feel down even in its happy moments.