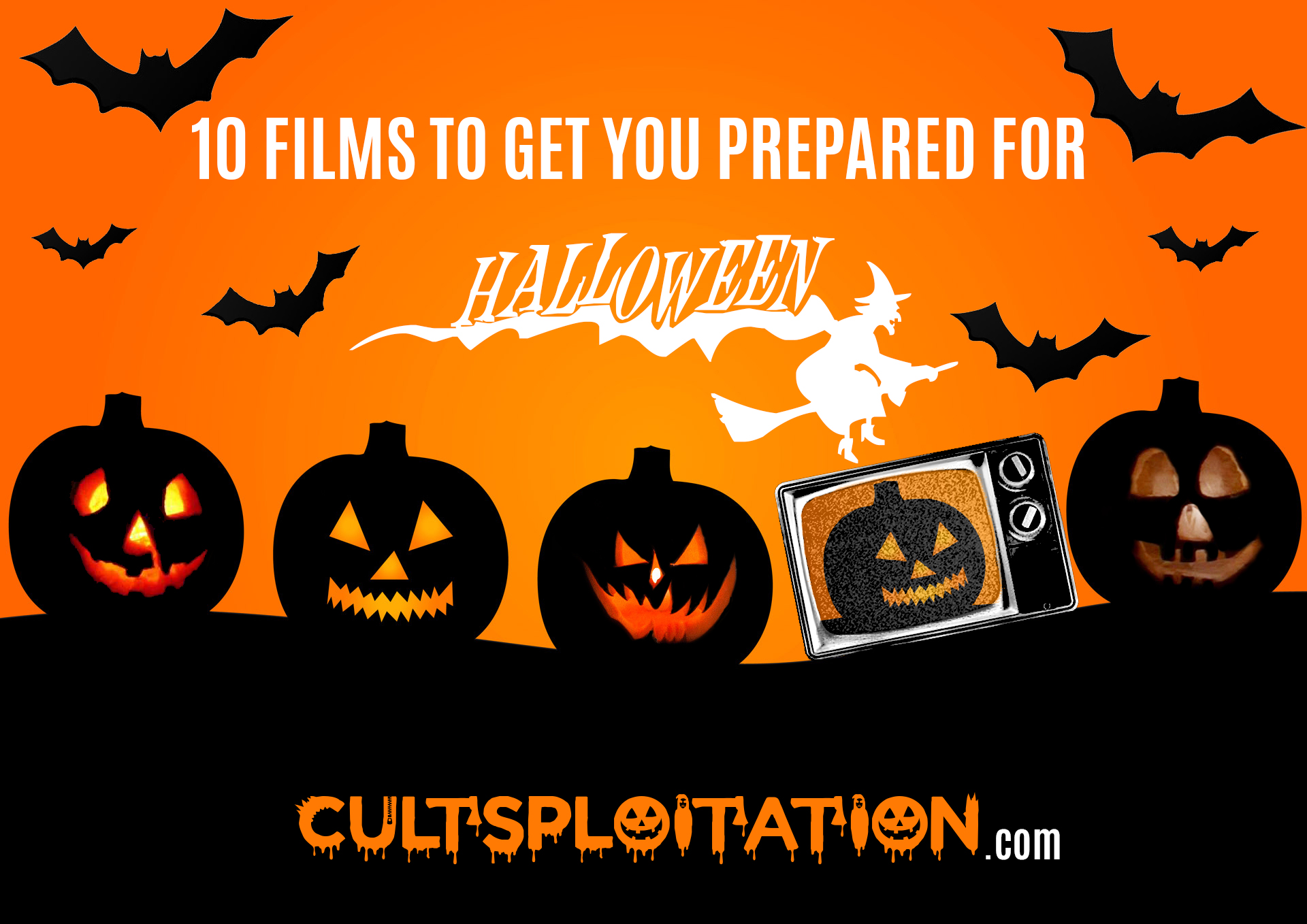 10 Films to Get You Prepared for Halloween

Though it’s still just the end of September, Halloween is right around the corner. For some, it might not feel like it yet – the stores are slow to get out their decorations (and in some cases they’re jumping right into Christmas); the weather is still unseasonably warm around the globe; the channels have yet to get to their special spooky programming. Luckily, for those of you still hesitant to transition to full Halloween mode, we at Cultsploitation have decided to ease you in 24/7 horror watching with ten cult-ish films that feature Halloween shenanigans despite not being the main attraction of the film. Below, find our picks for the ten best films set around Halloween.

Mean Girls finds time for plenty of seasonal hijinks, from Christmas to Valentine’s Day; but arguably its most fun moments occur during the Halloween costume party when Cady’s still working her way into the mean girl clique. Taking the costume party quite literally because of her naivete, Cady dresses like a bloody vampire bride – and quickly feels out of place when everyone else shows up with cute – and often sexy – costumes. Mean Girls does a great job of setting the atmosphere with its party paraphernalia but it also emphasizes the fun (and perhaps the sluttiness) of the season; and it’s never a bad thing to have Lacey Chabert running around in a catsuit.

You probably got so caught up in how bad Batman Forever is that you forgot that it’s actually set around Halloween! Bruce Wayne throws a Halloween party, Alfred hands out candy to trick-or-treaters, and Two-Face and The Riddler get together to play some tricks of their own. While the film is pretty poorly regarded, you can at least revel in the brief Halloween scenes that Joel Schumacher has sketched together.

Speaking of Batman, that leads us right into a Bruce Wayne actor’s Halloween scene – Michael Keaton in Mr. Mom! (The film also recently got a Blu-Ray release from Shout Select, so go pick that up.) While the film doesn’t have much to do with Halloween at all, there is a brief sequence where Mr. Mom himself takes his kids out for a trick-or-treating adventure – with Ann Jillian sporting a sexy animal costume and also an excellent ET the Extraterrestrial mask. Speaking of…

E.T. the Extra-Terrestrial takes place all around Halloween, including a trick-or-treat scene where E.T. goes out as a ghost with a sheet over him! While I appreciate the Halloween aesthetic, I’ve got to be honest – one thing that always bugs me about this scene is that Halloween is occurring in daylight. It makes me cringe – I don’t want to be trick-or-treating in the light, I want to be enveloped in darkness.

The 1982 horror comedy Wacko isn’t very well-known, so now’s a perfect chance for you to check it out. The film makes fun of slasher films first and foremost in the same vein as Student Bodies; however, this one is heavily centered around Halloween as teens attempt to avoid the Lawnmower Killer. It’s goofy, it’s funny, and it’s got All Hallow’s Eve in it.

While Lady in White does transition from season to season, the opening of the film is what I consider a perfect representation of Halloween: small town life, tons of bright falling leaves, and houses with vintage decorations all over the place. Even the classic jack-o-lantern designs capture a feeling of nostalgia, even if I didn’t really live through that time period. The film itself is really fun too, but its Halloween aesthetics are the real draw.

Yes, that’s right: The Karate Kid does have a Halloween scene! It’s kind of hilarious: Daniel goes to his school dance as a shower so that he can avoid his bullies, but they find him anyway and take him outside to beat the crap out of him. However, Mr. Miyagi miraculously comes to the rescue and whoops all of their butts. You can also pick up an authentic Karate Kid skeleton costume if you have like $75 to spare.

Ms .45, also known as Angel of Vengeance, is a rape/revenge film from 1981 wherein a woman is raped twice in the same day; unable to cope, she begins to go on a murderous rampage (and in some ways, who can blame her?). Only the film’s conclusion is set during Halloween when the main character is invited to a Halloween party; she attends as a nun (the film’s a bit hamfisted with its metaphors) and proceeds to shoot many people with her titular .45 gun. As you can see from the GIF, there’s a lot of Halloween activity here!

Adam Wingard’s The Guest also takes place at a Halloween party, and the party itself is an excellent atmosphere of orange lights, sexy costumes, and jack-o-lantern dispersement. Also, though, the film contains an ode to Halloween III thanks to its soundtrack composed by Steve Moore utilizing similar synthesizers. So not only does this actually take place during Halloween: it’s also nostalgically reminiscent of the series as well!

WE NEED TO TALK ABOUT KEVIN

A fun moment in We Need to Talk About Kevin is when Tilda Swinton is driving home during Halloween night, tormented by kids in the neighborhood enjoying the treats, and more importantly tricks, of the event. It’s a short moment in the film itself but it does help to highlight the themes about evil children within the film.