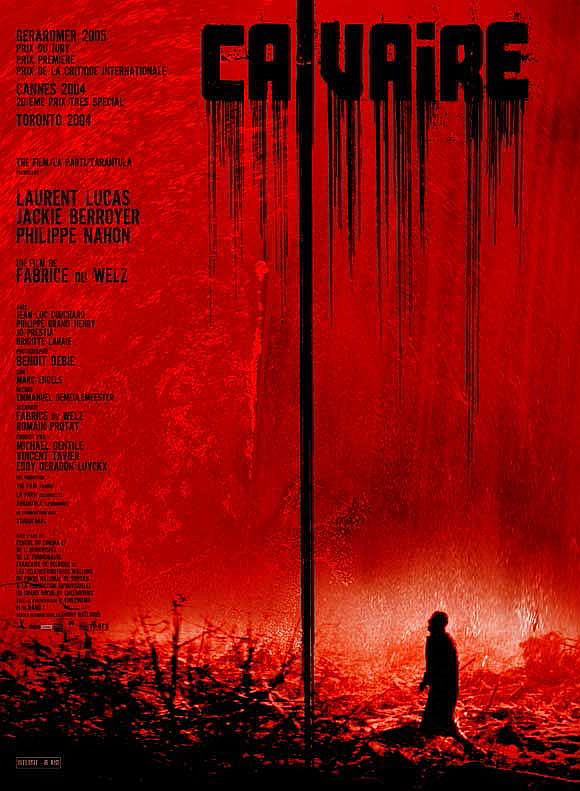 Reviewing the Virtues of an Underrated Belgian Masterpiece

Every so often, it’s nice to change things up. Take, for example, your choice of cinema. There’s nothing wrong with a departure from the ordinary. The worst-case scenario is that you might not like the switch, while the best is that you could potentially discover a whole host of new favorites. There is very little to lose and a lot to gain. I know this for a fact because I’ve done it. Lately, I have been watching a lot of French horror films. They are a breath of fresh air compared to the American and Italian titles that I’m used to viewing. While I am still an enthusiast of the latter two categories, the former has definitely presented me with some new perspective.

Typically, they are intensely atmospheric pictures, steeped in an almost oppressive feeling of melancholy. The French have really mastered the art of permeating their work with a strong sense of dread. This results in some emotionally powerful horror films, which tend to stick with the audience long after the credits cease to roll. Coupled with the often transgressive content, it is a real recipe for terror, making these movies some of the very best that the genre has to offer. From Eyes Without a Face to Martyrs, it is a formula that has proven, time and again, to be amazingly effective. 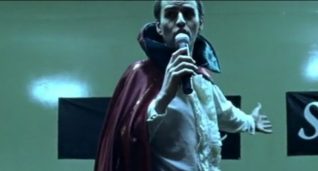 Using Fear as a Medium

One fantastic example of a French horror title is the 2004 film Calvaire. Although it is technically Belgian, it still embodies the above description perfectly. The movie is incredibly distressing and is certainly not meant for the faint of heart. However, beneath its severe content lays a considerable amount of artistic flair. It is a film that’s saturated in imagery, with a lot available for the viewer to unpack. With underlying themes regarding both religion and gender, it isn’t just a thoughtless bloodbath that kills for the sheer sake of it. Instead, it seeks to unsettle you on a deeply visceral level, which is a task that I would say it succeeds in beautifully.

The plot of Calvaire follows a traveling entertainer named Marc, who finds himself stranded along an isolated stretch of the Belgian countryside. After his van breaks down during a nasty storm, he encounters a local man on the road who subsequently points him in the direction of an inn where he can find some help. When he arrives, he meets the proprietor, an eccentric older gentleman named Bartel, who offers to arrange for his vehicle to be fixed the following day.

As time goes on, Bartel’s behavior grows increasingly strange and troublesome. He continually drags out Marc’s stay with a long string of dubious excuses until the young man can take no more, and he finally attempts to leave without his host’s assistance. What follows can only be described as a slow descent into the bowels of Hell itself, as Bartel makes his true intentions toward his guest abundantly clear. Marc is to serve as a replacement for the old man’s dearly departed wife – regardless of whether he wants to or not.

A Terrifying Diatribe on the Delivery of Pain

The highlight of Calvaire is, by far, Lucas Laurent’s portrayal of Marc. During all of his awful hardships, you simply can’t help but have genuine sympathy for the guy. His character encapsulates a horrendous state of suffering, and you can really feel Marc’s pain and humiliation throughout the entire ordeal. Although he doesn’t undergo much physical torture, the psychological torment that he endures is substantial. Notably, there is a significant, underlying threat of sexual violence that lingers around the events of the film. It is an ever-present menace that contributes immensely to the suffocating anxiety of the situation. Laurent’s skill as an actor really helps to drive this aspect of the plot home. Without it, Calvaire would not have been anywhere near as potent.

Aside from Laurent’s stunning performance, the film is also notable for its surreal visuals and storyline. Calvaire is full of nightmarish moments, guaranteed to throw even the most seasoned of horror fans for a loop. These scenes are astonishingly bizarre, which only adds to the overall discomfort of what you’re being confronted with. As for the rest of the film, the general ambiance is one of implied misery. The scenery surrounding the location feels cold and dismal, with the whole thing radiating a foreboding sense of loneliness. 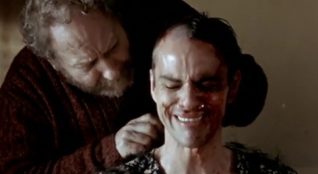 Calvaire shares many similarities to another outstanding horror film, The Texas Chainsaw Massacre. While you may initially put this down to similar plot devices and settings, the connection actually goes far deeper than that. For starters, there is a lack of music present in both movies. The instances where it is used seem to be done with the sole purpose of making the audience feel uncomfortable. This absence of a score achieves an eerie effect, giving Calvaire a primal edge that’s simultaneously both nerve-wracking and sobering. There are also many cinematographical cues taken from Tobe Hooper’s 1974 classic. This includes a dinner scene that is remarkably reminiscent in terms of its style. While some people may see this as a rip-off, I prefer to think of it as a loving homage. Either way, it works wonders in the film’s context.

And then there is the growing madness of the main character at the hands of his already deranged captors. Several segments in the film harken back to Marilyn Burns’ ill-fated heroine Sally Hardesty. What makes this particularly interesting, though, is the forced reversal of genders that we see in Calvaire. The atrocious circumstances faced by the male protagonist are usually something exclusively reserved for women in the genre. It makes for a particularly jarring watch, especially for those who don’t like to stray too far away from tradition. Personally, I think that it serves as a commentary on gender roles, not only within horror but within our society as a whole. It effectively puts the shoe on the other foot, offering many avenues in which the story can be interpreted. However you choose to look at it, this makes Calvaire stand as a unique outlier among its cinematic peers.

Calvaire is a spectacular film. While it is extraordinarily fucked up, it is also an unforgettable experience for those who dare to see it. There is simply so much more to this movie than meets the eye. Hell, I’ve barely even scratched the surface of the plot in this article. Although this was mostly in the interest of avoiding spoilers, the fact remains – there is always something else to say about director Fabrice du Welz’s guttural 2004 masterpiece of the macabre.

It is for these reasons that I present Calvaire with a near-perfect score. I adore this movie and think that all fans of extreme horror should see it at least once. Aside from being an intelligent journey into the heart of darkness, it will also leave most people who see it quite rattled. Trust me, while you might not enjoy the things that you witness, they will definitely stick around in the murky recesses of your memory.

The Sights
The Sounds
The Story
Reader Rating0 Votes
4.7

You can view the trailer for Calvaire (2004), courtesy of the Dead Good, below.

If you enjoyed this review, check out more like it here.