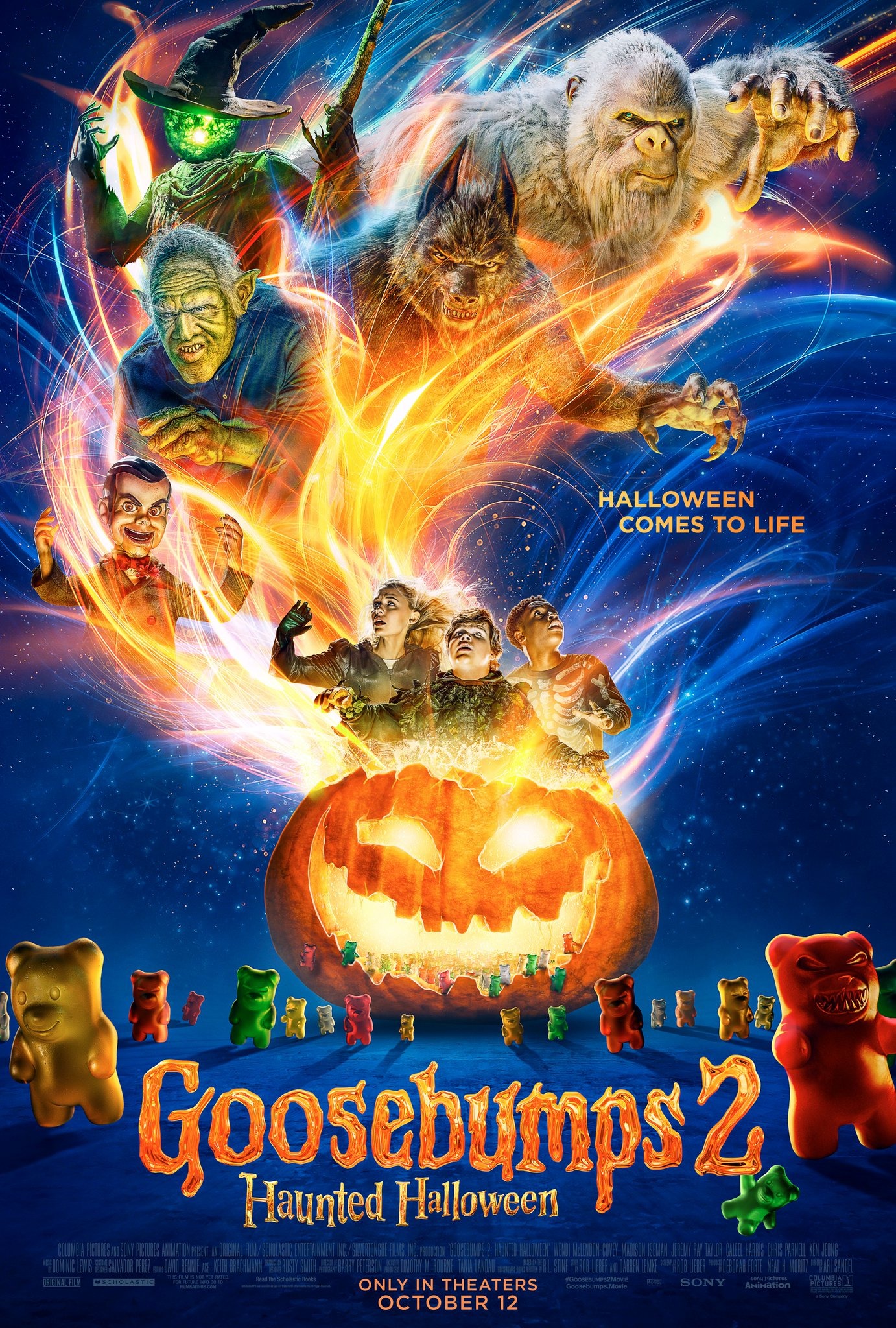 As kids films go, Goosebumps 2: Haunted Halloween is primarily a success thanks to its spooky Halloween atmosphere and everything-and-the-kitchen-sink approach to monsters. For adult viewers, the writing and lack of Stine's creations can disappoint.
Film
Reader Rating0 Votes
3.5

If you told me ten years ago that Goosebumps would make a comeback with not one but two live-action theatrical releases, I would have told you to say cheese and die. But that is exactly what R.L. Stine’s franchise has done thanks to the delightful 2015 release from director Rob Letterman and writer Darren Lemke; it was a surprisingly robust display of all of Stine’s creations, aided by an effervescent Jack Black as the author battling his own monsters. Three years later, neither Letterman or Lemke have returned for Goosebumps 2: Haunted Halloween, but director Ari Sandel and screenwriter Rob Lieber attempt to capture the magic of the first film by bringing one of Stine’s most well-known monsters, Slappy the dummy, to life once again.

This time, they’re doubling down on the fun by focusing on the Halloween season as well. This is primarily the crux of Lieber’s storyline: it’s Halloween, two young kids named Sonny (Jeremy Ray Taylor) and Sam (Caleel Harris) accidentally stumble upon one of Stine’s first books called Haunted Halloween, and they unleash Slappy by invoking the magic phrase. From there, Slappy gets a bit jealous and decides to bring to life all of the town’s Halloween decorations. Presto chango – the town’s in trouble, and it’s up to Sam, Sonny, and his sister Sarah (Madison Iseman) to put things back to normal.

What immediately stands out about Goosebumps 2 is the lack of Stine elements this time around. Sure, there’s the Abominable Snowman of Pasadena wandering around town and the pumpkin things from Attack of the Jack-o-Lanterns, but for the most part Letterman’s creatures are fairly generic Halloween decorations like ghosts, witches, and a giant spider made of balloons. It’s entertaining and fun on the one hand, but as a Goosebumps adaptation, it doesn’t quite meet expectations. Perhaps that’s why there’s a lot of forced dialogue simply name-dropping Stine’s books.

There’s also the other abominable snowman in the room – Stine as a character is mostly absent from Goosebumps 2, with Jack Black even going uncredited altogether. Some of Black’s inclusion almost feel like reshoots, as though test audiences reacted poorly to a Stine-less entry in the Goosebumps canon. Whatever the case, it’s certainly a strange decision to have Black pushed to the side, in the film for maybe five minutes, when Haunted Halloween is primarily about his early work as a generic writer learning how to craft better stories.

Still, even despite those issues, Goosebumps 2 is a fun ride that never overstays its welcome. While its writing often suffers from stale jokes and parents poking fun at millennials, there are a number of good moments here including a delightful budding romance between Wendi McLendon-Covey and Chris Parnell and some spooky kiddy-sized scares. Goosebumps 2: Haunted Halloween isn’t as impressive as the first film, and it may suffer from the same criticism of stale tropes as Black brings up during the film about his own book, but as a kids’ Halloween film, it still offers a haunted hayride of holiday enjoyment.