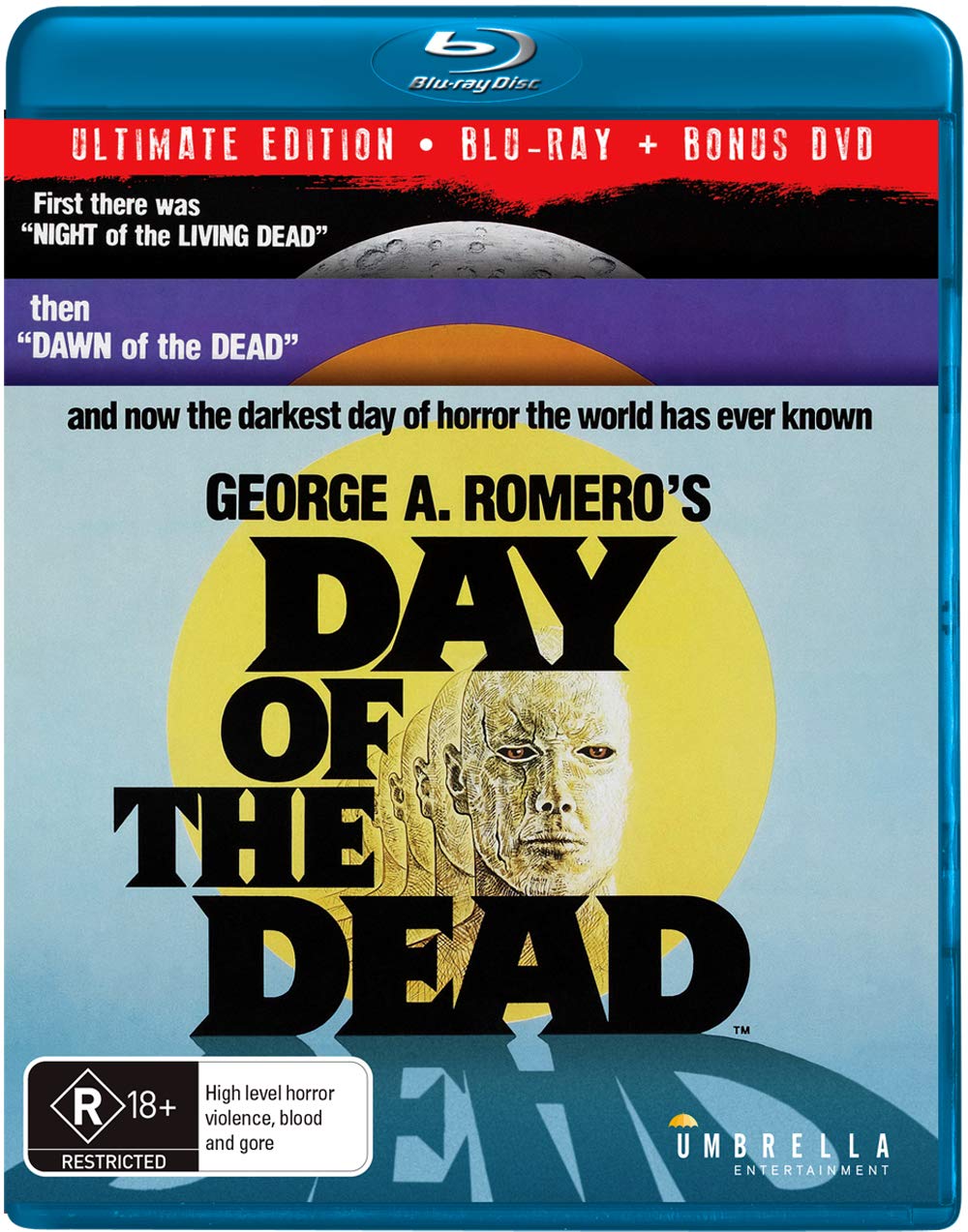 I’m not going to waste your time with a review of Day of the Dead. There are a billion reviews out there for the movie already. I love the film, even though it’s considered the weakest of the trilogy. George Romero’s original idea would have been epic, but the scaled-down version is still pretty gnarly. Most of that is thanks to Tom Savini’s effects, George Romero’s direction, and some fantastic music by John Harrison. That’s my short and to the point opinion on Day of the Dead.

So what are we here to discuss? We are here to look at the newest two-disc Ultimate Edition Blu-ray of Day of the Dead from Umbrella Entertainment. I think the easiest way to structure this review is to look at how the video compares to other releases, and then see what extra features are included on the disc, also compared to the past versions.

First up, we have the video and to be frank, the quality looks almost on par with Scream Factory’s Collector’s Edition release back in 2013. The image is a slight bit brighter, but it’s pretty darn close to being the same. If you didn’t like the warmer tone of Scream’s, you’ll also not like Umbrella’s release.

For comparison sake, here are a couple screenshots from the Arrow Video release:

Now that video is out of the way, we can look at the Extra Features. Umbrella Entertainment has gone ahead and put on most of the features from Scream Factory, Arrow’s, and Anchor Bay’s past releases. There is nothing new on the Blu-ray regarding features, but it is very nice to have almost all of them on one Blu-ray release (note, the second disc is DVD, but those features have never been HD quality.)

I hope this look at Umbrella Entertainment’s release has made your decision easier. I highly recommend this release. Currently, it is the best one out there.

Umbrella Entertainment have cobbled together loads of features and a solid transfer for George Romero's Day of the Dead.
Film
Blu-ray
Reader Rating1 Vote
4.6
Hosting screenshots is expensive. If you want to see more galleries, consider donating!