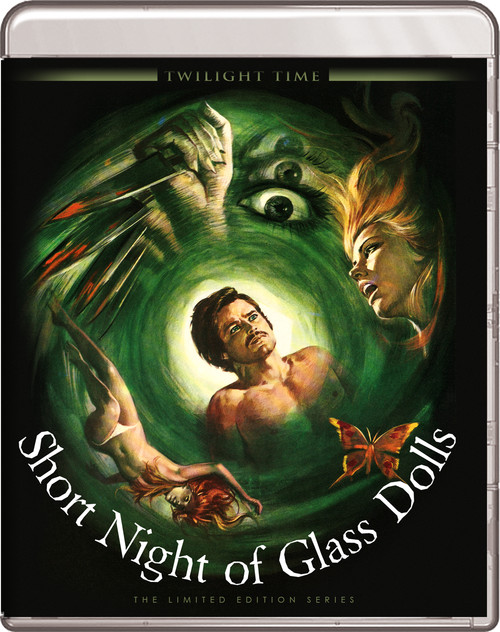 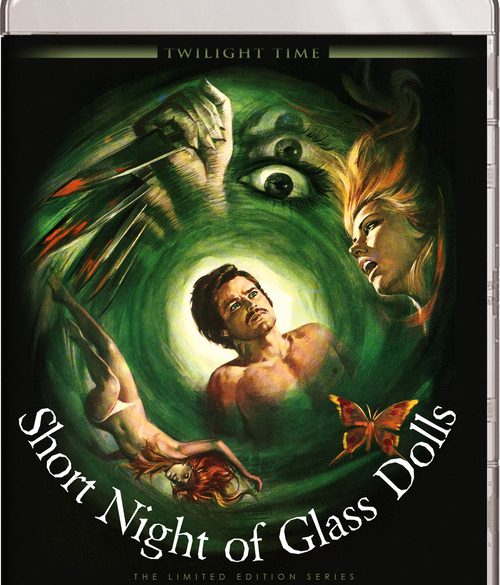 Short Night of Glass Dolls spins a yarn that will leave you guessing until the shocking ending. Twilight Time releases a Blu-ray light on features but has solid audio and video.
Film
Blu-ray
Reader Rating0 Votes
4.1

Serious question. Should Short Night of Glass Dolls be classified as a Giallo? The usual definition of a Giallo is as follows: “A very stylish Italian suspense-thriller. The killer usually dons black leather gloves.” Now, technically Giallo means Yellow in Italian, which was the colour of a series of yellow-coloured thriller books. However, since Mario Bava and Dario Argento solidified Giallo as being a thriller that features over the top murders and black-gloved killers, that’s what we have come to think of as Giallo. So, once again, does Short Night of Glass Dolls classify as a Giallo? It only features one on-screen murder and no black gloves. However, it features a mystery-laced thriller, steeped in a whodunnit scenario. Personally for me, yes the film does fall under the Giallo genre.

Okay, let’s see what Short Night of Glass Dolls is all about. The film stars Jean Sorel as Gregory Moore, who ends up in a morgue supposedly dead. However, he isn’t dead, but in some weird state that makes everyone think he is deceased but is conscious of everything that is happening around him. While he sits on a morgue slab, he dissects everything that put him in this current situation. His girlfriend, played by Barbara Bach, is missing and he doesn’t know what happened to her. The film bounces back and forth between his present situation and his past circumstances that brought him to this cold, steely platform that rests his supposedly dead body. As Gregory remembers everything that brought him here, the viewer is subjected to a crazy story of mystery, intrigue and obscene scenarios that will baffle the mind. Eventually, everything acclimates in an ending that you will not see coming.

Short Night of Glass Dolls doesn’t seem like a typical Giallo film, but Director Aldo Lado manages to spin a tale that keeps the viewer intrigued as to what exactly put Gregory in his current situation. You’ll be gripped from the start, and you won’t see what is going to go down all the way until the final credits roll. Some will be disappointed in the resolution, as certain viewers would prefer a happier ending, but honestly, this is the only way the film could end. It ends on despair, and it encapsulates everything that Gregory has gone through and proves that not all stories have a happy ending.

Short Night of Glass Dolls has been released on Blu-ray from several different companies. 88 Films released it for the UK crowd, and both Camera Obscura and Alive have released it for German crowds. However, the version I’m talking about is the US release from Twilight Time limited to 3000 copies. It seems that the Twilight Time release is similar to the 88 Films release. This means we get a solid enough transfer, with only a slight bit of dirt and damage. Colour representation is quite nice with fine black levels. However, the Camera Obscura release seems to have a much more even grain, whereas the TT and 88 Films release has a bit a muddled look to the grain. The audio presentation is DTS-HD Master Audio 2.0 for both the English and Italian dubs. No issues cropped up for me. (Head over to caps-a-holic to see the differences between Camera Obscura and the 88 Films release to get a better idea of what the Twilight Time Blu will look like.)

Unfortunately, extras for the Twilight Time Blu-ray release land on the light side. We do get an audio commentary with Film Historians David Del Valle and Matteo Molinari, and an isolated soundtrack from Ennio Morricone, who is always solid. Finishing everything off is an English and Italian trailer. No featurettes that Camera Obscura included.