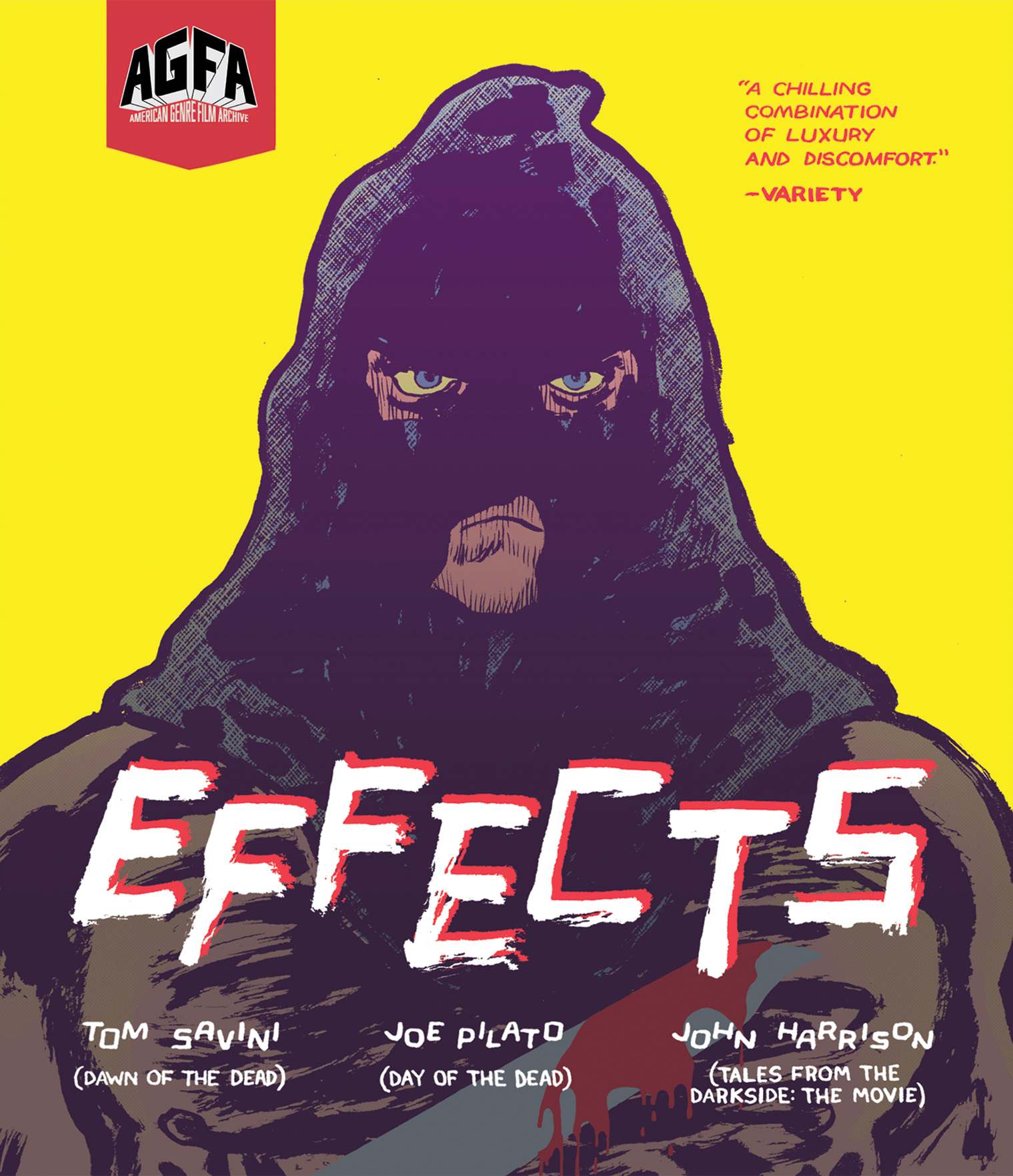 Director Lacey Bickel is in the process of shooting a horror film, but secretly he is making a snuff film! Unbeknownst to some of the cast and crew, they are being filmed all around the set and eventually, the good stuff that all snuff lovers love is about to go down…eventually. It just takes some time to get to it.

Effects is a collaboration of friends who wanted to make a fun horror film on the cheap. Scrounging up some loose change (when was $55,000 ever considered “loose change”?), some friends of George A. Romero (RIP) got together and made a horror film guerilla style. Effects is a bit on the slow end and takes some time to get going, but once the film reveals its true intention, it becomes a no holds barred intense ride to the final minute. If you can manage to get through the first slowish 1 hour, the final 20 minutes make the film much better. In fact, after the ending rolled around, I wanted to watch the film again to pick up on what I missed. That says something.

Effects stars a bunch of people you may or may not know. Right away you are going to notice the main lead, Joseph Pilato, who starred as the evil Rhodes in Day of the Dead. (Funny enough, the film Night of the Living Dead is mentioned in Effects.) Also showing up is Tom Savini playing a sleazeball and John Harrison, who directed several Tales from the Darkside episodes and the Darkside movie. Horror films will be getting a kick out of seeing some early acting work from some notable genre staples.

It certainly appears that Effects was shot on the lower end of the budget scale, with smaller sets and some stilted acting. However, the heart and soul that was put into getting this film made shows up on screen, and the film turned out to be a much better movie than many other low budget films of its time. It’s a damn shame the film had such a troubled history getting it distributed as I think it would have taken off if given the opportunity.

Effects isn’t a violent film. Any time blood appears on screen it’s usually a prop being tested out for the film within the film. The flick tends to shy away from the practical effects, which is funny given the name of the movie and the people behind it.

We start things off pretty good with a soapy shower, eventually leading into some boobs during a snuff film, and a few sexual interactions being filmed without prior consent. We don’t see much more, though, save for some hairy legs and a man’s butt. Sadly, no Tom Savini nudity to be found.

American Genre Film Archive (AGFA) has released Effects on a Blu-ray package that features a rough video transfer. Nevertheless, the film has been cleaned up by doing a 4K scan of the only 35mm theatrical print in existence. There are numerous instances of dirt and debris, but this only gives the film a more proper low budget, snuff film look. To me, this is one time where a poor transfer helps the movie.

Audio fares better with DTS-HD Master Audio 2.0  and has no apparent hiss and distortion occurring, at least not enough to distract from your listening experience.

The Blu-ray features a 1 hour documentary on the film titled After Effects, which was shot in 2004. It features interviews with everyone involved in the making of the film, along with George A. Romero. There is an optional commentary from Michael Felsher, who shot the documentary. Rounding out the features are two short films by John Harrison and Dusty Nelson, and finally an archival commentary track with John Harrison, Dusty Nelson, and Pasquale.

AGFA, along with MVD Entertainment Group, has done a splendid job releasing Effects on Blu-ray and fans will finally get to see this interesting horror film the way it was meant to be seen.