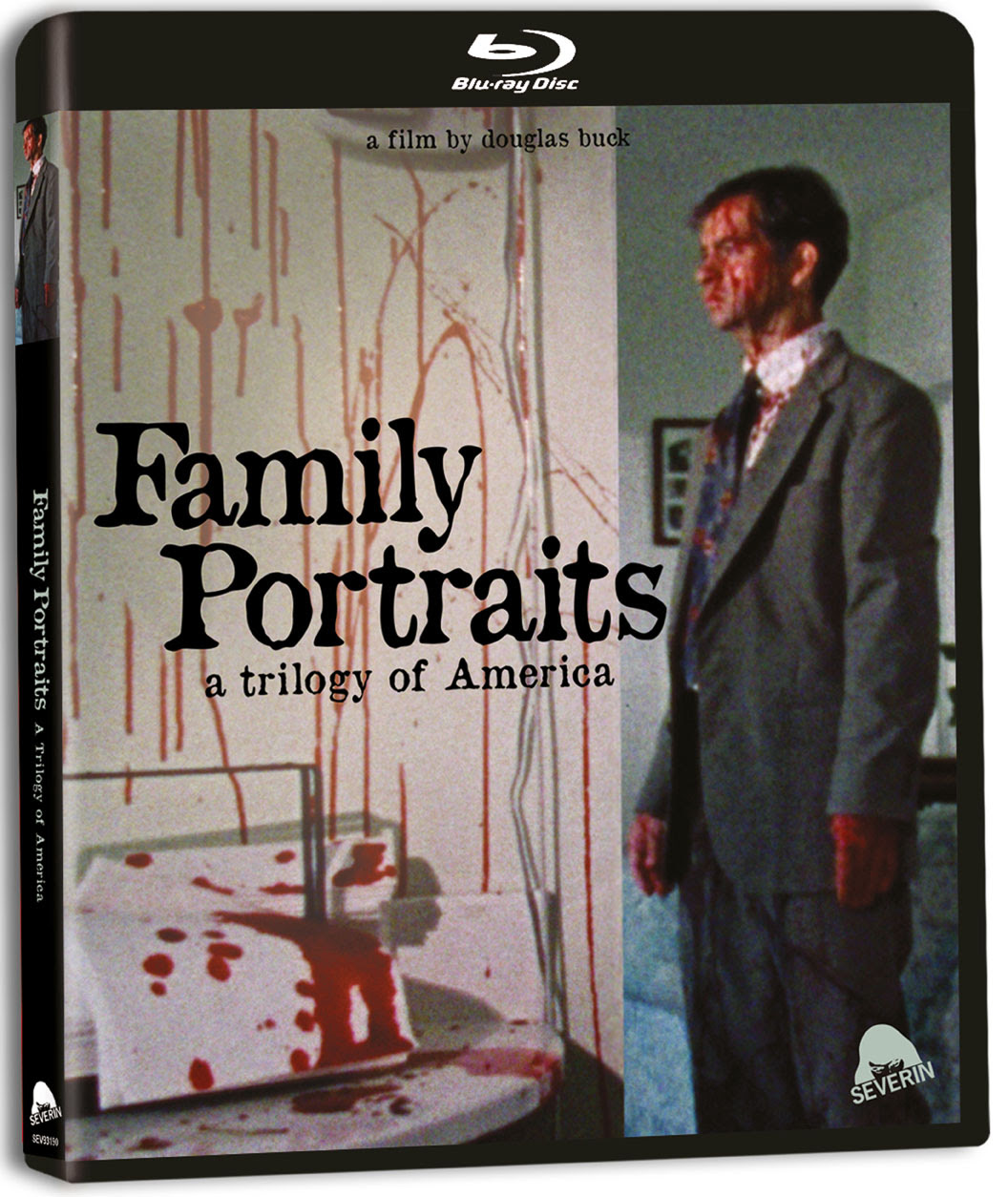 Admit it - you're here for Cutting Moments

Douglas Buck’s Family Portraits: A Trilogy of America actually started out as three short films over the span of a few years that, because of their interconnected themes, were eventually edited into an anthology. Their moods, too, are consistent: oppressive, bleak, and dingy. Despite being composed at different times, Family Portraits still feels remarkably well-connected, and each of three stories are here represented not by their original shorts’ names, but by parts of a whole.

The first short is “Cutting Moments,” which was originally released in 1997. Interestingly, this short is probably one of Buck’s most well-known offerings due to its visceral content; its penchant for keeping the camera trained on the female protagonist’s carnage with unflinching rawness adds to its abusive, disturbing atmosphere. Its story relies mostly on wordlessness, a concept that can make the short feel overwhelmingly slow despite its relatively abbreviated running time. But Buck’s focus on brutality and overt imagery is almost certainly what viewers will remember most, with its subversive concept mostly put on the backburner despite some hints at pedophilia and molestation.

The second short is the weakest of the bunch, entitled “Home.” Gary Betsworth is again tasked with the leading role here, about an oppressed and abused boy who grows up to… become an oppressive, abusive father and husband, albeit in a different way than the flashbacks involving his father. Again, Buck aims for a subversive theme about the things that happen at home and what we learn from them, but ultimately “Home” is too staid for its own good and the writing is not as affecting as he probably hoped. Rather than devastating, the short mostly comes off as overwrought.

The final, and longest, offering here is “Prologue,” which is also the most recent of the three shorts. This one is Buck’s best, managing the dread and oppression of the short’s storyline without overplaying those moments. Its elements also feel the most subversive of three tales: there’s a woman involved in a terrible attack who has lost her hands, dealing with coming home and finding the rest of her normal world has moved on without her. But she’s also got to deal with the fact that her attacker is still in town. It’s a powerful statement about surviving brutality, about the evils that lurk in a seemingly pleasant place, and about how life can change in an instant. At the end, there’s a particularly poignant remark about how her life used to be like a princess’ – until it wasn’t.

While Family Portraits: A Trilogy of America is certainly dark and intentionally brooding, it also does feel a bit heavy-handed at times, and part of that could be attributed to the shorts’ origins as part of a school project. Viewers may be disturbed, they may be grossed out by “Cutting Moments”‘ extremeness, or they may simply be bored with the admittedly slow artistic endeavors. But one thing is for sure: all viewers are bound to have some opinion on Family Portraits.

Family Portraits was originally released on Blu-ray as part of Severin’s Black Friday 2020 sale, though not in limited supply like the others. It gets a new 2K scan from the original negative in 1.78:1 aspect ratio; however, each short is also available individually, with their original title cards intact. The presentation has its rough edges, mostly in terms of damage and debris due to the quality of the negative. However, grain is kept relatively minimal, and overall definition is strong, with good facial detail, consistent skin tones, and good color timing. While Family Portraits will never look extremely polished, Severin has done a great job preserving it here on Blu-ray.

Audio is a DTS-HD MA 2.0 mono track that sounds fairly clean despite some muffling that was most likely present in the original presentations due to recording limitations. English subtitles are also included on the feature film.

Extra features are quite extensive. Fans get audio commentaries with both Douglas Buck and Maitland McDonagh for the feature film, and each short also gets its own audio commentary with cast and crew – “Prologue” in particular is peppered with every major player in the short.

Also included is another Buck short called “After All,” which comes with some liner notes on the disc before play. This one was an early work by Buck and viewers can certainly tell, but it is nice to see this one restored for Blu-ray as well. Vintage “Cutting Moments” interviews are included in 480p, as well as three separate That’s Dark Podcast episodes, two centering on “Cutting Moments” and another a lengthy interview with Buck.

A deleted scene and behind-the-scenes featurette are included for “Prologue” in 480p, and stills galleries for all three shorts are available. Finally, a trailer rounds out the list of extras on this disc.

Family Portraits is depressing, disturbing, and overall divisive. Not every short works, but it is certainly worth a look for fans of bleak cinema. Severin Films has released a stacked Blu-ray that does Buck’s anthology a service by providing a great transfer and plenty of features. 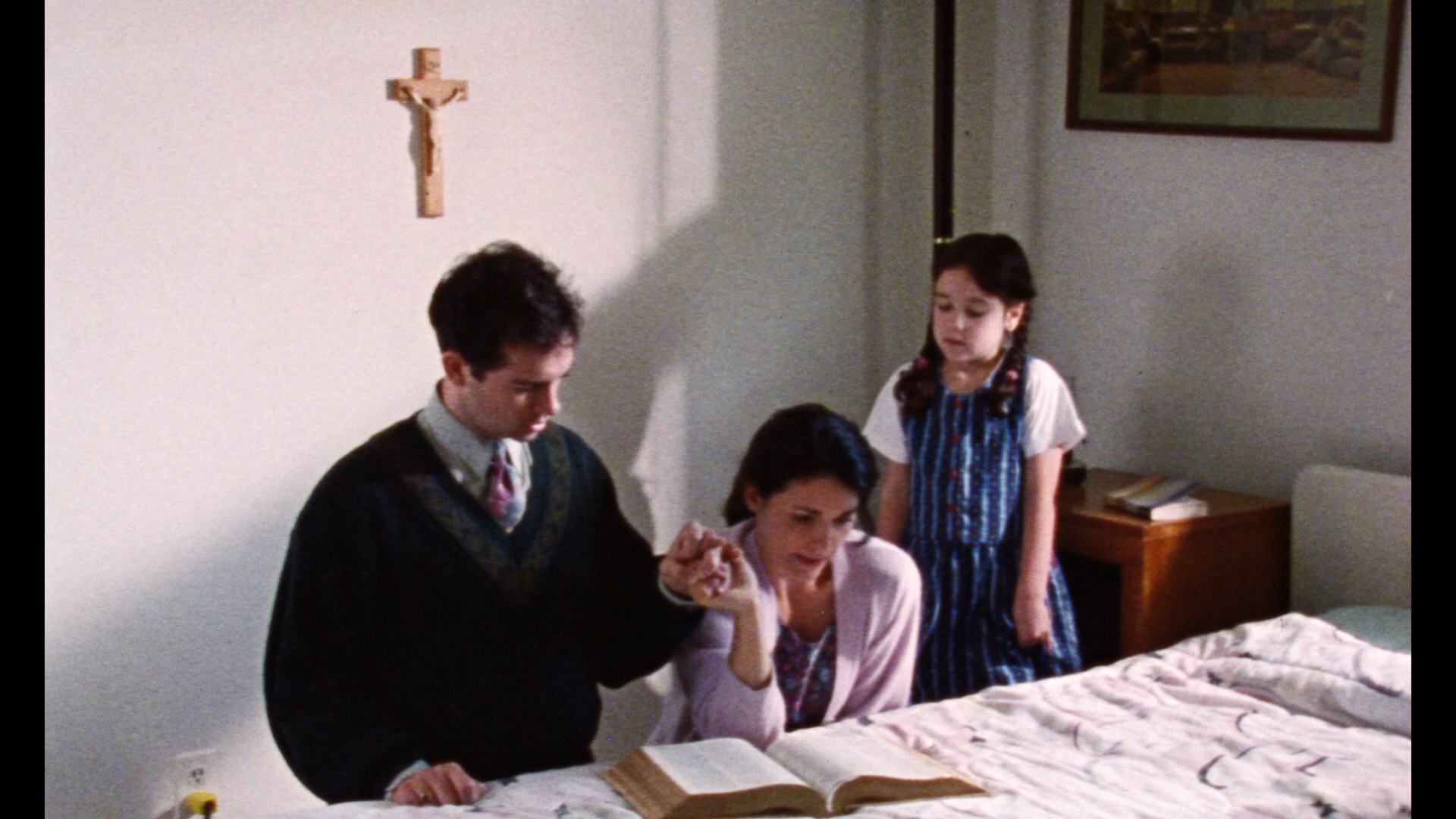 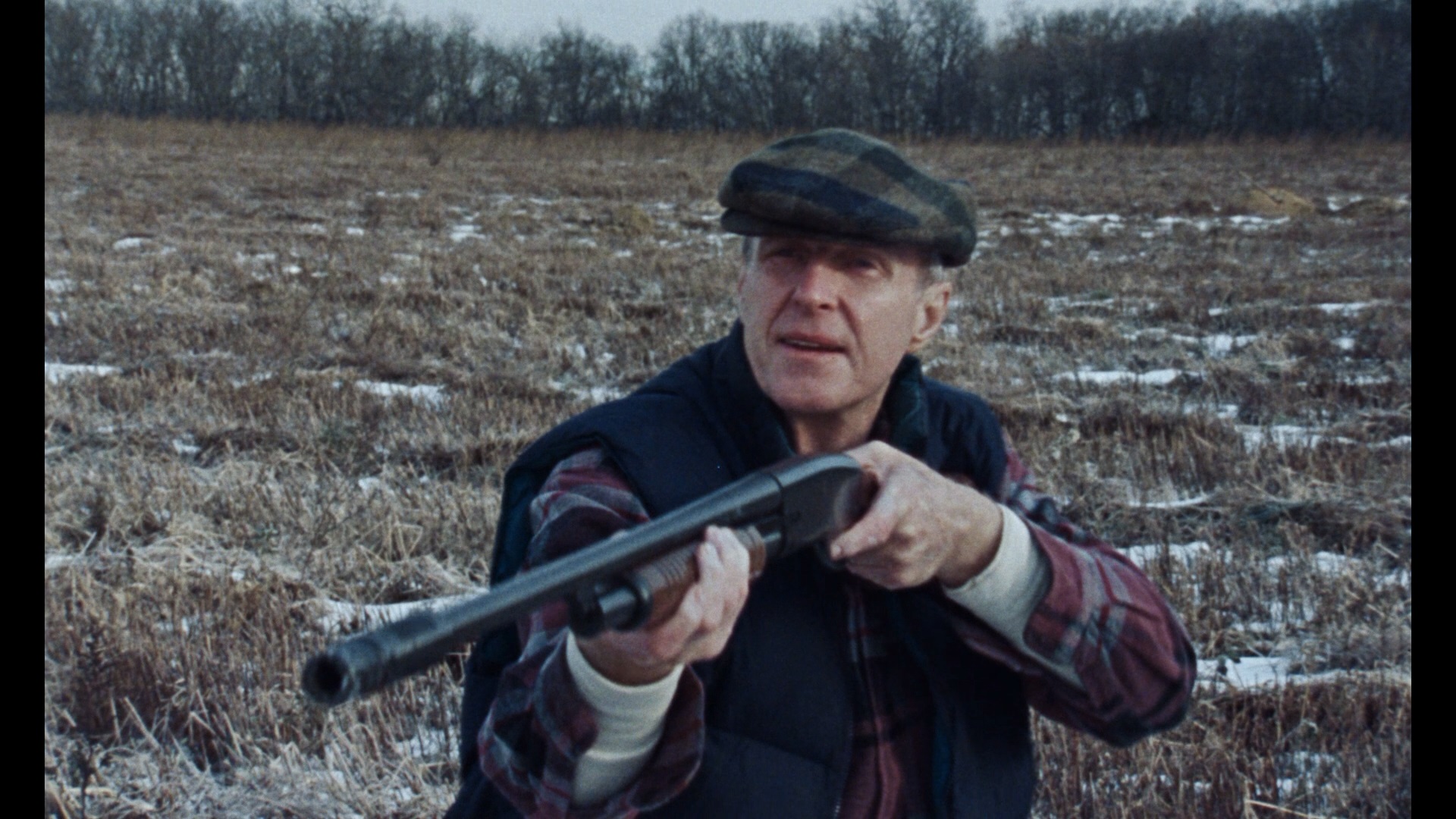 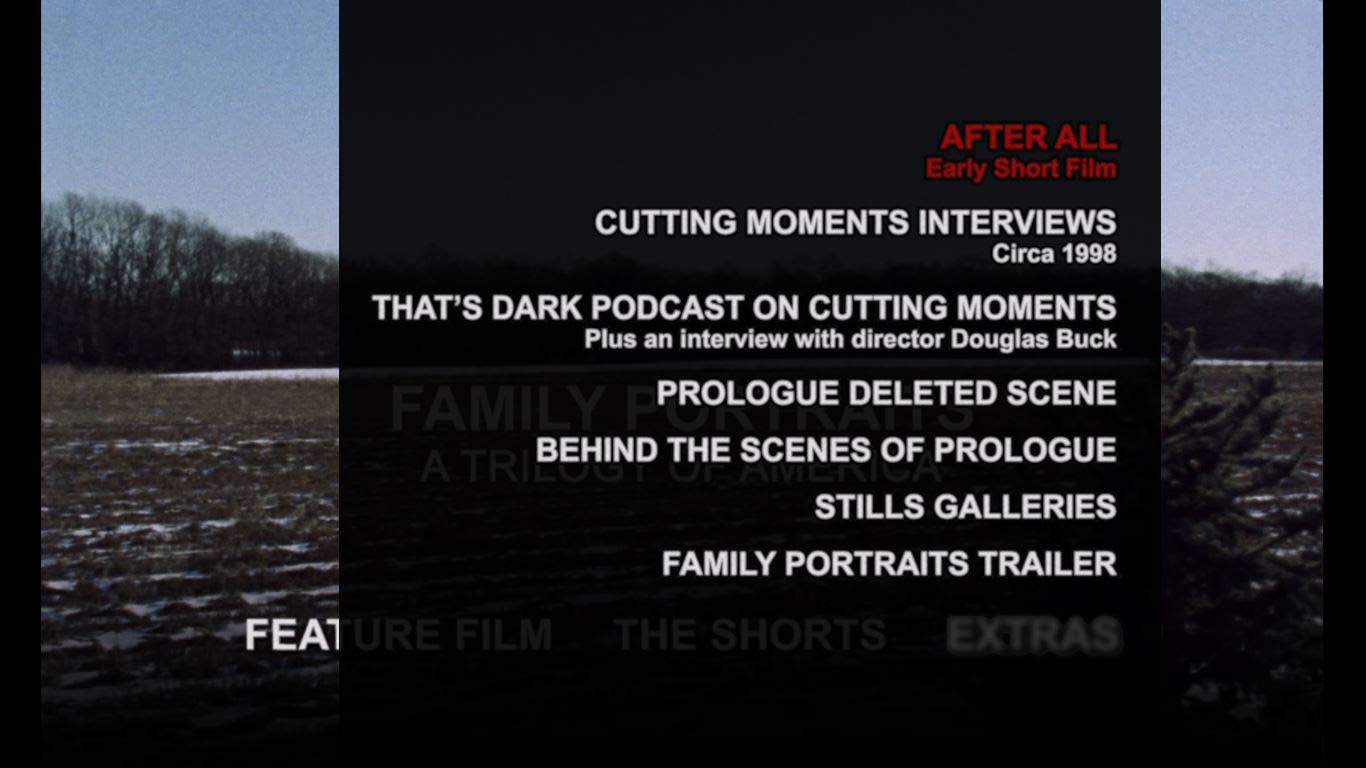 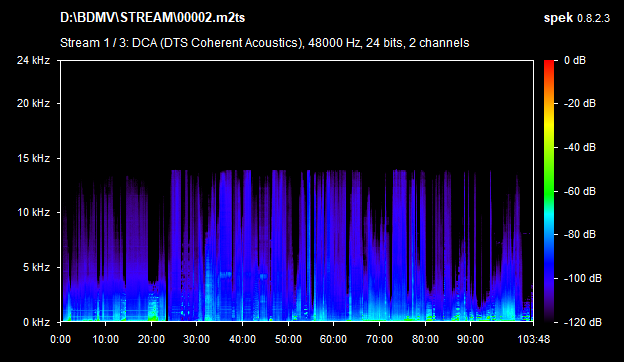 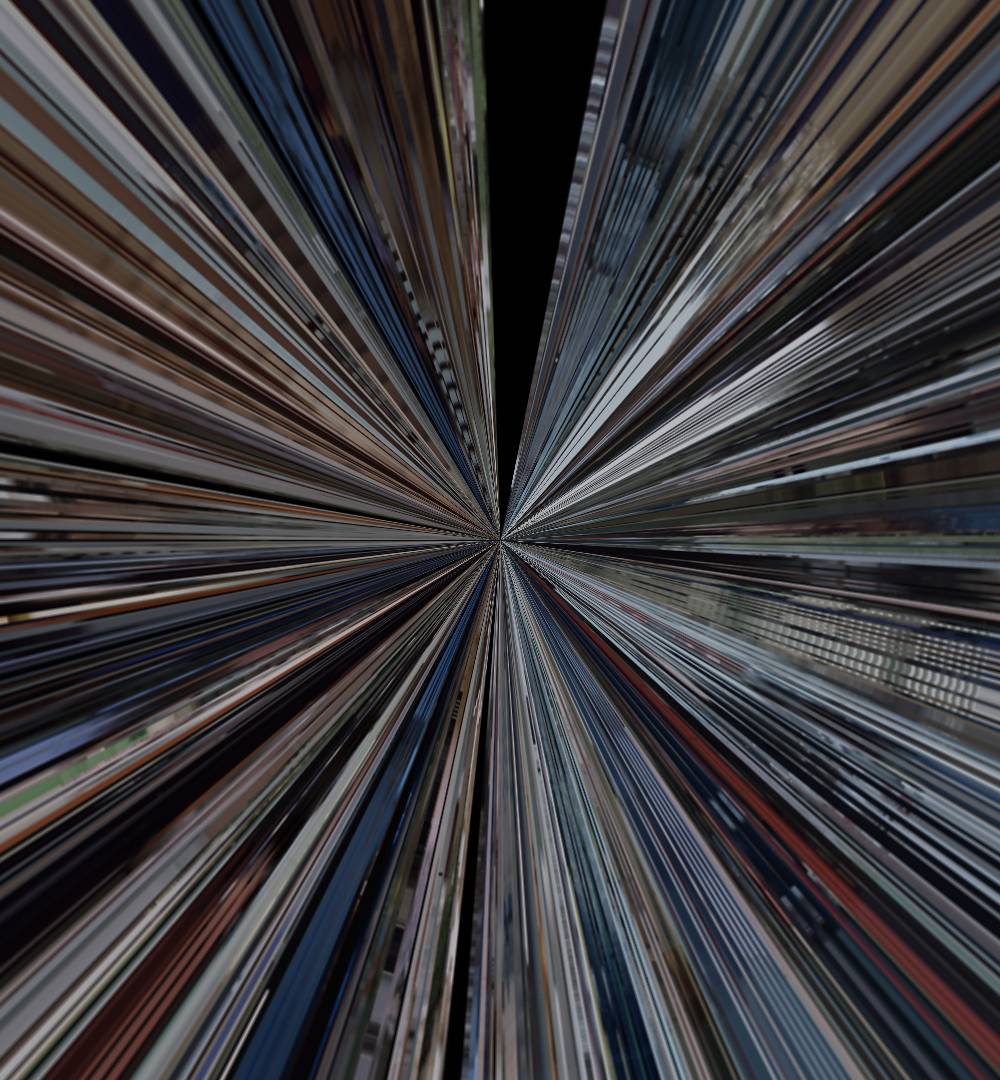 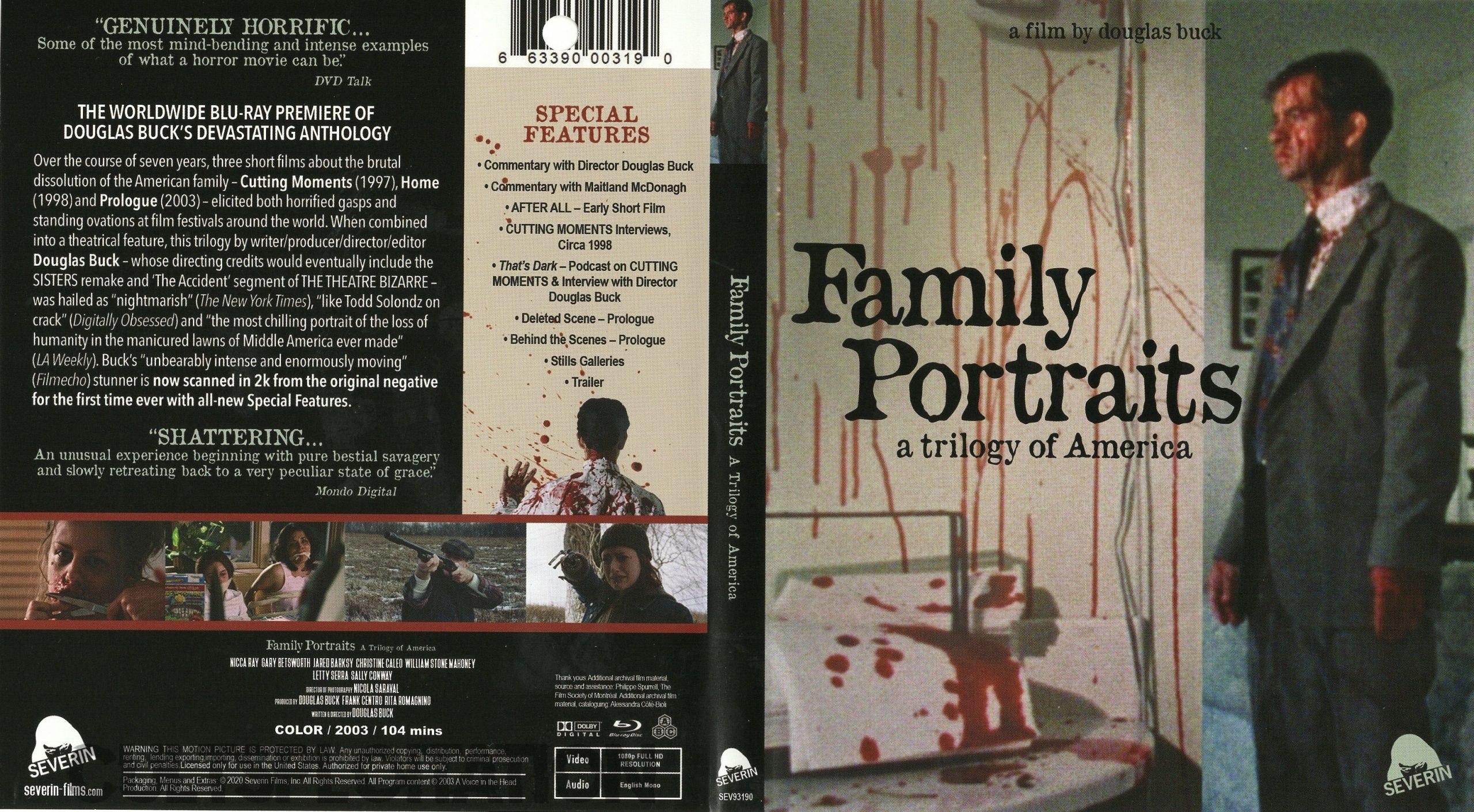 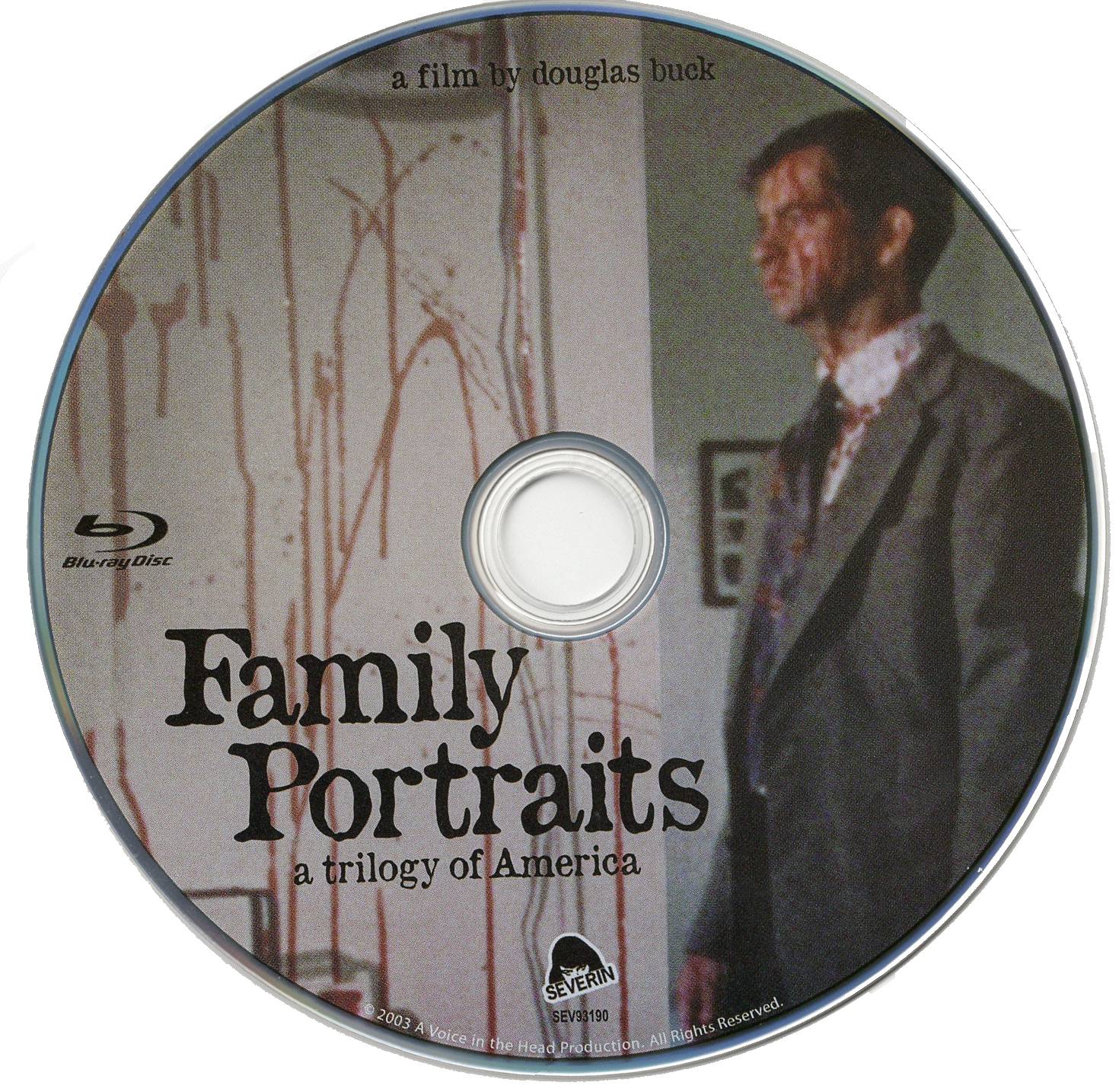