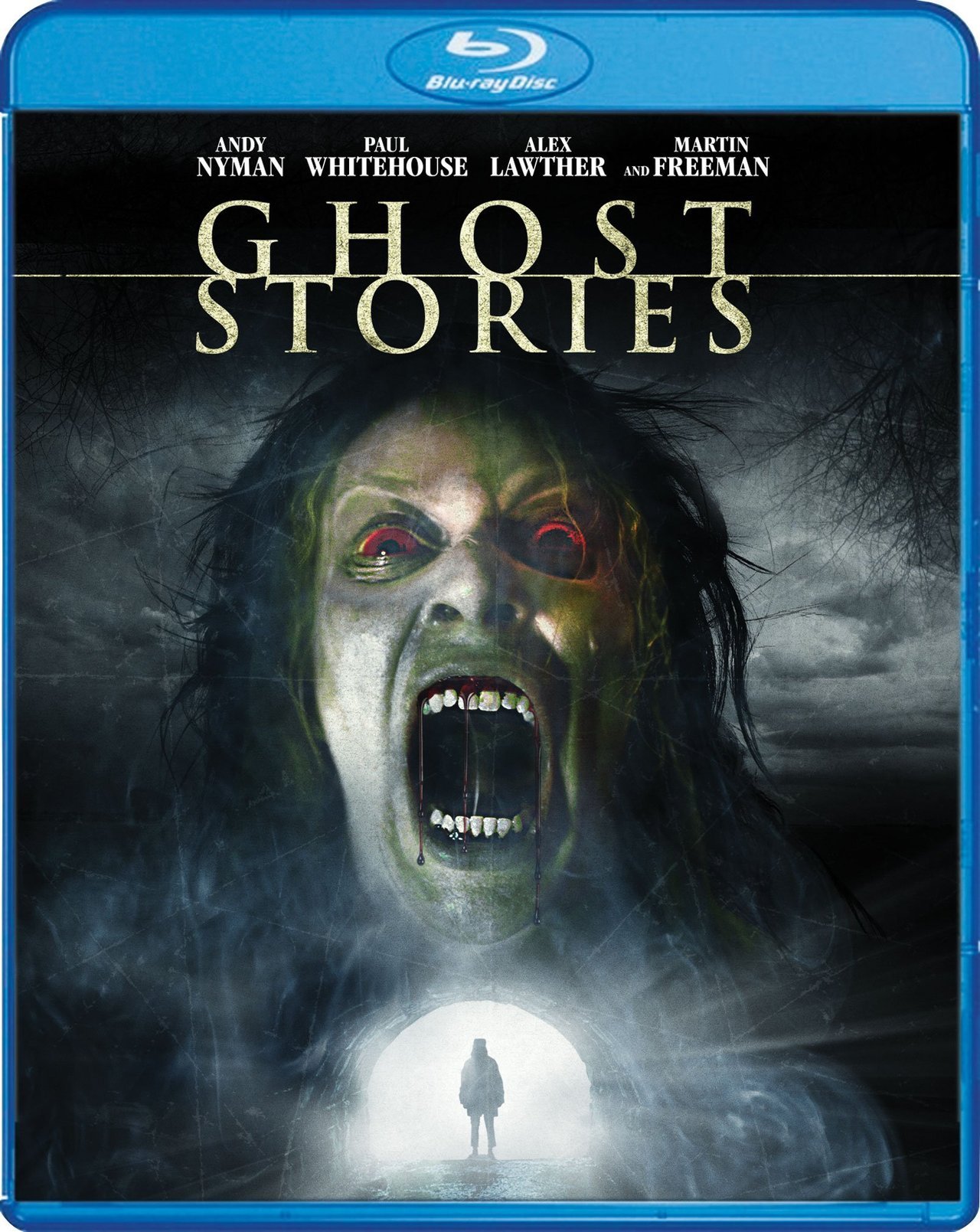 Ghost Stories is often effective during its creepiest moments, but its conclusion may upset some viewers. This Blu-ray is barren of extras, simply the film itself and a few IFC film trailers.
Film
Blu-ray
Reader Rating0 Votes
3.8

Andy Nyman and Jeremy Dyson co-direct Ghost Stories, a movie that plays off of its title in two different ways: it offers a traditional narrative, but it also explores three stand-alone ghost stories along the way. This leaves the film in a gray territory, not quite an anthology but also a bit more experimental than a regular storyline. Above all, though, Ghost Stories is often surprisingly effective with its tense atmospheric elements, up until a very divisive conclusion.

Nyman, who co-writes and co-directs, also stars as the main protagonist Professor Goodman, a paranormal debunker who goes around dashing the fraudulent activities of so-called ghost whisperers. His job, though, has led him to become an avid non-believer until one of his main inspirational figures calls on him to debunk three cases that he could never disprove. As Goodman digs into these cases, we see them manifest as miniature narratives.

Nyman and Dyson have the difficult task of crafting unique ghost stories; it’s easy to make a mediocre spooky tale, but it’s a lot harder to make one stand out from the pack. The first story, about a lone night watchman in an abandoned women’s asylum, is by far the creepiest of the trio – the building in which its filmed is dripping with atmosphere, and the slow pacing works to its advantage. The second story, about a boy traveling on a foggy wooded road who hits presumably the Devil himself with his car, is a bit less intriguing, though its requisite parts indicate that this could have been a much longer and more evocative idea. The final story follows a man (Martin Freeman) whose wife goes into labor, a birth that eventually kills her; he knows this because she comes to visit him after her death, and she’s not in a good place.

Ultimately, like any other anthology, Ghost Stories has its hits and misses, but Dyson and Nyman are good at generating suspense. Once the framing story begins to take a turn to explain the connection between the three stories, however, the audience’s acceptance of the twist will certainly help decide their overall enjoyment. The psychological games in the conclusion are interesting and a bit surprising, but the tendency for this plot shift to change the overall trajectory of the film’s story might not sit well with viewers. Though this reviewer wishes Ghost Story went in a different direction, the ending is still good enough to warrant the twist.

Ghost Stories is a well-developed trio of spooky tales that work well alone; it’s when the film attempts to conjoin them that things get a bit messier. Still, this is an affecting viewing experience that should suck in paranormal fans from the get-go, with eerie moments and a solid overall cast.

Scream Factory’s Blu-ray, in partnership with IFC Midnight, is bare-bones: the film quality looks quite good and there’s an option for both 5.1 and 2.0 DTS-HD Master Audio tracks along with English or Spanish subtitles, but there are no extra features whatsoever which is certainly a bummer.