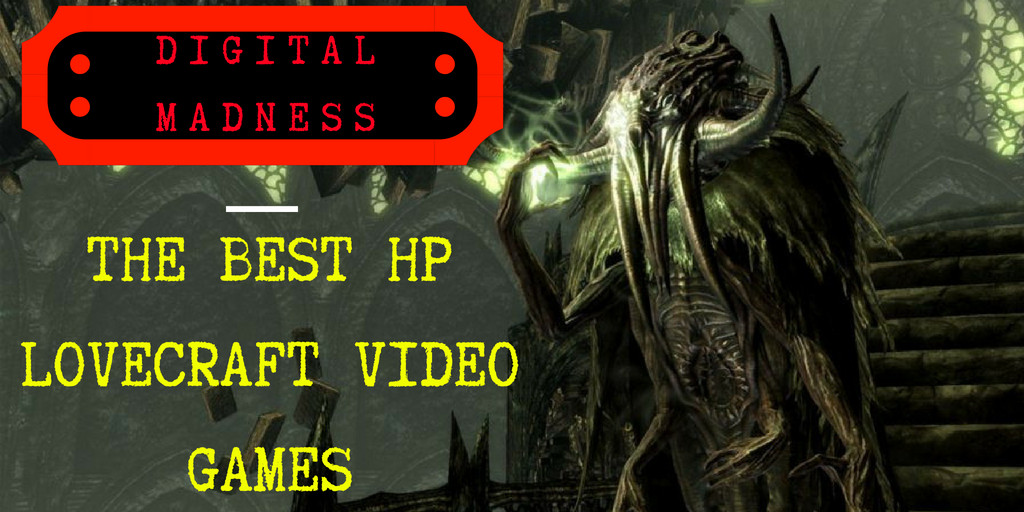 The world of H.P. Lovecraft is not confined to only the pages or the screen. Lovecraft comes in all forms and the one type we want to talk about today is video games. There have been several attempts at allowing players to adventure through the mind of Lovecraft, but most efforts have not been commercial successes. Commercial success or not, some video games offered enough Lovecraftian fun to warrant this list of the best Lovecraft games.

The Hound of Shadow

Released in 1989 by Eldritch Games, The Hound of Shadow is a point and click adventure steeped in the Lovecraft universe.

Although technically not a Lovecraft game, the story and atmosphere borrow so heavily from Lovecraft it would be criminal not to include this fantastic game on the list.

While Bloodborne never explicitly references Lovecraft, it’s hard to deny his influence all over the city of Yarnham and the lands beyond. Elder gods, complex lore, and gigantic beasts certainly smack of the Cthulhu mythos. And it’s a damn fun game.

Call of Cthulhu: Dark Corners of the Earth

Released on Xbox and PC in 2005, Dark Corners of the Earth was a commercial failure, yet the game is still enjoyed by many years later. The HUD-less design of the game was inventive for its time.

Initially released in 2007 as a first-person adventure game, a remastered version was released in 2009 offering a third person perspective and improved graphics. Heralded as one of the best Sherlock games, this is one game worth playing.

One would think the last place to look for Lovecraft influence would be in Call of Duty: Black Ops, but third iteration of the game actually created an entire city that was reminiscent of Lovecraftian lore. Morg City, the area in the game’s first Zombie map “Shadows of Evil,” is complex and sprawling with a lot of references to Cthulhu and symbolic statues.

Call of Cthulhu (we hope!)

All of these games, though, were previously released – and we’re super excited for the newest Lovecraft-inspired game to be hitting stores in October. The Call of Cthulhu will be releasing October 30 for PS4, Xbox One, and PC, and it’s described as an investigative RPG that looks extremely eerie.

There are a lot of other Lovecraftian video games out there that we didn’t cover. Let us know some of your favorites in the comments.