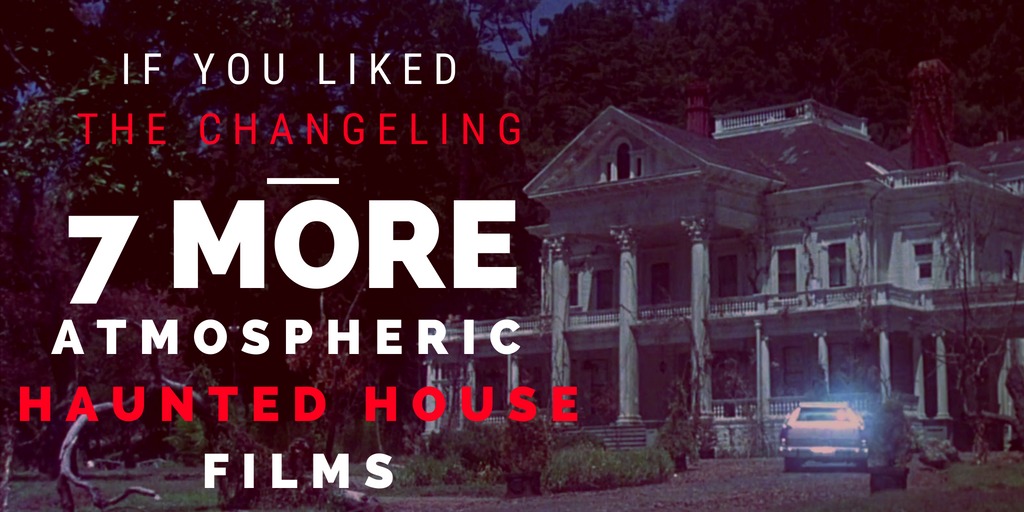 If You Liked THE CHANGELING: 7 More Atmospheric Haunted House Films

The Changeling has become one of the most iconic haunted house films of all time, not because of jump scares or special makeup effects but due to its completely atmospheric qualities. Primarily, that boils down to making an effective haunted house setting, a spooky dark manse full of ominous hallways and unexplained noises.

The 1980 film was not the only one to utilize a house as a symbolic character, though; there have been a lot of horror movies before and since its release that excelled due to the atmosphere of its primary setting. We’ll take a look at seven other films that are similar in theme, tension, or tone to The Changeling. And if you haven’t checked out our review of the Blu-ray from Severin Films, take some time to do so now before you move on to the list.

Let us know what you think of our picks in the comments and any you’d include.

1976’s Burnt Offerings is a wild ride. The film literally makes its spooky-looking house into a character, a life-sucking force that causes its occupants to kill each other to help sustain the building. It has shades of later films including 1977’s The Sentinel and The Changeling, but its unique blend of ideas makes it a fun haunted house film with suspense. Also based on a book by Robert Marasco.

The Legend of Hell House

Also based on a book but even earlier than Burnt Offerings is The Legend of Hell House, one of my all-time favorite haunted house movies. Hell House truly feels monumental and overpowering, and the mansion literally looms over its characters throughout the film (as you can see in the picture above). Richard Matheson’s novel is grandiose and engaging, but the adaptation to screen is an example of a story getting better with its film treatment – and the inspiration from Shirley Jackson’s The Haunting of Hill House is truly apparent.

I Am the Pretty Thing That Lives in the House

I Am the Pretty Thing That Lives in the House was a divisive film when it released to Netflix in 2016, but one thing that does stand out from it is its natural evocation of slow-burn ’70s and ’80s haunted house thrillers. This is a Gothic chiller with odes to its older brethren, and the glacial pacing either amplified the suspense or turned audiences off from Osgood Perkins’ story. Regardless how you feel, it certainly does belong on a list of films that can sit alongside The Changeling, though your mileage may vary.

We probably could have used any Amityville film (even the dreadful Amityville: The Awakening) for this list, but there’s something about Amityville 3-D that – ahem – pops out at you. Maybe it’s the ridiculous 3D effects obviously added to the film due to the popularity of the time, maybe it’s the over-the-top antics, maybe it’s Meg Ryan’s presence in one of her earliest roles. Whatever the case, Amityville 3-D certainly can’t match the overall terror of The Changeling, but it sure can layer on the cheese.

Alright, let’s face it – Rose Red hasn’t really aged that well since it aired as a miniseries in 2002. But for me, it’s still hard to forget watching that three-part series: it pushed some boundaries even while sitting very comfortably in a niche surrounded by Stephen King’s own The Shining and The Haunting. Still, the film is able to craft a pretty compelling character out of its spooky regenerating haunted house, itself based on the Winchester house that was purportedly built under ghostly command (surprisingly, it seems a love of carpentry isn’t lost after death). While the effects and writing are a bit dated, the idea of Rose Red is definitely ageless.

This one takes us outside of the usual haunted house for a different type of setting – an asylum. As a group of hired cleaners are sent to the asylum to clean up asbestos, the guys slowly start experiencing strange events that begin to drive the men crazy. Session 9 delivers copious amounts of atmospheric tension that drives the film forward to a conclusion that will have you scratching your head, while the rest of you is covered in goosebumps.

I, Michael Tatlock, take full responsibility for choosing this movie to add to the list. Most won’t find the release very atmospheric or spooky, and the film moves at a plodding pace, which will probably bore most viewers. However, Chasing Sleep starts messing with you as soon as the opening credits finish. Jeff Daniels puts in a solid performance as the man who after finding his wife missing, slowly starts going mad inside his home. Hallucinations abound, twists and turns aplenty; Chasing Sleep is one haunting horror film worth watching over and over again.

Others that we didn’t cover: The Haunting; House on Haunted Hill; The Awakening; The Lady in White; Ghost Story; The Evil; The Sentinel 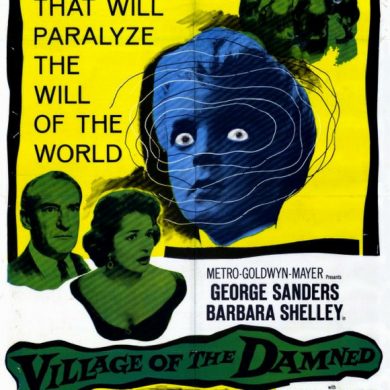