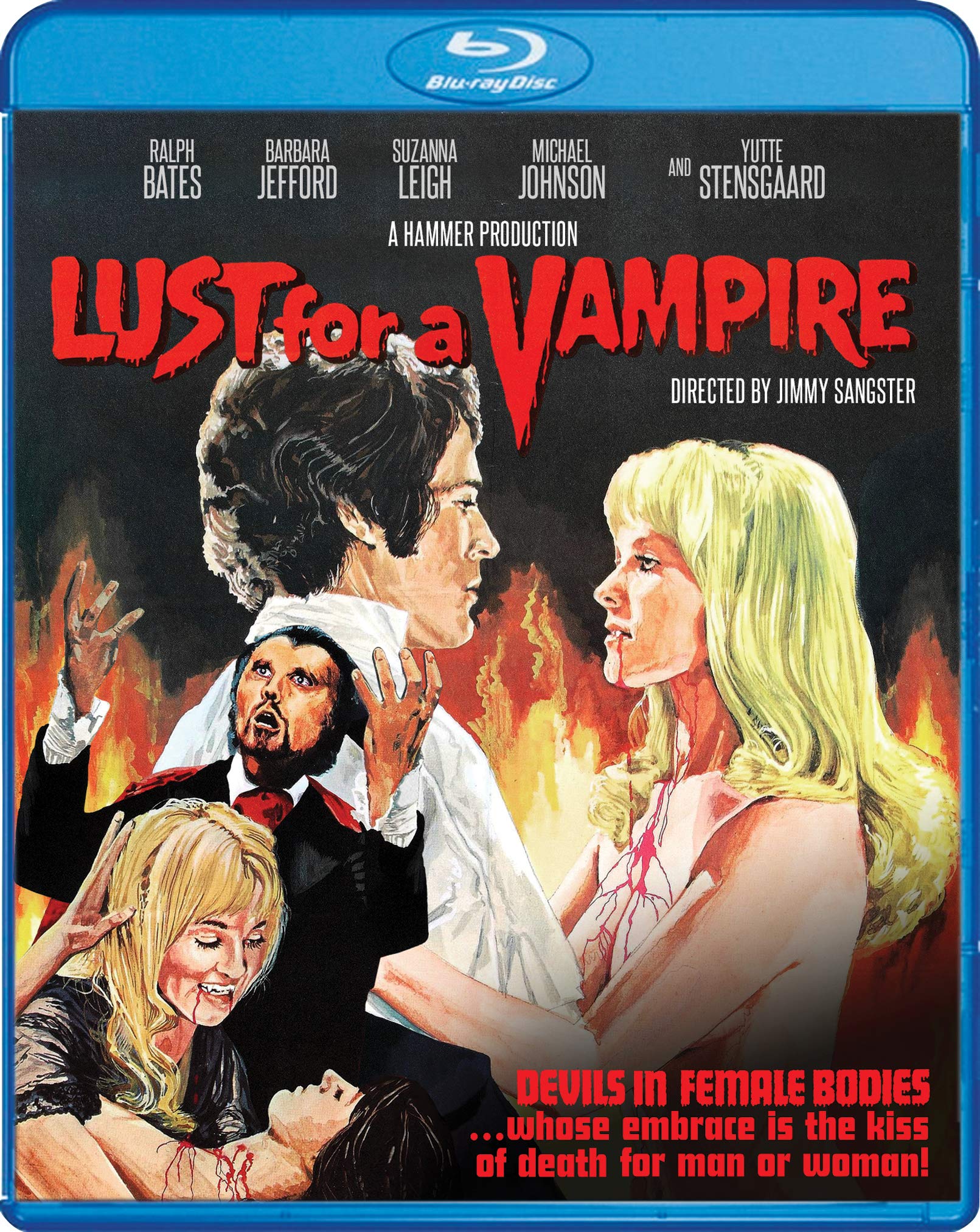 Push-up bras putting in the work

Lust for a Vampire is Jimmy Sangster’s very loose “sequel” to 1970’s The Vampire Lovers, and it continues the sexy exploits of Carmilla/Mircalla/Marcilla (this time around played by Yutte Stensgaard taking over from Ingrid Pitt), a seductive vampiress influenced by Sheridan le Fanu’s tale of undead debauchery. This time around she’s haunting the grounds of a girl’s school in the 19th century that happens to be very close to the purportedly vampire-infested Karnstein Castle. And unfortunately for the somewhat pervy Richard Lestrange (Michael Johnson), she has such an entrancing quality about her that he can’t help but fall in love despite an unrequited love interest in Janet (Suzanna Leigh). Did I mention that he is having an affair with one of his pupils?

Sangster’s film is effectively a reiteration of The Vampire Lovers with an expanded cast of characters and a little less lesbianism, with some schoolgirl charm along with Richard’s lascivious intentions. Much of this Hammer film revolves around the will they/won’t they aspect between Mircalla and Richard, both of whom seem immediately smitten with the other despite the obvious Romeo & Juliet problem inherent in a vampire/human relationship – Mircalla is designed to drink people’s blood, while Richard just wants to touch some boobs. (And I will say that push-up bras had their work cut out for them in this movie; I suspect a majority of the budget went to that.)

The major issue with Lust for a Vampire is that the middle portion of the film is incredibly slow, with a plot that really seems to be working toward nothing in particular. There are a couple of murders along with the odd Giles (Ralph Bates) attempting to become something like a familiar to Mircalla by cleaning up her messes, but for the most part, viewers will have to be sated by the bevy of bountiful busts splashed across the screen while the film languishes without much story. Eventually things get a bit more intriguing when a murdered girl’s father demands an exhumation of her body – a juicy part played well by David Healy – but Lust for a Vampire is supremely frustrating throughout much of its runtime, a situation that certainly shouldn’t occur in a film with this much flesh and vampirism.

Lust for a Vampire doesn’t quite capture the fun and eroticism of The Vampire Lovers, but it is a fair entry in this series of films featuring Carmilla. Fans of Hammer vampire stories will find something to feast on, but other viewers might find the film a bit dull.

Scream Factory has released Lust for a Vampire on Blu-ray with a new 4k scan of of the camera negative with 1.85:1 aspect ratio, which appears to be the film’s first Blu-ray release. The new scan is fairly good with a medium-heavy grain field that can at times look a bit streaky. Close-up shots reveal some softness here, especially in darker scenes (for example, Richard first entering Castle Karnstein), but the rest of the film does preserve a majority of detail and the color timing is very well-done, preserving the greens and deep reds of Hammer blood. Damage and debris are minimal. This transfer may not blow viewers away but it does a serviceable job with the original negative.

Audio is presented with a DTS-HD MA 2.0 mono track, which sounds quite good with a minimum of hiss. Dialogue is clear and sound effects and score are well-represented. English subtitles are also included, with a recurring error of replacing “b” letters with “h.”

Extras include a new interview with Mel Churcher that runs a scant three minutes, though she does appear to look back on Lust for a Vampire with some fondness and jokes about the name change from a less exploitative title. Also included is a new audio commentary from film historian Bruce Hallenbeck, along with an older commentary with Jimmy Sangster, Suzanna Leigh, and Marcus Hearn. Of note, Scream Factory includes the film with an alternative 1.66:1 aspect ratio which is a purported way it was shown in UK cinemas (though there is much dissent on this). The transfer is the same but the audio is lossy Dolby Digital.

While this reviewer does not feel Lust for a Vampire is one of the better Hammer vampire flicks, Scream Factory has given it a good release with a fairly good 4k scan and a number of extras including two aspect ratios of the film.